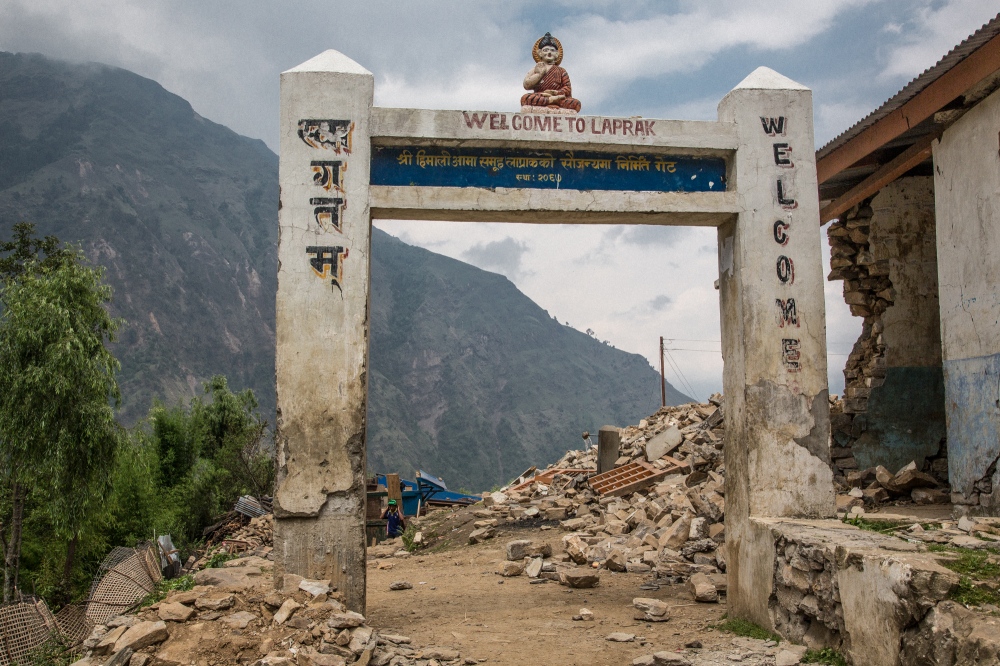 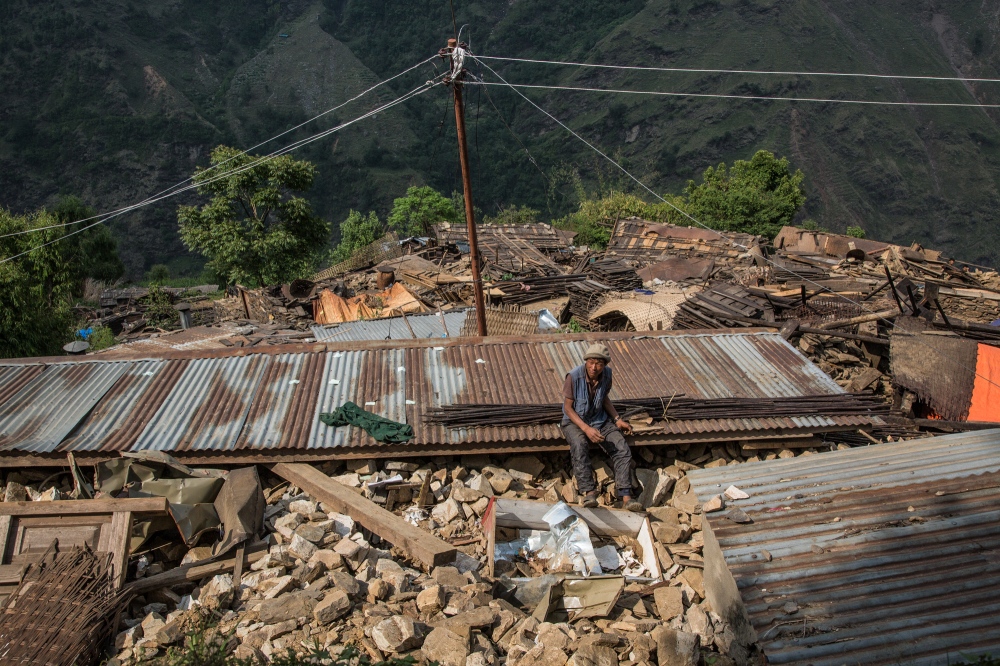 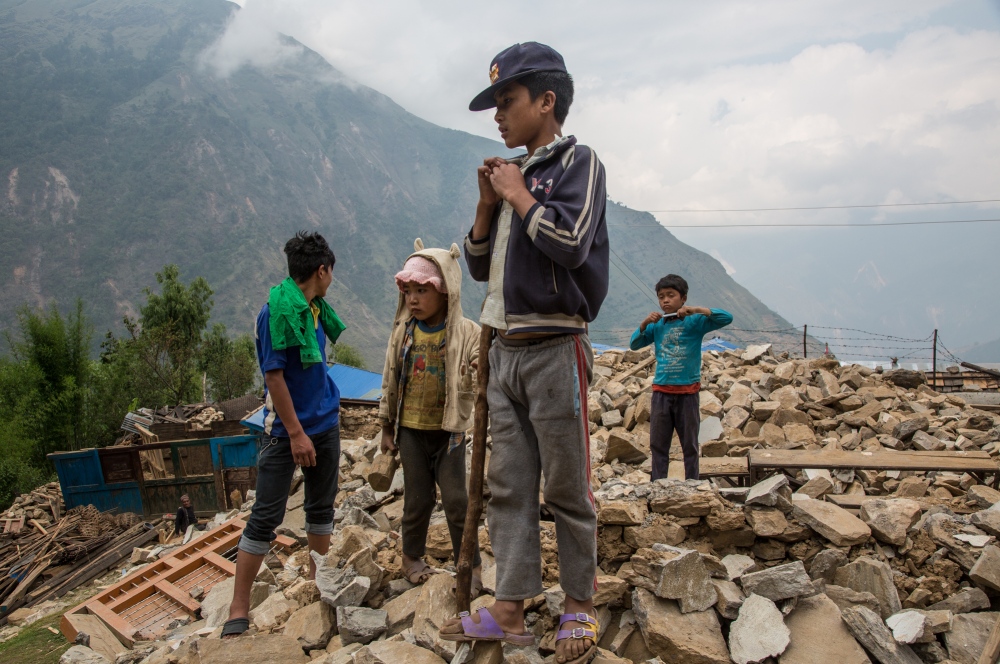 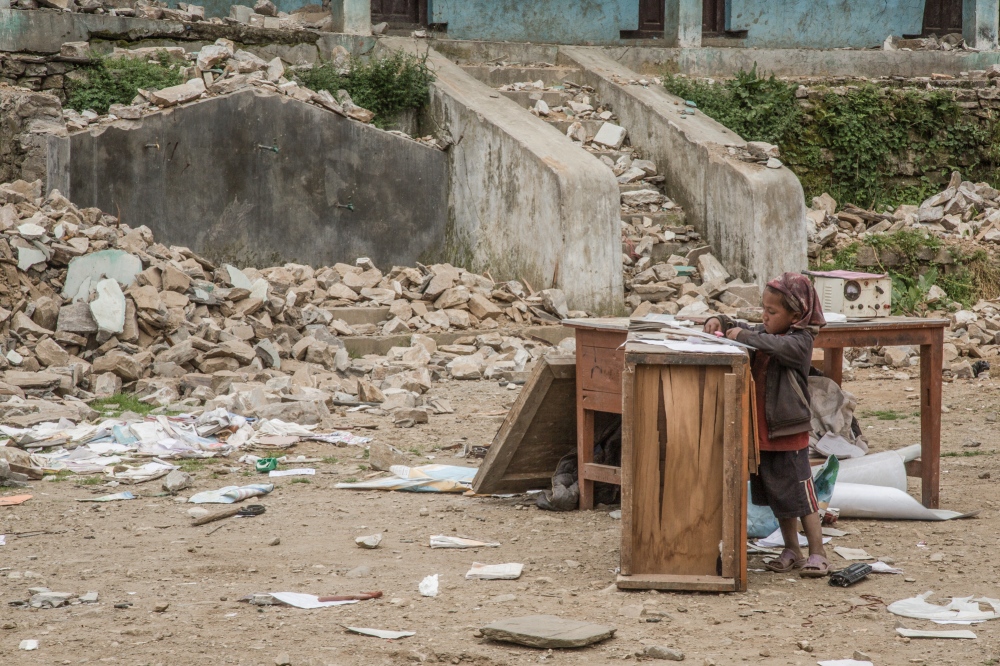 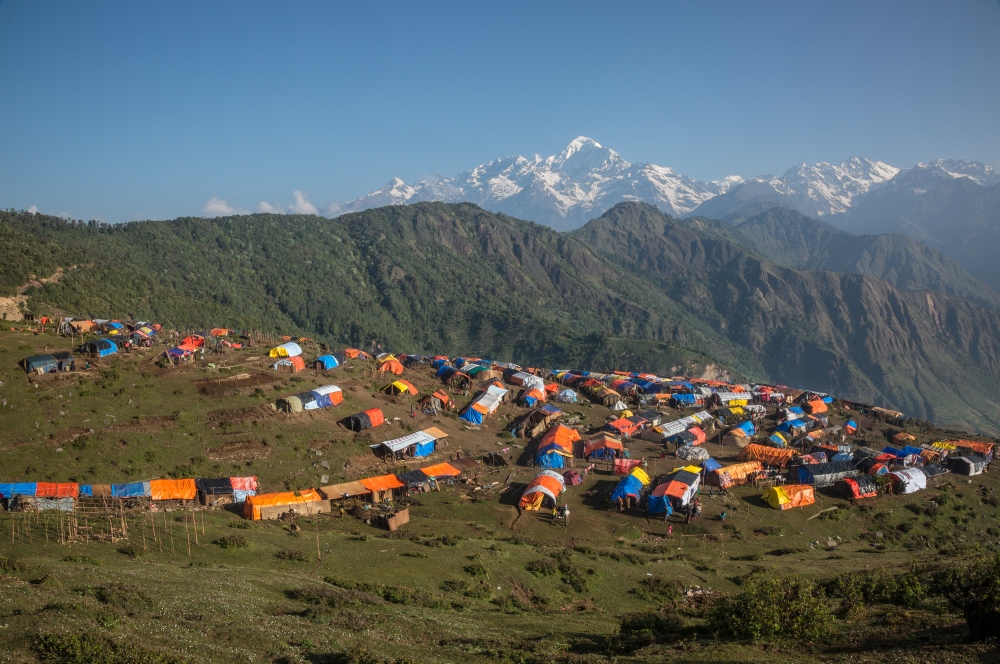 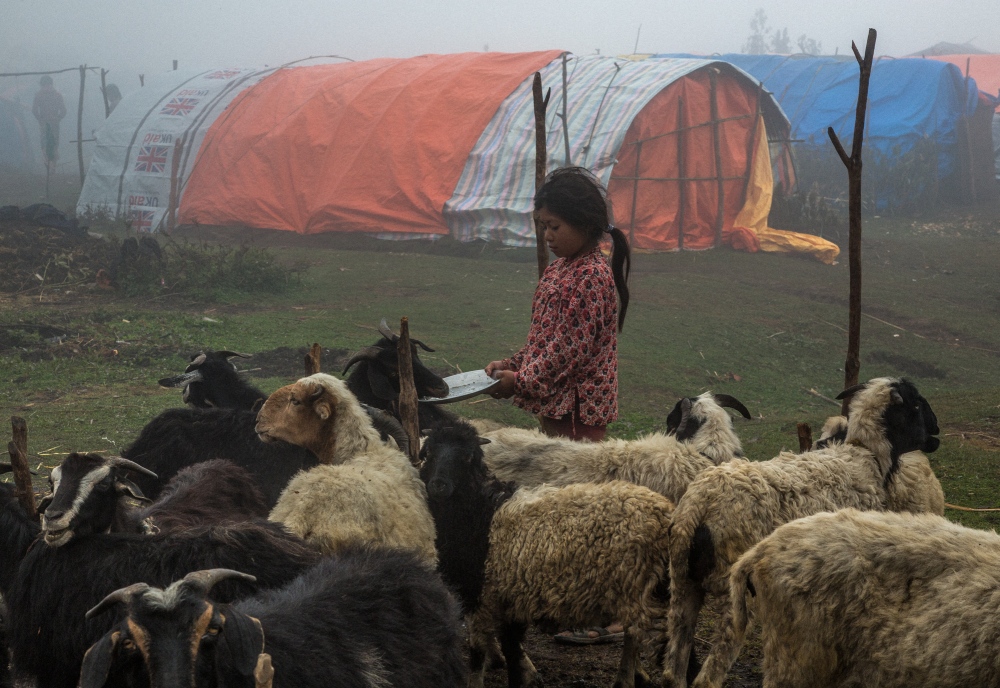 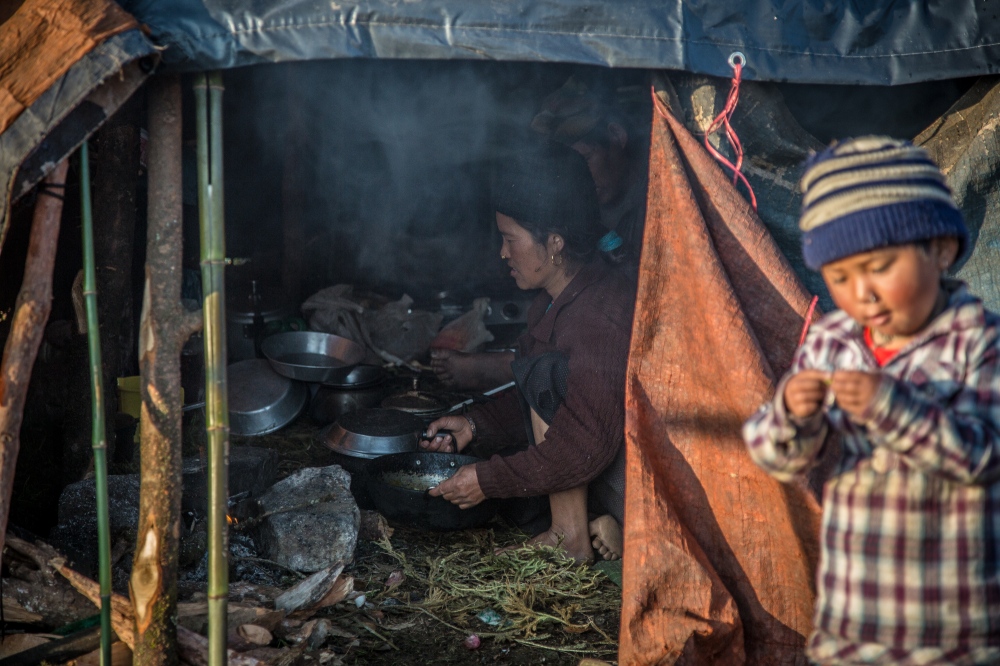 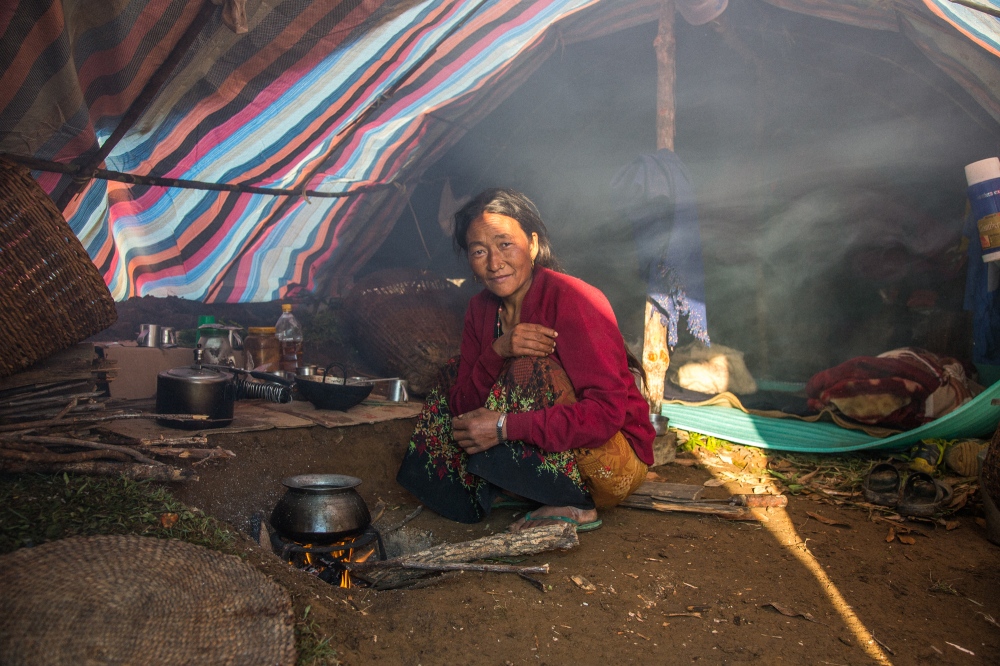 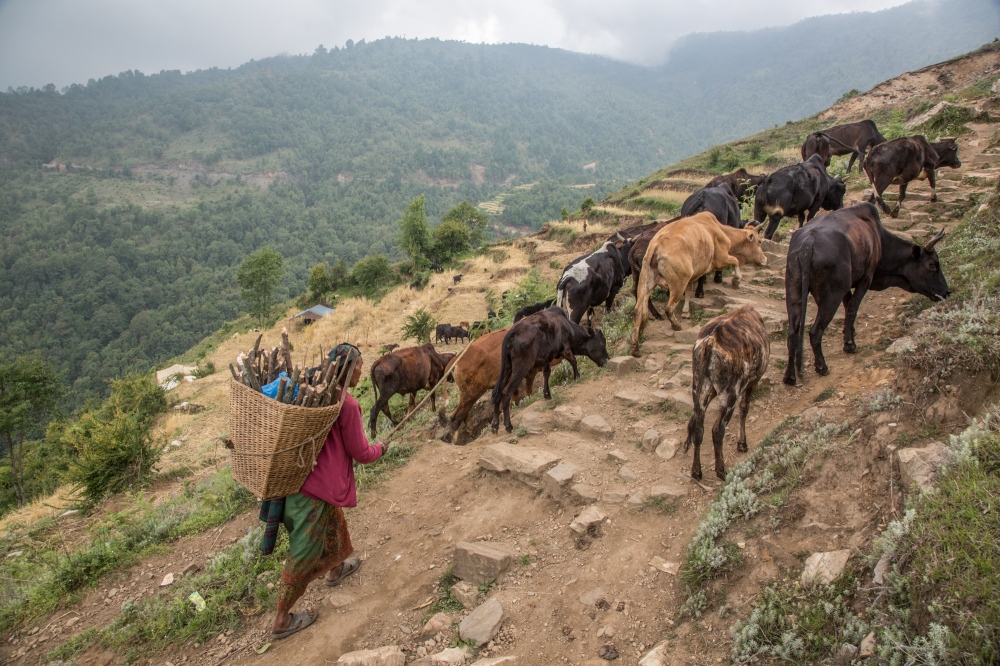 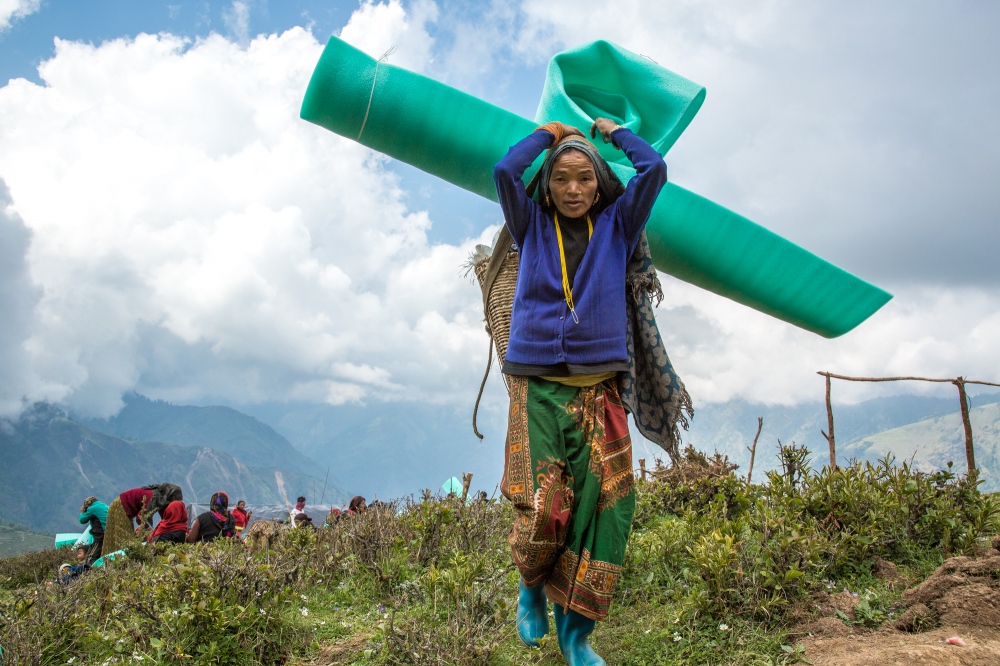 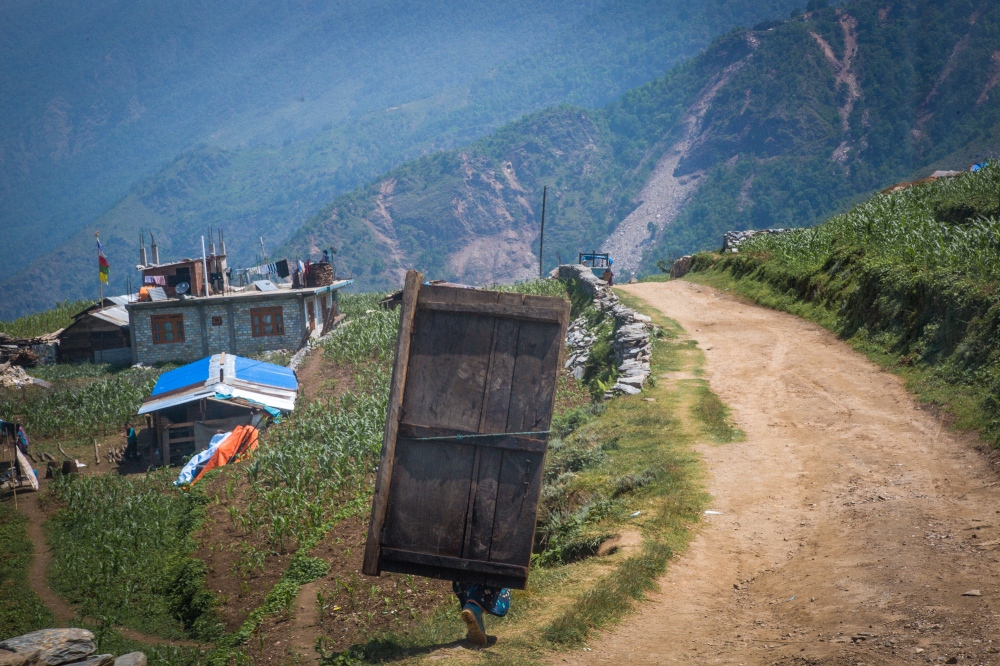 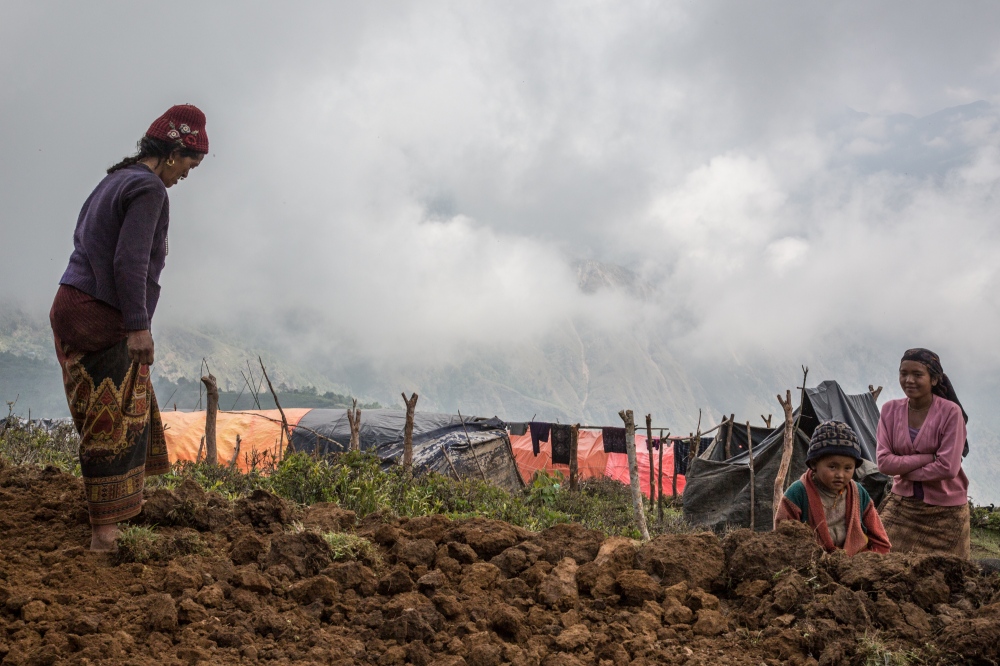 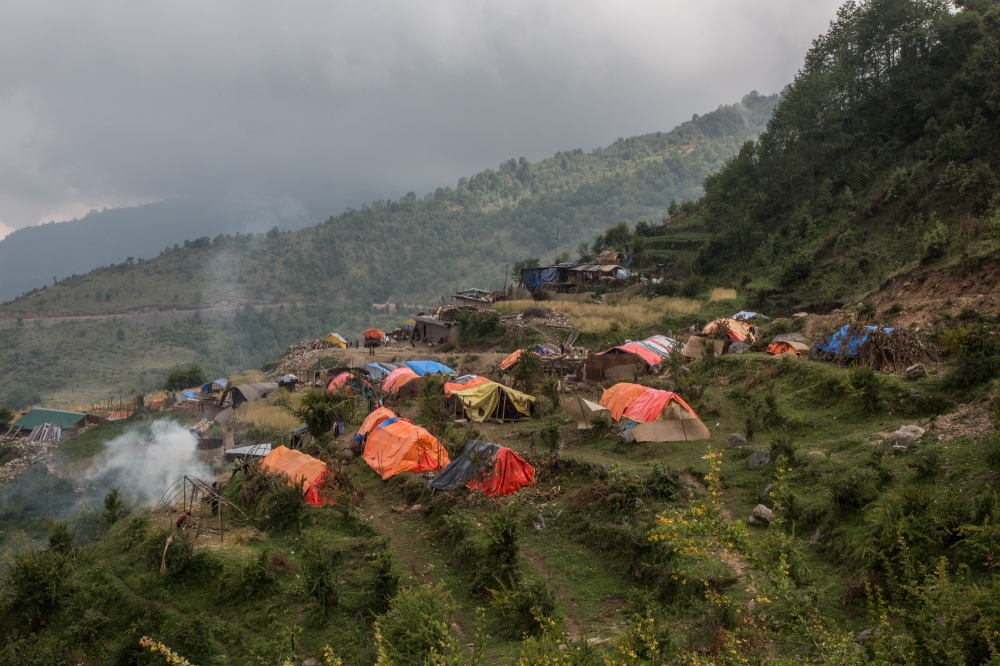 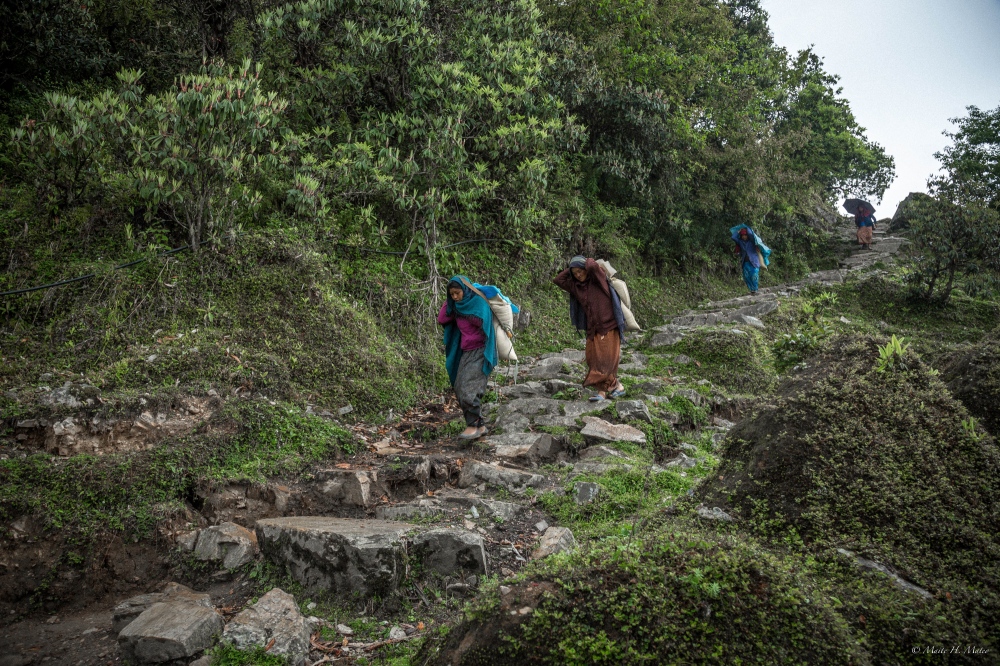 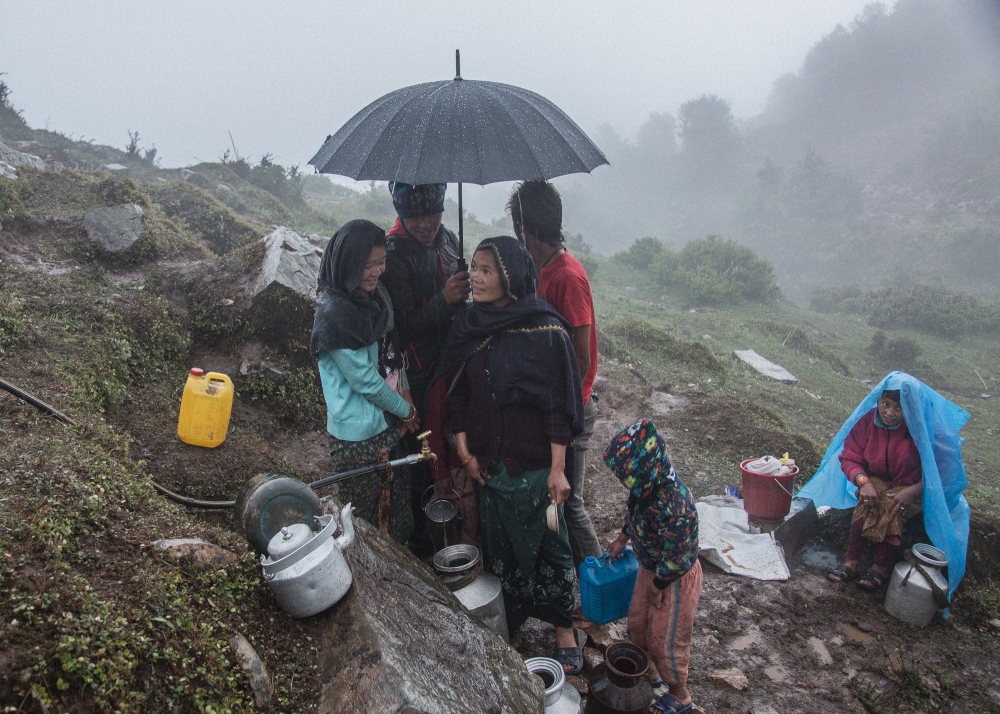 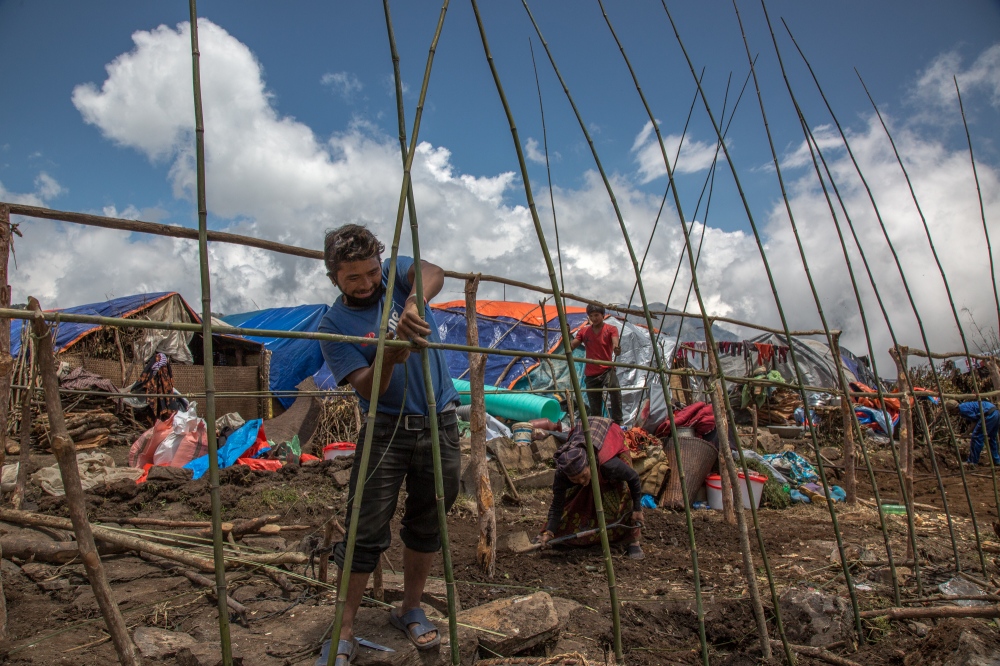 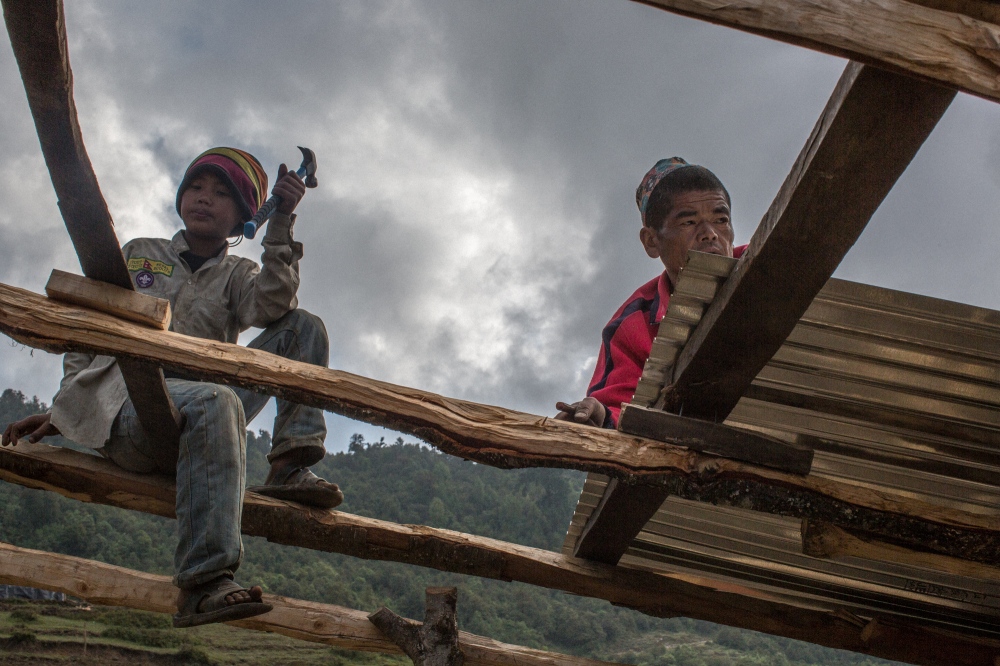 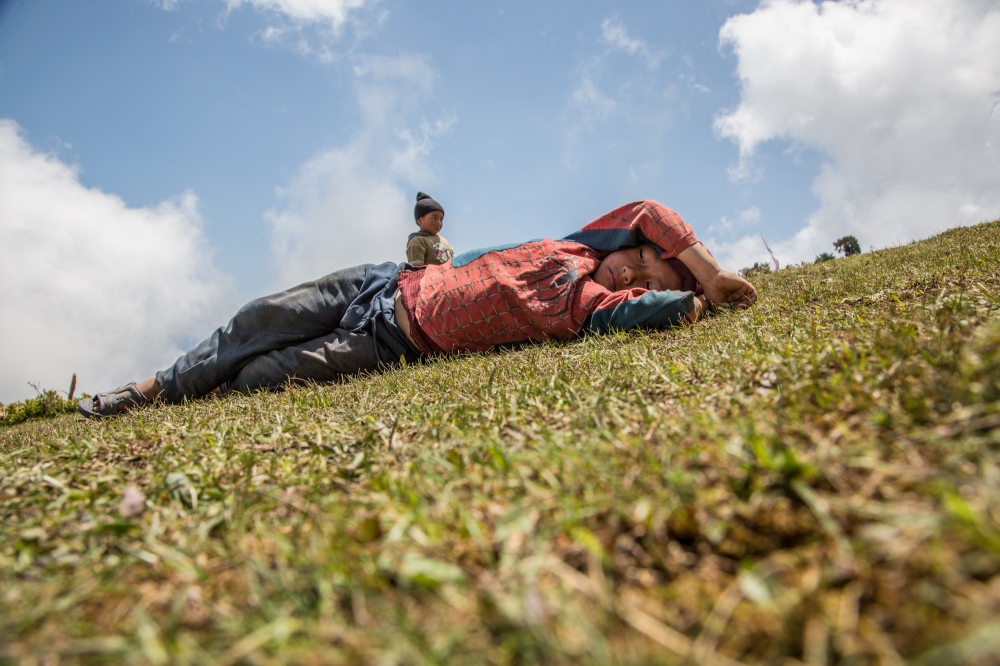 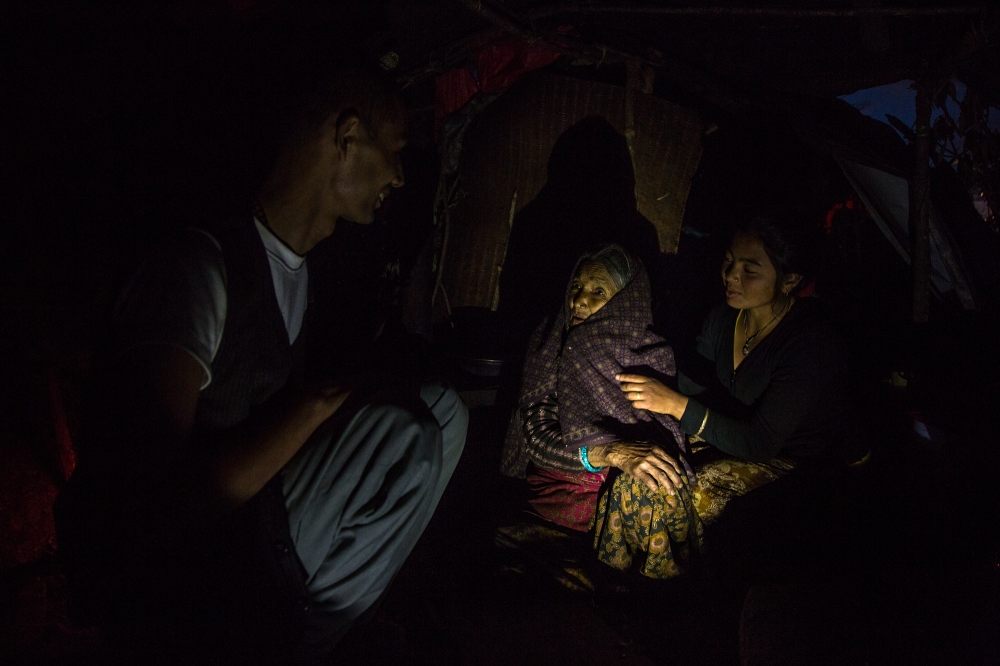 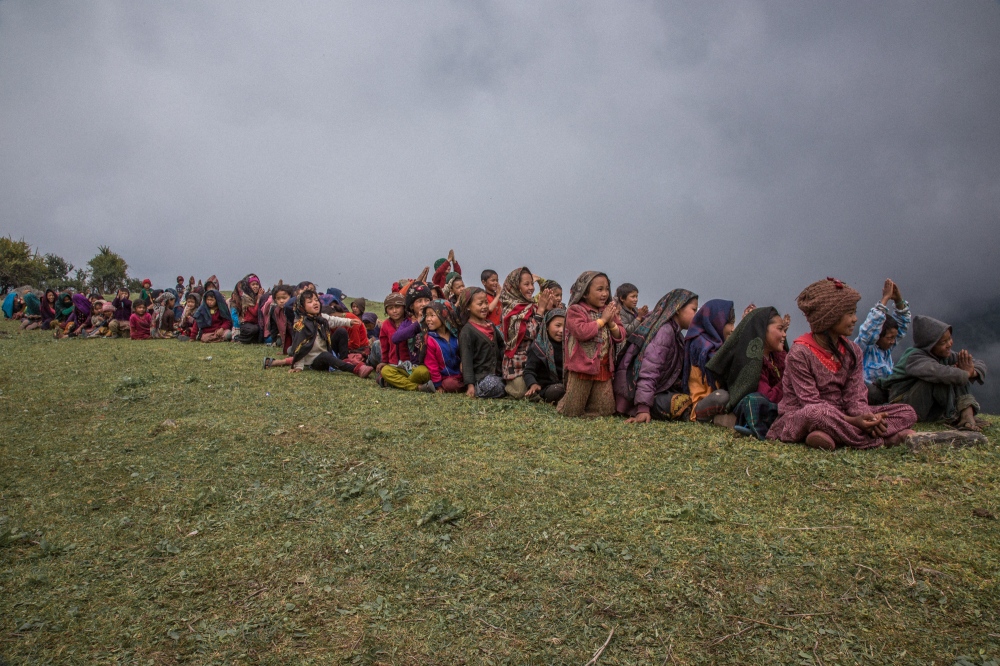 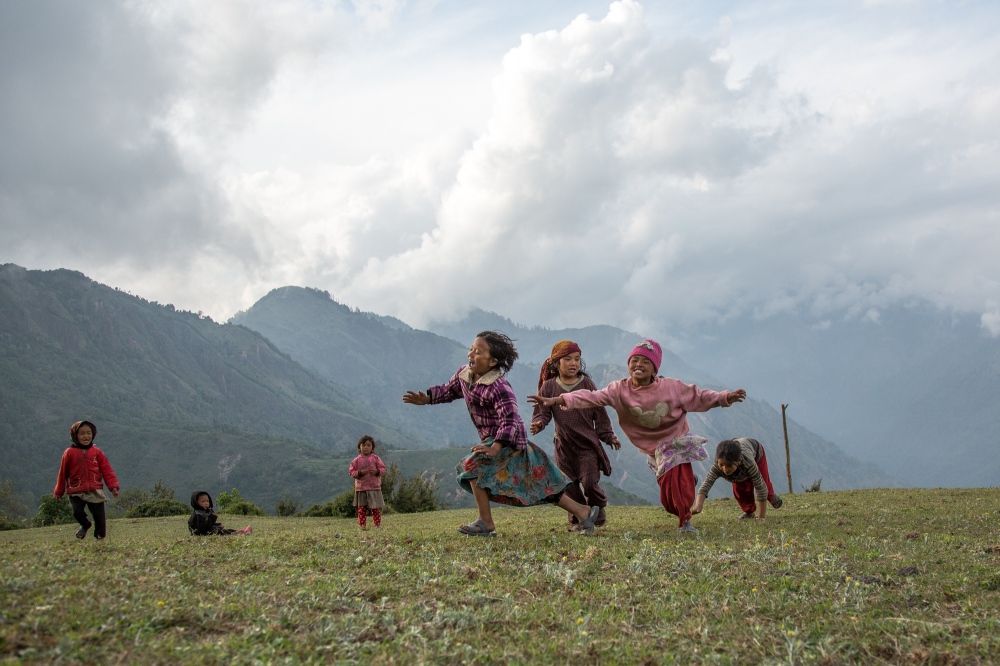 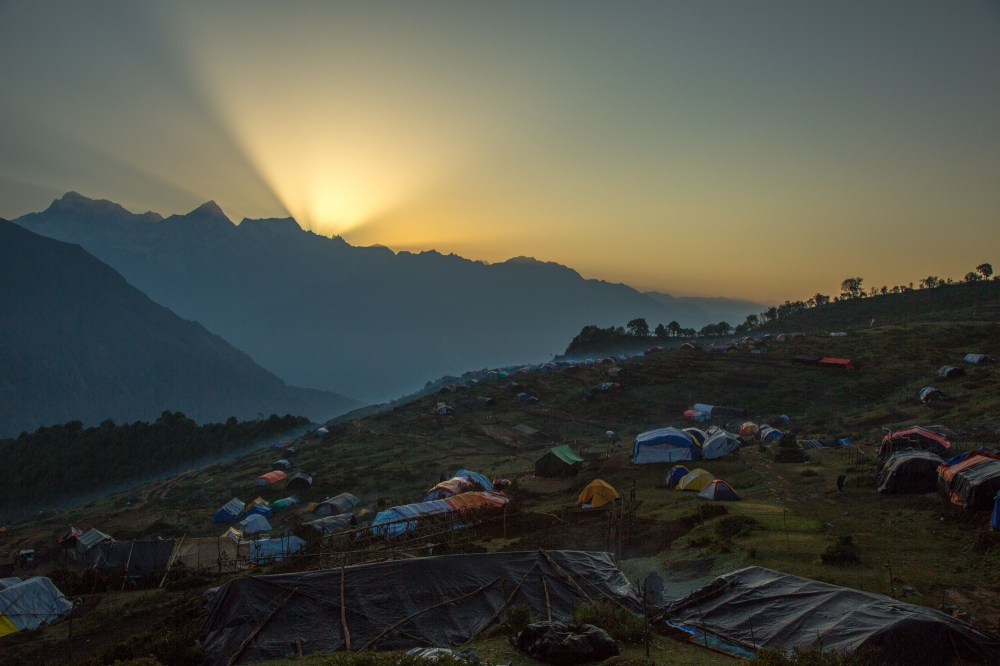 Corruption earthquake Environment Health/Healing Homelessness nepal Photography Photojournalism
A year under a tarpaulin
maite hernandez
Apr 11, 2016
Laprak was near the epicenter of the catastrophic 7.8-magnitude earthquake that walloped Nepal on Saturday April 25, 2015. It was the worst earthquake in almost a century. More than 8,300 people were killed and more than half a million became homeless.
With a population of 4,300, Laprak was totally destroyed, 19 people were killed and more than 100 injured. In the hours after the earthquake, villagers gathered whatever they could rescue and walked more than two hours to climb the steep trail until they reached Gupsi Dada, at 2,700 metres, a piece of empty flat land, safe from landslides and falling buildings  600 above its original location.In this makeshift settlement  they set their tents made by bamboo and covered by tarpaulins.
The roads were blocked as rocks tumbled down the hills with no access to the roads, villagers in Laprak
didn’t get help for days until the government starting flying helicopters and several NGOs and volunteers started to open new alternative routes and hired sherpas to sent rice and assistance in remote ares, but for almost two weeks, they didn’t see a single gran of rice.
However their new shelter of tin roof and tarps offered little protection against the rain and the cold overnight.
One year later they are still living under the tarps. They survived the hard winter with strong snow storms and cold. Nepal's reconstruction authority (NRA), which it was meant to oversee the rebuilding, was only set up in December last year after months of political bickering, despite donor pledges of billions in aid.
Quake victims of Laprak in Gorkha district have started building their houses after being frustrated with delay in the government-promised grants. Many locals have been joining hands to help each other repair and construct their damaged houses. They said they do not want to spend another monsoon and harsh winter in makeshift tents and would rather repair their old house than wait for the government to help them.The community is rebuilding their houses with the materials of their quake-devastated structures, pebbles wood and clay but no cement. They want to bring back the old Laprak, peculiarity and bring back the tourism.
Now the monsoon would approach soon and they need to hurry, they can not survive another winter under a tarpaulin.

By Maite Hernandez — I am deeply honored to receive the Teobaldo Award of Journalism for my work  (The other victims of..
Oct 8, 2017

By Maite Hernandez — Text and Photos by ©Maite H. Mateo  Undocumented Latinos who worked in the clean-up and the rescue..
Sep 12, 2017

The accomplished dream of a Dreamer

By Maite Hernandez — Honored to have my work featured in the The GroundTruth Project Emerging Photographers. Angelo's dream has..
Jun 2, 2016

A Year Under a Tarpaulin.

By Maite Hernandez — View it on The New York Times Angelo's Journey
Mar 8, 2016