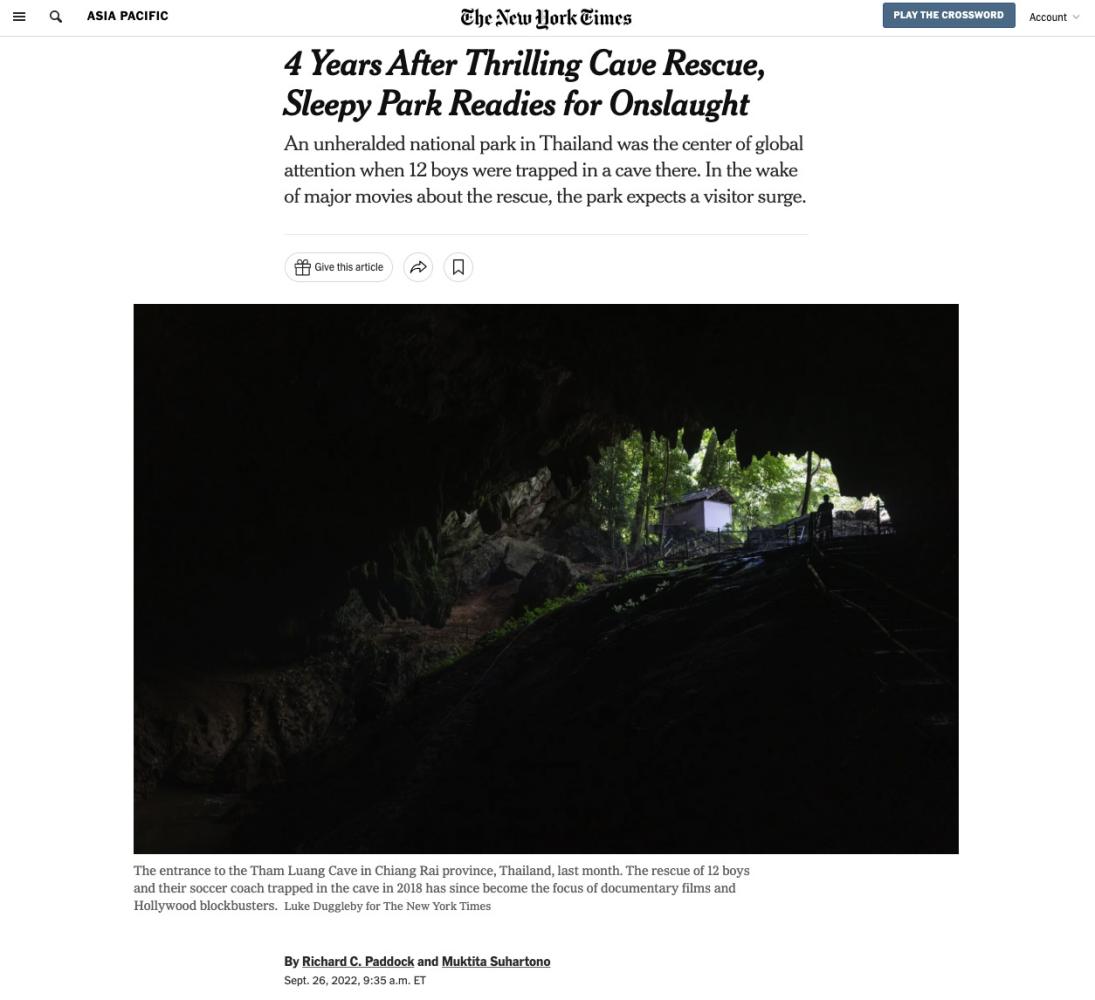 News
4 Years After Thrilling Cave Rescue, Sleepy Park Readies for Onslaught
luke duggleby
Sep 28, 2022
Location: Chiang Rai
Summary
An unheralded national park in Thailand was the center of global attention when 12 boys were trapped in a cave there. In the wake of major movies about the rescue, the park expects a visitor surge in The New York Times
Recently I traveled up to Chiang Rai in Northern Thailand with journalists Richard C. Paddock and Muktita Suhartono of The New York Times to work on a story about the Thai boys football team who were trapped in a remote flooded cave in 2018. The rescue went global and since then several big budget movies/series, including Netflix, have come out this year telling their remarkable story. We wanted to see what had happened to the boys and the area over the last 4 years.
Turns out that we were unable to meet them, their families and even the coach. Having sold the rights of their stories to a Thai company, who in-turn sold them to Netflix, it meant that they are not allowed to be interviewed or photographed by any media for years. As a result we had to meet people able to talk and looked at how this remote corner of Northern Thailand had changed since the rescue.
You can read the story here https://www.nytimes.com/2022/09/26/world/asia/thai-cave-rescue-tourism.html

For Those Who Died trying at MAIIAM Contemporary Art Gallery

For Those Died Trying the Album

For Those Who Died Trying - TO BE RELEASED ON NOVEMBER 16

On the Front Lines

Exhibition: Side by Side - Women Human Rights Defenders 2018