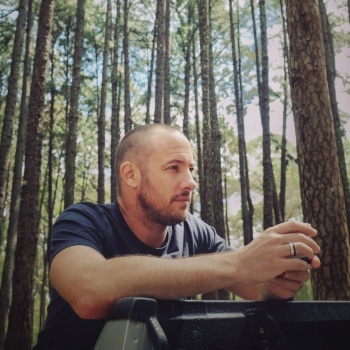 His work has been exhibited in the US, across Europe and Asia. And he has spoken about his work at a variety of locations including Tedx Khon Kaen, Nelson Mandela University South Africa, The University of York Human Rights Hub and SOAS London. In 2018, he was awarded for his contribution in covering human rights issues in Thailand by the National Human Rights Commission of Thailand.

Luke has published two books, most recently Salz der Erde (Salt of the Earth) in collaboration with Mikel Landa and published by mareVerlag in Germany, Austria, and Switzerland. Il Lato Invisible del Paradiso - Pellegrinaggi ai Confini del Tibet (The Invisible Side of Paradise - A Pilgrimage into Tibet's Borderlands) was published by Egon in Italy in 2009.

He is the founder of The Sidi Project www.thesidiproject.com which documents the African diaspora of the Indian Ocean. And founding member of Climate Heroes www.climateheroes.org which highlights the work of people around the world committed to mitigating the effects of climate change in their communities.

Luke speaks English and Thai and lives in Bangkok, Thailand, with his family all year round.

Luke is an assignment roster photographer for REDUX PICTURES www.reduxpictures.com in New York.