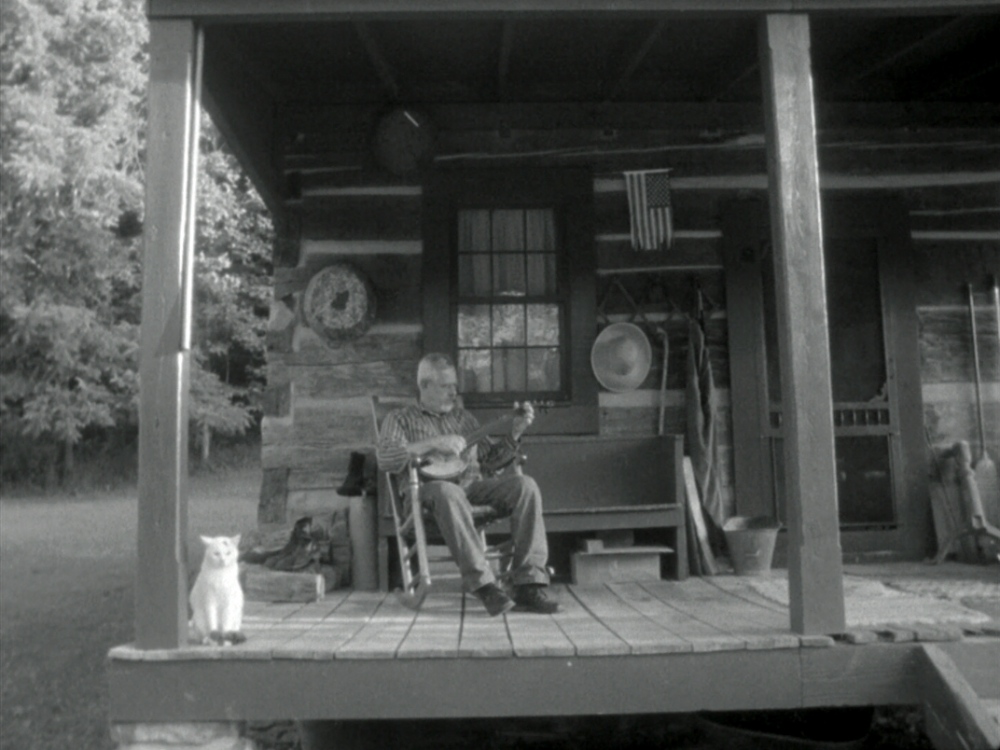 50 years after president Lyndon B. Johnson declared the war on poverty, which was widely represented and photographed in the poorest regions of Appalachia, many of the stereotypes of Appalachian culture perpetuated during this time still are evident.

Appalachian culture is rich and vibrant, and many traditions are carried on. An aspect of the culture of Appalachia that I have been photographing for the past four years has been the traditional musicians of the region. This Appalachian style of folk music is known as old time music. A few years into photographing the musicians who play this form of music, I wanted to start documenting the music they play, and have done so in the form of short, 16mm motion picture films, each documenting one traditional song or tune by each musician. The tune or song is the musicians choice.

Each 16mm film is created on the property of the musician, usually after a day of photographing. A whole day or more is usually spent with each musician on their land in the Appalachian mountains - West Virginia, Virginia, North Carolina, South Carolina, Georgia, Kentucky, Ohio, Pennsylvania, and Tennessee. The process of my travels and finding musicians to film is organic and collaborative, I find musicians through gatherings, festivals, and dances, community centers, or by suggestions of other musicians. It is important for me to spend time with each musician - I photograph and film each musician in the landscape that they live in. The 16mm motion picture film hearkens back to the days when this film was widely used "“ a historical reference, and a visual clue that this music is traditional and historically evident.

These films are an homage to the musicians who play this style of music, who carry out these traditions in modern times.

I aim to film the music of 50 musicians in the year 2016. The main costs that will be incurred is film, processing, and scanning costs, as well as travel and time spent editing this work. The Visura Multimedia Grant would be essential in helping me realize this goal.

These are three examples of the films I have been creating: the first is a tune called "Liza Jane" played by Jim Costa of Talcott, West Virginia.  Jim Costa learned this tune from another older fiddler named Frank George, also of West Virginia, when Jim was in his 20s.  "It was in the repertoire of a lot of the old time fiddlers and banjo players at that time," he recalls.

The second is a film of a flatfoot dancer, Dennis Rhodes, of Hawesville, Kentucky.  Flatfoot dancing is the percussive part of old time music - here, I isolated the sounds of Dennis' feet.  Dennis is flatfooting while humming a tune called "Sally Ann."

The third and last film is of Hannah Johnson and Aviva Stiegmeyer of Keezletown, Virginia.  They are playing an old song called "Blues in the Bottle."  Hannah and Aviva represent some of the younger generations who are carrying on this music.

By Lisa Elmaleh / US-Mexico Border — My work is humanistic.  The way I work, the way I have always worked, is with great empathy, embedding..
May 28, 2021

By Lisa Elmaleh / Berkeley Springs, West Virginia — The Kesecker family has been farming in Morgan County for seventy years. In the spring of 2016, a company..
Nov 12, 2018

Even in that silence