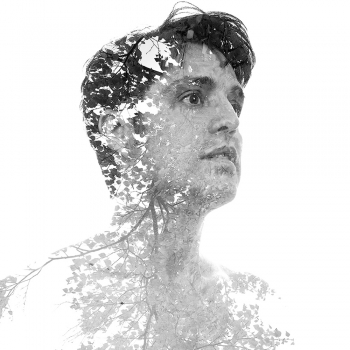 Photographer / artist / Based in Spain

.
His artistic discourse is marked by his training in industrial engineering and his passion for travel and nature. He started in landscape photography, but soon understood photography not only to capture and show beauty, but also to reflect on the social and environmental problems that threaten our planet.

Le Manz makes use of his special ability to unveil new meanings in things, raising reflections on universal issues. Through his art and the power of his images he pays special attention to the current problems of the world, especially the environmental ones, and of our society.

He places his practice at the intersection between art and vindication, between ingenuity and reality, leaving the viewer the successive readings of the work in search of the direct and indirect messages he wants to convey.

Through these clean, ingenious, and subtle photographic representations the artist tries to involve the viewer, proposing numerous materials for thought and reflection.

In 2018 he presents his first project, "Habitat, beyond photography", where he reflects on the responsibility of the automobile and its way of use in the pollution of the planet. The project is a remarkable success and does not go unnoticed by the Spanish and international media. During 2019 it was presented at Xposure International Photography, in the United Arab Emirates, along with the most recent "In Our Hands" both projects with different visions, but with a common soul: the reflection on the human relationship with nature and our responsibility in the care of the environment.

He is currently working on several projects including "Decisive Moment", started in 2019, is an exercise in visual poetry as well as a work of awareness and criticism on environmental problems.