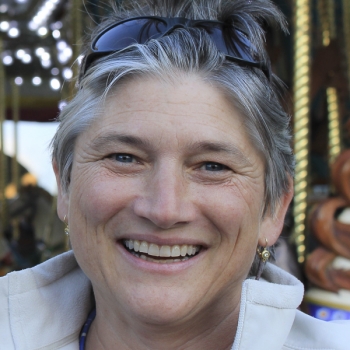 Photographer / Based in Vermont

Gioia is a member of the 2018-19 VII Photo Agency Masterclass. She was awarded a number of residencies including Marble House Project, Vermont Studio Center, and Ninth Wave Global. In 2016 she received the David Bird Fellowship through the Conway School of Landscape Design for a project in Costa Rica. Numerous publications including newspapers, websites, reports, and magazines have published her imagery.

Gioia Kuss, photographer and land-use planner, lives in Weybridge Vermont, USA. Her photojournalistic style and sensibility, inform images of natural and man-made structures and processes. Her academic background combines art and science, with a BA from Middlebury College in Northern Environmental Studies and a Studio Art minor, and a MA from the Conway School of Landscape Design. She studied independently in Paris France, and Guang Zhou China, in addition to other workshops in the United States. She was an adjunct faculty in the Green Mountain College Art Department.

After Vermont communities were severely damaged from Tropical Storm Irene, in 2011, she worked as a resource crisis counselor. This experience drove home how vulnerable society is from the effects of climate change and environmental degradation. While firmly rooted in Vermont, she has lived in Paris, the Swiss Alps, and several states across the US. Speaking other languages helps in her quest to understand different cultural and natural environments.
Cart
Loading...
Edit Check Out