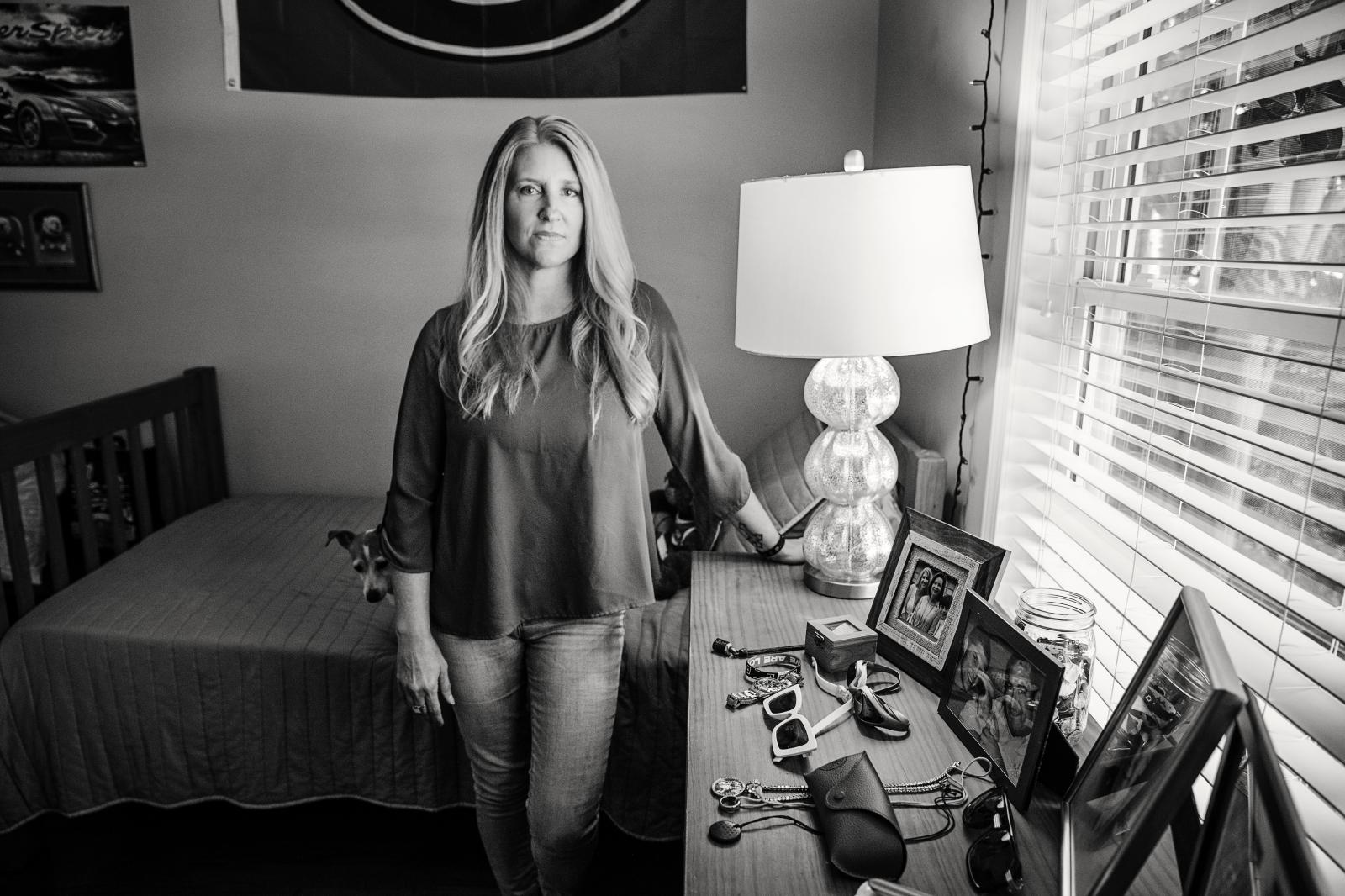 1 of 10 © 2023 Katie Linsky Shaw
(This is the first post in an ongoing photo project about the Youth Mental Health Crisis. Please follow along at https://youthmentalhealthcrisis.visura.co.)

The High Cost for the "Right Care"

Navigating the youth mental health world has been an expensive, frustrating, and time-consuming experience for Ashley Willis, a single mom in South Carolina. She’s spent the past two years struggling to find help for her middle school son. He’s now receiving professional help but the process of getting there was a lengthy one that included little help from schools and a lack of early intervention. She now wants to share her story with hopes of helping other families through this confusing and scary process.

Ashley Willis described her son in elementary school as an easy-going child who quickly made friends and had great grades. Then he started middle school.

“When he hit middle school, I think he was overwhelmed with changing classes and all the responsibilities,” said Willis, seated inside her North Augusta, SC, home. “And I wasn’t prepared on how to help him through that process. He had straight As in elementary school and in, middle school, he fell apart.”

Willis, a single mom who works as an insurance consultant, hired tutors and invested much of her free time trying to find professional help for her son. Then an altercation between her son and another student at a football game made Willis reconsider the public school he attended. Worried he was being drawn to students with risky behavior, she met with school counselors. She finally decided to enroll him in a private school hoping smaller classes would make a difference. Three weeks after he enrolled, the Covid epidemic hit and the school moved to virtual learning.

Willis said they did their best to adjust to the on-line learning but her son struggled and she struggled trying to help him cope.

“It took a huge toll on our mental health,” said Willis who described the tutor she hired plus help from the grandparents. “I think the frustration of not being able to meet expectations during that time sent him spiraling.” 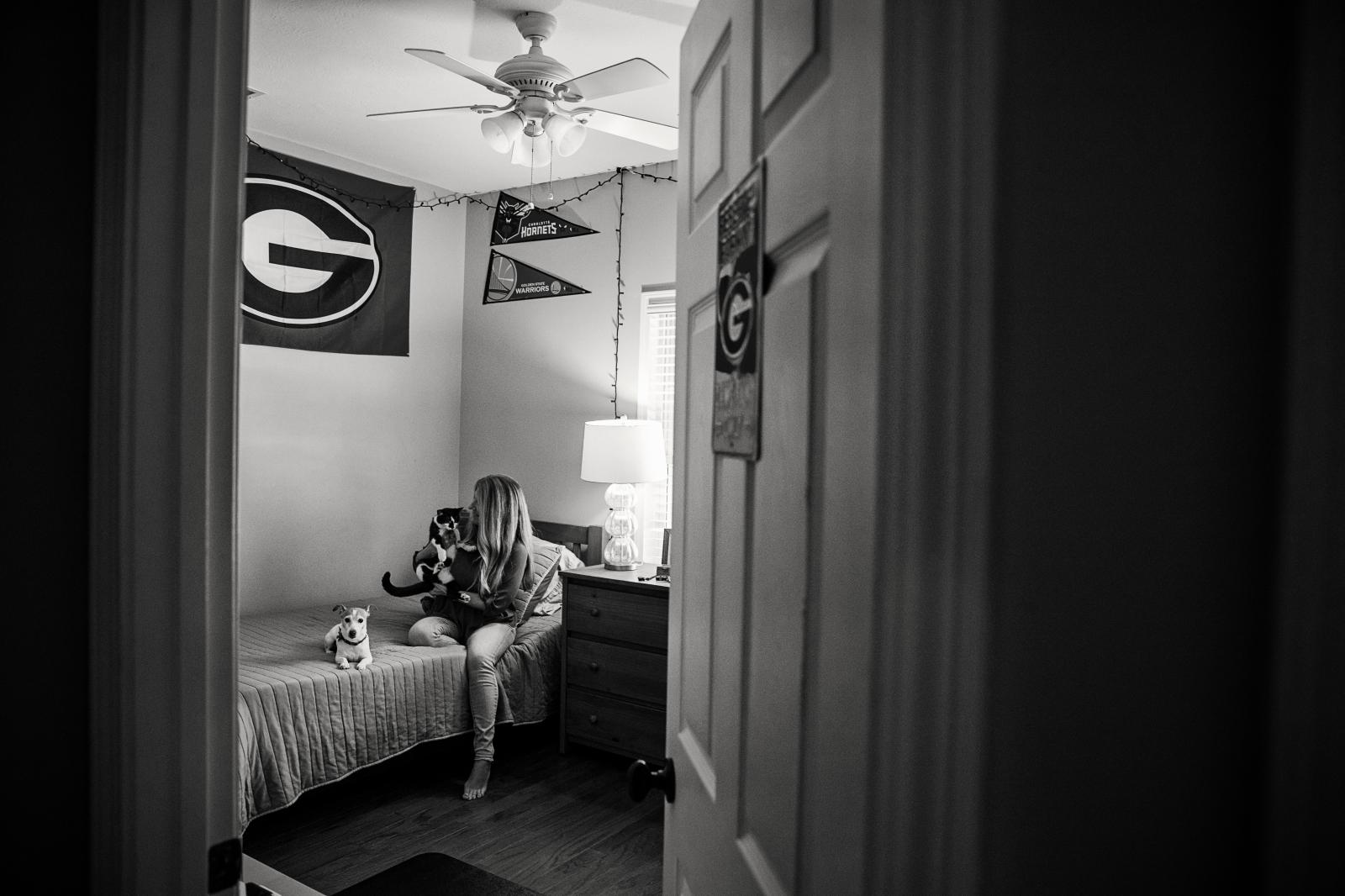 2 of 10 © 2023 Katie Linsky Shaw
Once again, Willis turned to the school for help. She was told by school administrators there was nothing else to do and she’d been a great parent. Willis left discouraged, withdrew her son from school yet again and the grandparents started homeschooling him.

A Diagnosis and Another Downward Spiral
It wasn’t until an out-of-town friend suggested educational testing that Willis learned it was even an option. Willis paid the several thousand dollars for testing and her son was diagnosed with several learning challenges. For privacy reasons, Willis didn't share the specifics but said the results did help her understand what could have contributed to his mental health decline.

Those results led to her son qualifying for an Individualized Education Program also known as an IEP. This allowed for accommodations with schoolwork and extra assistance. She re-enrolled him in the public school for eighth grade and her son had a much better start to the 2021-2022 school year.

Then an incident in February led Willis to believe her son's mental health issues were worse than previously thought. He was taken to the ER and spent one week in an in-patient program where he received counseling and medication. Following discharge from the hospital, her son was set up with a therapist for counseling, but only for once a week. And, he wasn’t able to get an appointment until the end of March due to the therapist’s busy schedule. Willis was told if her son hadn’t been in the hospital, it could have taken 4-5 months to get a new patient appointment.

In April, her son went through another “downward spiral” which led her to find additional help. After extensive research, Willis discovered wilderness therapy programs and reached out to Blue Ridge Therapeutic Wilderness. She filled out an application and he was admitted soon after. 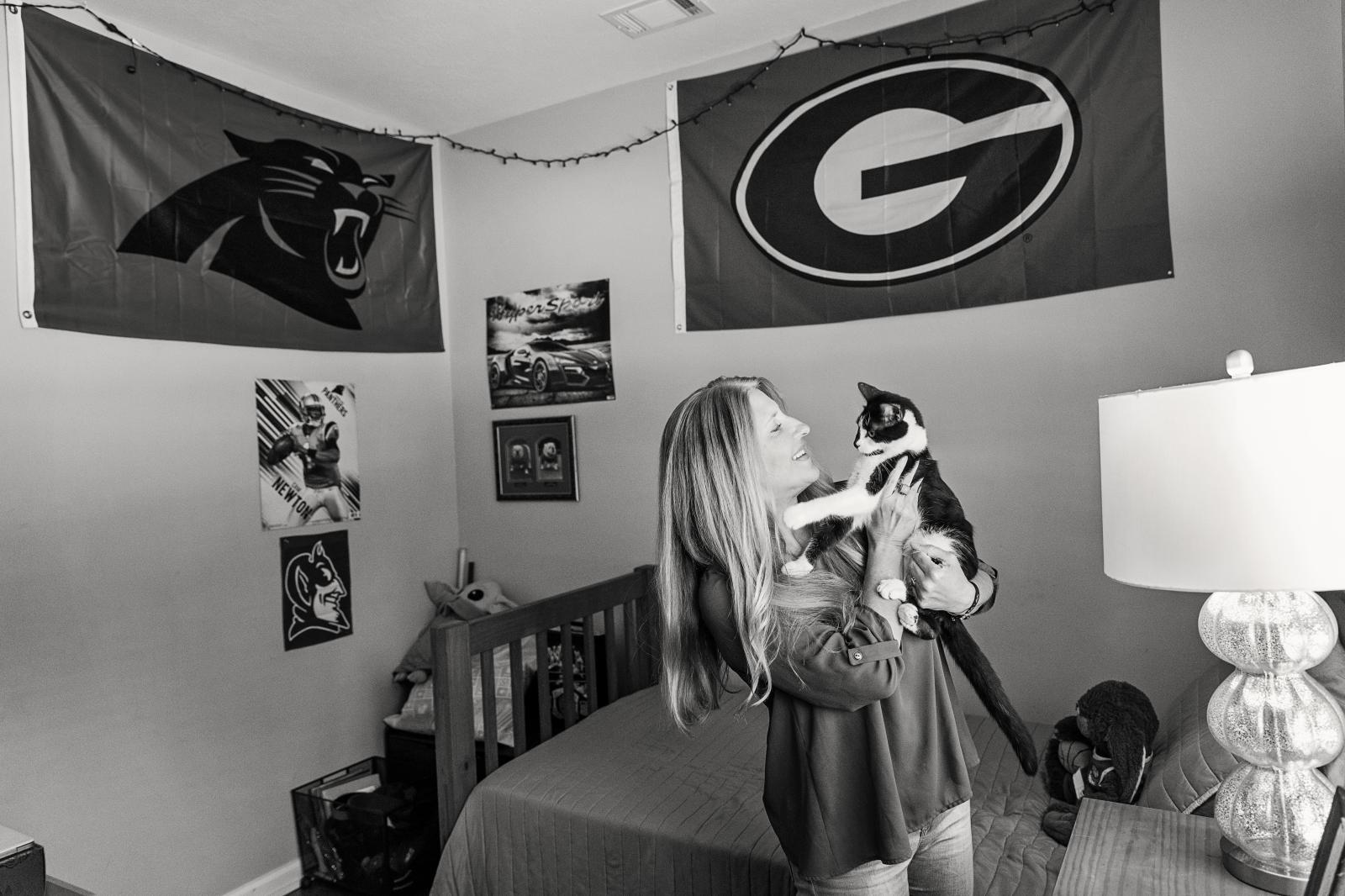 Into the Wild and Finding Funding
Wilderness programs are held outdoors in a structured environment that allows for therapeutic insight and learning. Everyday activities like hiking, cooking food and gathering wood help students gain awareness of themselves and their interactions with others. They’re separated from family, friends, phones and other outside triggers that may interfere with treatment. Programs are expensive and often cost $30,000 to $50,000 for a three-month stay. Getting insurance companies to pay is a difficult and time-consuming process.

As a single mom, Willis applied for and received some financial aid through Blue Ridge plus assistance from local scholarship groups. But the cost wasn’t fully covered. And she now had to consider how to pay for care following the wilderness program. (Kids often continue care after a three-month wilderness program by transitioning to a therapeutic boarding school or young adult program. Those programs can cost $12,000 a month.)

Willis is currently battling her insurance company to cover her son's treatment. She said she believes the company should be held responsible since her son has a medical diagnosis. Willis added that appealing to insurance companies can take more than a year and often end in only a portion being covered.

“I'm on the phone constantly, spending the equivalent of a part-time job trying to figure out what to do to afford further treatment, calling about after-care and meeting with a financial advisor about selling my house to pay for the next care,” said Willis. “It’s really emotionally overwhelming.”

As Willis and I were talking, her phone continued to ding with incoming calls and texts related to her son's care. She was waiting on a call from Blue Ridge.

Speaking Out and Self-Care
Despite her busy schedule with work and finding ways to pay for her son’s treatment, Willis was happy to share her story. She feels strongly that more needs to be done in the youth mental health industry including educating therapists on programs like wilderness and therapeutic boarding schools. She said her son's therapist never mentioned those as an option. She also believes the school failed her son by not testing him for learning issues and said early intervention could have reduced his mental health issues, especially during Covid.

“I think that mental health is very underserved,” she said. “I think if your child has cancer or diabetes or heart disease, there’s more access to support. Mental illness is invisible to the eye so I think that we do need to talk about it more so that people understand it more.”

Willis also believes in self-care to handle what’s been a very stressful period. She uses journaling, meditation, mindfulness and prayer. A small area in her den is set up as a meditation area with pillows, books, candles and her son’s Bible. There’s also a photo of her son taken at wilderness therapy. 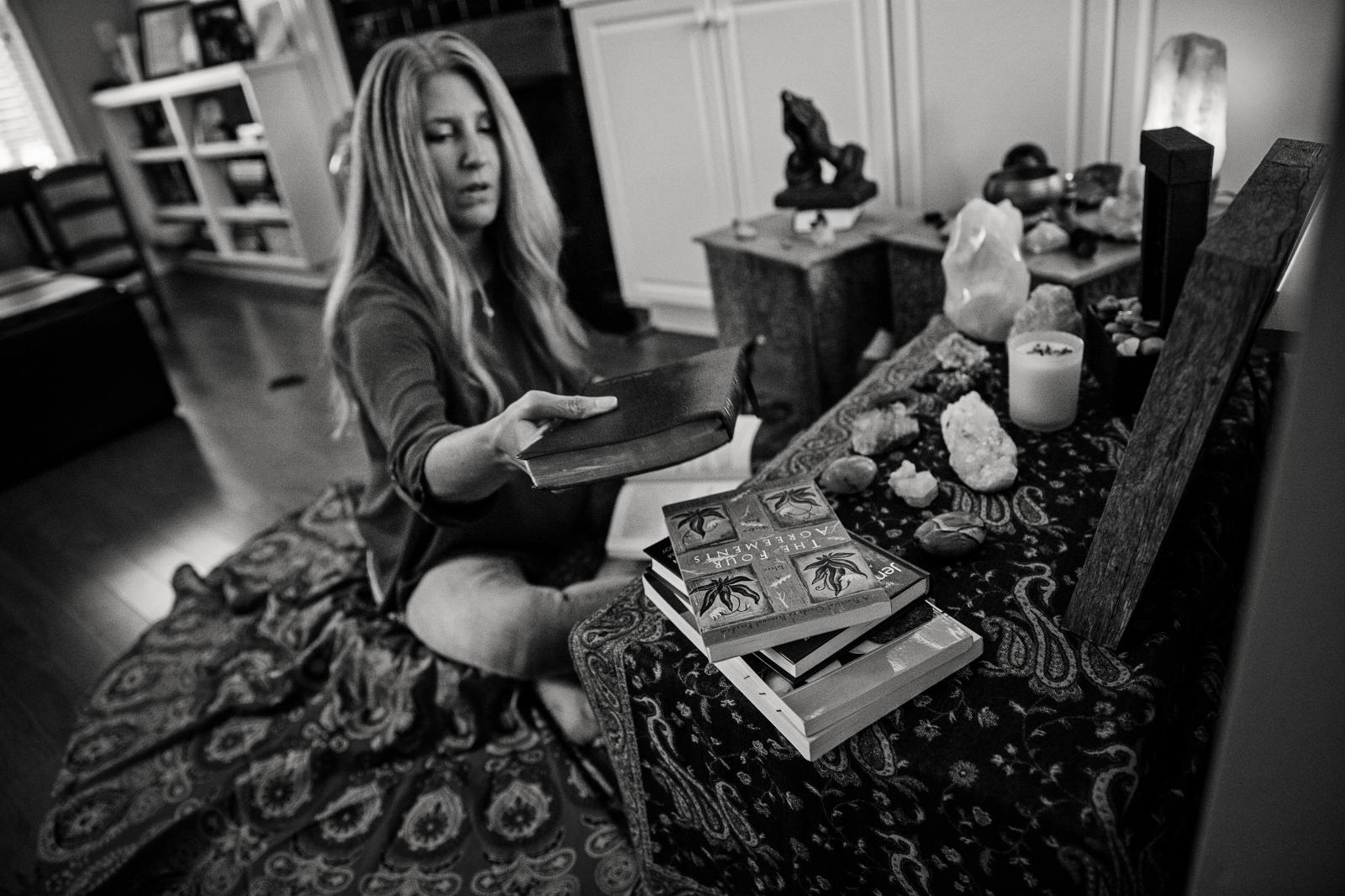 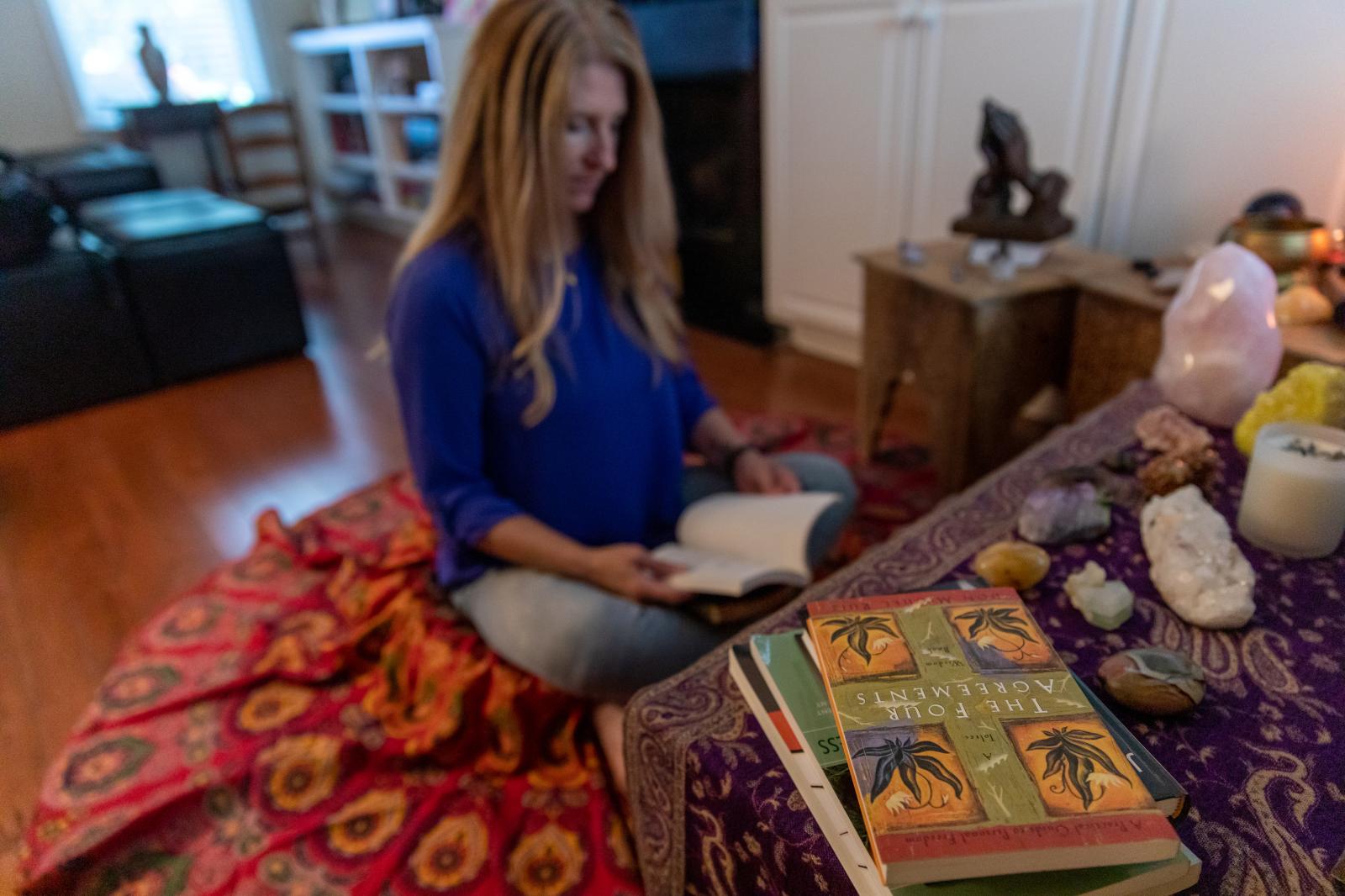 But Willis is encouraged by the words of a therapist.

With her son currently thriving in the wilderness setting, she believes they’ve finally found the "right help.”

(Since our talk in June, Willis shared that her son is now at a therapeutic boarding school in Utah and is doing well. She was able to take out a loan for six months of treatment for the boarding school but was told her son will probably need to be there for a year. She said she’s “trusting God will provide another way when the time comes” so she can afford the payments.)

Additional information on mental health can be found at the National Alliance on Mental Illness. https://www.nami.org/home 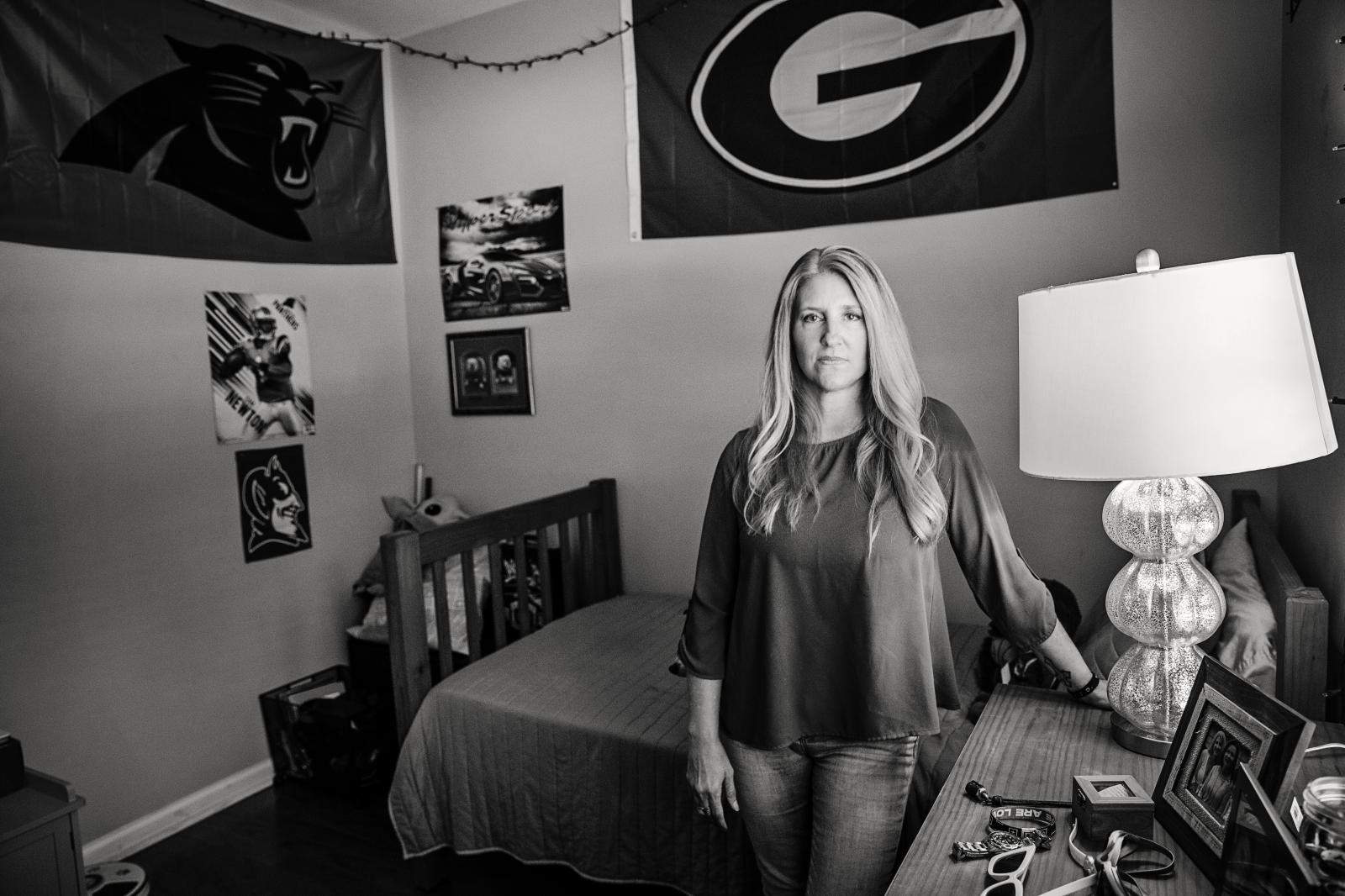 Trying to Stop the Pain

Scared, Sad, and Ashamed: The Lonely Journey when a Child is in Crisis

Early Intervention and the "Relationship Chicken"

I Lost My Dad to the Lockdown