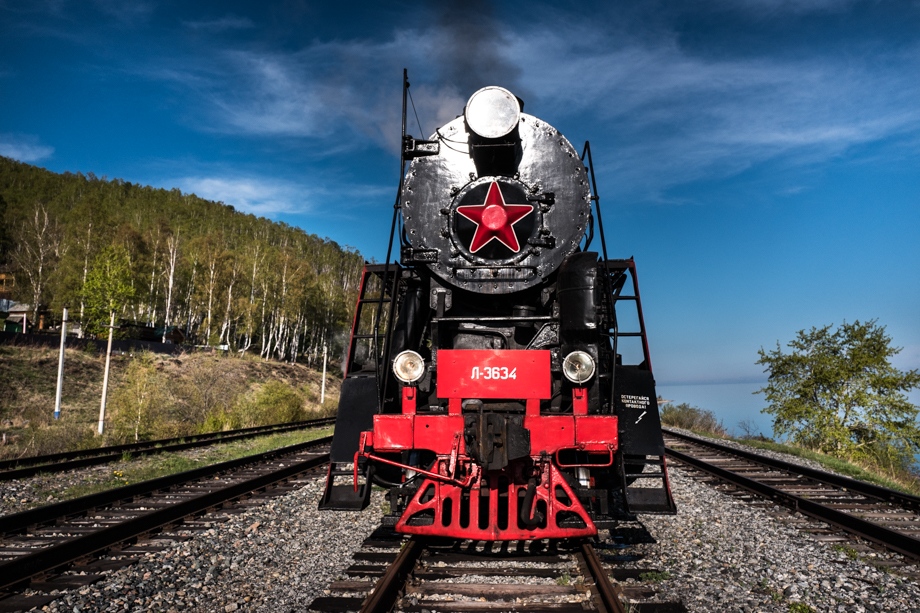 News
A journey on the Trans Siberian Railway through Russia (featured on Russia Leica Blog).
birgit krippner
Dec 14, 2017
Thank you Leica Russia for featuring my Trans Siberian Railway story.Â
Since on the Leica Blog this story is written in Russian exclusively, here comes the original version, written by me in english:
"Eight months ago, my photographer friendÂ Harald ClaessenÂ and I fantasized about taking the Trans Siberian Railway through Russia. At that time, both of us smiled and thought what an abstract idea this was. Soon after discussing this 'trip of a lifetime', Harald and I talked again. To our surprise we didn't think that this needs to stay out of reach, instead we found a way to put this adventure into reality.
The moment when I arrived in Russia, I had no idea how I might feel when time comes to say good bye. Now I know, it was a magical and memorable adventure. One of a kind. Harald and I are going to repeat this voyage, taking a small group of photographers on this journey through Siberia. Please check my websiteÂ www.birgitkrippner.comÂ for future photo adventures through Russia, and photo workshops internationally.Â
Going on long train trips in my childhood was one of my preferred ways to travel. When I got older, I developed the vision of taking the Trans Siberian Railway through Russia. Just the thought if it got me curious and excited, and made my imagination go wild and travel far.Â
Being on a train for such long time forces one to slow down, to live in the moment, to confront the present. There is no time for vanity. Relax as you go, bring good food on the train. A bottle of vodka, maybe wine, instant coffee - and cookies which go well with tea, for long afternoons. It is important to create atmosphere, no matter how small the train compartment is. If there is no window to be opened, and if it is a hot summer day with stinky air, best not to make a fuss. In a confined environment like the train, there is a lot one will learn about themselves. A bit of a soul-searching experience.
On the Trans Siberian Railway we were a group of four people. Three photographers and one translater (to keep us out of trouble). One night we travelled on the train in third class. This meant that we shared a train car with another 50 people. There were only two toilets for the people to be shared. Some other nights we traveled second class, which had two bunk beds in the compartment. I always chose the top bunk, which I felt gave me more privacy. Some other nights we rented motel rooms in small villages. During this voyage which started in Vladivostok and ended in Moscow we hardly came across any tourists. That was part of our plan, diving into Russia and getting an idea who the locals are.
Impression about the Leica M10:
Changing from a Leica M240 to the Leica M10 has been a big step up for me. A lot of my photographs have been taken in low-light situations. This means that high ISO is an important part for me as a photographer. The M10 deliverers beautifully when it comes to this. Also, how this camera renders colours is great as well. It reminds me of the magic which I felt with my first rangefinder camera, which was a Leica M9. The M10 has similar qualities to the M9, but it is a big step up from the M9. Most of my photographs I shoot with a Summilux lens, 28mm f/1.4. For the Trans Siberian Railway adventure I got a Super-Elmar 21mm f/3.4 lens, so I can capture small spaces on the train. The Leica M10 is my faithful companion. It has traveled with me from New Zealand to Tokyo, through Russia, to Austria, to New York - and back to New Zealand. Not once this camera has let me down."

By Birgit Krippner — Police officer Pete Unverferth was injured on the job as a police officer a few days ago. He sustained..
Apr 21, 2021

On assignment with The New York Times Magazine

By Birgit Krippner — Feeling incredible happy and honored that I was the chosen photographer for this story. Thank you Shannon..
Aug 4, 2020

On assignment with The Wall Street Journal

By Birgit Krippner — On assignment with The Wall Street Journal: 'People Were Breaking the Windows',  In New..
Mar 30, 2019

On assignment with The NY Times: Maori Language, Once Shunned, Is Having a Renaissance in New Zealand

By Birgit Krippner — The NY Times article just got published, for which I was the chosen photographer. This was a stimulating and..
Sep 17, 2018

Back on the Trans Siberian Railway, Russia May 2018

By Birgit Krippner — This has been my second time, diving into slow moving Russia, taking the Trans Siberian Railway from..
Aug 31, 2018

Heading through Russia, on the Trans Siberian Railway.

By Birgit Krippner — A few days ago, we took a taxi from the railway station to the hotel at Lake Baikal. Nadia, became friendly..
May 19, 2018

By Birgit Krippner — Without awareness, unconsciously I know when a full moon is approaching. Slowly I can feel how I am..
Mar 23, 2018

By Birgit Krippner — I was invited taking over Burn Diary for this week. I am on the road travelling, arriving with my Tuhoe..
Dec 3, 2017

On assignment with Bloomberg

By Birgit Krippner — The turn-around of this story was less than 18-hours. From the moment when I got the phone call..
Nov 7, 2017

In New Zealand, a Translated "˜Moana' Bolsters an Indigenous Language

By Birgit Krippner — On assignment for the New York Times . Five days ago I received a phone call by the photo editor for the..
Sep 19, 2017

Thank you Life & Leisure Magazine for the write up of my Trans Siberian Railway story:

By Birgit Krippner — Following the success of our workshop in Tokyo and Trans Siberian Adventure, Harald Claessen and I can..
Aug 16, 2017

On assignment for The Wall Street Journal

By Birgit Krippner — A week ago, I was approached by The Wall Street Journal to photograph a story for them. Two days later, I..
Aug 14, 2017

By Birgit Krippner — Many thanks Joelcy Kay of Edge of Humanity Magazine for the feature of my Tūhoe project, and much love and..
Aug 8, 2017

20-Day-Siberian-Villages-Workshop - along the Trans Siberian Railway

By Birgit Krippner — Following the success of our workshop in Tokyo and Trans Siberian Adventure, Harald Claessen and I can..
Jul 14, 2017