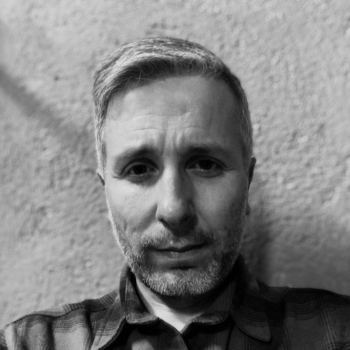 Spanish photographer. I just want to take pictures. Somedays are good and some are not but what matters is to get out there and keep shooting. @ Freelance based in Madrid (Spain)

Born in Madrid (Spain),  Juan Rodríguez Morales  is an emerging documentary photographer based in Madrid.  In 2003, he completed his studies in psychology. Afterwards, he studied photography in Alcobendas... read on
www.juanrodriguezmorales.com
About

Born in Madrid (Spain), Juan Rodríguez Morales is an emerging documentary photographer based in Madrid. In 2003, he completed his studies in psychology. Afterwards, he studied photography in Alcobendas (Madrid) at People´s University. His first project was a documentation of refugee camps in Western Sahara, which culminated in his first exhibtion. Since, he has worked on several projects more focused on street photography. In 2011, Juan Rodríguez Morales participated in a photo workshop with Alex Webb and Rebecca Norris Webb, which changed his vision on photography. Since then he works hardly in new projects focused on street and documentary photography. In 2013, Juan was recognized during Photo España under Discoveries because of his project "One Big City". He has participated in a few collective exhibitions and publications. In 2015 he receives an Honorable Mention for the FotoVisura Grant for Outstanding Personal Photography Project with his work "Ghost world".


Today, he is still working on street photography.

Finalist in the travel photo contest for the newspaper "El País". July 2011.

Selected to participate in DOCField>15, the documentary festival in Barcelona. May 2015

Selected to participate in IX Slideluck Barcelona. May 2016.