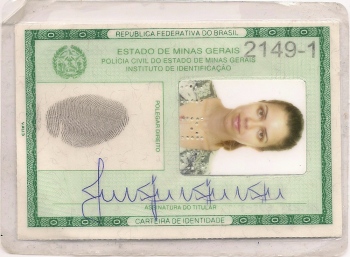 Júlia Pontés (b.1983 - Minas Gerais, Brazil) - Based in São Paulo, New York, Buenos Aires and Mumbai. Her interests are influenced by psychology, social issues and public policy, in which she holds a Master’s Degree. She worked as an... read on
www.juliapontes.com
About

Her interests are influenced by psychology, social issues and public policy, in which she holds a Master’s Degree. She worked as an iron ore trader, an entrepreneur and for the Buenos Aires Government before dedicating to the arts.

She graduated at the International Center of Photography in 2015 and she has been chosen twice for the Emerging Immigrant Artist Program by the New York Foundation for the Arts. She wa a Photography & Media and a Video & Film MFA candidate at CalArts, where was granted a Lillian Disney Scholarship and was recently awarded an Allan Sekula Social Documentary grant.

Her work has been show in several group shows in New York, Los Angeles, Miami, Philadelphia, Guatemala and Buenos Aires. Her first solo show is currently on view at Museu de Congonhas in Brazil and will be displayed at the Art Museum of the Americas, in D.C. in 2019 and this exhibition will also be on display in New Orleans, Louisiana.

She has a polarized practice that involves documenting stories linked to her own life experiences and, on the other hand, a self portraiture practice. In both she applies experimental techniques, the use of different mediums and archive material. Currently, she is dedicated to a social and environmental project about mining.  This activity is deeply rooted in the Brazilian State of Minas Gerais, that it runs in the blood of almost every single citizen – including her own.