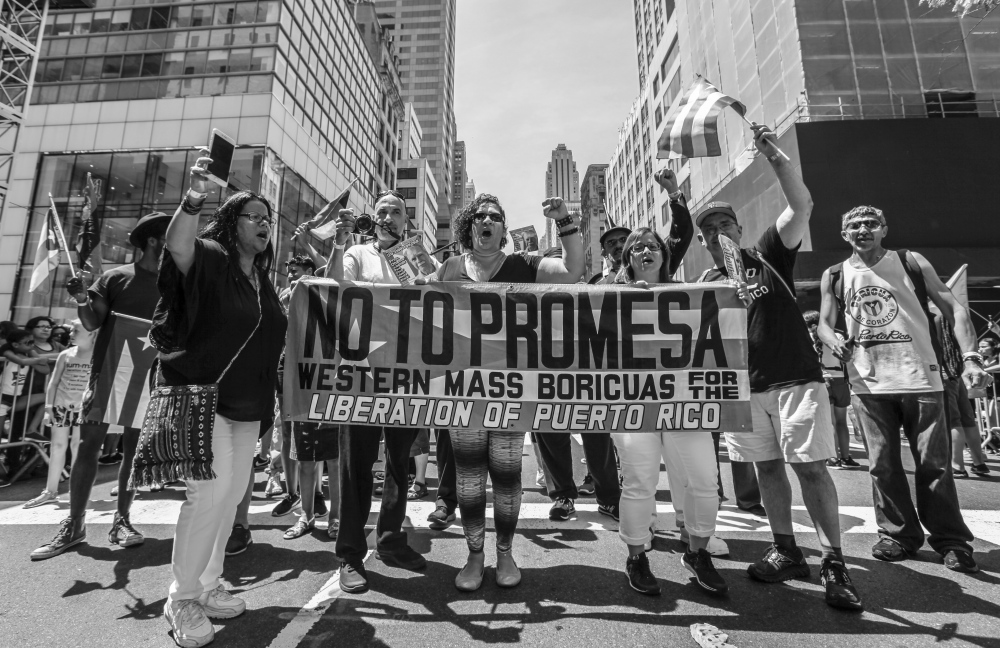 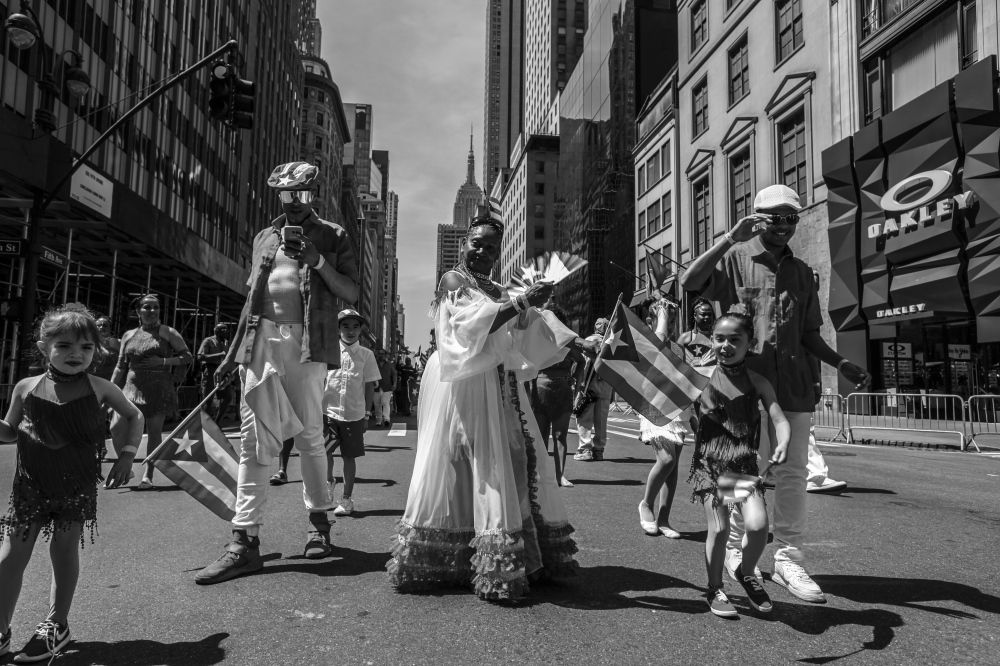 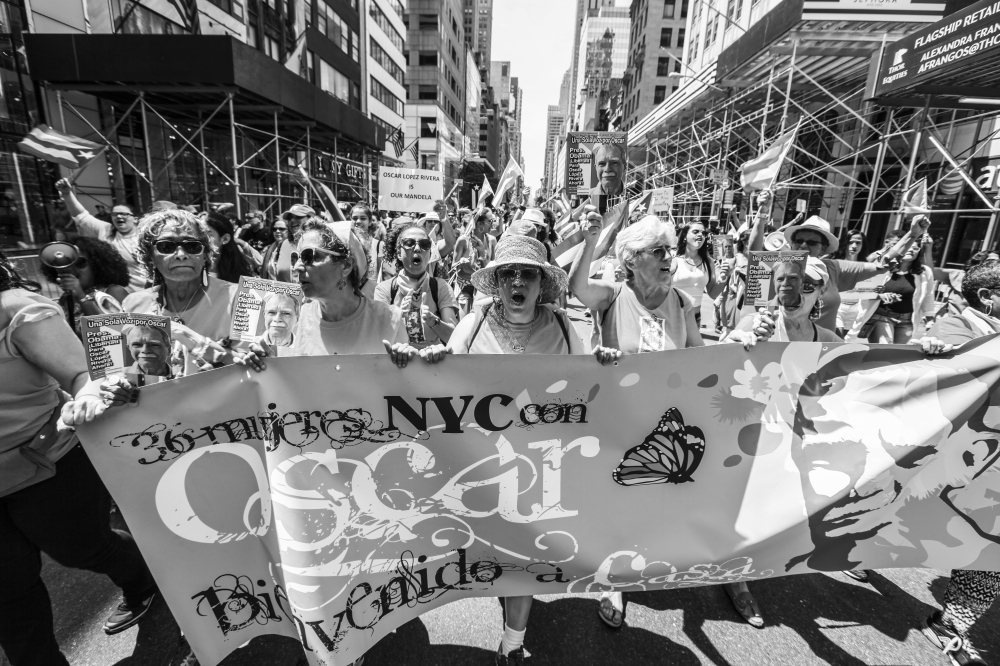 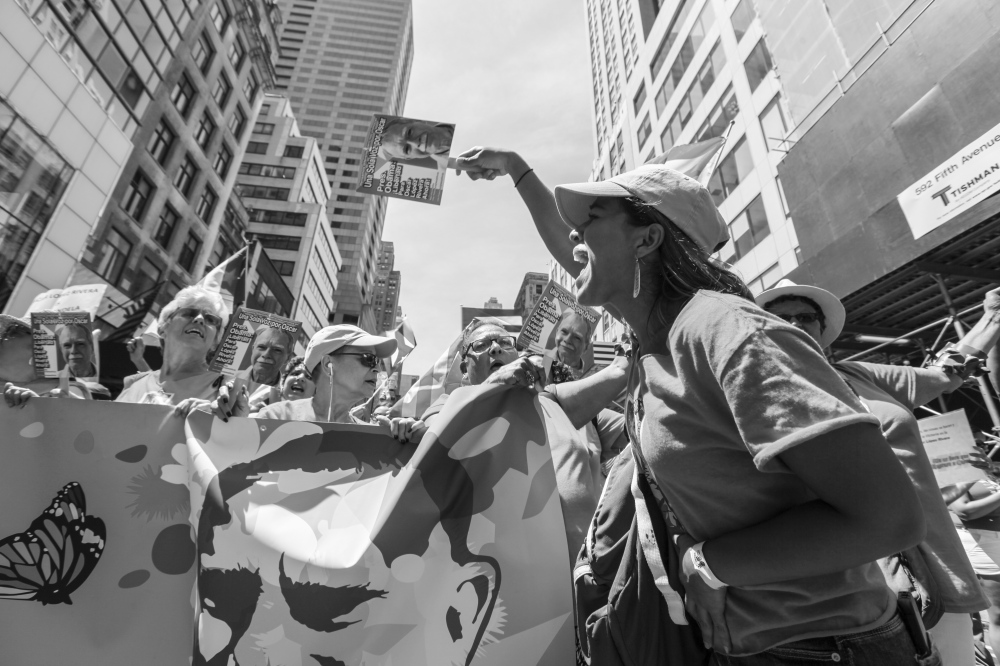 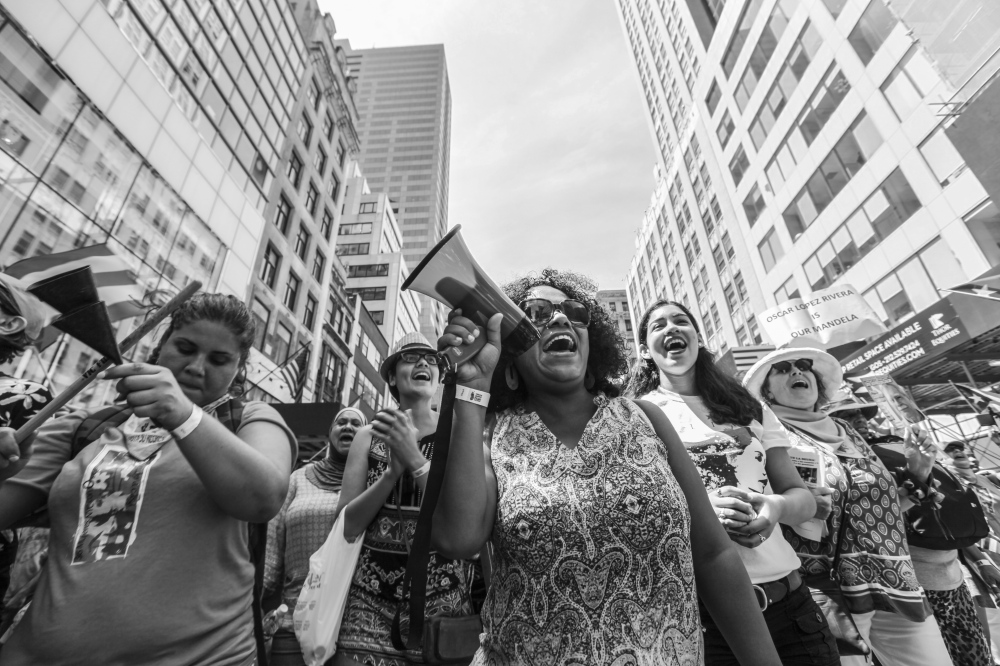 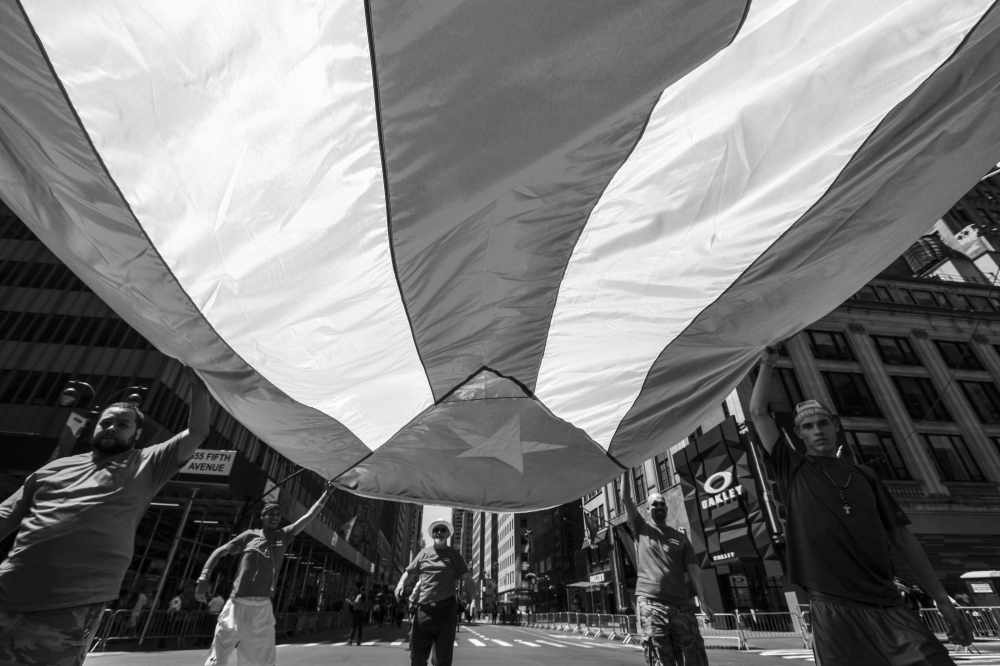 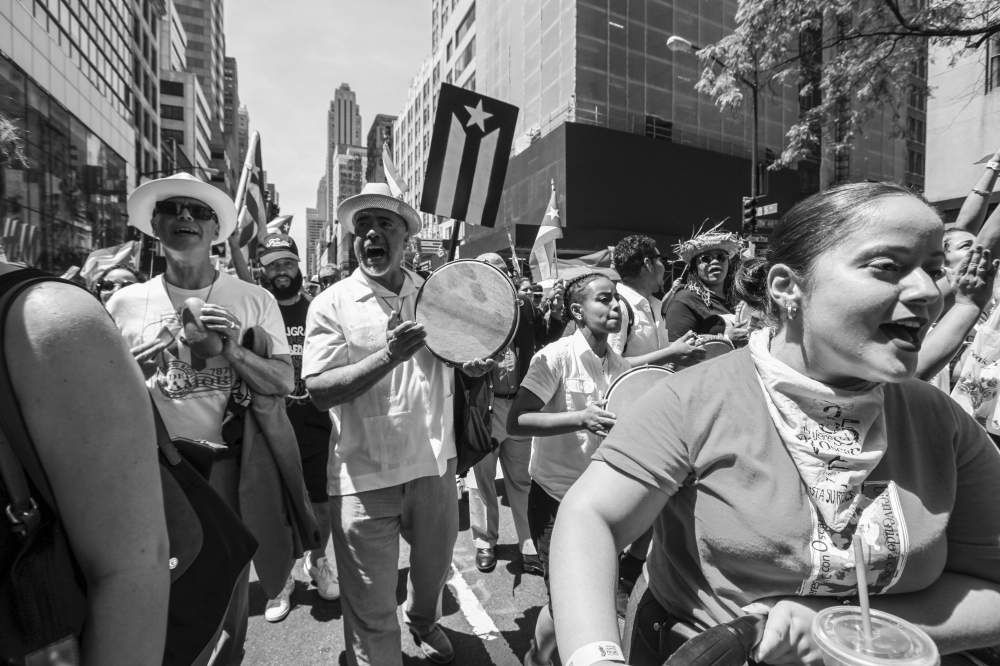 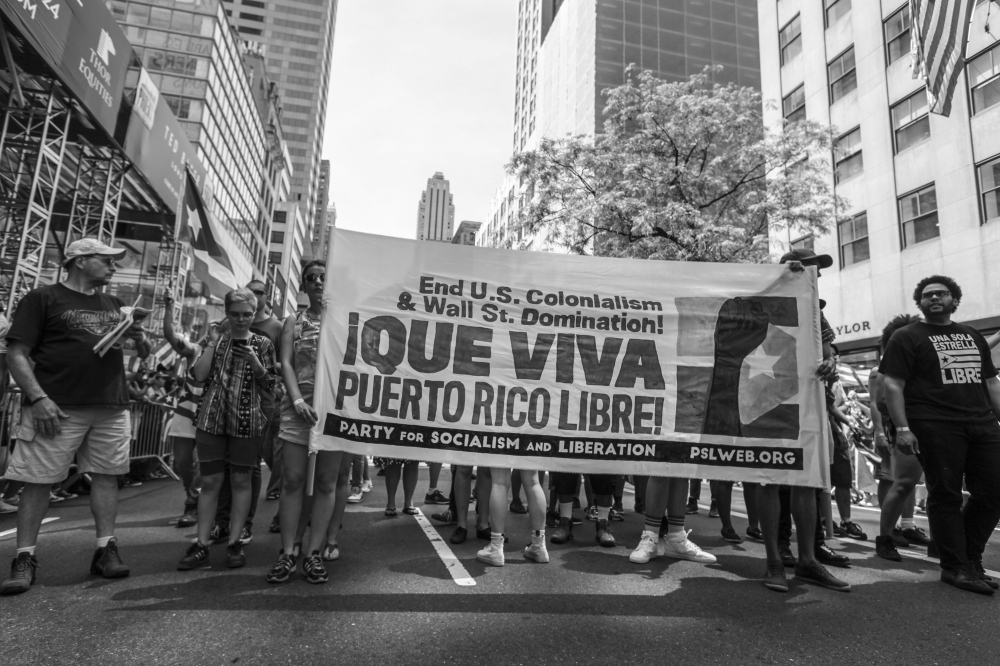 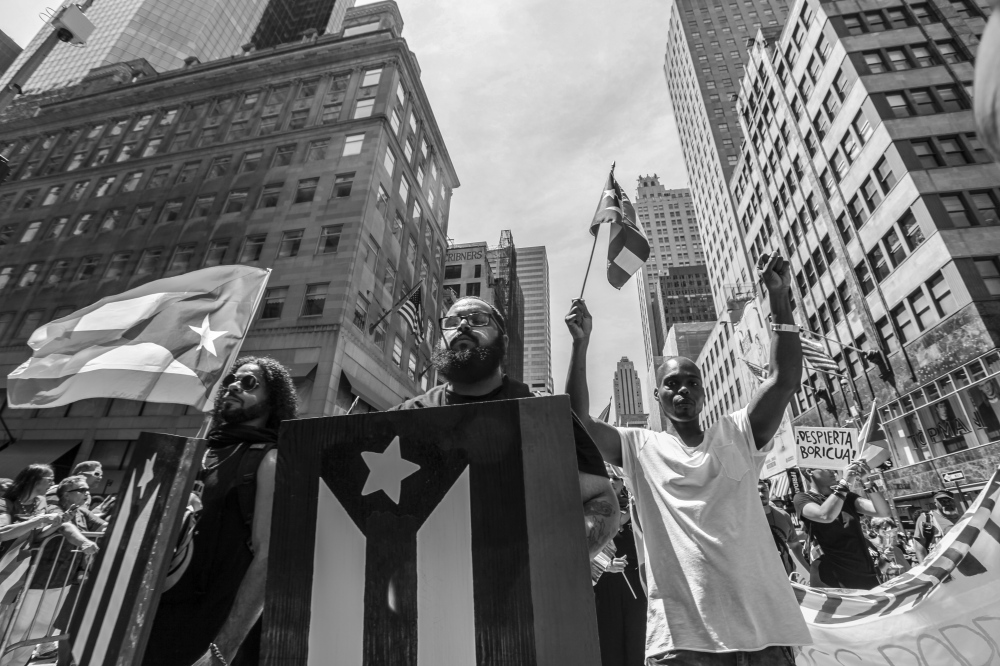 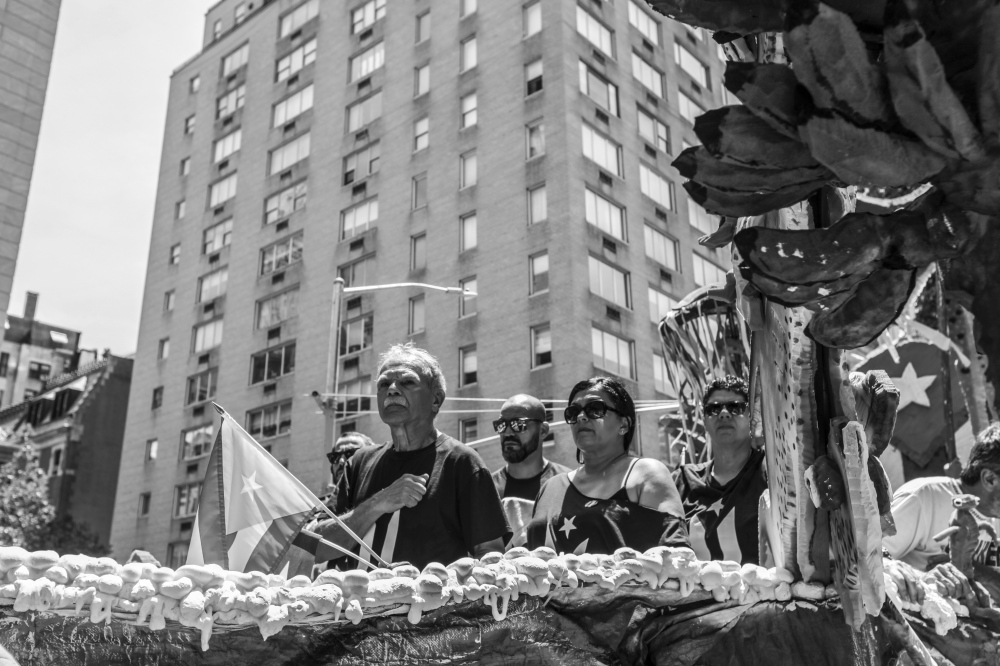 Oscar López Rivera, is a decorated veteran of the Vietnam War. When he returned from Vietnam, he became a highly respected community organizer in Chicago, where he passionately fought for the rights of Latino and Black Chicagoans. He also helped to create several community organizations in the Puerto Rican community, which to this day, continue to provide a multitude of services for those in need.

Oscar believes in the indepence of Puerto Rico and was commited to this cause when he was sentenced in 1981 to 55 years in prison for "seditious conspiracy" - the same charge used to imprison Nelson Mandela.

He served 35 years in prison before being pardones by President Obama, longer than anyone has ever served for this charge. He fought for a political ideal but he never commited a violent act.

After the Puerto Rican parade board decided to honor Oscar Lopez Rivera in their 60th edition, major corporate sponsors and Hispanic police organizations pulled out. So did big-name officials like Gov. Cuomo, Police commissioner O'Neil and Sen. Schumer. 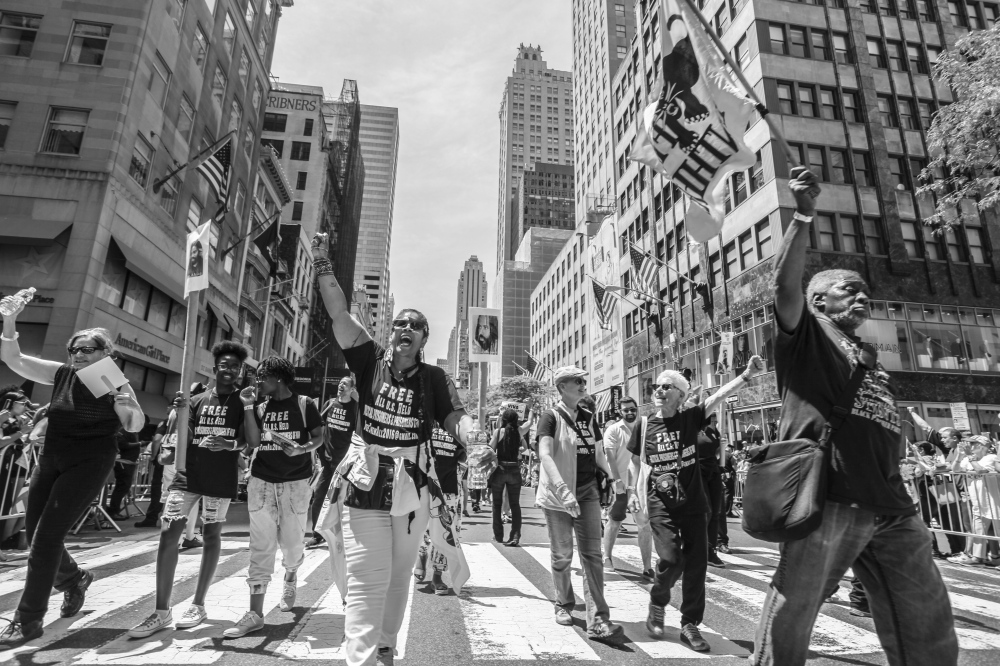 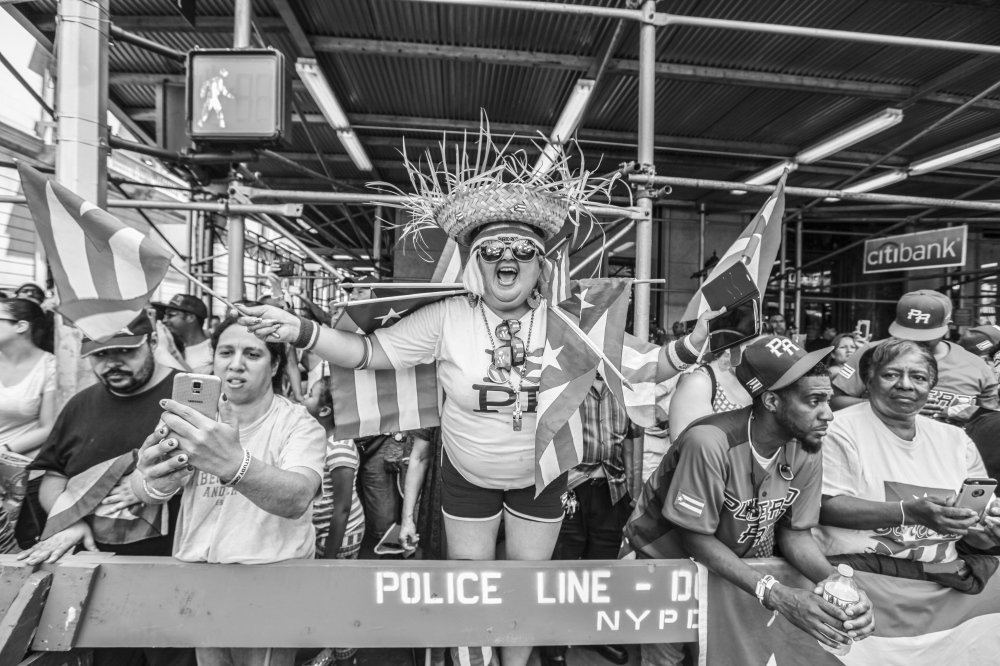 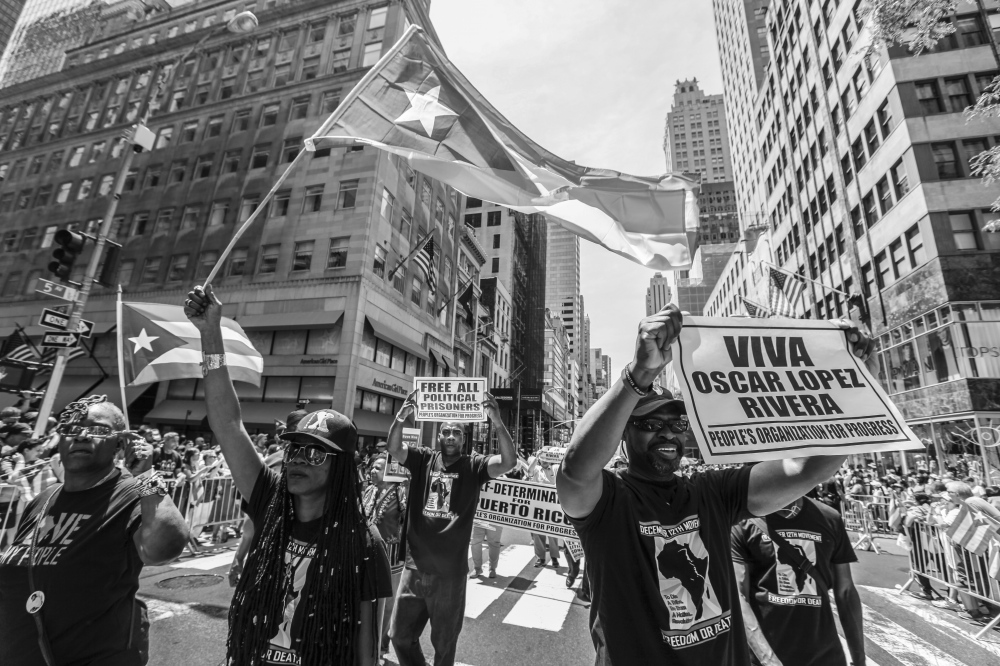 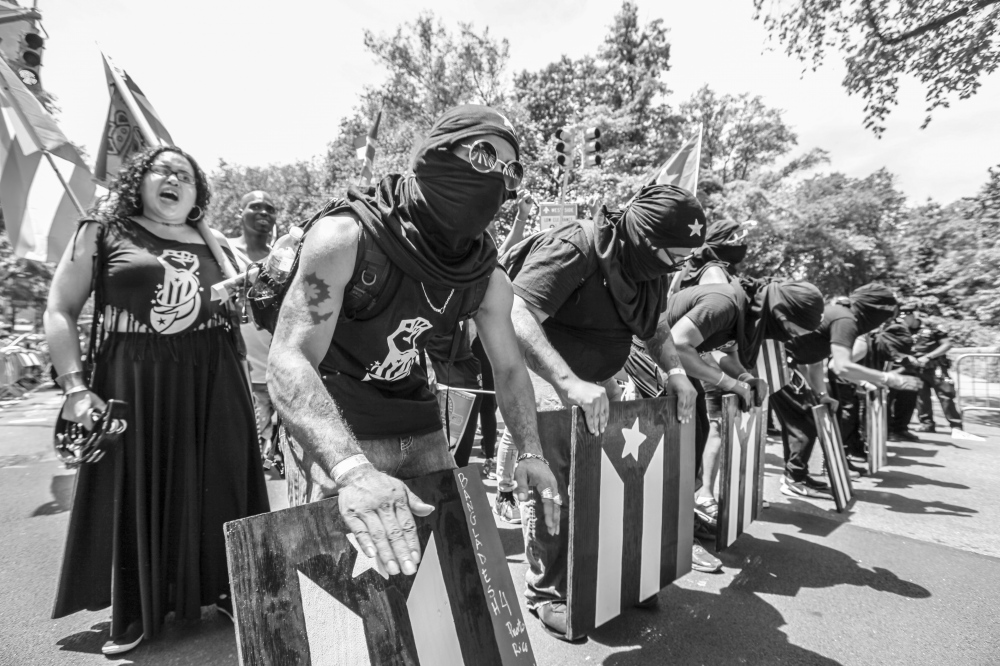 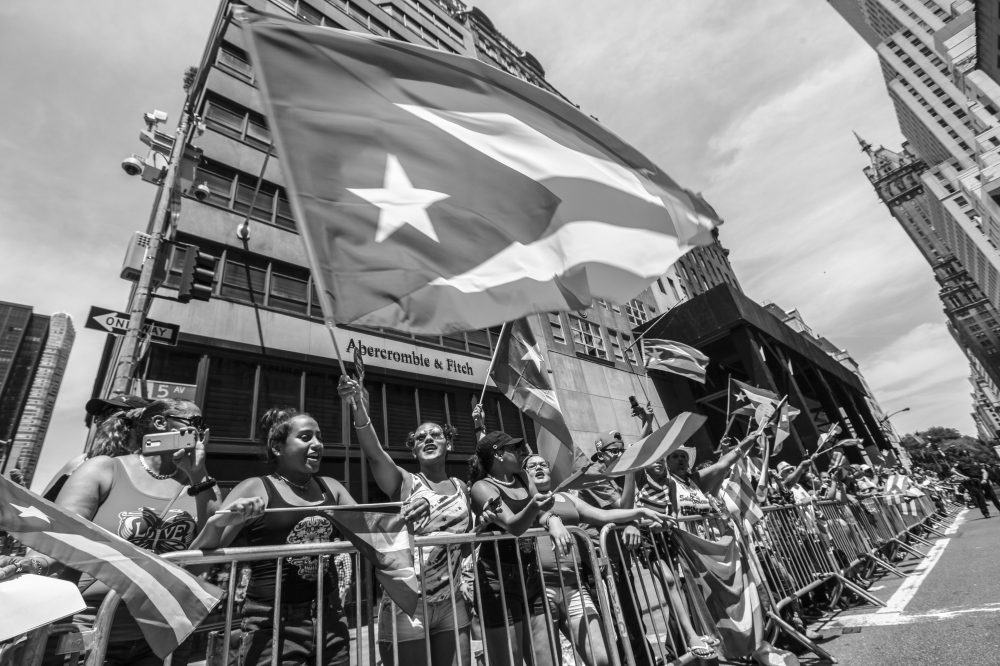 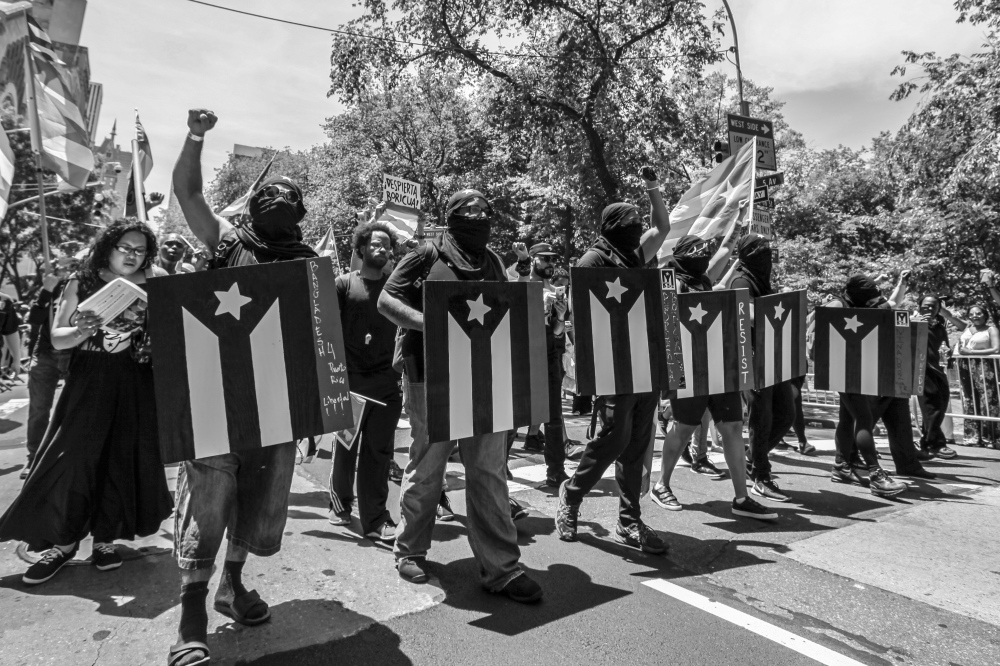 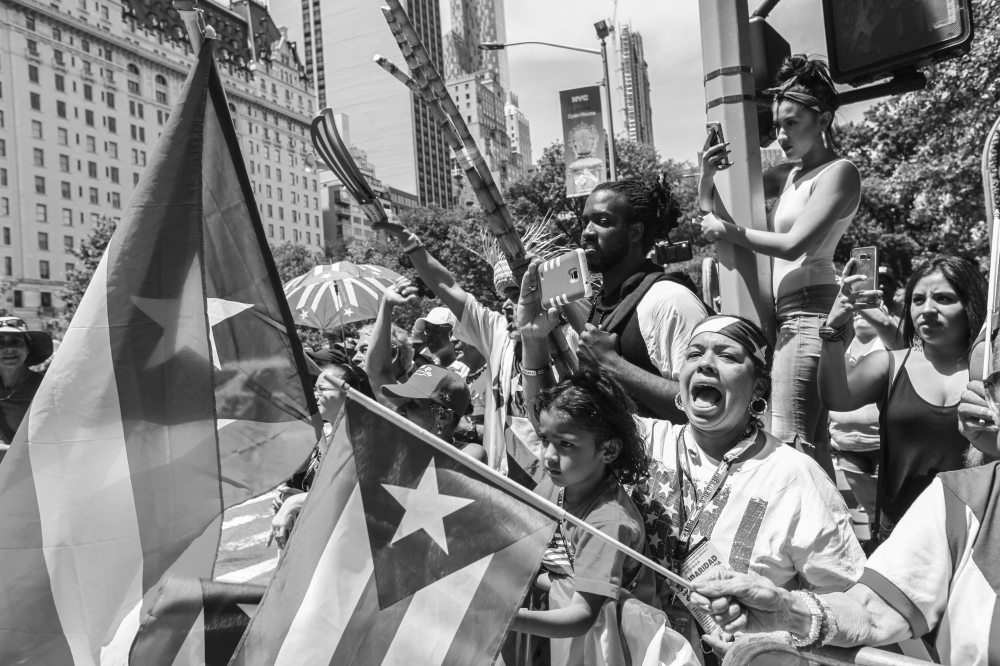 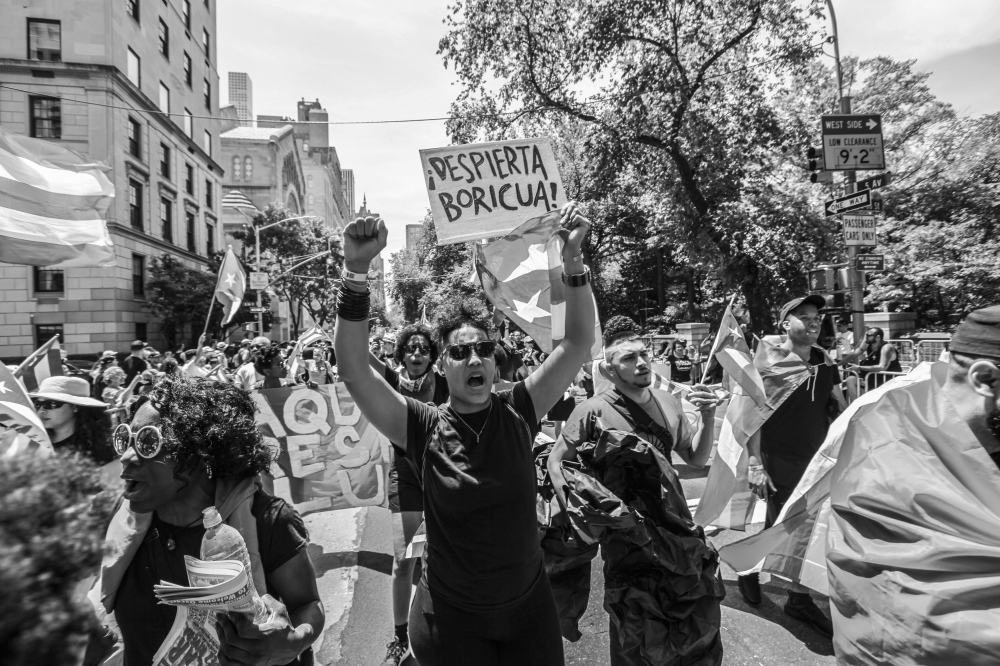 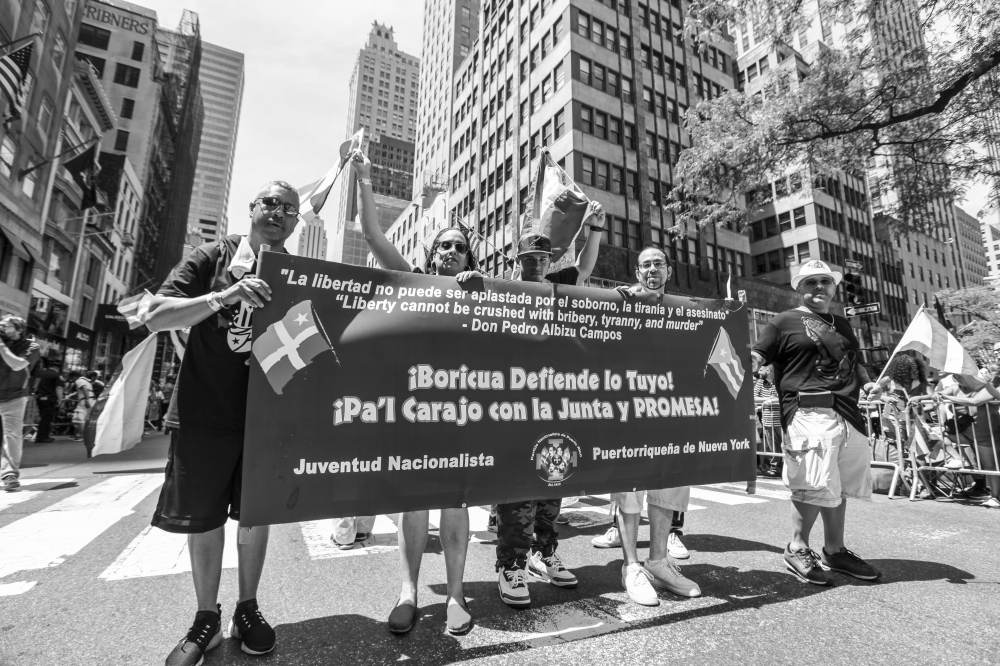 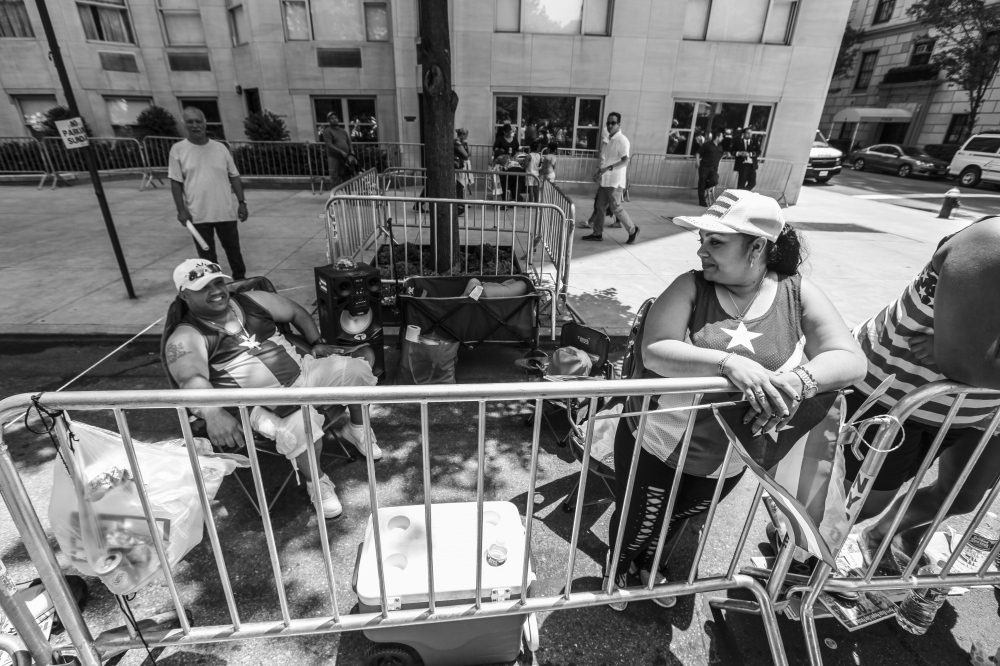 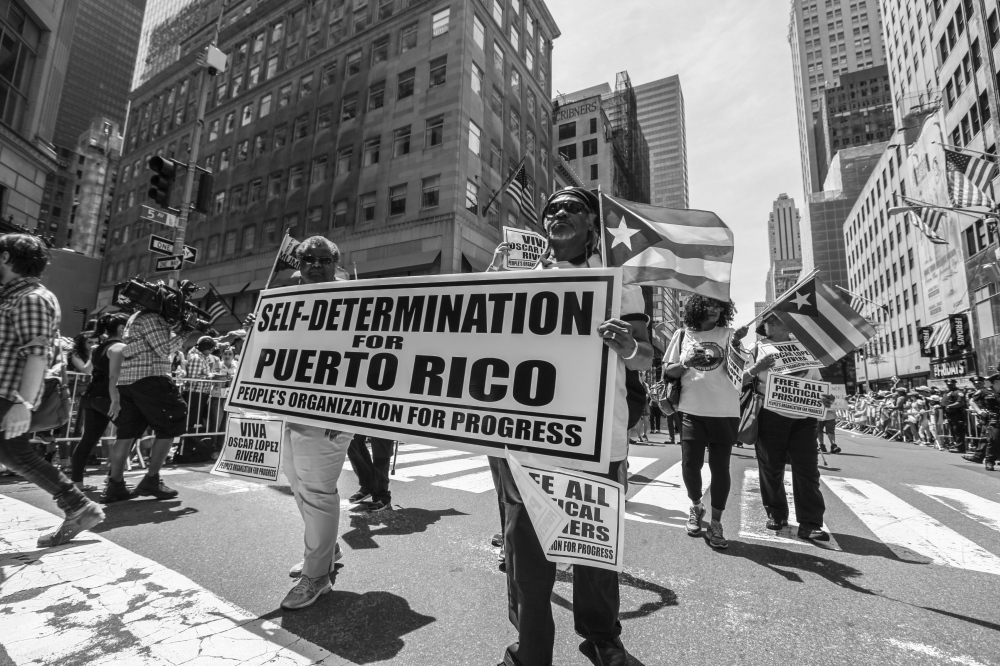 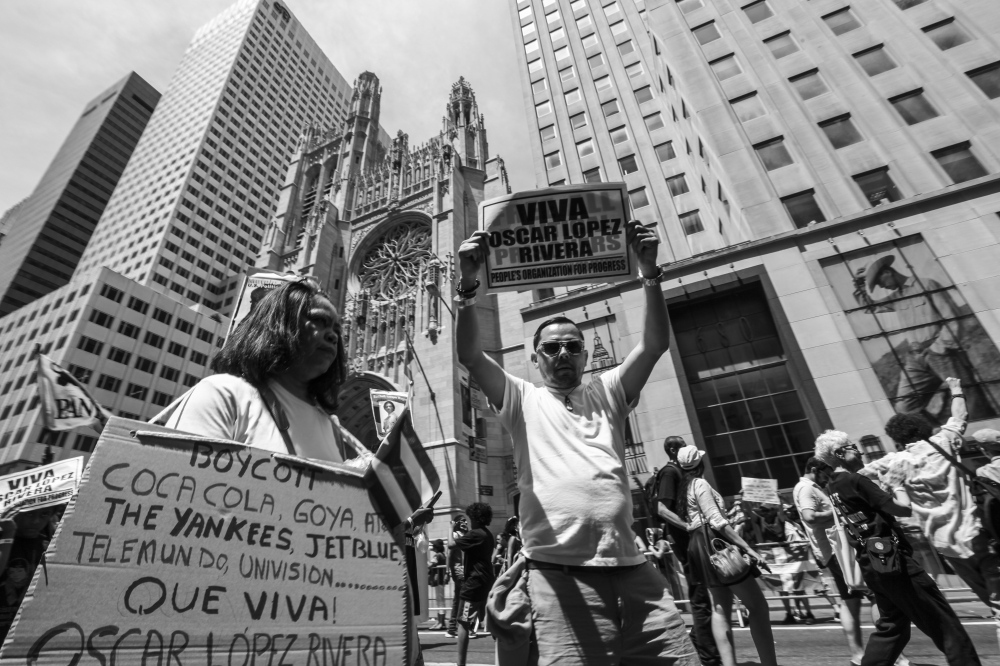 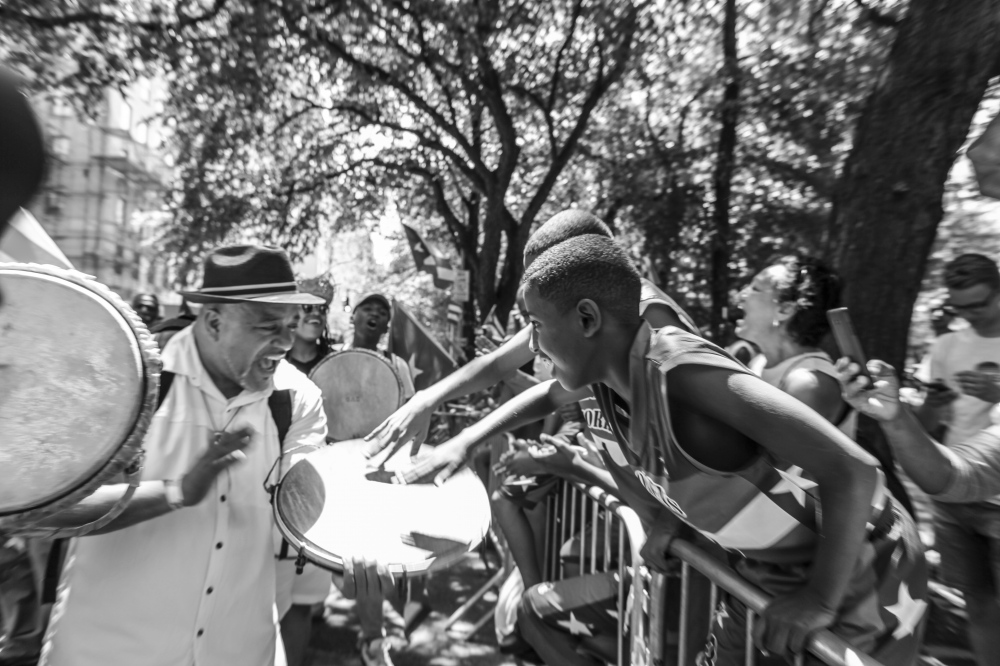 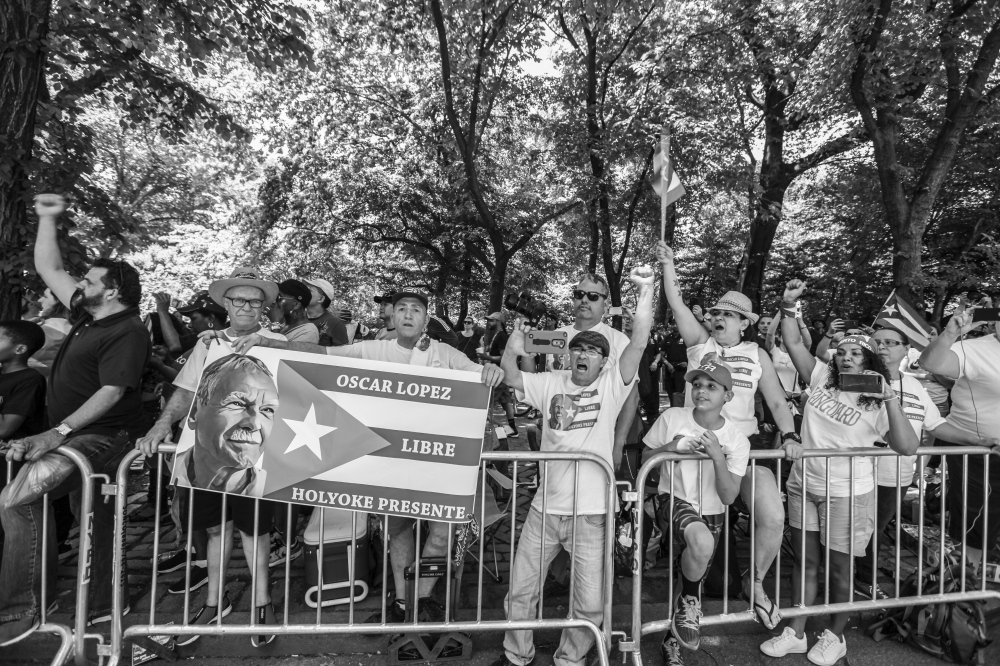 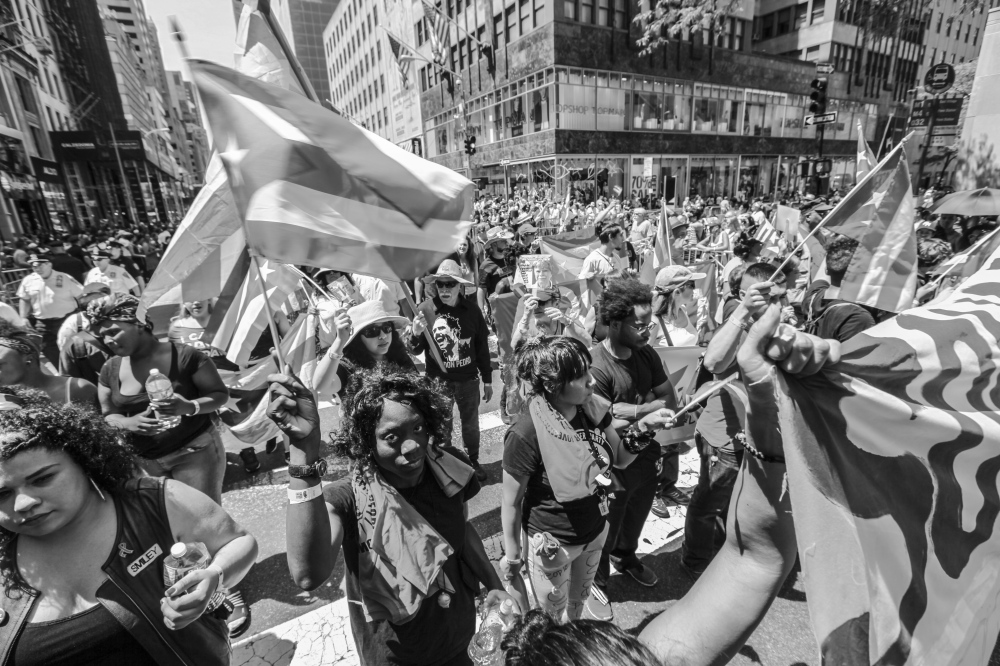 Context
- The government has operated for more than two decades borrowing on previous debts which payments have constitutional guarantee.

- Puerto Rico's political relationship with the United States has led Puerto Rico to implement exemption and incentive policies, making the island a tax haven for large US companies.

- Due to exemptions, lack of transparency in government and unequal treatment of the United States with 3.5 million US citizens living in Puerto Rico, the island has an alleged debt of more than $73 billion.

How it works?
The Fiscal Control Board is established, paid by the people of Puerto Rico with absolute immunity and broad powers to act above the government whose members, appointed by the US President and Congress are receptive to gifts and donations.

The Board currently recommends measures of budget cuts and elimination of rights related to health, education, labort rights, higher taxes and reduction of working hours in order to have liquidity and pay the bondholders.

The Governor of Puerto Rico must deliver a Fiscal Plan that meets the demands of PROMESA.

The Board has the power to revoke public policy and legislation of the Government of Puerto Rico if it understands that it is detrimental to its objective of guaranteeing the payment of the debt.

Without auditing the debt, the Board is the one who will ultimately negotiate the payment of the debt.

What does the Fiscal Board propose?
LABOR RIGHTS:

- No salary increase until 2021. (There has been no increase for more than 3 years)

- Reduction of sick days and vacations.

- Elimination of the Christmas bonus.

- Reduce by 30% the payroll of government employees.

- Immediatly reduce 4 days of work per month to government employees.

- Elimination of benefits and coverage of Medicaid. Increase co-payments.

- Shutdown and sale of health centers and services.

- Reduction of 2 days of work per month to employees health providers.

- Reduction of 2 work days per month to teachers.

- Cut of $450 million to the University of Puerto Rico, increased enrollment, dismissal of professors and administrative staff, elimination of career offerings.

Proposed Solutions
- Debt Audit: A comprehensive and forensic audit of the debt to determine the legal, moral and ethical debt. (A multisectoral commission was created that has determined that more than half of the debt is illegal. Currently the governor ahs the commission inoperative).

- Debt restructuring: After auditing the debt, the country should negotiate the debt directly outside the judicial forum on equal terms with the bondholders. The government must have as its main dury to guarantee the rights and ensure the welfare of citizens.

- Progressive Tax Reform: Establish a rate of contribution on income that increases as income increases, while attacking the problem of tax evasion.

- Economic Development Plan: A decolonization process for the island is neceassary in order to establish free trade with other nations, customs control, the repeal of the coastal trade laws, and PROMESA that together limit and confiscate our resources.

- Protectionist legislation that allows the development of local industries and reduces capital flight
from the mgastores.
- Development of a sustainable agricultural industry, eliminating the unfair competition.
- Export of goods and services and recruitment of local talent where 30,000 university
degrees are awarded annually.
- Puerto Rico's geographical location, road and port infrastructure allows the island to become
a distribution center of merchandise and passanger traffic between the Caribbean, Americas and
Europe and with priviledged natural resources is an asset for the development of tourism.

By Jonathan De Camps / Miami — After months under shelter in place orders and the death of George Floyd, hundreds left their homes in..
May 31, 2020

By Jonathan De Camps / Miami Gardens, FL — Breaking Our Chains This was my fourth year documenting The Women's March protests. The first time was..
Jan 19, 2020

By Jonathan De Camps / Liberty City — There Is A Dream The 43rd annual Martin Luther King Jr. Day Parade is the oldest and largest celebration in..
Jan 20, 2020

By Jonathan De Camps / Miami, FL — GHOSTS IN AMERICA is a project about portraits of undocumented immigrants from different countries..
Feb 28, 2015

By Jonathan De Camps / Santo Domingo, Dominican Republic — THE MARCH OVER CORRUPTION On July 16th, 2017.  Tens of thousands of protesters flooded the streets of..
Aug 28, 2017

By Jonathan De Camps / Miami Fl — Activists and Haitian Immigrants marched the streets urging the department of Homeland Security to..
May 19, 2017

By Jonathan De Camps / Miami, FL — Ghosts In America Portraits of Undocumented Immigrants     Ghosts in America is an..
Jan 28, 2015