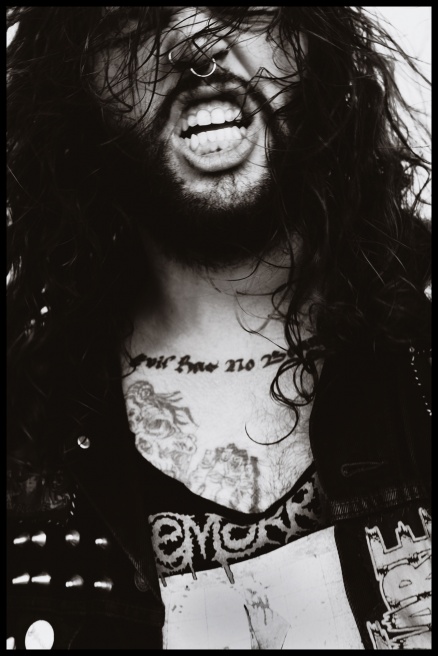 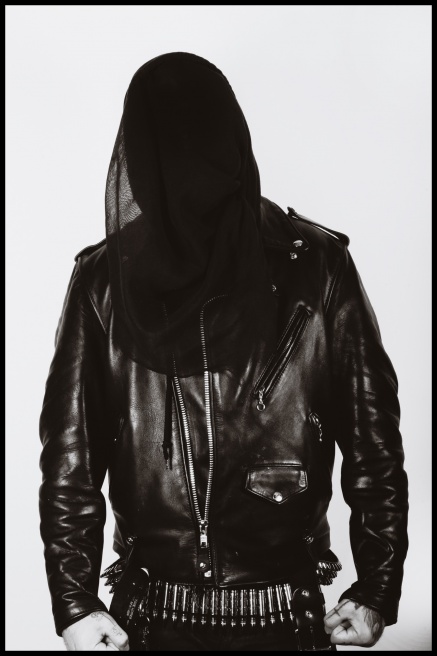 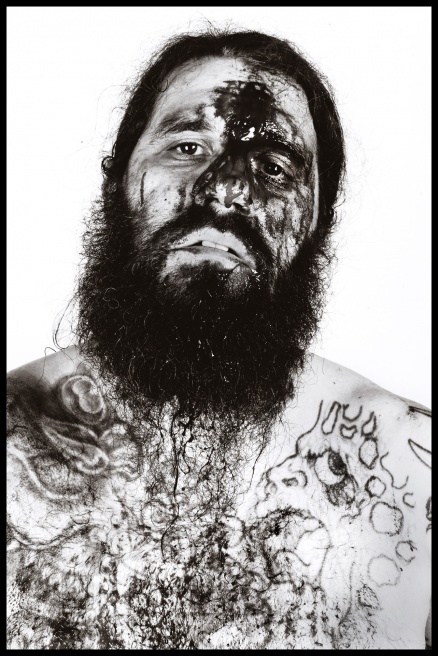 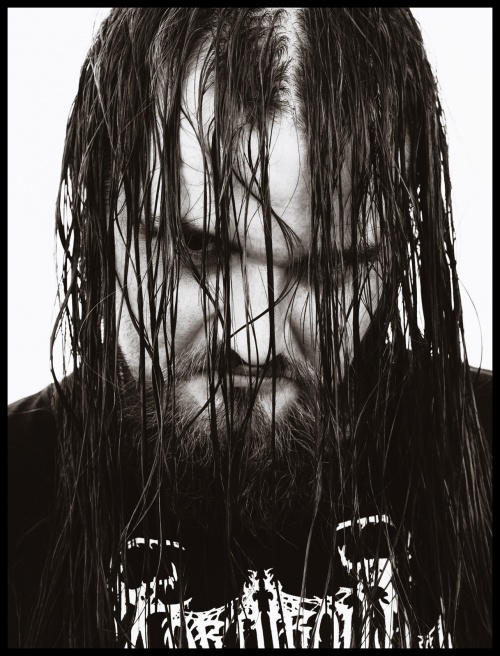 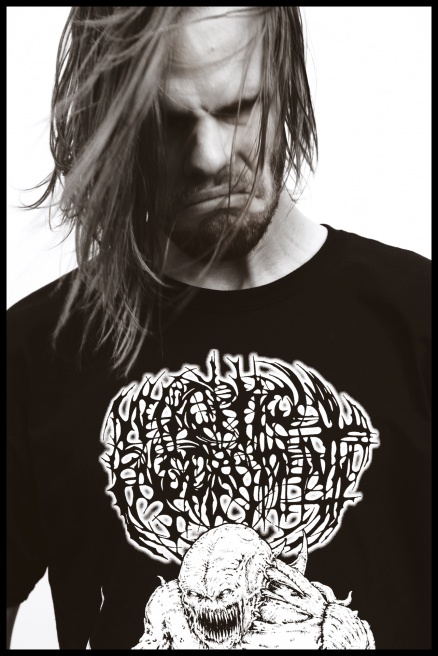 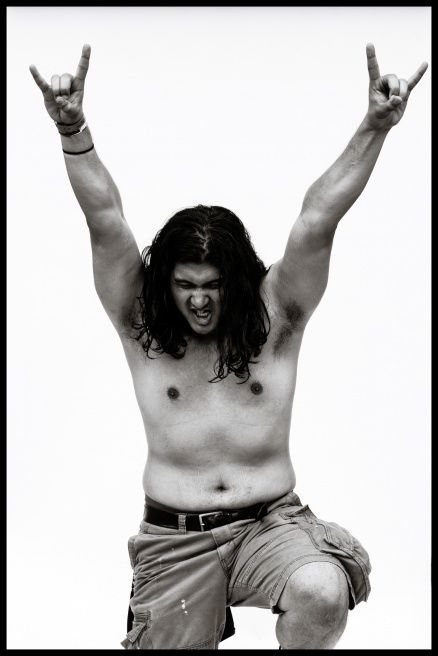 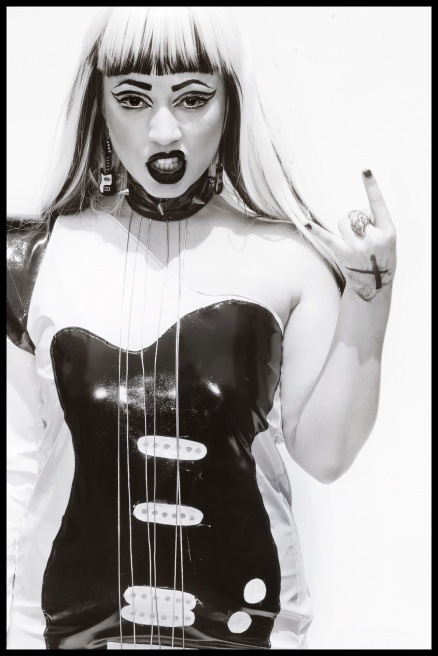 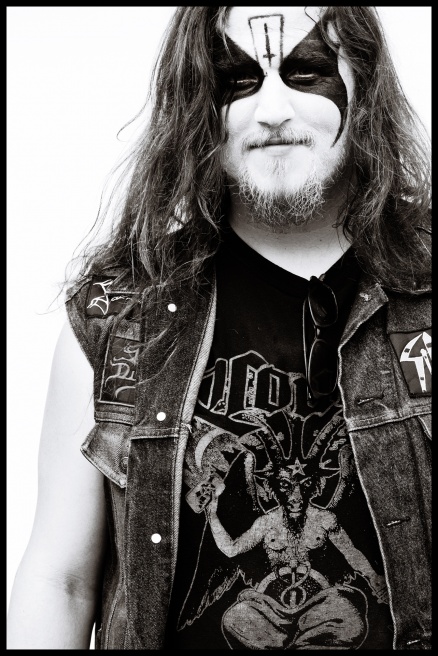 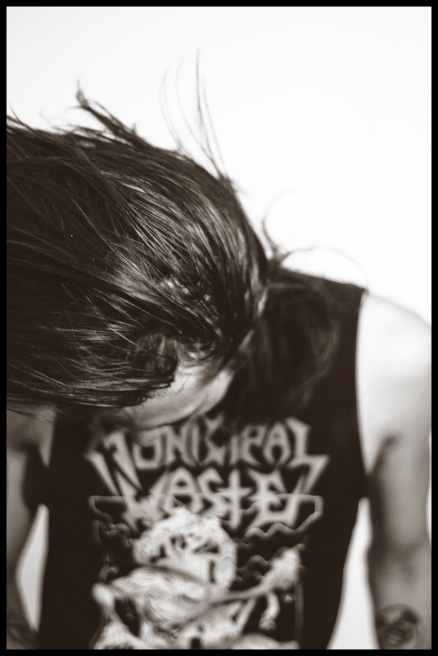 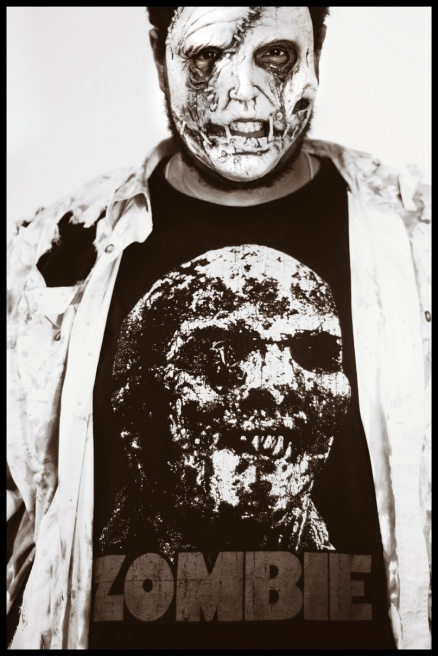 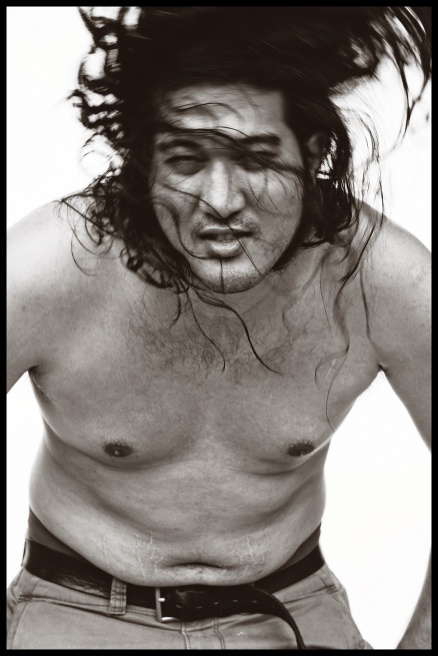 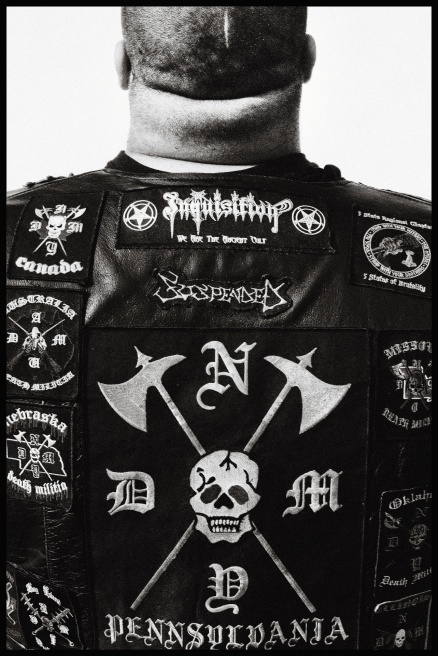 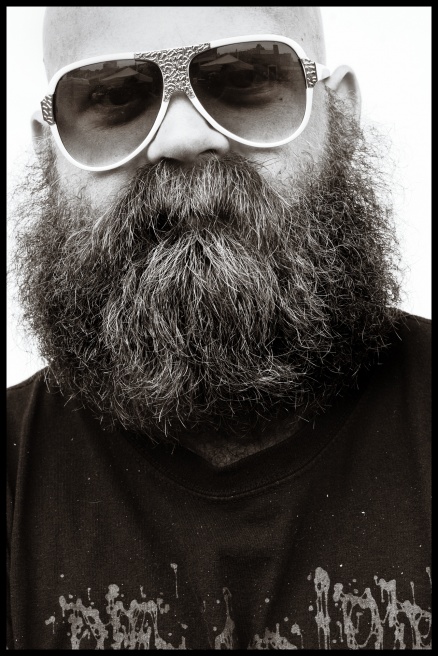 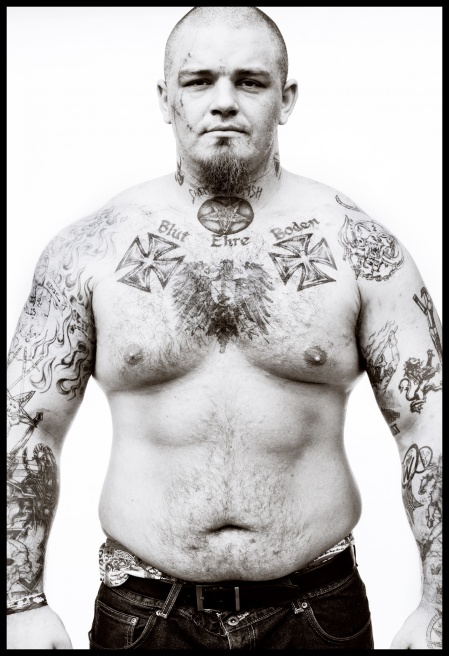 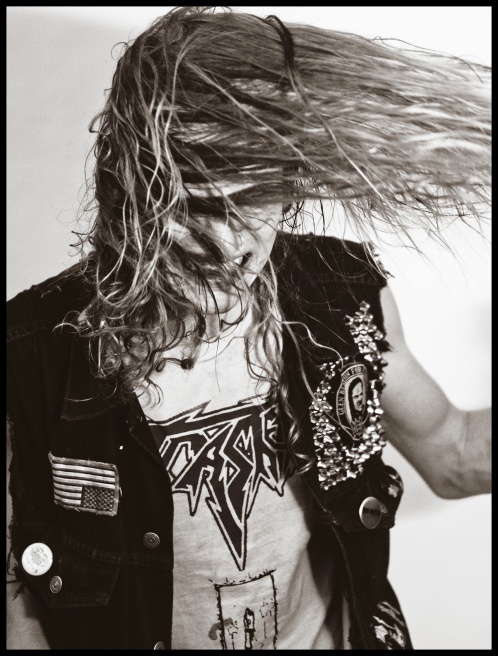 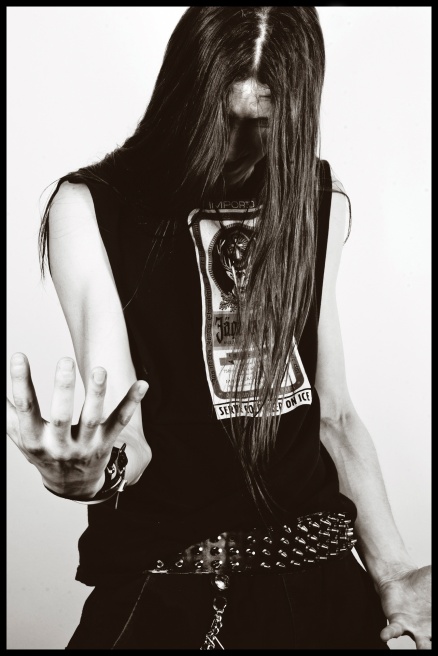 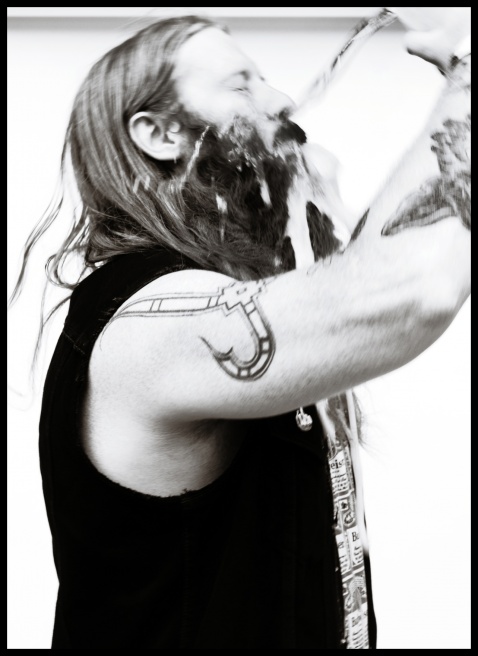 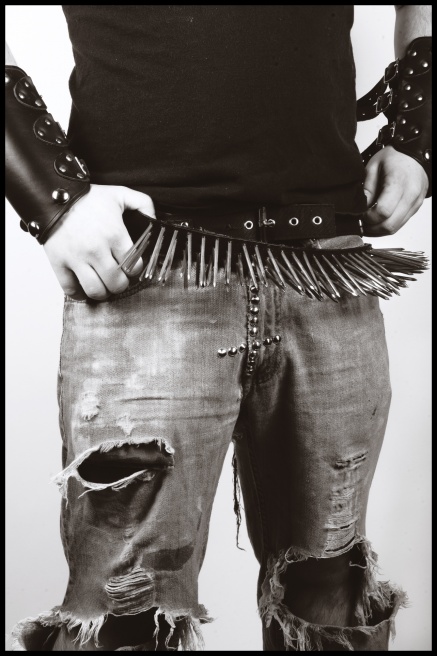 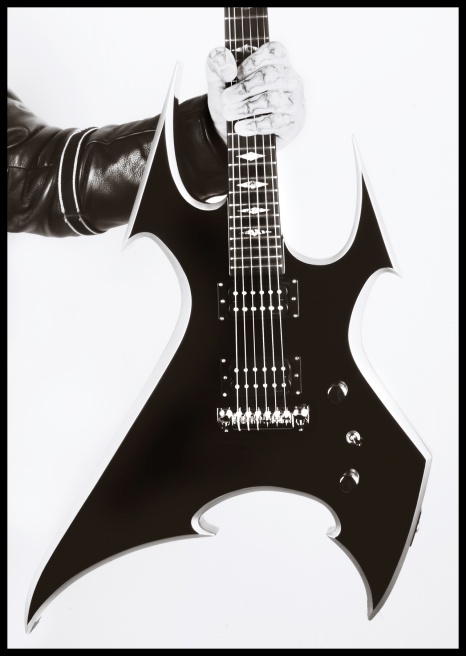 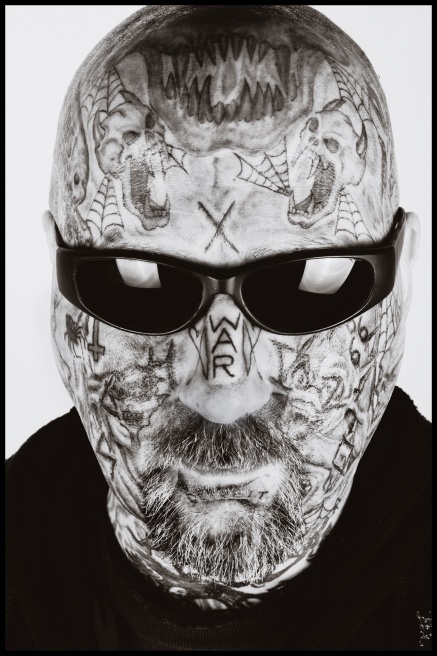 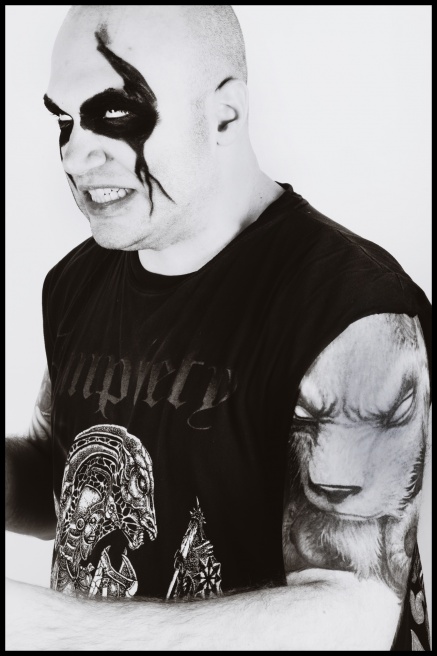 Killer Angels: Faces of American Death Metal,  is a long-form photography project capturing death metal fans “in the moment." There is no religion quite like Death Metal. These portraits were taken by pulling fans from the crowd and shooting the banads just after their set. There are no studio shots. All are on location and during a performance.

I’ve been into metal since middle school, like nine or 10. My first t-shirts … I had two t-shirts my mother had to pry off my body, one was a Judas Priest Turbo t-shirt and Blizzard of Ozz by Ozzy Osbourne. I’ve always had an interest in metal. I’ve always had been into thrash metal at high school, more like S.O.D. and Anthrax because most of my friends were skaters. Killer Angels is a portrait project dedicated to thefans and bands of Death Metal. I take them from the crowd or just after their set and shoot them in the moment. No studiowork and very little photoshop beyond the conversion to black and white.

You can read more about the project here: http://www.decibelmagazine.com/featured/photographer-j-m-giordano-on-killer-angels-a-death-metal-portraiture-project/ and follow my Tumblr here: http://killer-angels.tumblr.com/

By J. M. Giordano / Washington DC — These are excerpts from my upcoming book, Cop/Riot, covering five years of police brutality from the inside..
Jun 22, 2020

The Wound That Never Heals

By J. M. Giordano — This is a series of portraits catching up with the activists of the Baltimore Uprising five years after the..
Mar 11, 2020

By J. M. Giordano — During my coverage of the last Preakness Stakes at Pimlico Race Course, I noticed a lot of elderly gamblers..
Nov 9, 2018

By J. M. Giordano — Selected spot news photos from my time at the photo editor of the The City Paper and as The Guardian's..
Mar 21, 2018

All for Thee This Day: The Fall of American Steel

Seasons of the Gun: Five years of homicide in Baltimore

By J. M. Giordano — Seasons of the Gun is my multi-media, five-year-long project covering homicides in Baltimore.  In..
Jul 17, 2013

Summer of The Gun anniversary

By J. M. Giordano / Baltimore, Maryland — 7 In The City is an on-going project in conjunction with Johns Hopkins University's writing department..
Feb 12, 2018

By J.M. Giordano — Every restaurant has a story. Let me tell yours. I bring a photojournalist's eye to your restaurant and..
Nov 27, 2017

By J.M. Giordano — Weddings shot with the eye of a professional photojournalist.
Nov 27, 2017

By J. M. Giordano — My ongoing series focusing on light in Baltimore's neighborhoods following the death of Freddie Gray.
Feb 21, 2018

By J. M. Giordano — Selections of my political coverage for The City Paper and The Guardian
Feb 21, 2018

By J. M. Giordano — Series documenting Baltimore's undergound BMX riders during the filming of Running Wild . The locations of..
Feb 19, 2018

By J. M. Giordano / Baltimore, Maryland — Corner to Cul-de-Sac: Following Baltimore's drug trade from the city to the county.
Dec 7, 2017

"Wrapped in a Flag"

Gray in Black and White

By J. M. Giordano — I watched the Freddie Gray protests unfold with two different eyes. One eye kept a watch over editorial..
Oct 3, 2017

By J. M. Giordano — I was sent to cover pride for a local paper and instead of shooting the random street shots we're all used..
Jun 18, 2013