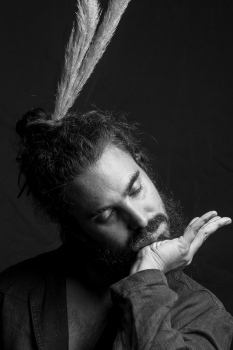 Photographer / Based in Paris, France

João Pina is a freelance photographer born in Portugal in 1980. He began working as a professional photographer at age eighteen, and graduated from the International Center of Photography’s Photojournalism and Documentary Photography program in New York in 2005. Pina’s photographs have been published in D Magazine, Days Japan, El Pais, Expresso, GEO, La Vanguardia, New York Times, New Yorker, Newsweek, Stern, Time, and Visão, among others.

In 2007, Pina published his first book, Por Teu Livre Pensamento (out of print), featuring the stories of twenty-five former Portuguese political prisoners. This project inspired an Amnesty International advertising campaign that earned him a Gold Lion Award in the 2011 Cannes Lions International Festival of Creativity, and won the OSF – Moving Walls 21 in 2013. He also received the Estação Imagem grant in 2010, and was a finalist for the Henri Nannen and Care awards in 2011, and the Alexandra Boulat Grant in 2009.

In 2014, he finished his longest personal project, documenting the remnants of Operation Condor, a large-scale secret military operation to eliminate political opposition to the military dictatorships in South America during the 1970s, resulting in his second book CONDOR.

His third book 46750, published on the spring of 2018, focus on the ongoing urban violence in Rio de Janeiro and the city’s transformation over the past decade while preparing for the 2014 FIFA World Cup and the 2016 Olympic Games.

He was a Nieman Fellow at Harvard University in 2017/2018 and is a faculty member of the International Center of Photography in New York, and a regular lecturer and teacher of photography workshops.