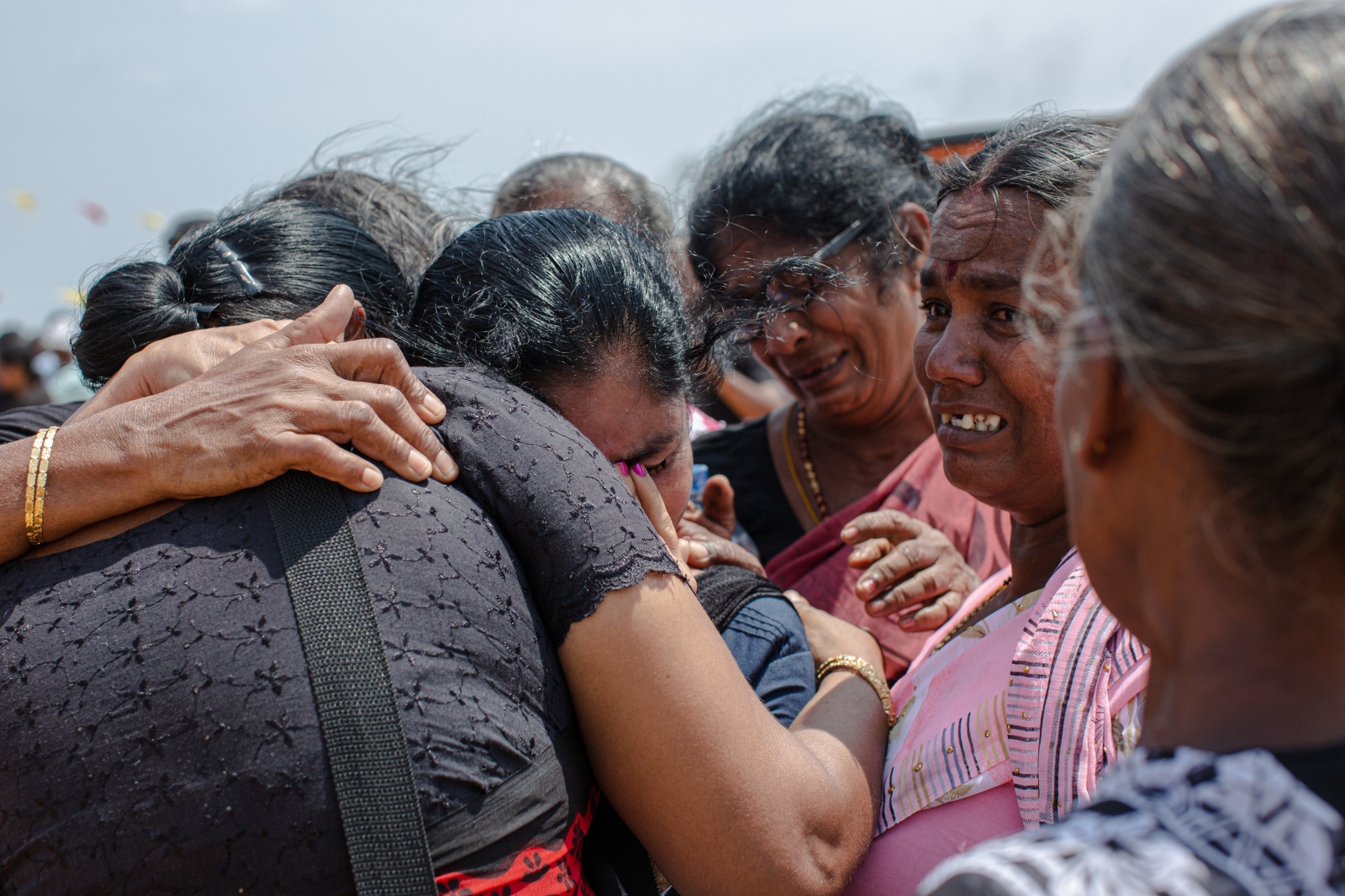 18 May 2019 marked ten years since the end of the Sri Lankan Civil War. Mullivaikkal Remembrance Day takes place in the fields where tens of thousands of Tamils were killed by the army in the final month of the 30-year civil war.

Living with the Past explores how Sri Lanka lives in the shadow of its conflict, having never dealt with the human rights abuses of the war, and with those who confront the past living under constant threat.

The 30-year civil war ended in a brutal final phase in 2009, when tens of thousands of Tamil civilians were killed by the government forces. Those who survived have longed called for those responsible to face an international criminal court for genocide. In reality, those responsible remain in government or in positions of power.

Enforced disappearances, torture and repression of free speech have since been embedded into the fabric of Sri Lankan society. In recent years, sectarian violence has increased, with Buddhist nationalists having launched attacks on Islamic and Christian places of worship; Islam and Christianity being two minority religions in Sri Lanka.

These tensions erupted as a result of the Easter Sunday attacks on 21 April 2019. The country responded by singling out and targeting the Muslim community. Violent mobs attacked Muslims on the streets and in their homes.

Living with the Past started in 2015 when I lived in Sri Lanka working as a Field Researcher for the NGO, INFORM. I returned in 2019, a few days after Easter Sunday, to cover the aftermath and consequences of this act of terrorism on a country already divided. 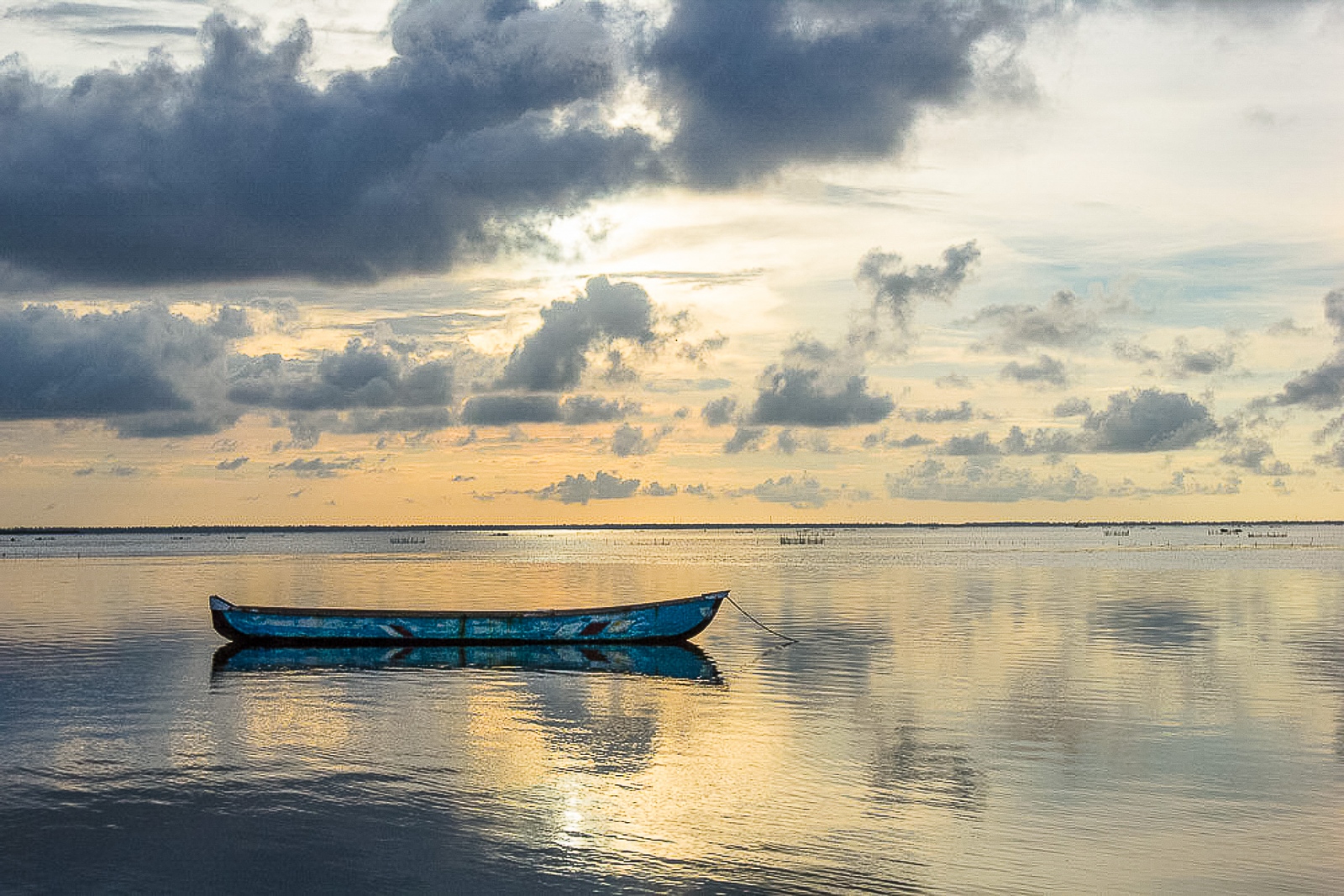 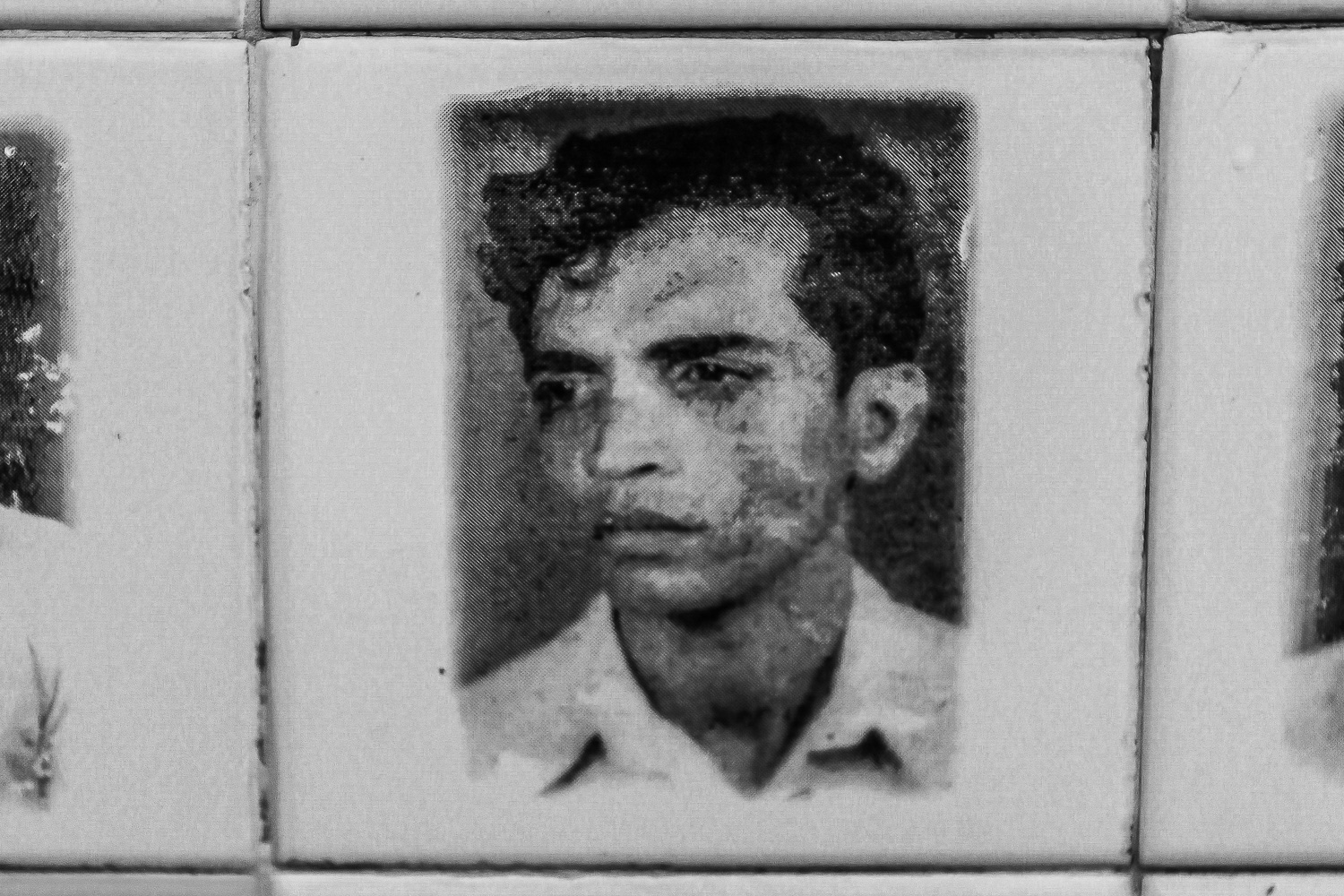 A memorial to those who had been enforced disappeared. In the last decade, enforced disappearances (when a person is secretly abducted or imprisoned by a state) have been a widespread tactic against those campaigning for the truth about how the war ended and justice for those responsible.
(September, 2015) 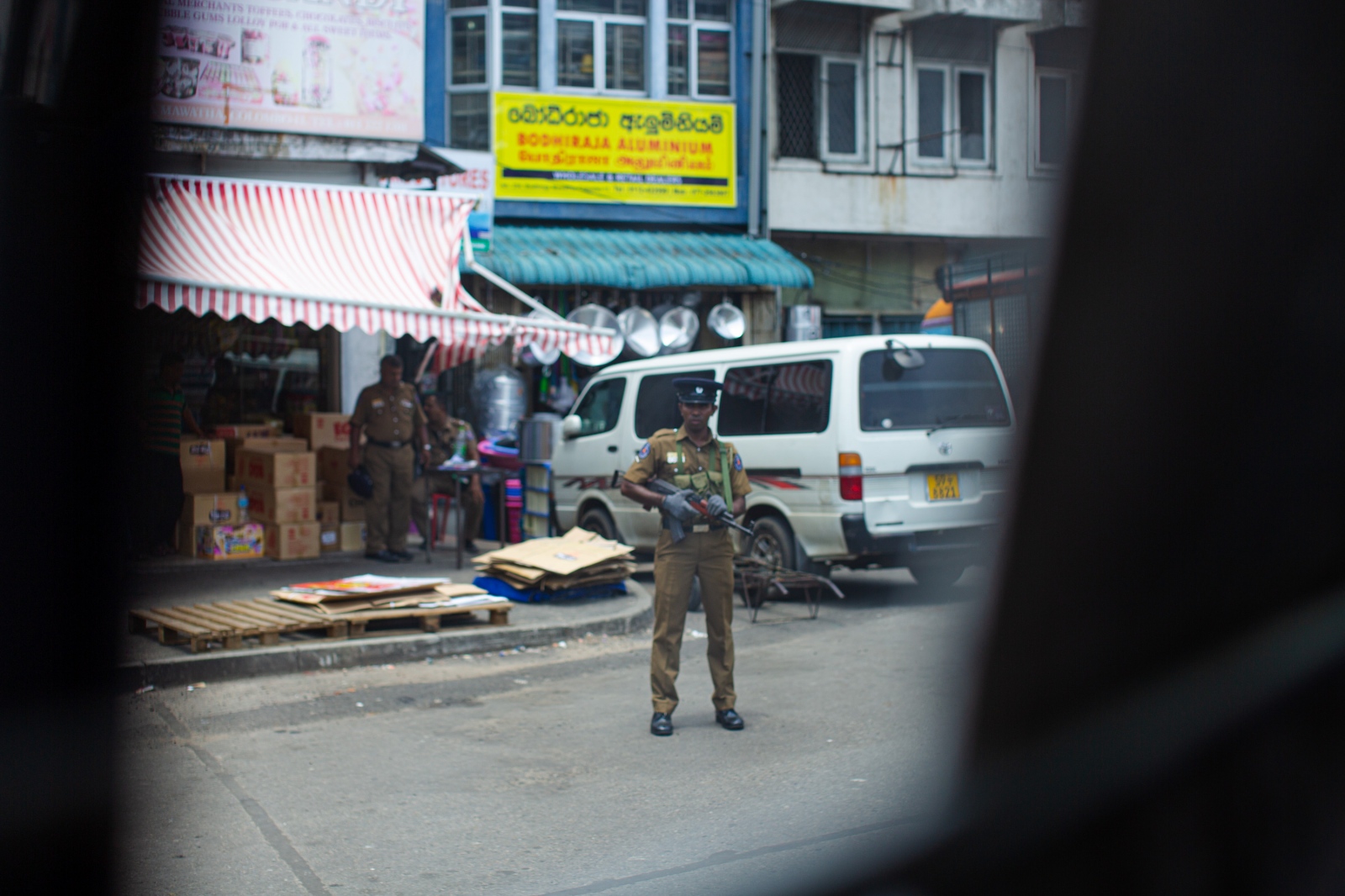 In the aftermath of the Easter Sunday attacks, a state of national emergency was declared, giving sweeping powers to the army and police to detain and interrogate suspects without court orders.
(April, 2019) 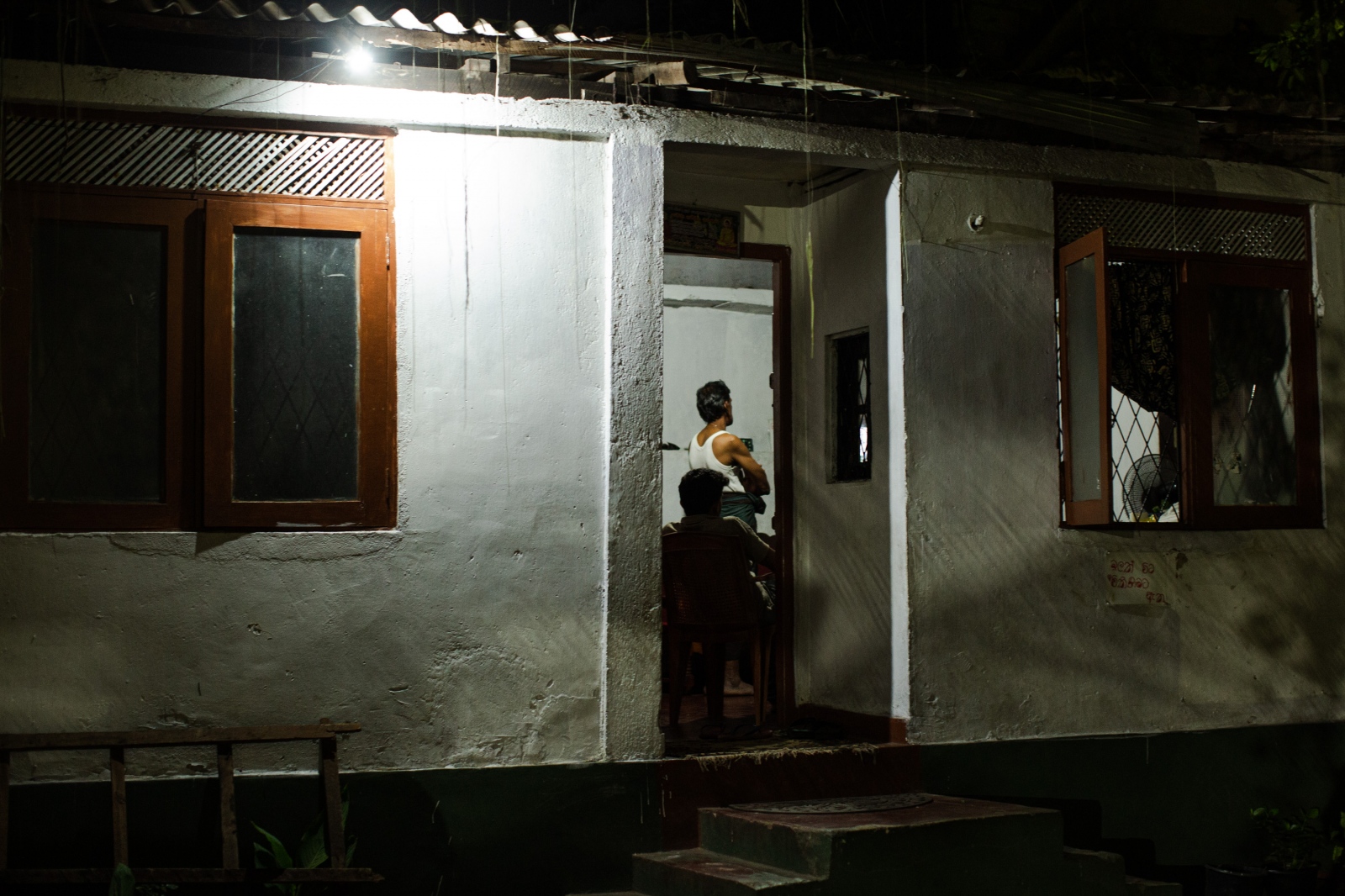 A household watches the news in the week after the terrorist attacks. Under the newly imposed state of national emergency, it was announced that the security forces have successfully arrested hundreds of Muslims supposedly linked to this terror operation. The government also announced daily warnings that schools, hospitals and bridges were new targets for terrorists still active in Sri Lanka.
(April, 2019) 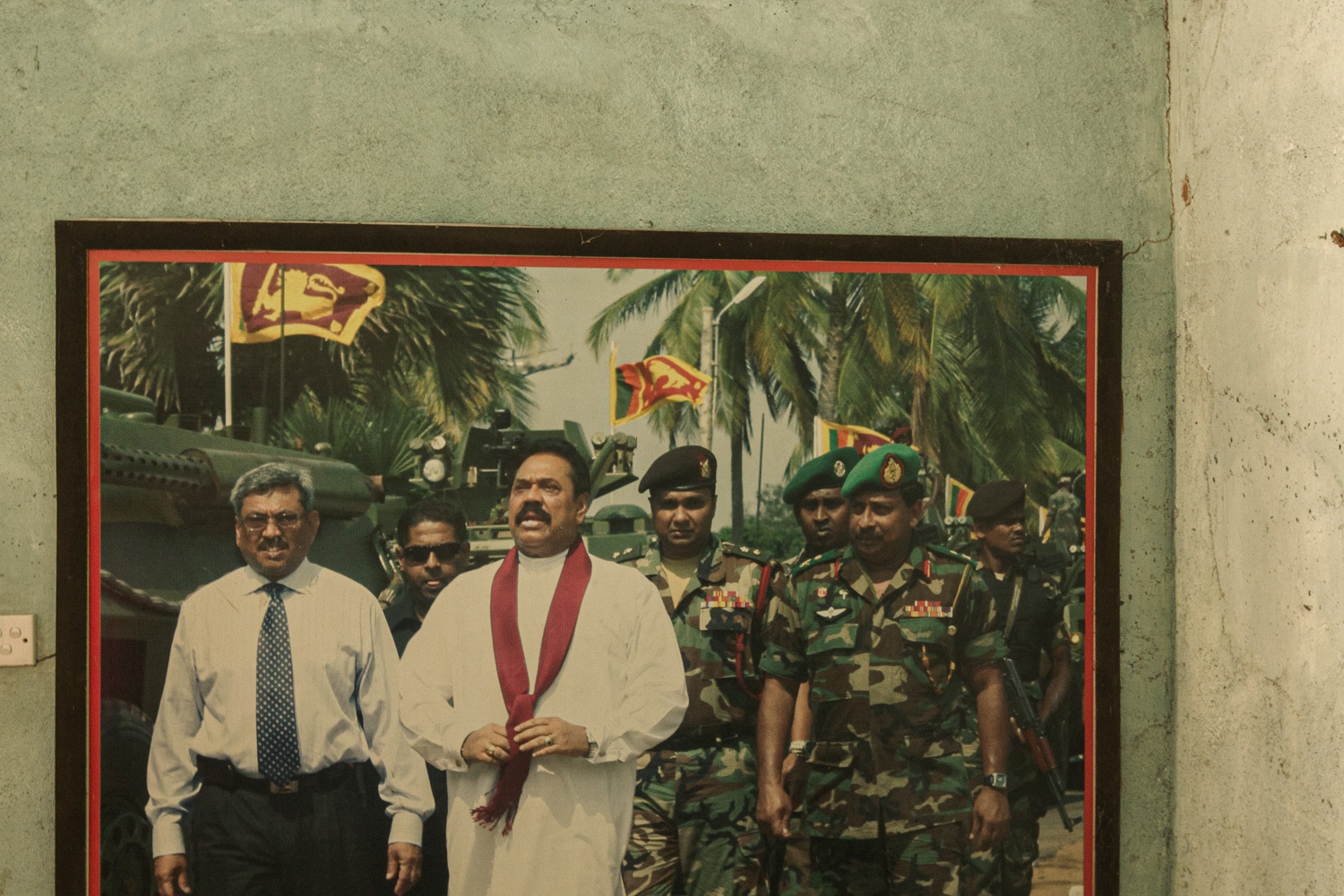 A picture of a military celebration with the ex-President, Mahinda Rajapaksa (centre), and his brother, Gotabhaya Rajapksa (right), ex-Minister of Defence. Together they oversaw and executed the final phase of the civil war in 2009, in which tens of thousands of Tamil civilians were killed in a matter of months. Gotabhaya Rajapksa used the aftermath of the Easter Sunday attacks to announce his run for the presidency and the need for strong leaders who would put Sinhalese Buddhists first.
(September, 2015) 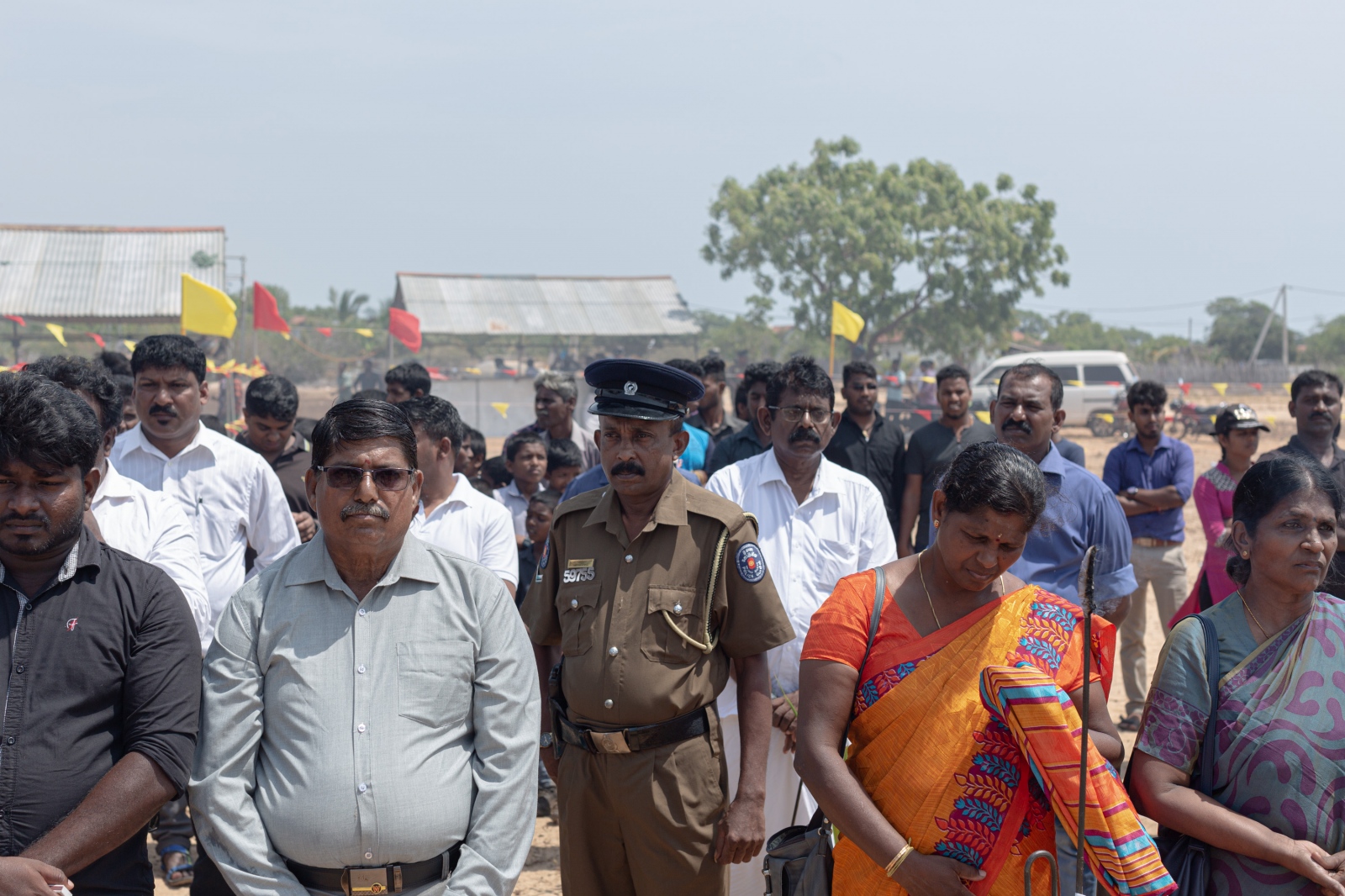 The army surround the Mullivaikkal Remembrance Day Service, taking down identification details of everyone in attendance. In the last decade, enforced disappearances (when a person is secretly abducted or imprisoned by a state) have been a widespread tactic against those campaigning for the truth about how the war ended and justice for those responsible.
(May, 2019) 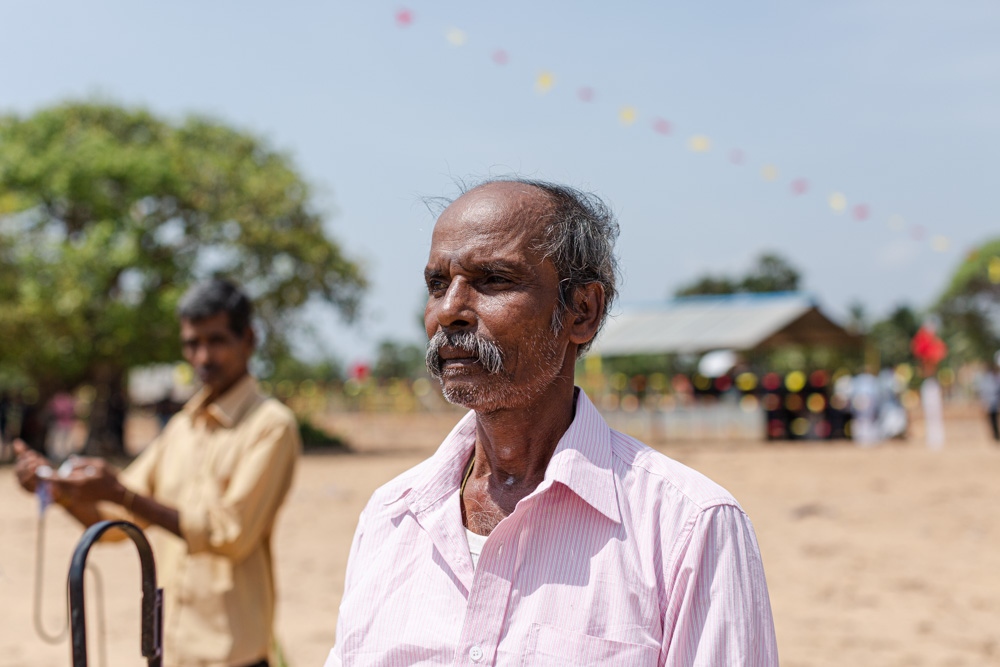 A mourner at Mullivaikkal Remembrance Day.
(May, 2019) 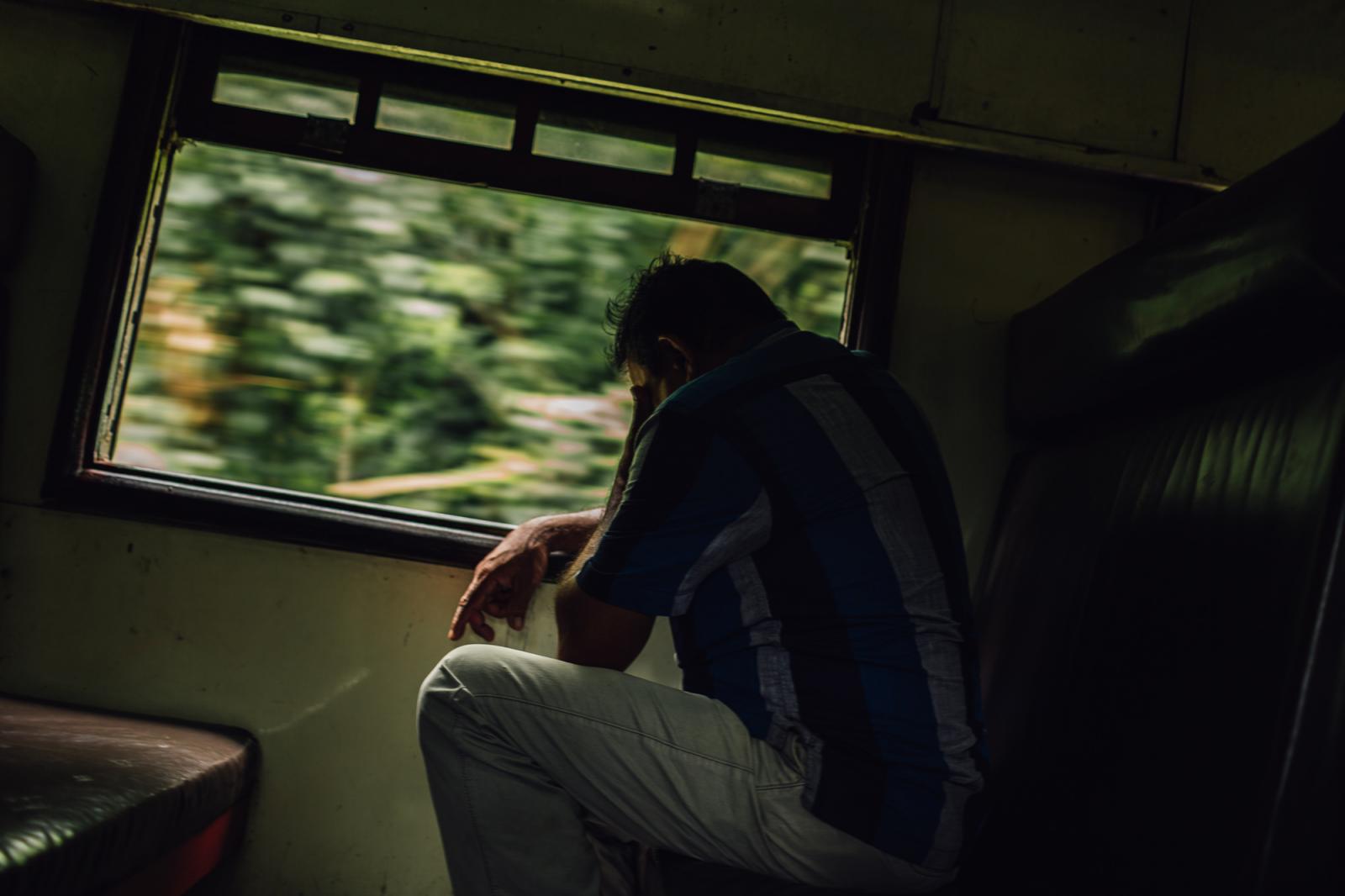 The trains connect the North with the South. Colombo to Jaffna is only an 8 hour journey.
(November, 2019) 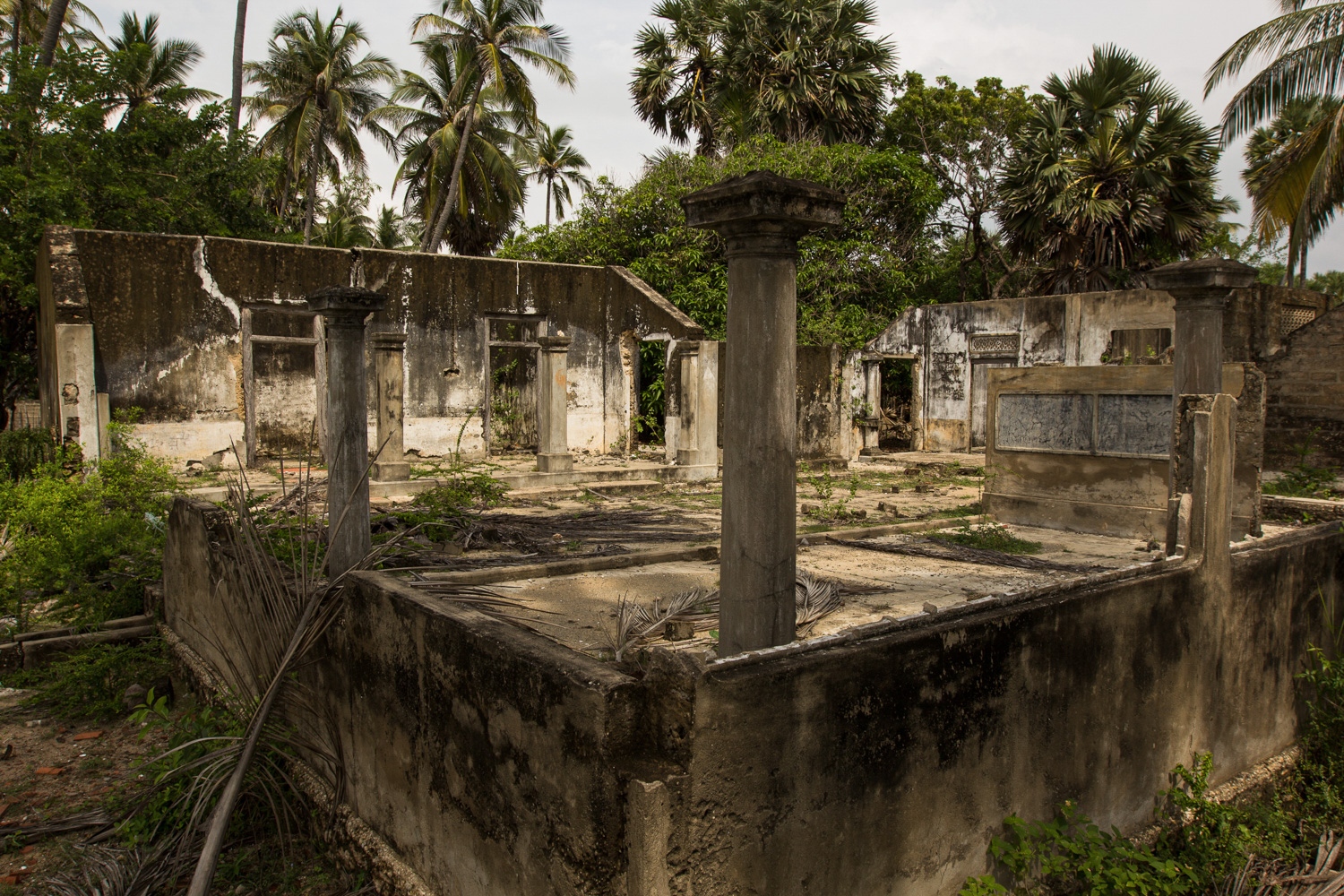 A forgotten home in Jaffna. During the 1980s, Jaffna became the frontline of the civil war. Many of the houses have not been touched in the decades since.
(November, 2015) 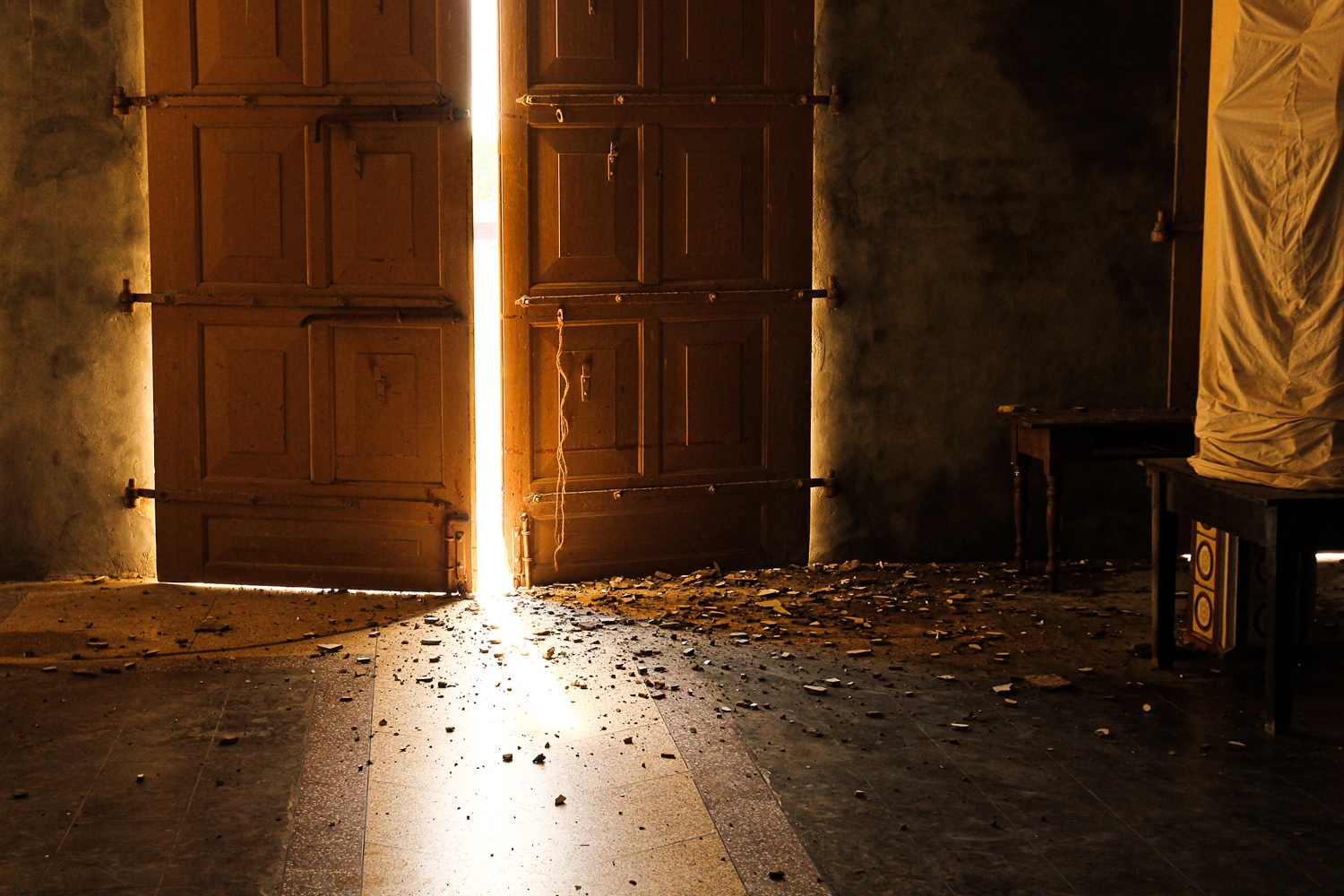 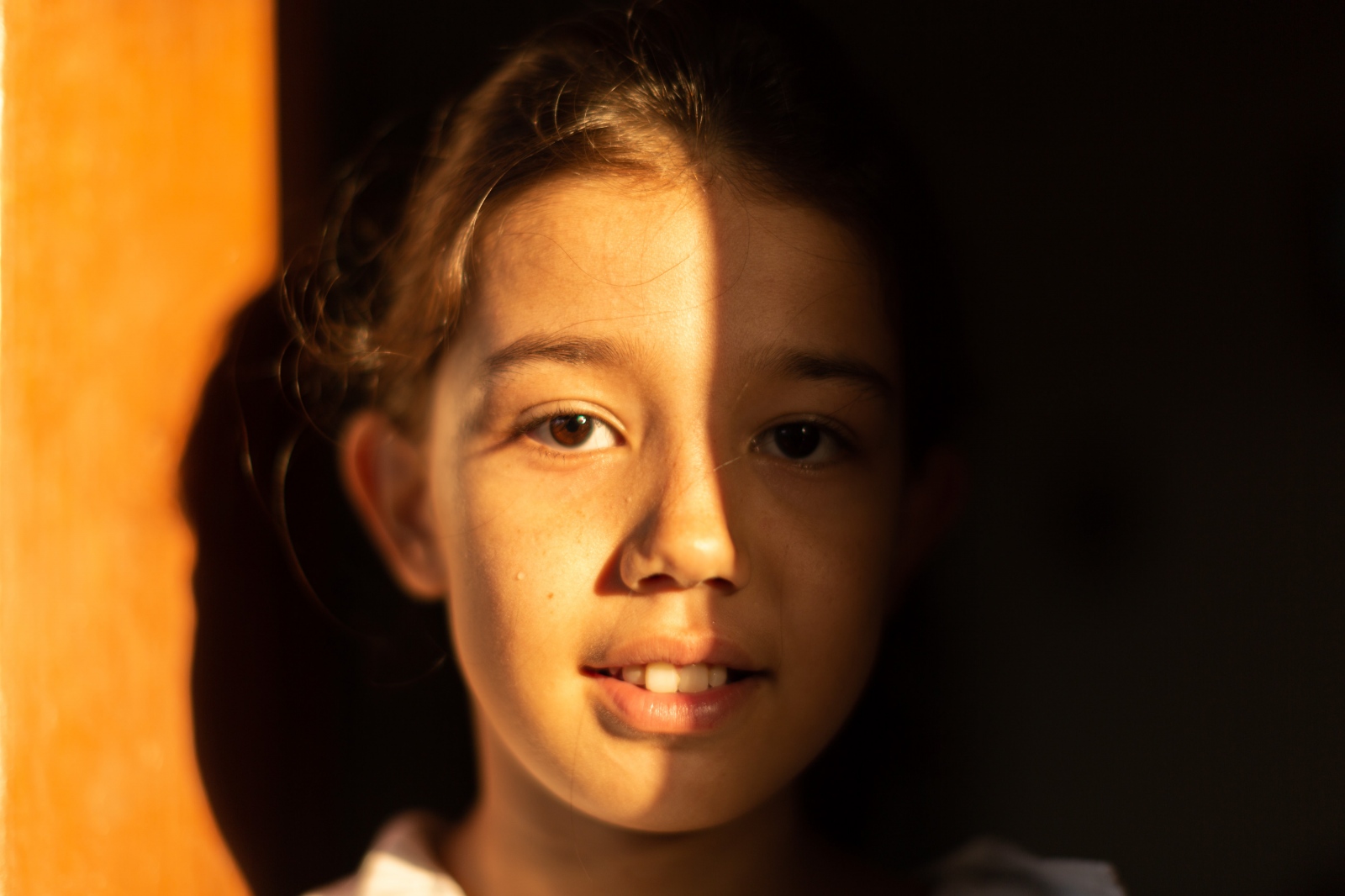 Fatima Ahmadi, a young refugee from Afghanistan, reaches a safe house in Jaffna. She travelled from Colombo with her family after they were evicted from their home.
(May, 2019) 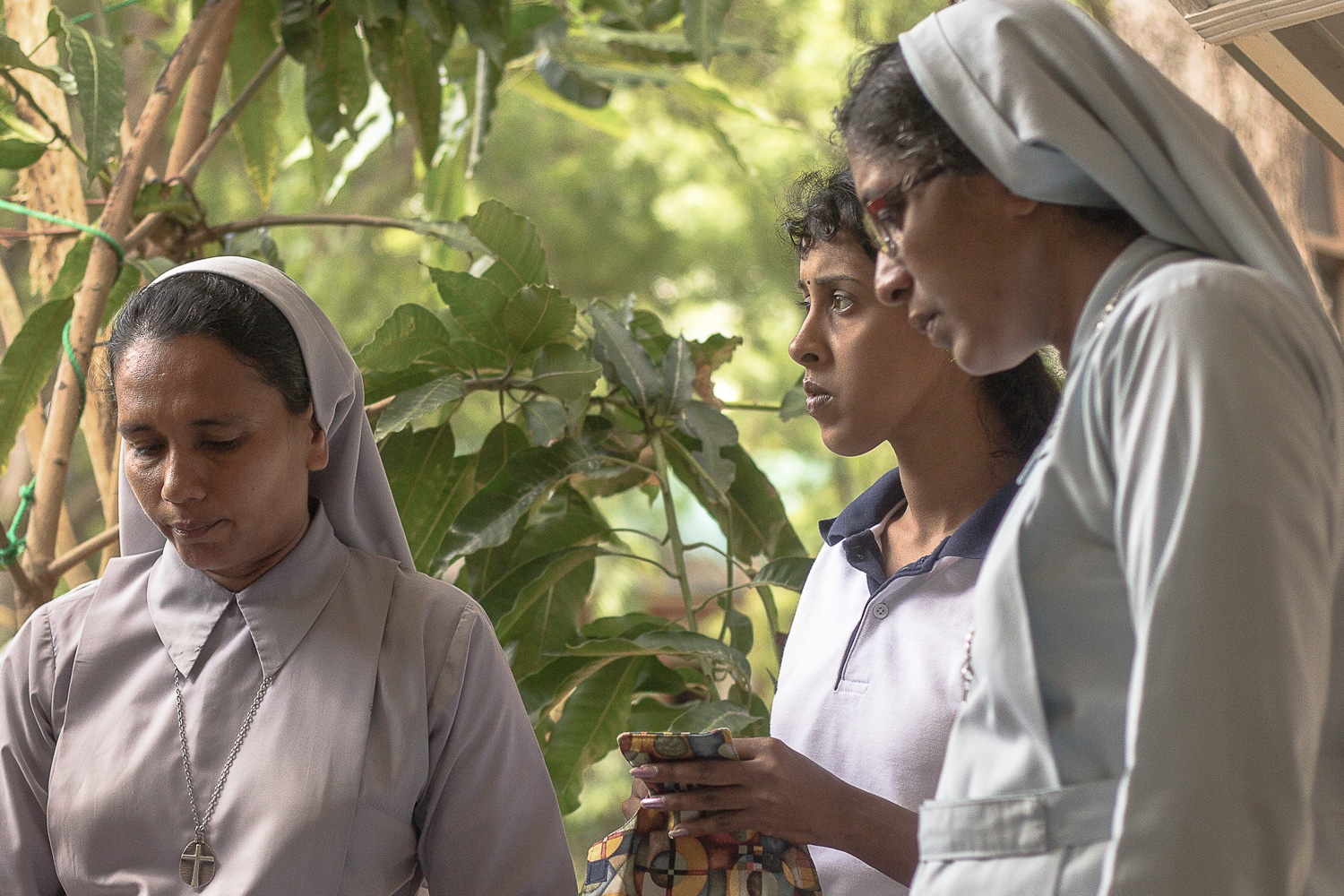 Three sisters of VAROD. VAROD in Vavuniya, northern Sri Lanka, is an orphanage for children who lost their parents during the conflict. They also care for children with physical and mental injuries.
(August, 2015) 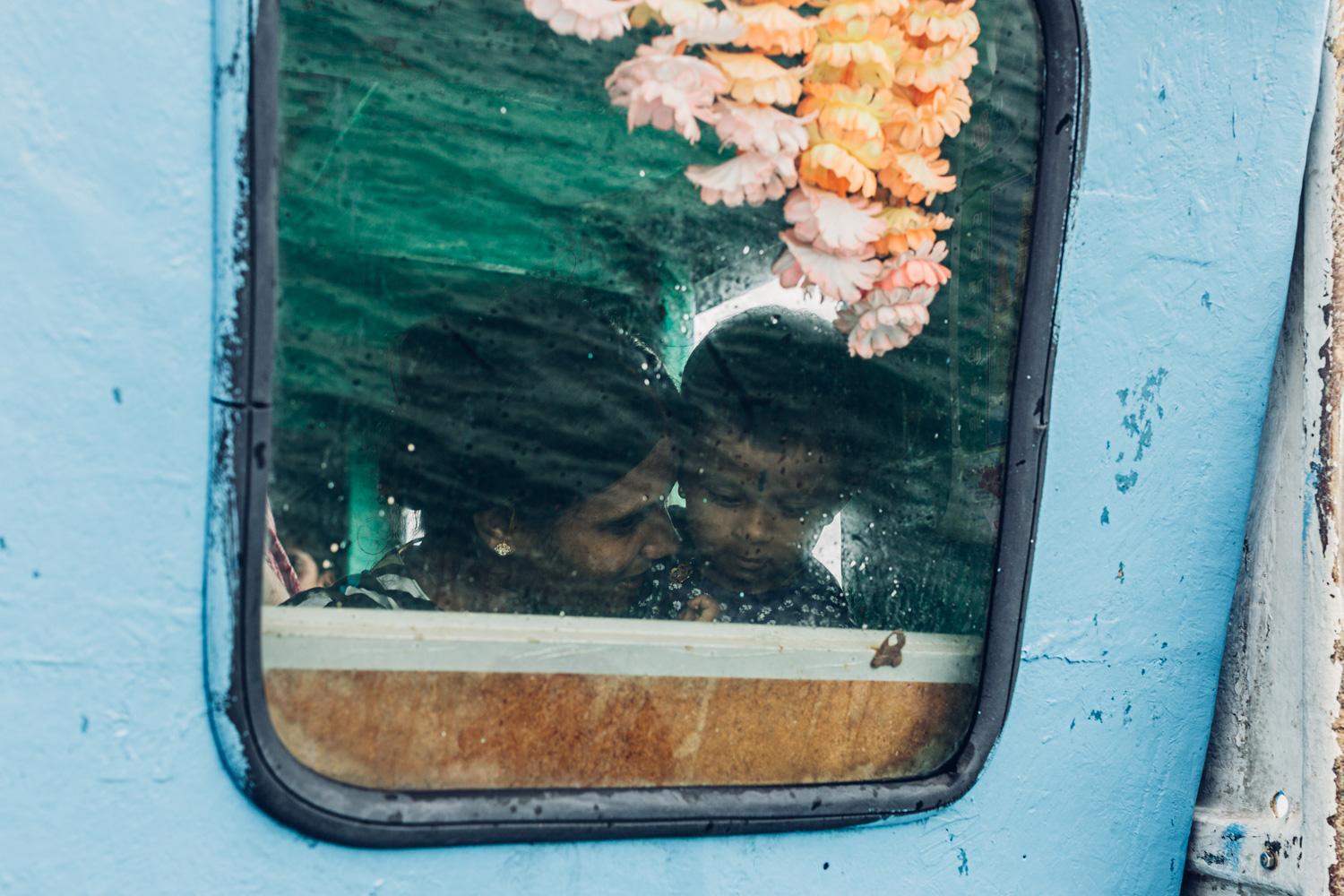 A Mother and daughter on a boat heading to Nainativu Island which is the final destination on a Hindhu pilgrimage to Nainativu Nagapooshani Amman Temple. The impact of war is visible across these islands thousands of abandoned houses stills it ravaged by mortar shells and gunshots lay in waste, in sharp contrast to the beauty of Northern Sri Lanka. 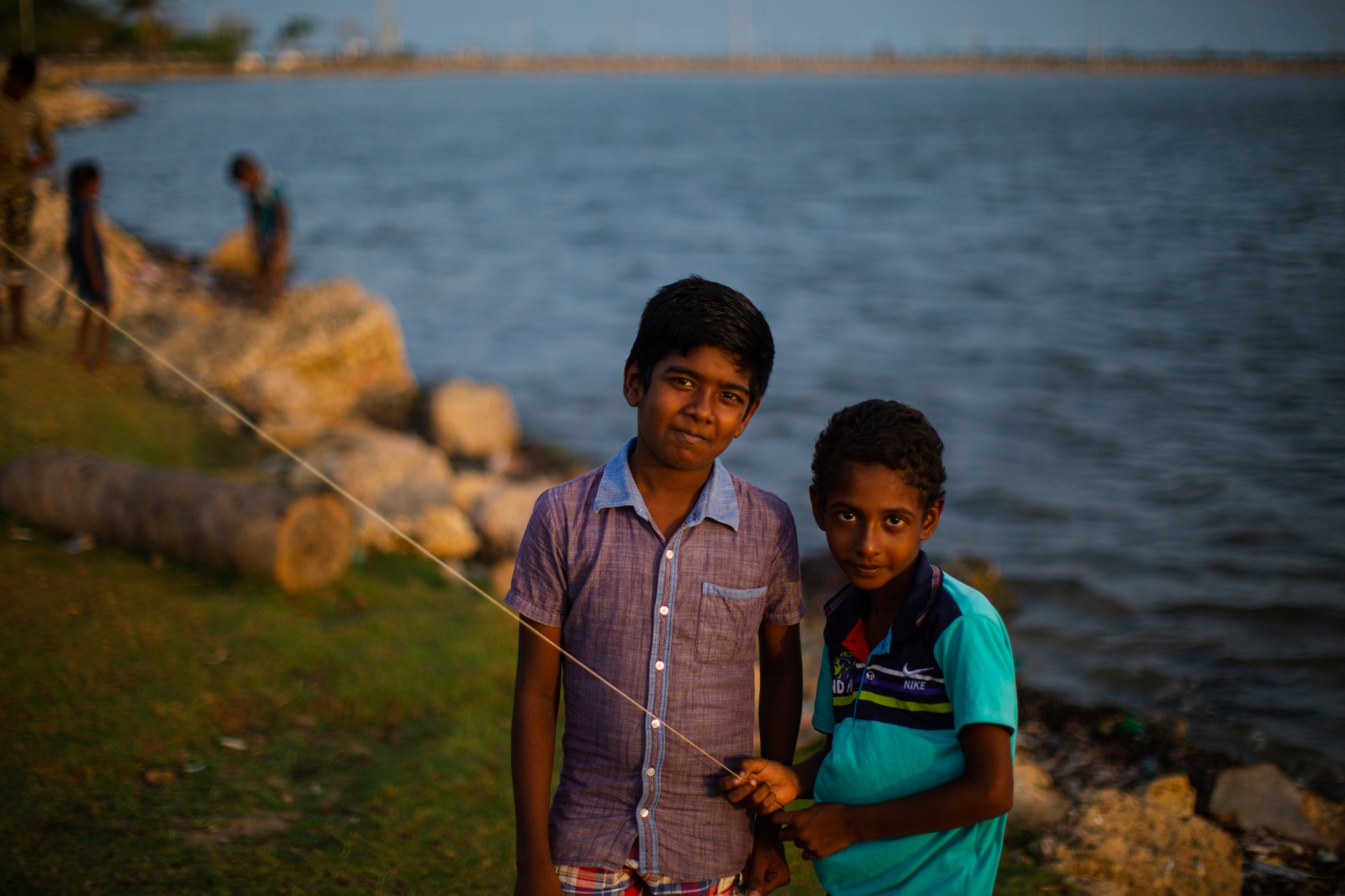 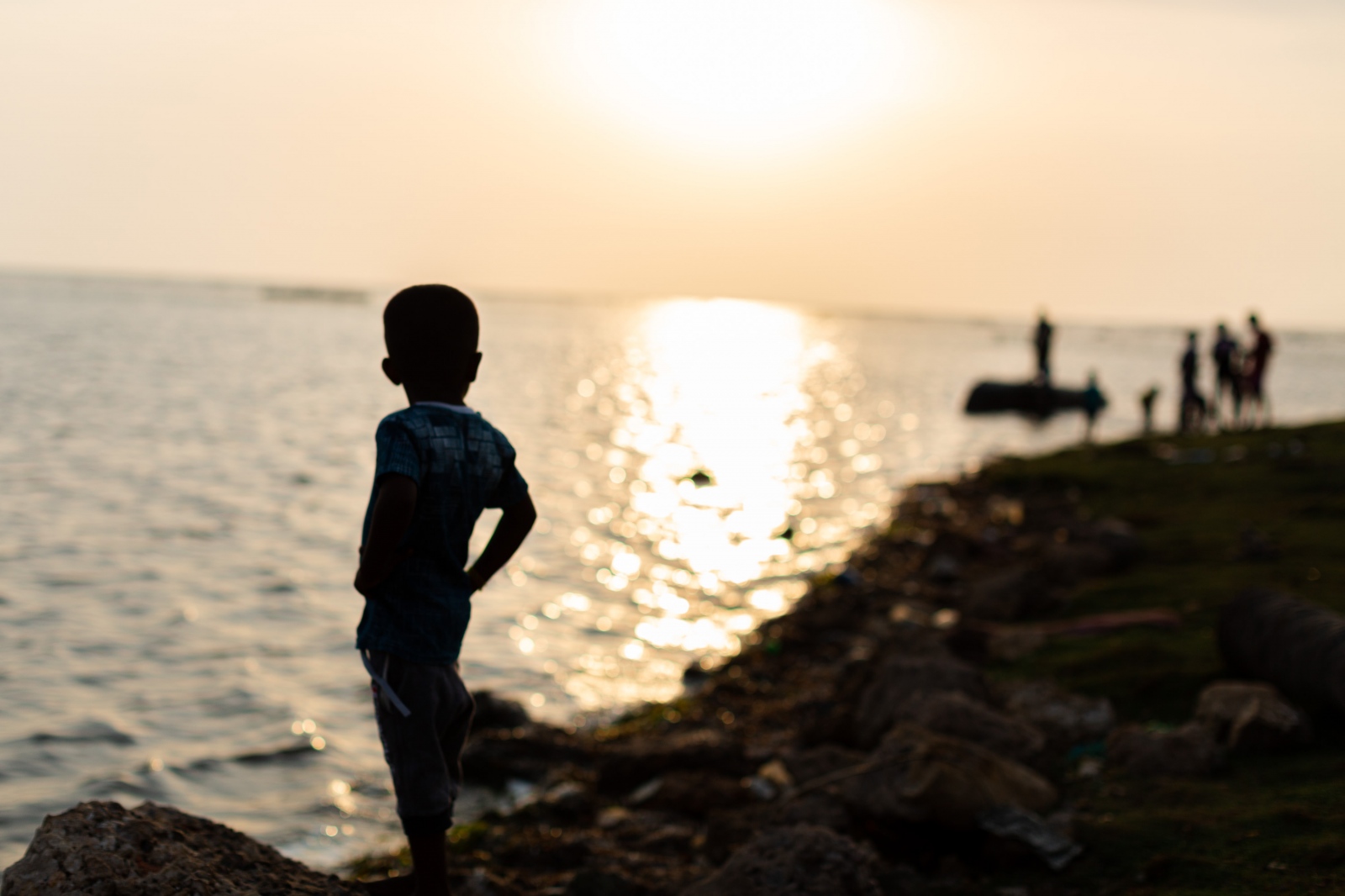 A young boy watches fishermen coming into the shore in Jaffna.
(May, 2019) 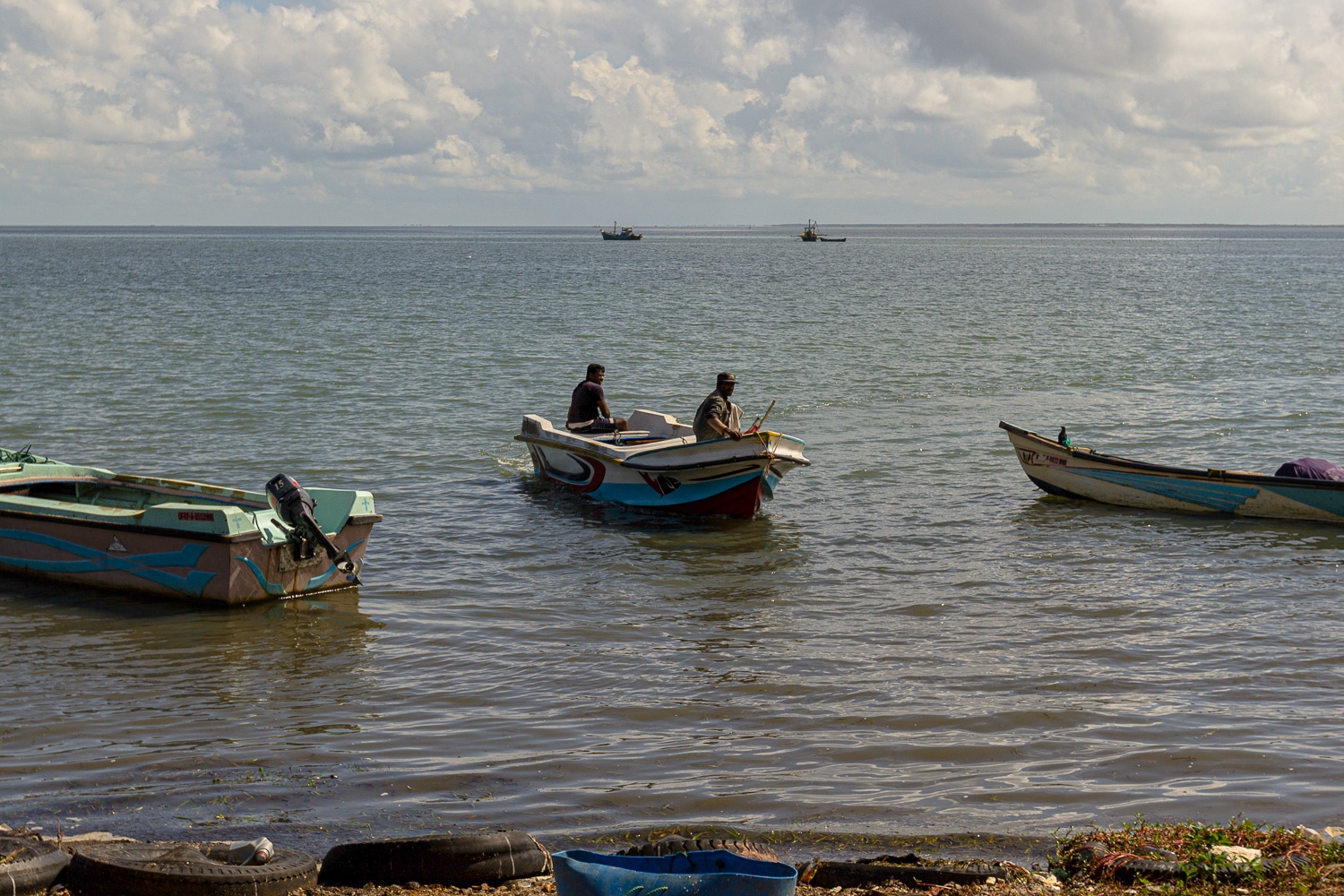 A navy boat arrives to shore in Mannar, the northern-most point of Sri Lanka. This photo was taken after the government had promised the UN that the de-militarisation of the north had already taken place.
(September, 2015) 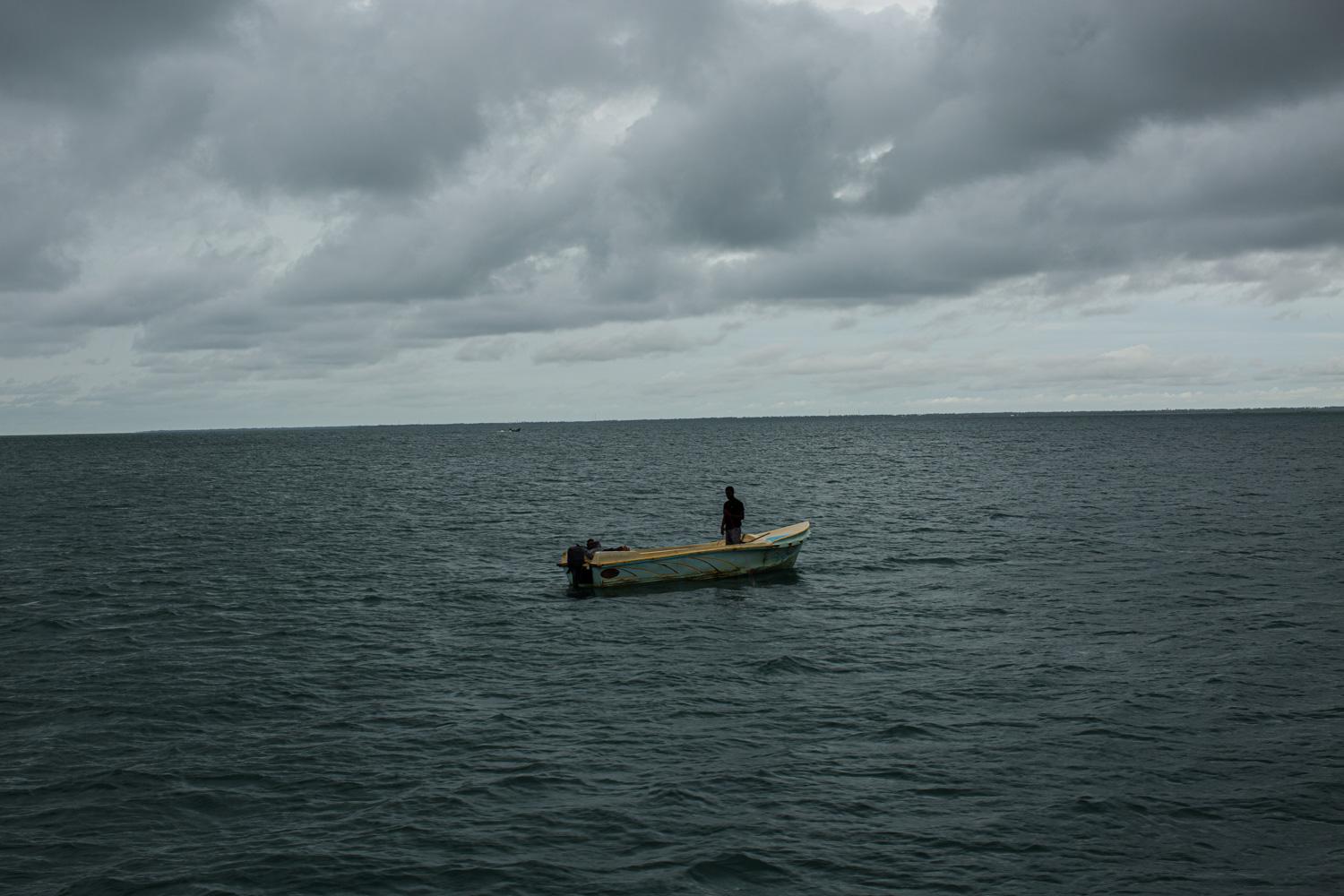 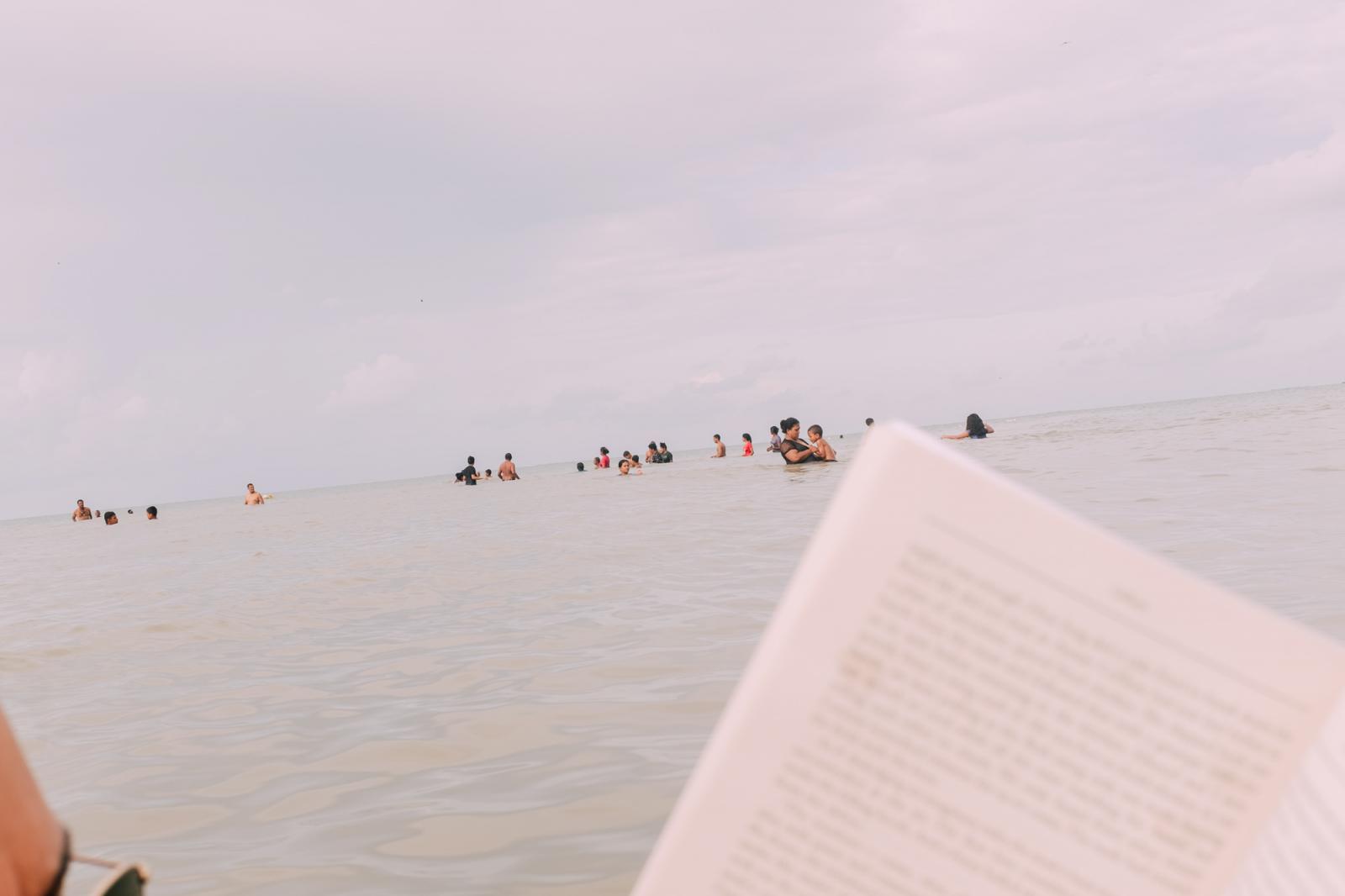 The Sinhalisation of the North, Sinhala tourists play in the sea in the Northern province near Point Pedro, Jaffna. The government has made a policy of privatising the north and encouraging the travel of Sinhalese people to the Tamil North. These tourists arrived in a bus load from the capital and far outnumbered the Tamils.
(October, 2019) 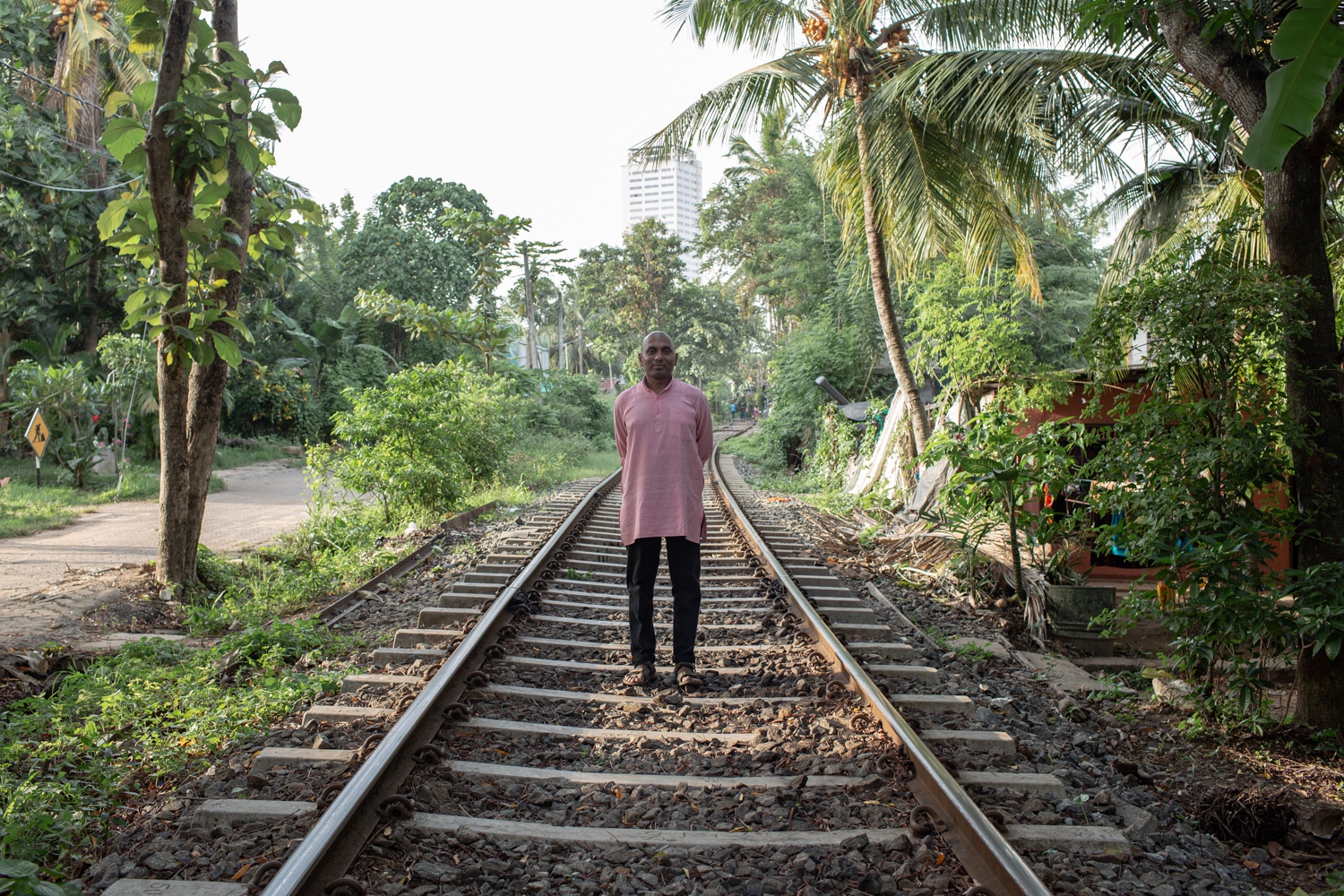 Ruki Fernando, a human rights activist, stands outside the offices of INFORM. The NGO monitors and documents continuing human rights abuses in Sri Lanka. In the aftermath of the terrorist attacks on Easter Sunday, sectarian violence erupted and a small population of refugees, who had been living in Sri Lanka for years, were singled out and targeted in violent attacks. Ruki and a team of activists responded by helping to shelter refugee families, moving them to safe houses across Sri Lanka - safe houses which were first used during the civil war.
(May, 2019) 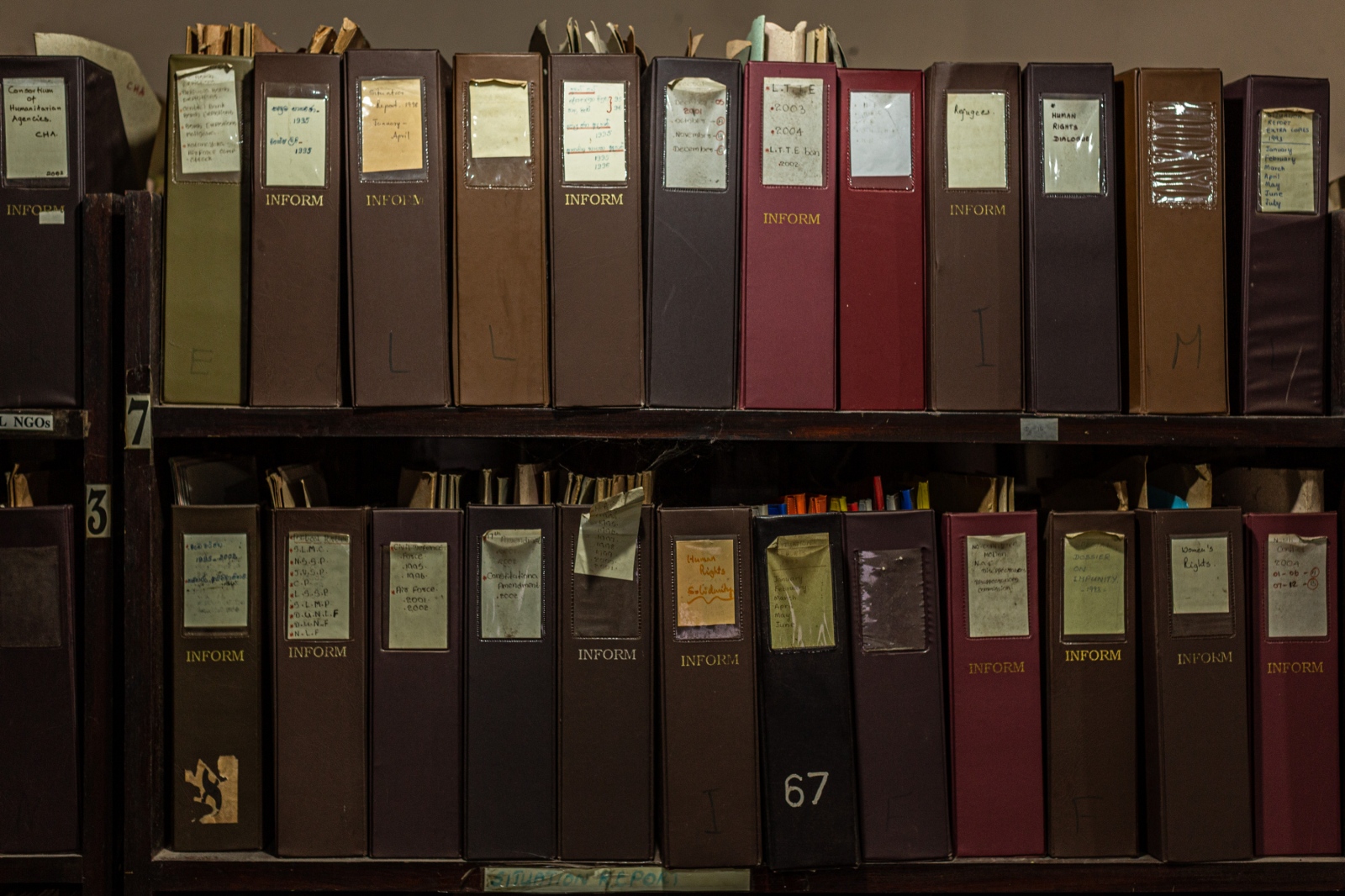 The cases of human rights abuses documented by INFORM.
(April, 2019) 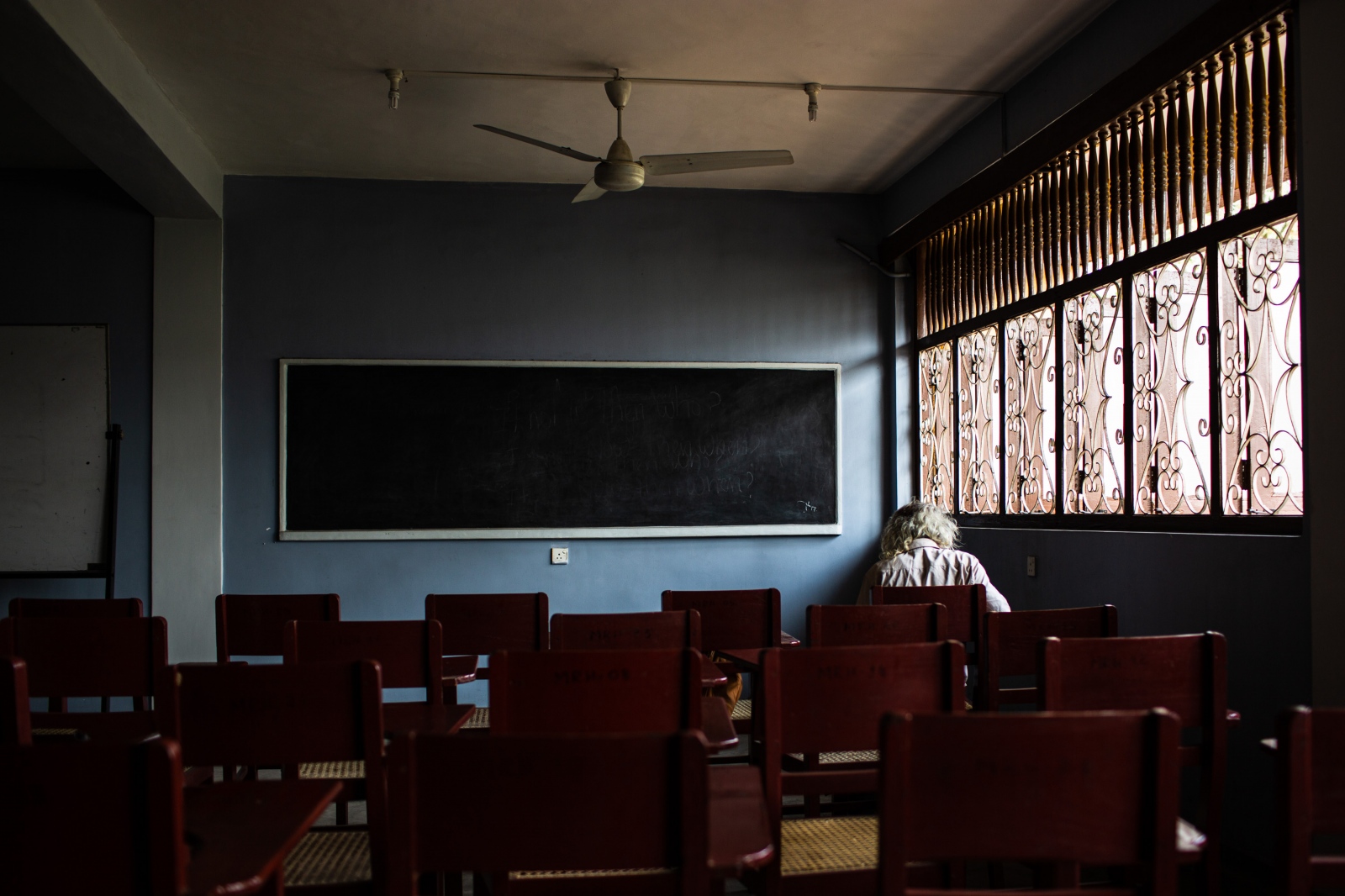 A safe house in Colombo used for meetings and education amongst the activist community.
(May, 2019) 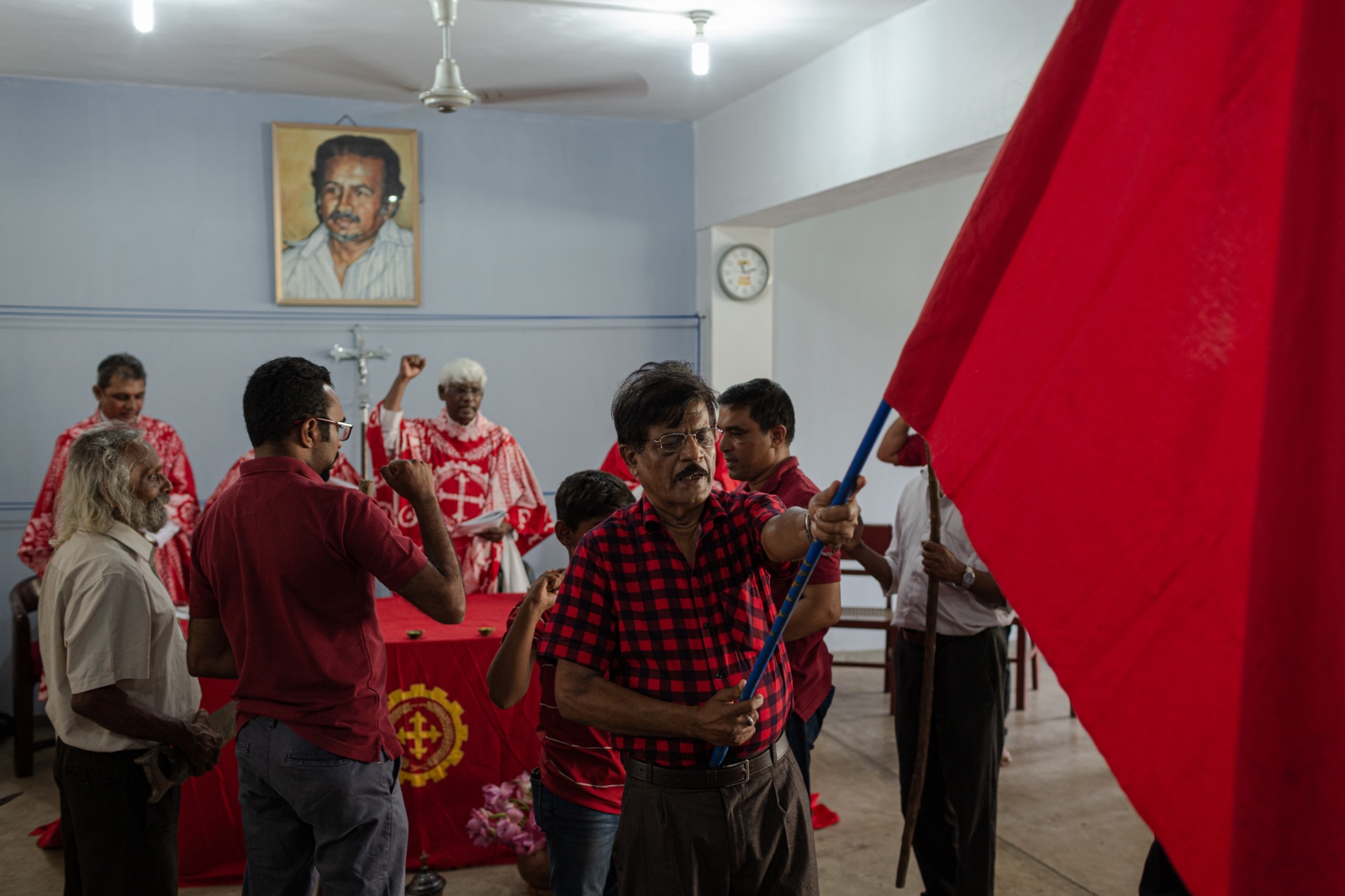 A secret meeting of the Socialist Christian Church in Colombo, at a time when all gatherings of people and religious ceremonies were banned under the emergency laws.
(May, 2019) 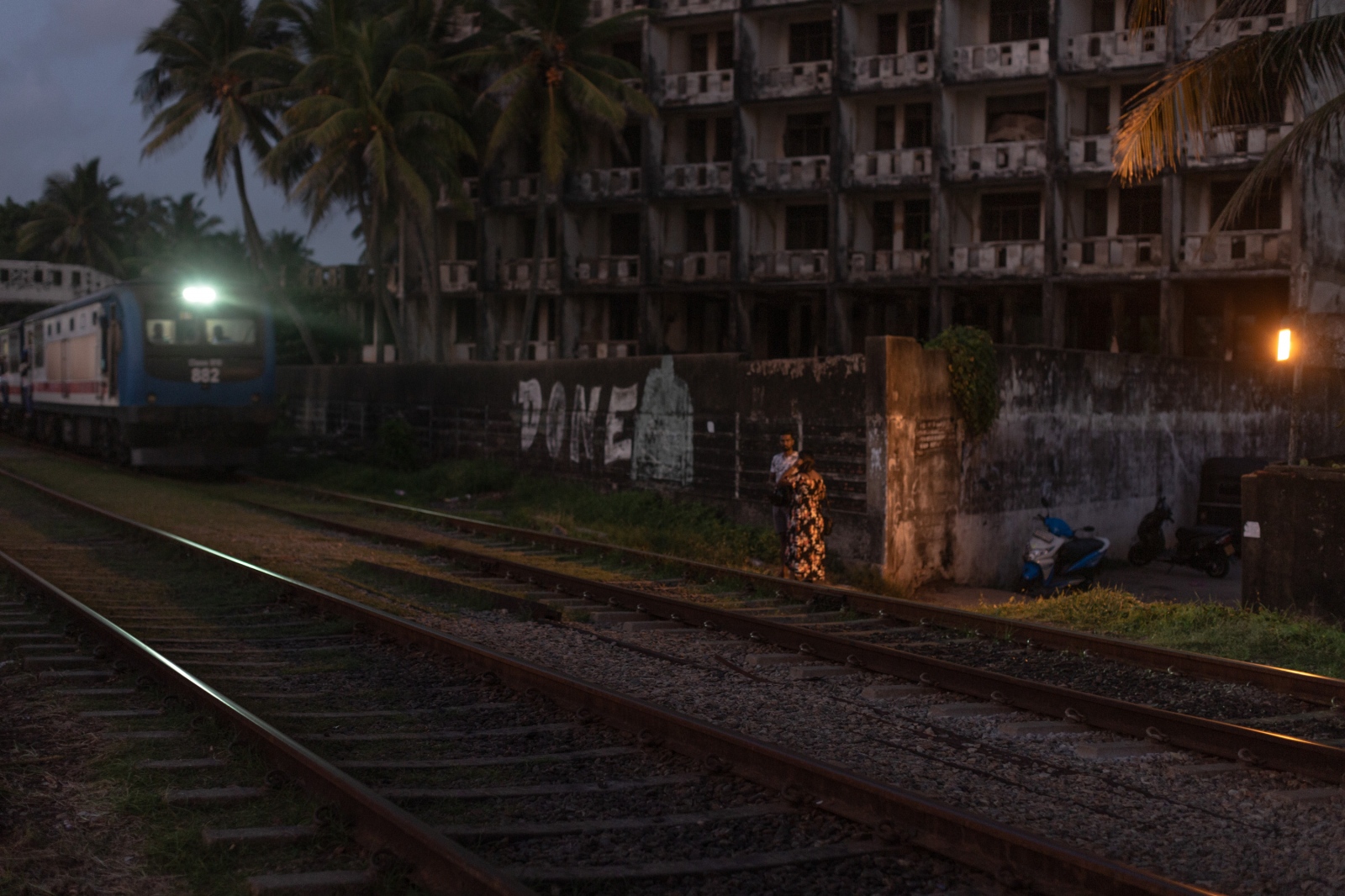 Colombo was in a state of shock and fear in the days after the terrorist attacks, with 300 Muslims rounded up within a week of the attacks and imprisoned without trial.
(April, 2019) 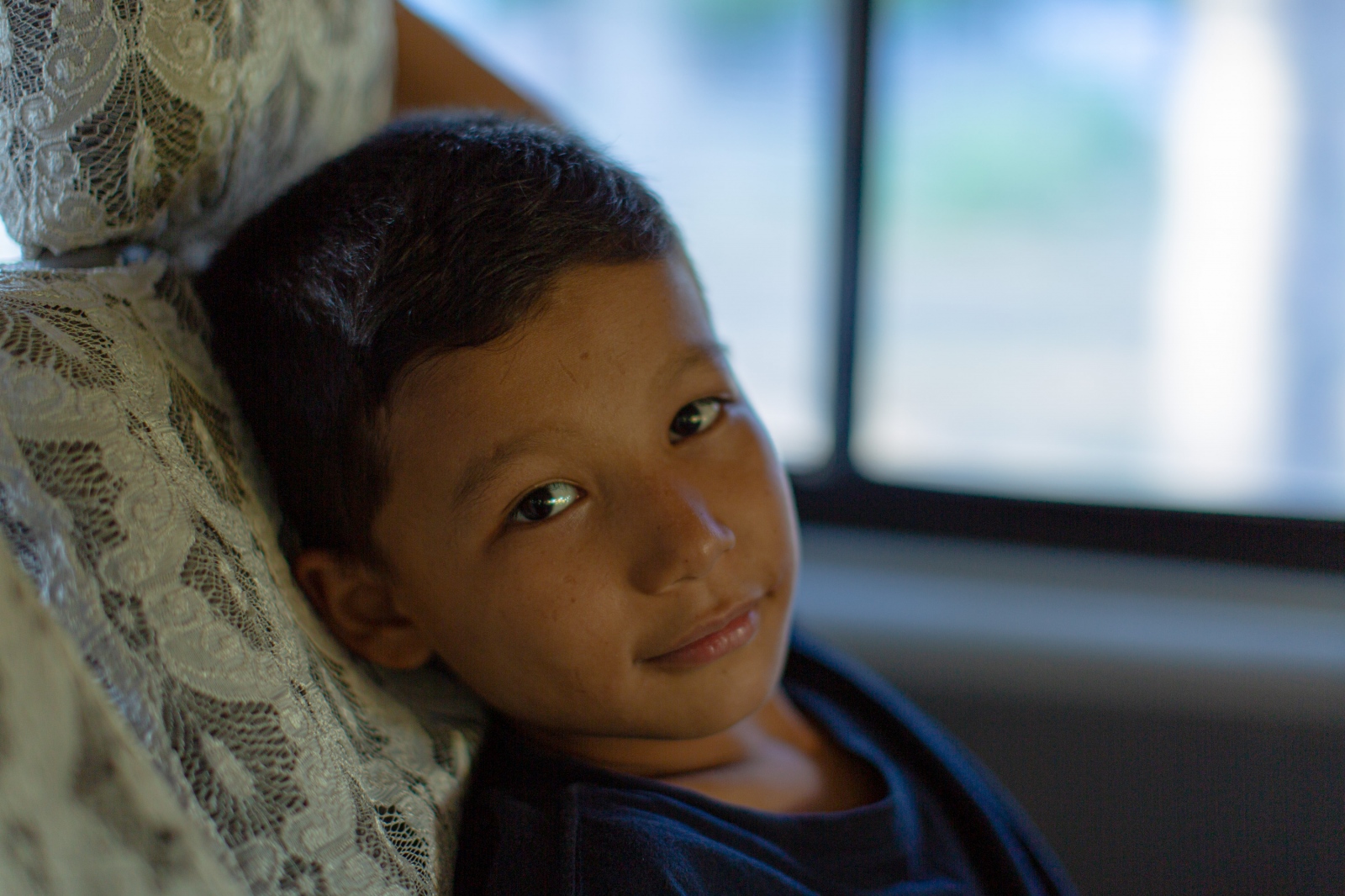 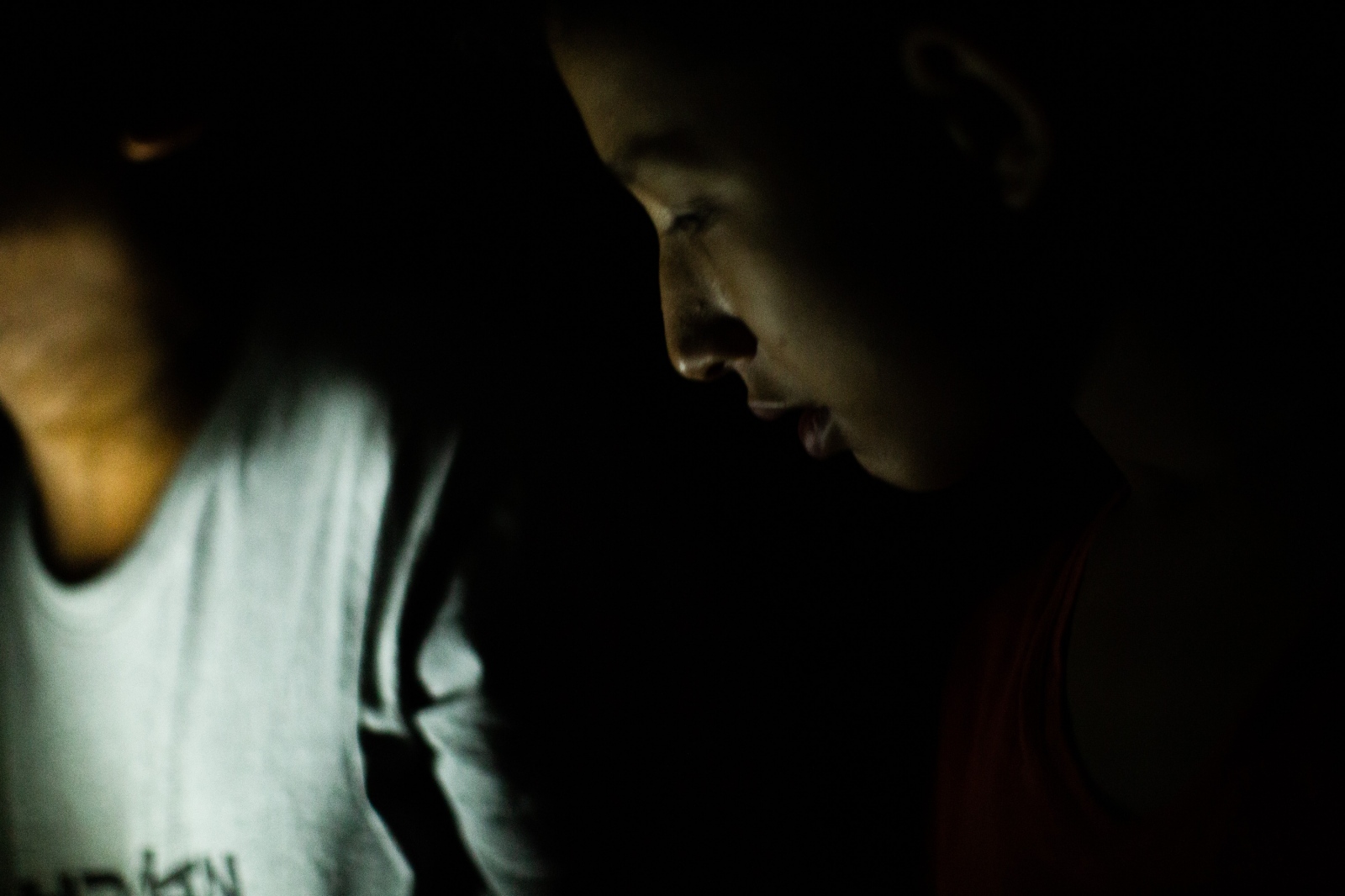 ...his brother, Murtaza Ahmadi, 14, being interrogated at night by the army. The Ahmadi family were being taken by van from Colombo to Jaffna. They were one of hundreds of refugee families who had been evicted and chased from their homes in the aftermath of the Easter Sunday attacks. Accompanying them in the van was an activist and a human rights lawyer to ensure their safe passage through the army checkpoints.
(May, 2019) 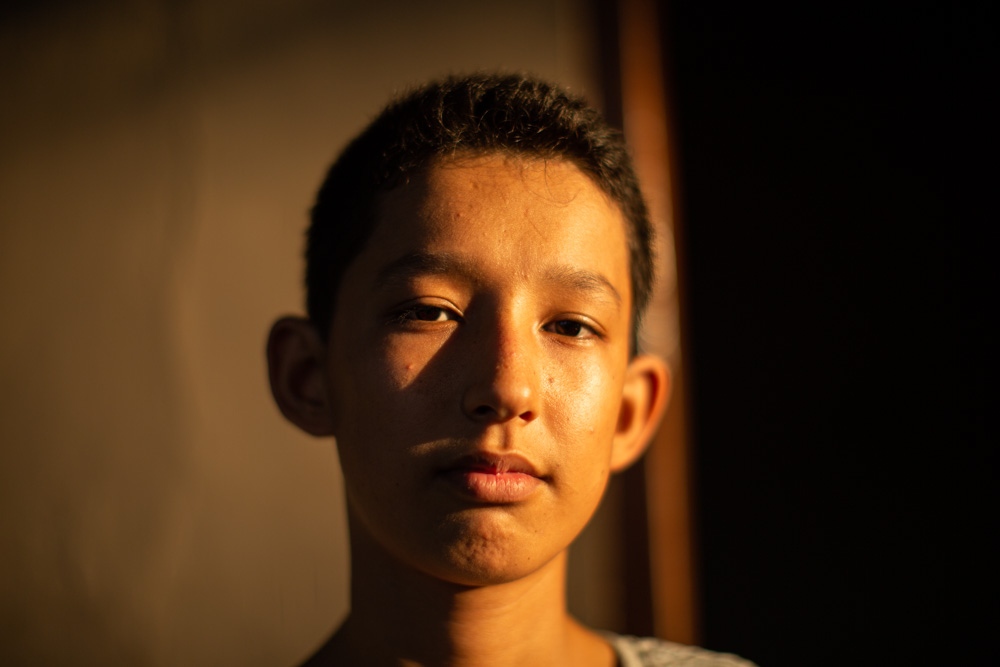 Murtaza stands in the doorway of the safe house in Jaffna, moments after finishing the treacherous journey across Sri Lanka.
(May, 2019)

Sri Lanka | In the Aftermath of Terror

Mayor of London | London is Open