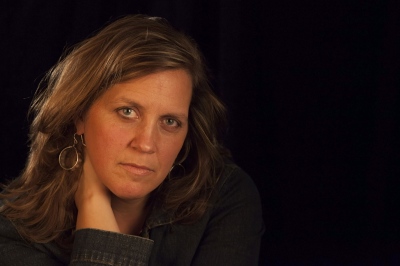 Photographer / Based in Mexico City

Janet Jarman works as a photojournalist and documentary filmmaker based in Mexico, where she documents topics such as immigration, indigenous communities, healthcare, water resource problems and solutions, and Mexico’s ongoing... read on
About

Janet Jarman works as a photojournalist and documentary filmmaker based in Mexico, where she documents topics such as immigration, indigenous communities, healthcare, water resource problems and solutions, and Mexico’s ongoing security issues.

Jarman’s work has been published in The New York Times, GEO, Smithsonian Magazine, The Washington Post, Stern, Der Spiegel, 6Mois, The Wall Street Journal, amongst others. She has also worked for international foundations such as The William and Flora Hewlett Foundation, The Open Society Institute, The Robert Wood Johnson Foundation and Ashoka; Innovators for the Public. Her photographs have been featured at Visa Pour l’Image, Perpignan and have received awards in Pictures of the Year International, American Photography, PDN Photography Annual, POY Latam, Latin American Fotografia, Communication Arts, and Best of Photojournalism.

In 2015 she produced Pictures of the Year Latin America (POY Latam), which was judged in San Miguel de Allende, Mexico. She was a Judge in the Reportage Division for POYi in 2016. In 2016 she received a grant from the MacArthur Foundation to produce "Birth Wars", a documentary film and book about a power struggle between doctors and midwives in Mexico about whose vision of birth should prevail.

Jarman began her career in South Florida after graduating from The University of North Carolina at Chapel Hill. She worked as a staff photographer at The Miami Herald, and later obtained a master’s degree in environmental issues at the University of London.