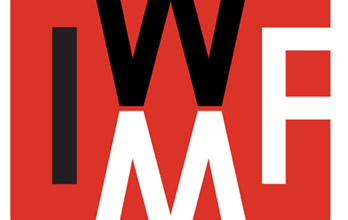 a DC-based organization dedicated to strengthening the voice of women worldwide.

IWMF is the only NGO that offers safety training, reporting trips, and byline opportunities, all tailored to female journalists — both established and up-and-coming.

The IWMF works to unleash the power of female journalists to transform the global news media.

Our fellows and grantees — both freelance and staff journalists — become experts in reporting in underserved regions, generate must-read stories, align with top outlets, and bring critical issues affecting women and others to light. We are the only organization that provides safety training, byline opportunities, and emergency support tailored to female journalists and photographers around the world.

We also recognize badass female journalists and photographers whose courage sets them apart. And we research the factors that allow journalism to remain dominated by men — while advocating for inclusive practices that help propel women and minorities into leadership.

The IWMF believes that gender does not conform to one notion. We are inclusive of all journalists who identify as women, which includes trans women, and non-binary people.

We unleash the potential of women journalists as champions of press freedom to transform the global news media.

Our vision is a world where consumers demand a diversity of voices, stories, and perspectives in news media and regard this as a cornerstone of democracy and free expression. We’re making progress — and hope you’ll join our growing community.