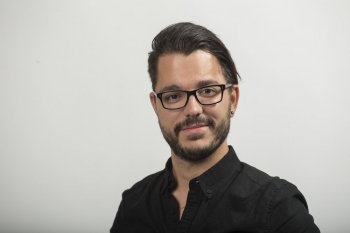 Freelance Photographer / Based in Belgrade

He fluently speaks English, French, Serbian, and he probably wouldn’t starve in a Spanish speaking country.Andrej has a diploma in Photojournalism from Loyalist College.

Andrej has also earned a BA in Psychology at Concordia University, and has pursued a partial Journalism degree at Concordia and Ryerson Universities. In the spring of 2019,

Andrej has spent some time doing a placement at the Globe & Mail as a photo editor.

In the summer of 2018, he interned at the Waterloo Region Record as a summer photographer. In 2016-2017, he interned at the Toronto Star as a radio room reporter. As much as he enjoys reporting on breaking news, Andrej’s true passions lie in social documentary, social justice, human rights, equality, and human-interest stories.

It is through this work that he has been named the student photojournalist of the year by the NPPA at the Northern Short Course, as well as the News Photographers Association of Canada (NPAC), in 2019.

He is currently covering news and personal projects around the country. His true passion is in international work and working with non-profits.

Some of his clients include Reuters, the Canadian Press, European Pressphoto Agency (EPA), Maclean’s Magazine, the Globe & Mail, Grand Magazine, The Record, and many others.