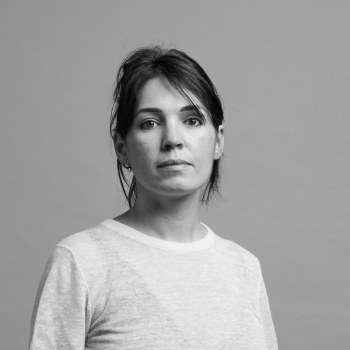 Irene is born in Casale Monferrato, Italy. She graduated from Politecnico of Milan in Communication Design and studied Photography at the CFP Bauer School. After graduating, she worked as a photographer in Milan, Berlin and Brussels.

In 2008, Irene started to work as Photo Editor for Vogue Italia and the fashion magazine Look. From 2010 to 2017, Irene worked as a full time Photo Editor of the daily national leading Italian newspaper La Stampa. There, she was in charge of photo productions and image research, publishing reportages and managing national and international photo assignments.

At the same time, she was a contributor to “Europa” newspaper network which includes publications such as Le Monde, El País, The Guardian, Gazeta Wyborcza and Süddeutsche Zeitung. In 2015, Irene was Photo Editor of Vice News in Los Angeles. In 2016 and 2017 she was part of a curatorial team to prepare a major photo exhibition dedicated to the 150 years of La Stampa at Palazzo Madama, in Turin.