Photographer
The dream of an angel.... The
Follow Hire
Profile
Stories (3)
Location: Tehran, Iran
Nationality: Iranian
Biography: Pedram Salami was born on 28 August 1975 in Tehran, Iran. He is a freelance photographer of the Majority World Photo Agency. Pedram completed a Bachelor's degree  in the field of industrial management in 2005 from Azad University of... read on
Focus: Photographer
Covering: Asia, Middle East,
Skills: Photo Editing 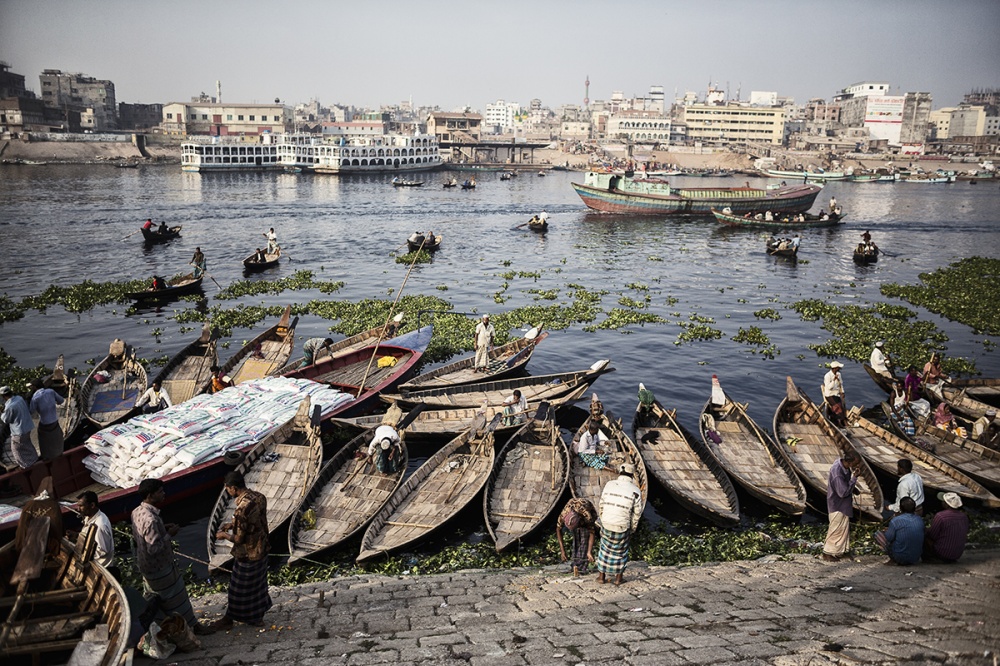 1 of 23 © 2022 Pedram Salemi
When the dawn light started to shine, still fuddled by last night dream, between Floating wishes that will proceed to their bread up to the noon, I get ready for life. 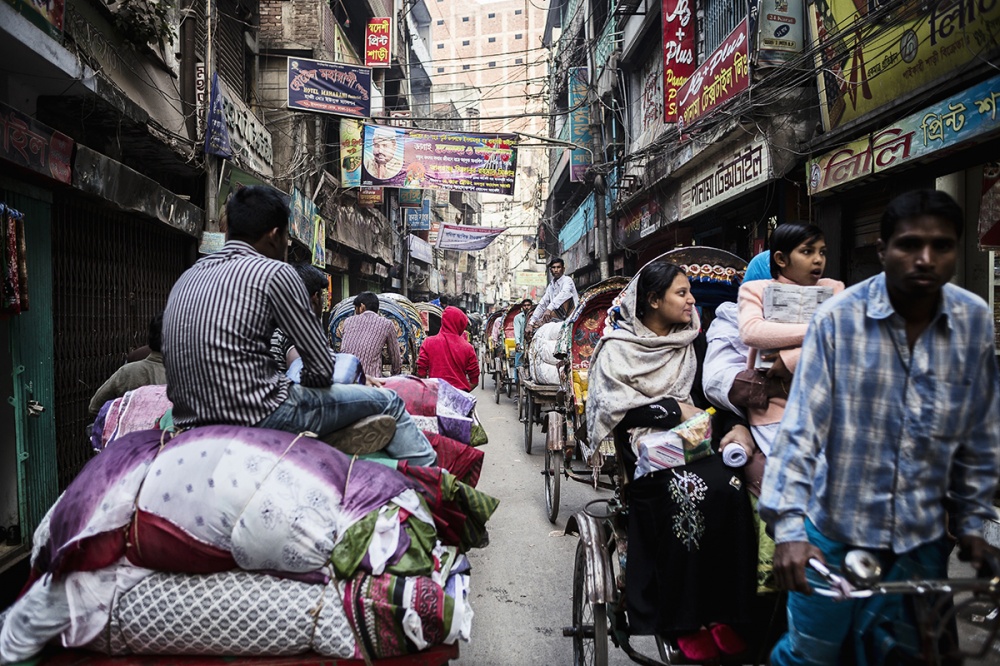 2 of 23 © 2022 Pedram Salemi
In the tumult of these poor wish less people passing through the narrow way of crossing needs forbearance .without caring about the wishes that will come to the empty space of my midday mind. 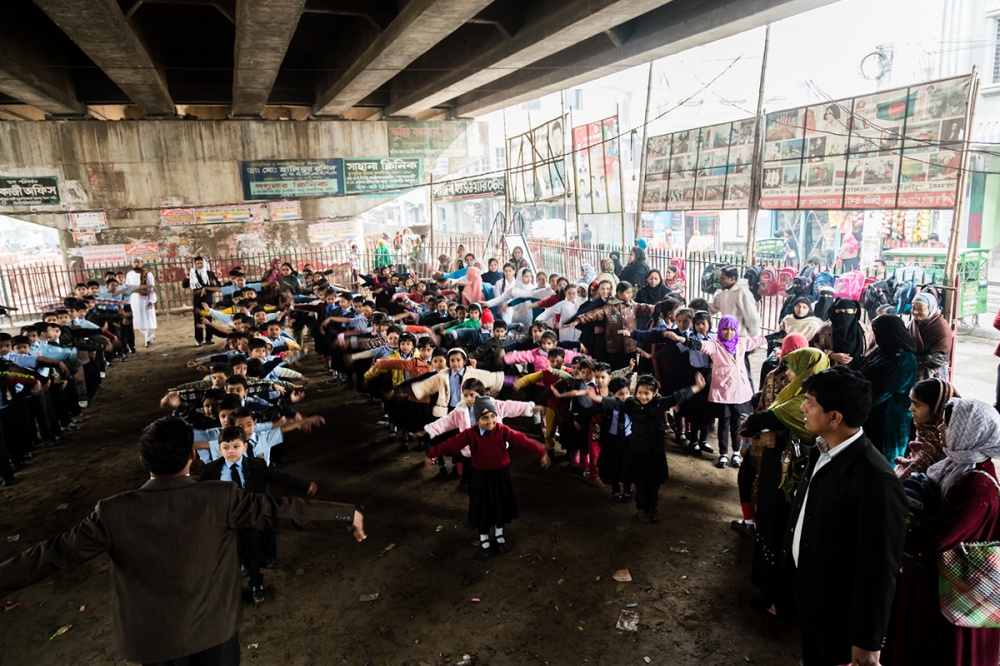 3 of 23 © 2022 Pedram Salemi
Without any excuse, you should stand in the line of daily habits that even tie the temptation for a brief to the dark roof with a chain. 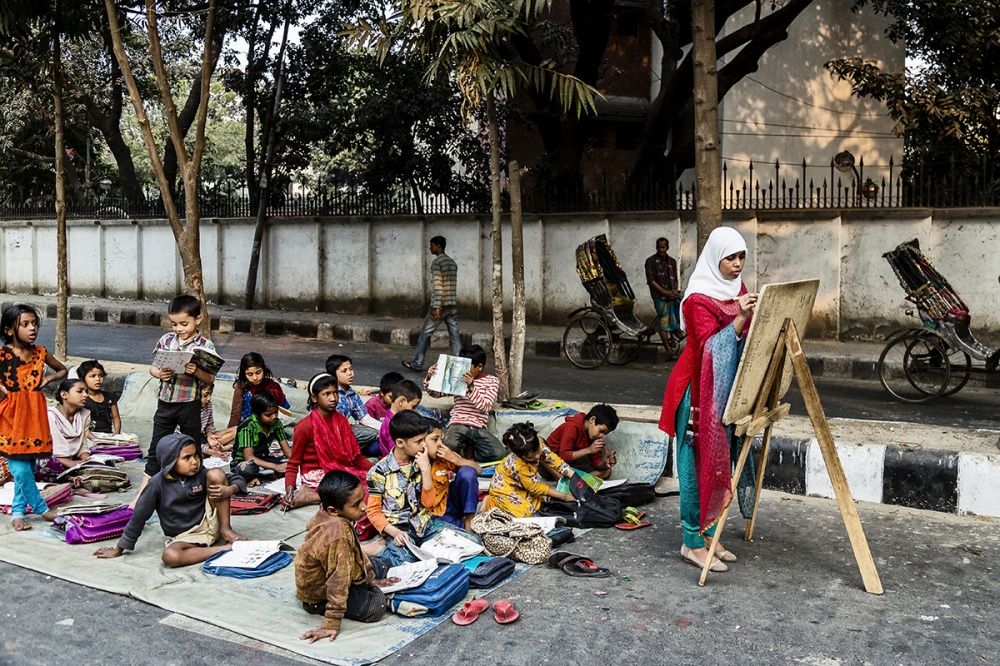 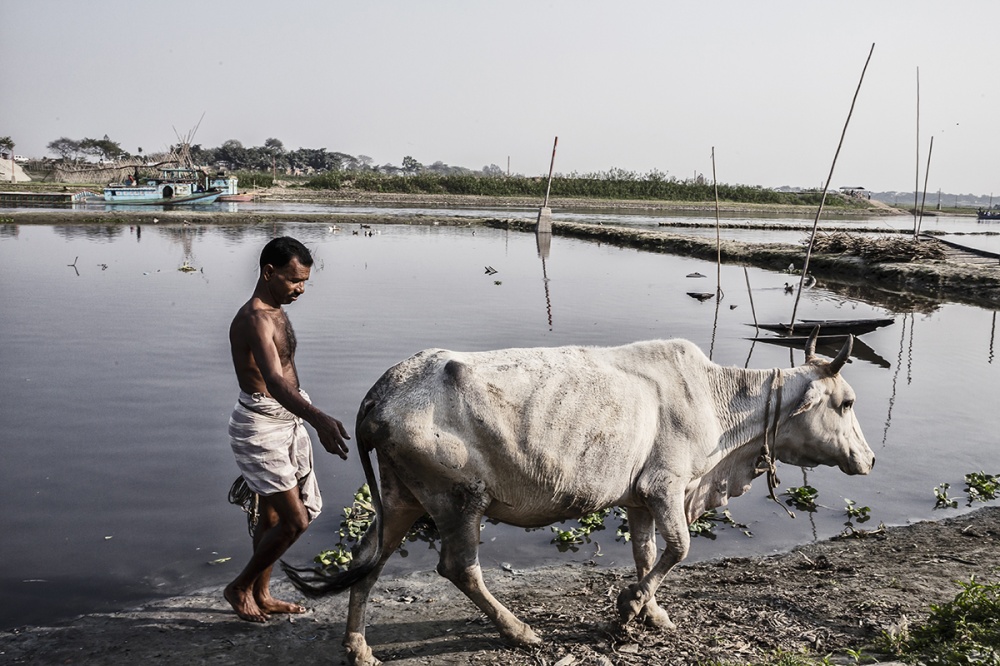 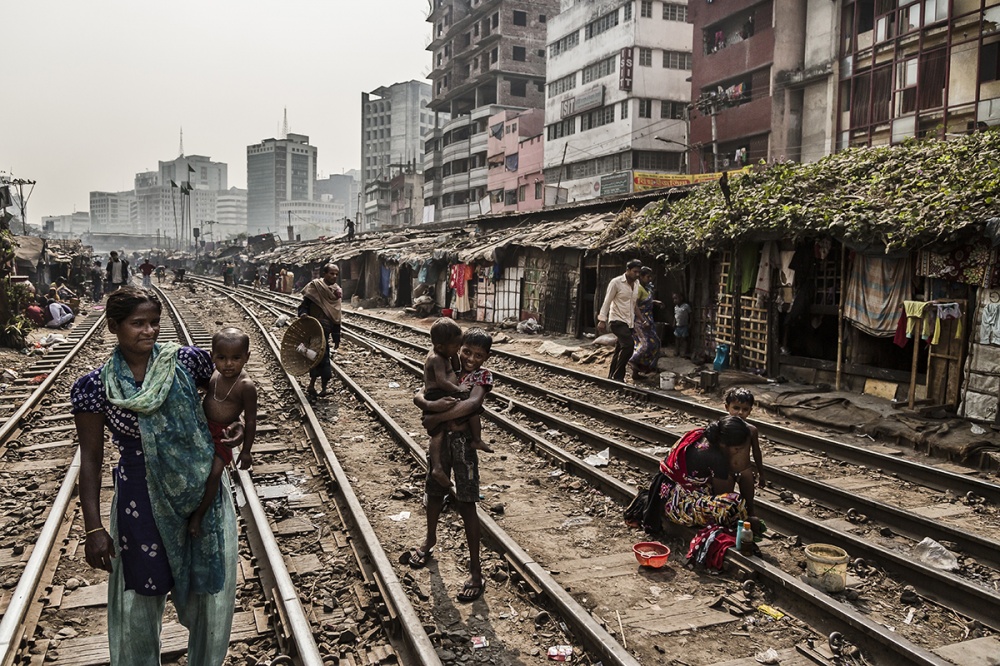 7 of 23 © 2022 Pedram Salemi
Nothing stays. nothing except a regretful look to the lony way in front and heaviness of the backpack which is full of the days rawness that simply placed on the shoulder of my thought less-ness. 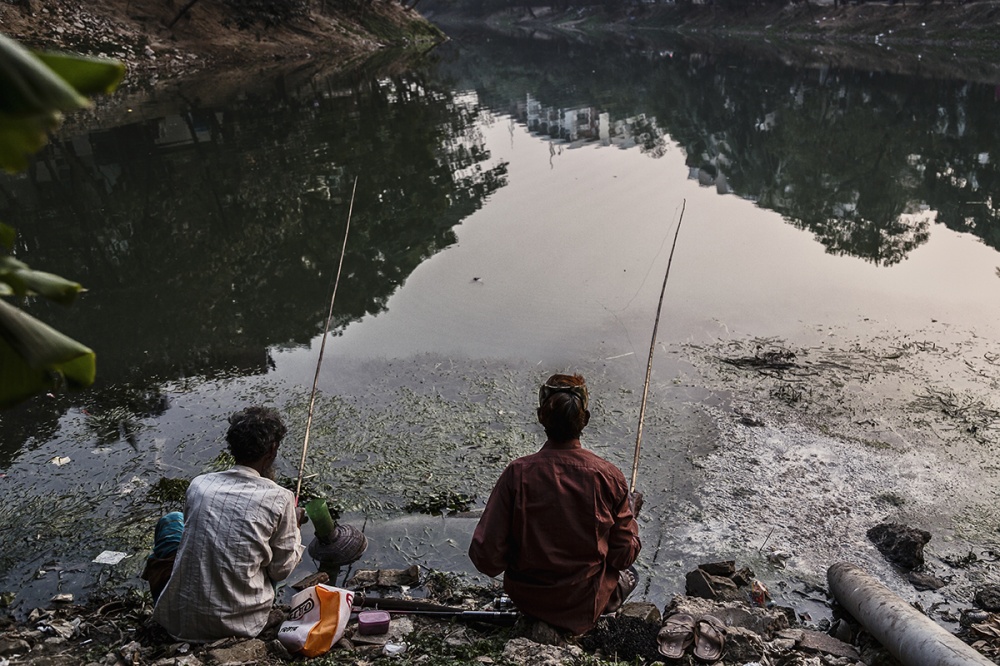 8 of 23 © 2022 Pedram Salemi
Quietly I sit in front of my dreams and free of the apprehension of clock hands, I stay resident for a while hoping hunting sweet thoughts. 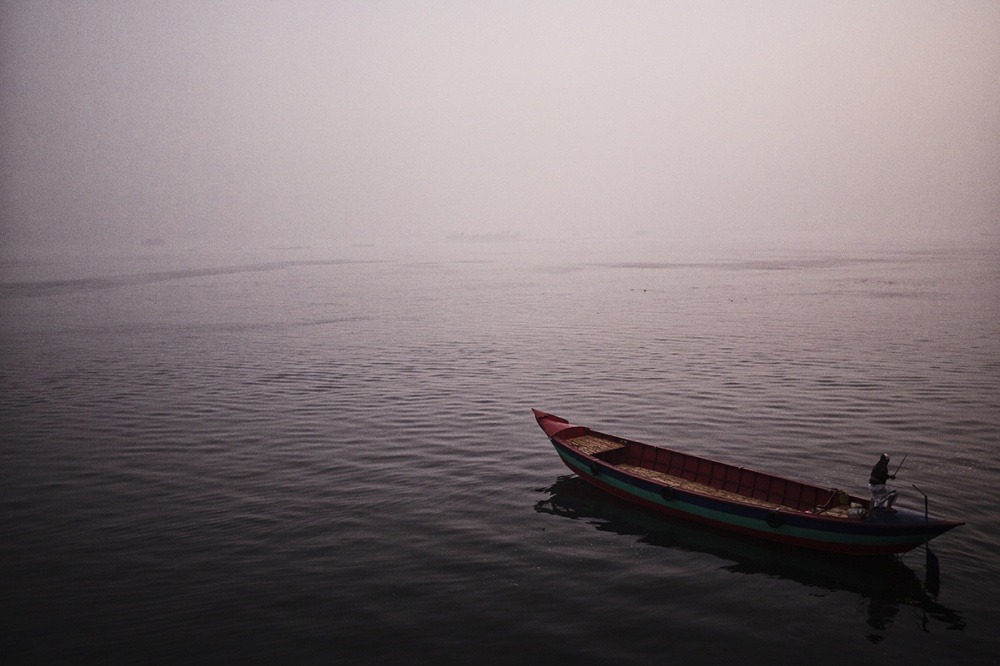 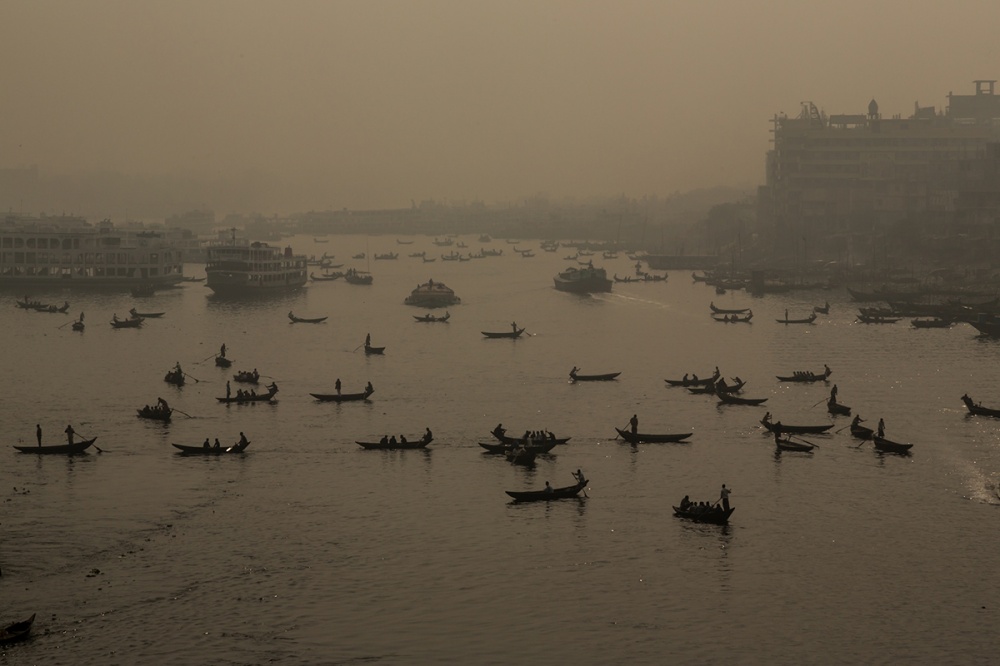 10 of 23 © 2022 Pedram Salemi
Floating through the light waves of the day I am lost from the deviated path to the way. 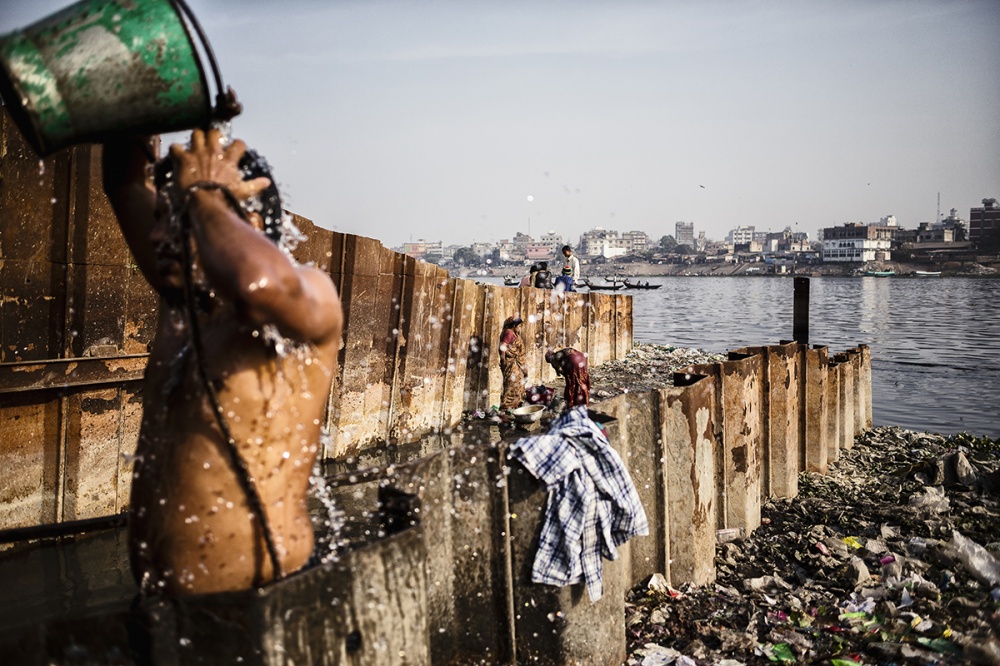 11 of 23 © 2022 Pedram Salemi
The daily dust has taken the ability to fly from my dreams; therefore we should wash the wings... 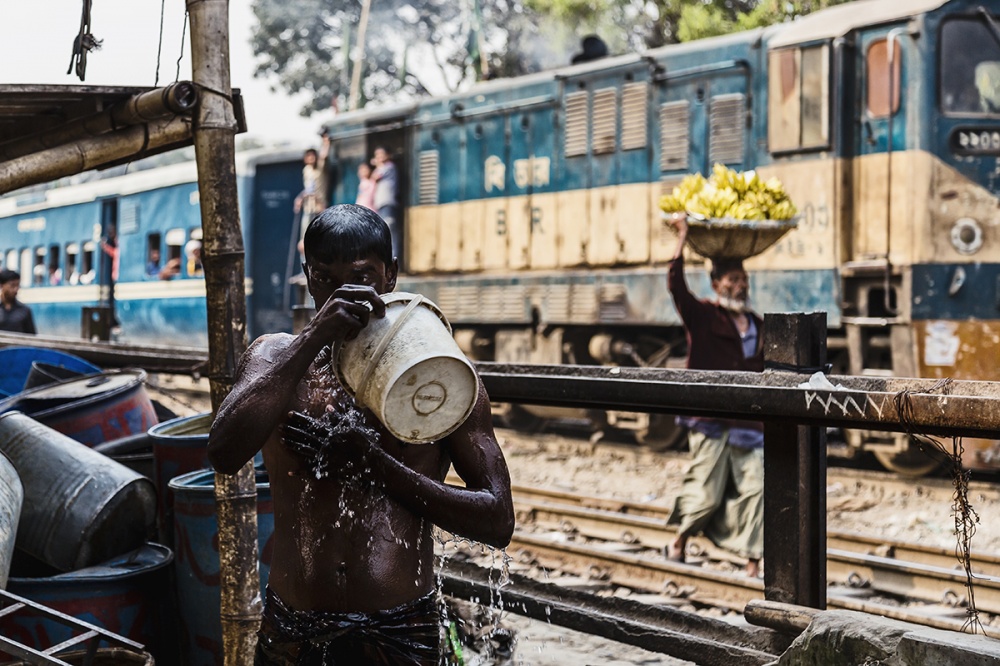 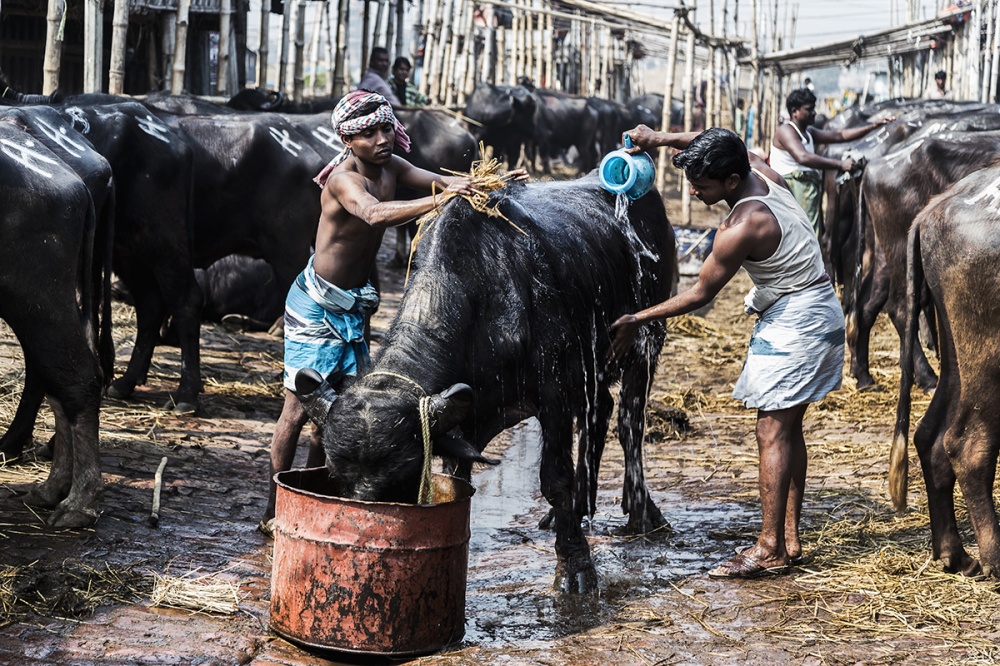 13 of 23 © 2022 Pedram Salemi
And the fanaticism should be washed, without a friend hand from an old belief that has stayed obliterated by attention less of the dumb instinct. 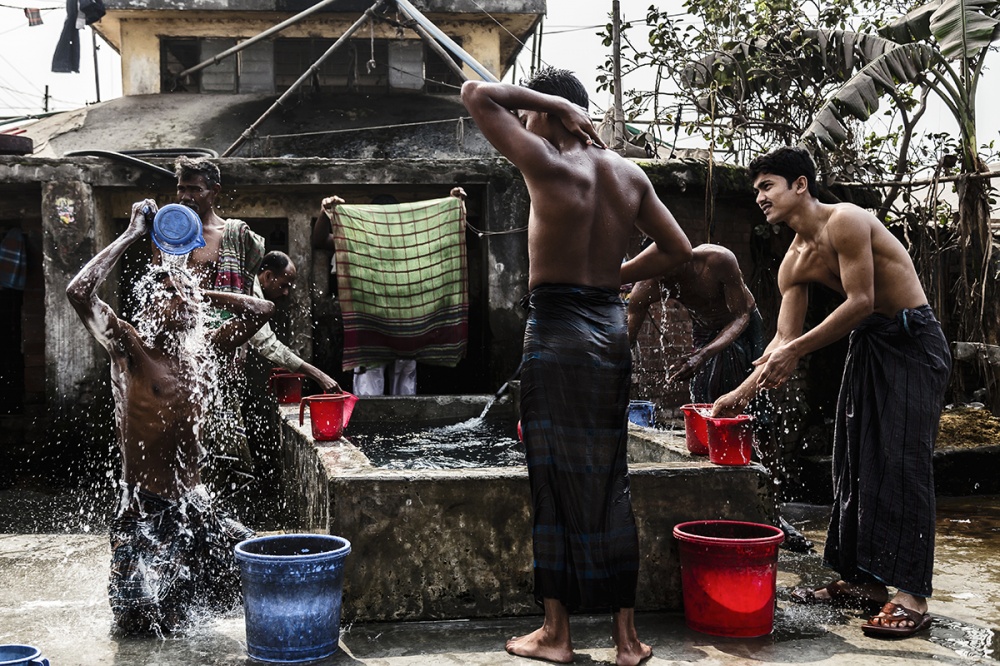 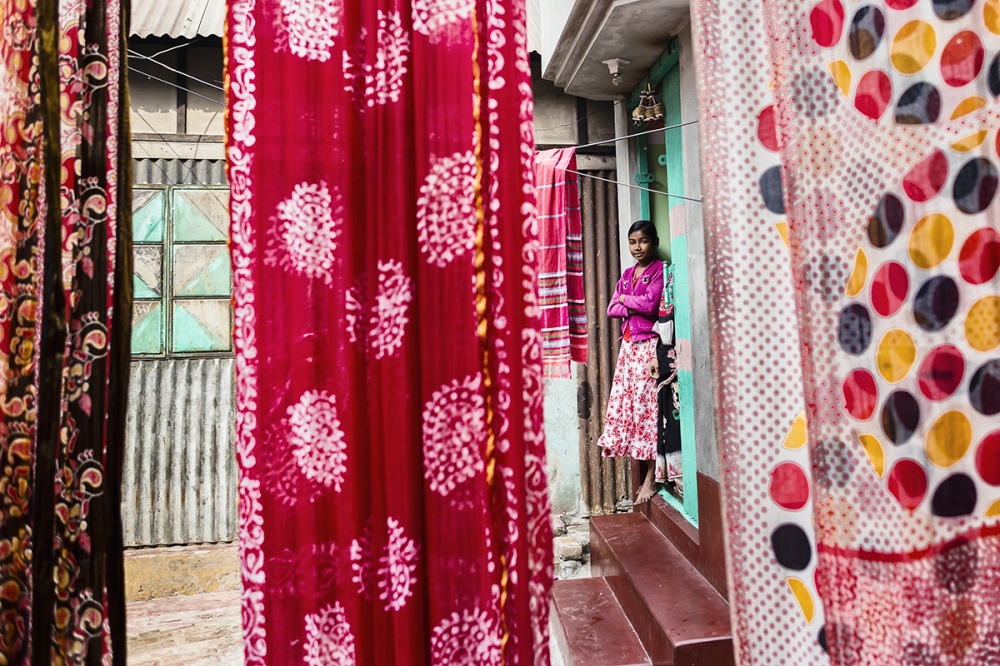 15 of 23 © 2022 Pedram Salemi
When the darkness was cleaned, the colors hanging on the rope overflow 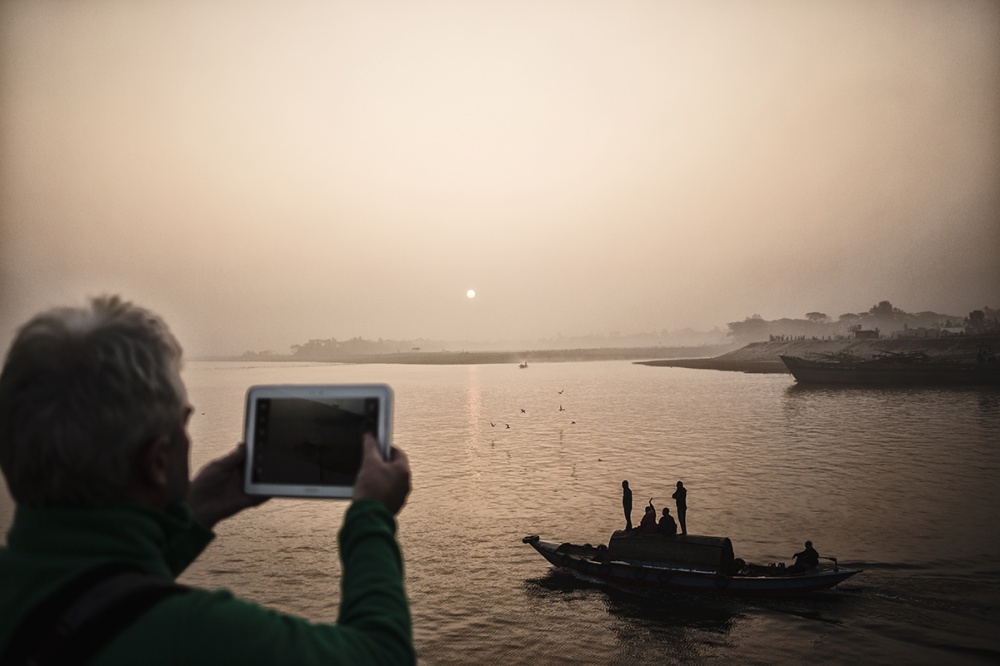 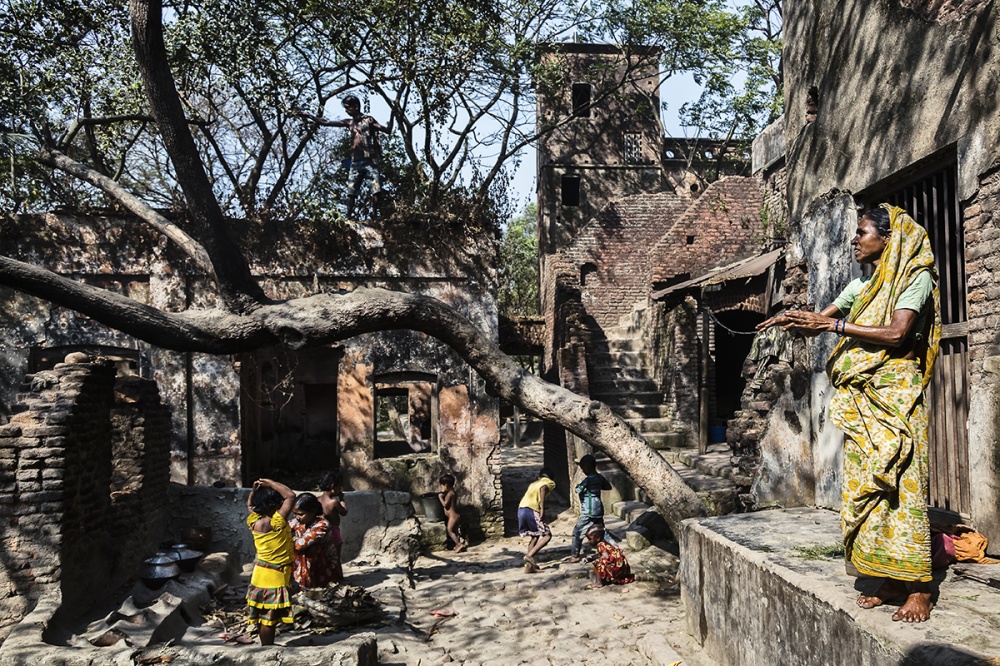 17 of 23 © 2022 Pedram Salemi
That would be the door for scape by the time of remaining fatigue in the way of passing time to the green dream to the life promises. 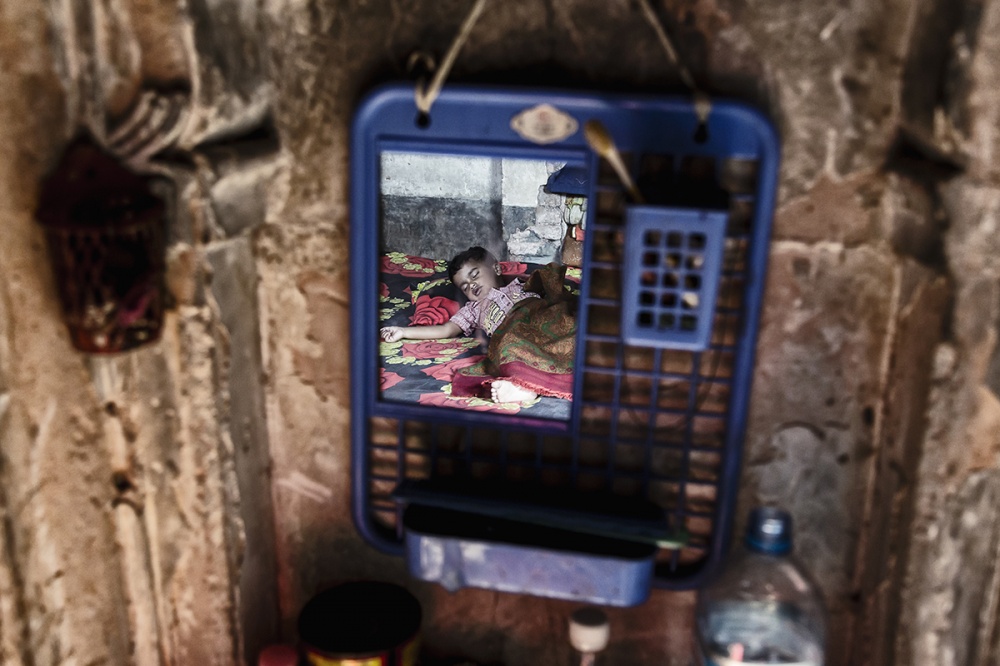 18 of 23 © 2022 Pedram Salemi
When I stand up from this sweet dream, there is no time dust that makes my heart dirty and even I don't see my daily worry of the moments. 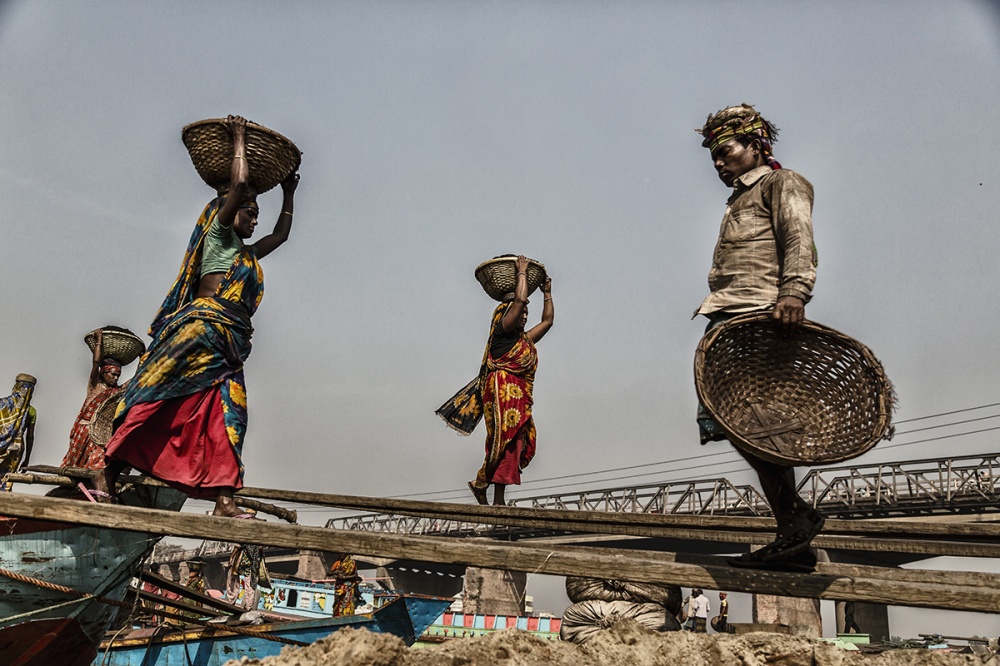 19 of 23 © 2022 Pedram Salemi
I can't stand the hardness of the way anymore. And the heaviness of backpack can't make me afraid. When you have hope, you can pass the crossing without flight, heavier, sweeter. 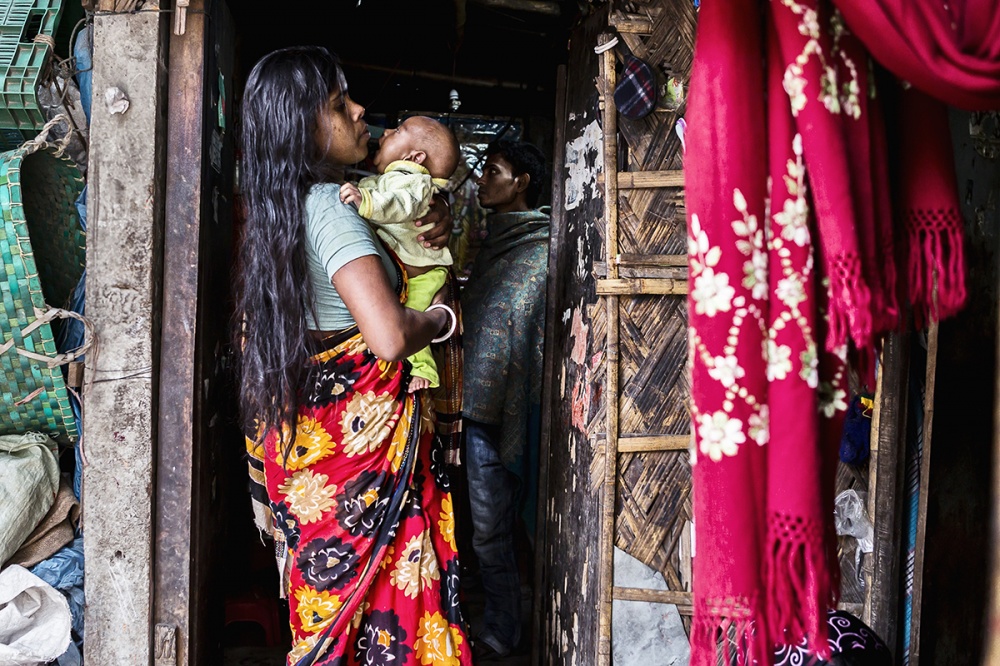 20 of 23 © 2022 Pedram Salemi
Free of the imagination which is full of perplexity I look at a far way that hesitation disappears in the light of that. 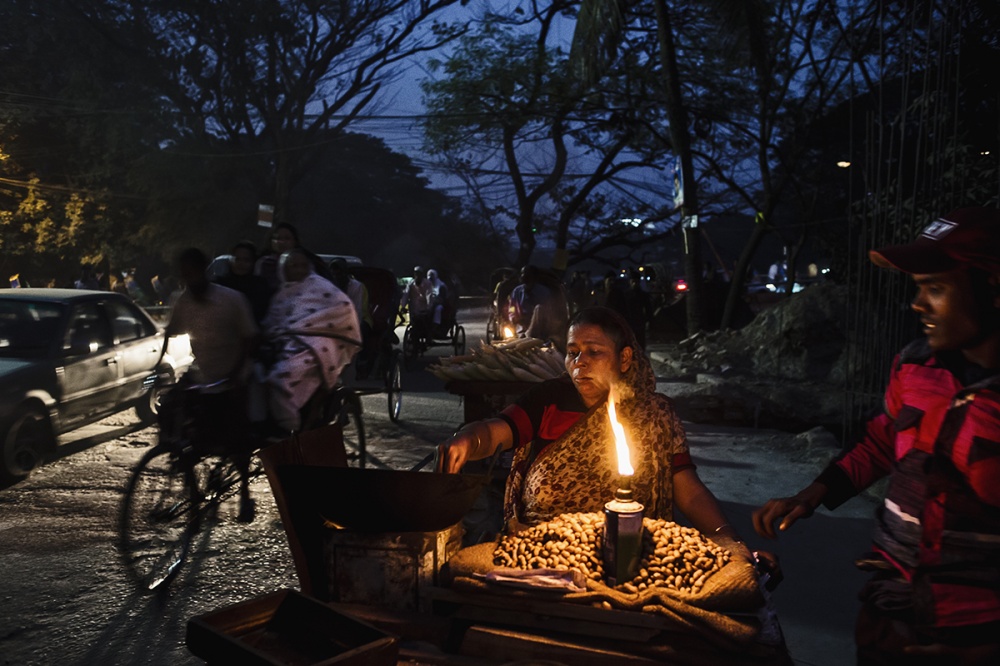 21 of 23 © 2022 Pedram Salemi
The play of nature is a strange story. All the darkness will burn when it waits for flaming a light.it needs only boldness to kindle and dream for brightness. 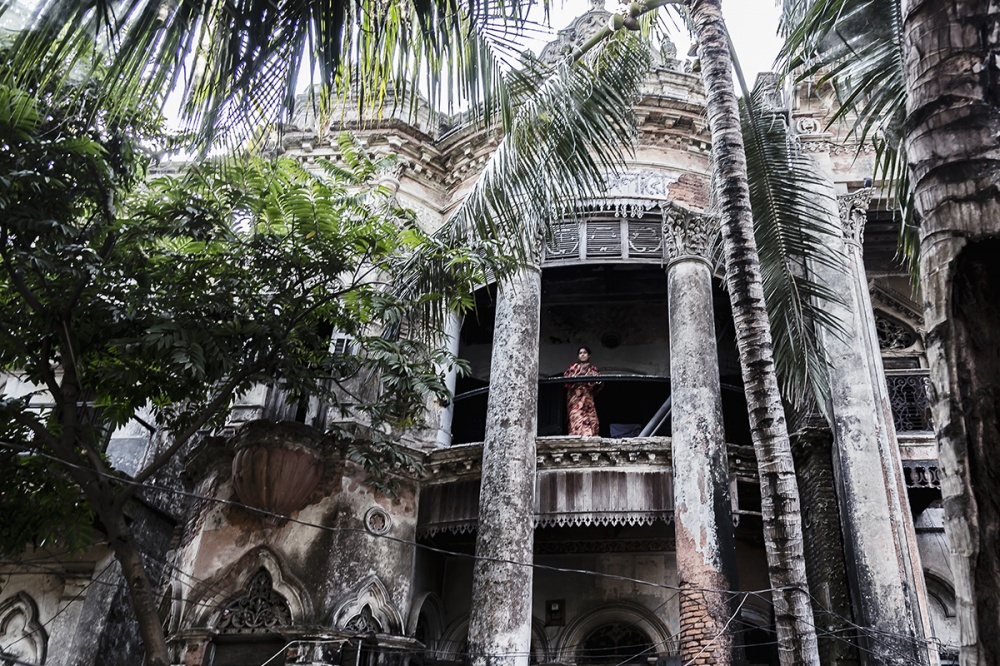 22 of 23 © 2022 Pedram Salemi
One would say, an angle looks at us from the sky. A kind look that laughs at our happiness without indebtedness and becomes sad for our sadness. Look at me angle. Today is the day for happiness. Because today the life is with me. You had said "Life is beautiful "... 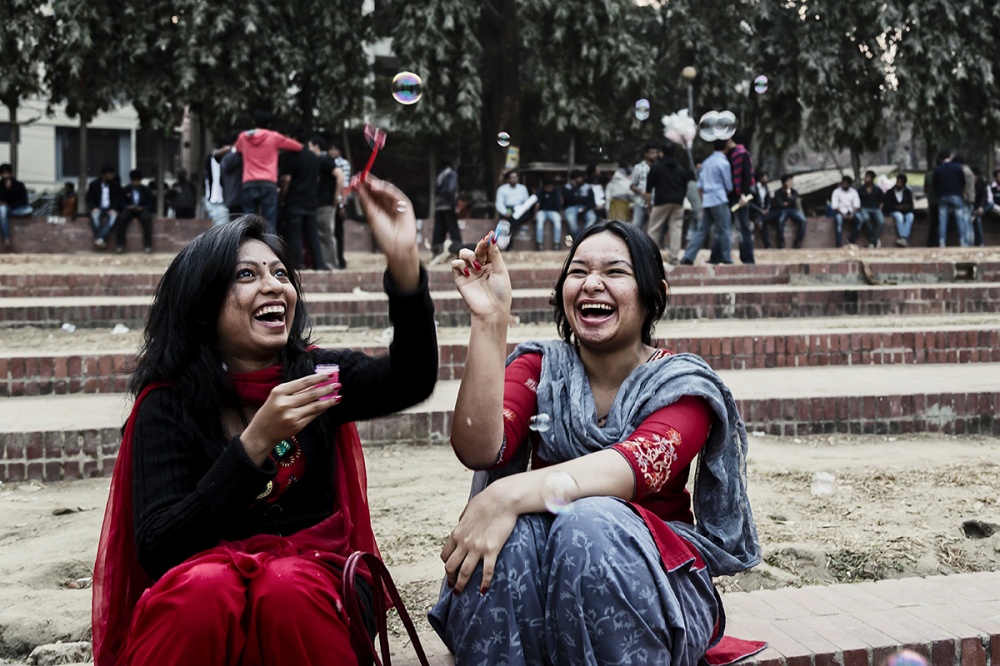 Religion ,art meaning of life are all seen as they are now without ever struggling or wandering around to discover the secret of life all in vain. They make their living on the streets and gain maturity among the bushes. They live their lives in dumpster and look for their nourishment in the garbage and in industrial waste.it seems as if the latest poem of the 21 century is composed among the breath taking struggle of life .it is a long way away from the time that colonialism is eliminated thoroughly from the city .Amalgam of Islamic brotherhood and nirvana. The worship of God, nature and life simultaneously .Loftiness must be looked for in places where intellectuality is searched deeply in life rather than the face of life. Those holders of intellectuality are not the privileged ones but a bunch of ordinary people.

Spending time in financial affairs would be all in vain. Each occupation is understood in the public. Cleanliness is stressed a great deal by religion rather than by personal values .Water exists lacking a precise separation between the drinking one and not drinking one .it is wondering that humans are astonished by the nightlife and beauty of Dhaka among the surrounding disorders and disturbances. This might be a warning for those living in Middle East that look for a better life faraway that is not attainable while the life they are looking for is very close to them, in their vessels and skin. We all must be the residents of our own cities and not like those who prefer living anywhere except their own homeland. Self-satisfaction gives meaning and direction to your life and builds up the temple of life from inside.

Life's meaning has always hidden its face from us. A playful kid that builds up its den out of the sight of the others among the ruins and far away from the crowd. We know where we are living and are more or less away of the time and world we are in. information age and global village , international citizens, simulation of the eastern cities to western metropolitan cities , but among all these something seems to be missing . He has made himself invisible and has run away.

Dhaka is a city of colonization heritage .A fertile plain at the mouth of a river. A fertile and merciful land that has gifted its surrounding with driving blessing than just mercenary .A change must be brought to the attitude toward these people. they are neither obsessed whit political disputes nor the social ones and are free from all the boundaries made out by Europeans . They are involved whit their compatriots and look for happiness their developed relationship. They live their lives in a city barren of private and public borders and move forward. Beatty, frugality, brightness, darkness, sprightliness. You can imagine where all these values originate from .they live among each other and feel meaning of life in human communities and not in abstract world......

By Pedram Salemi / Tehran, Iran — S olitude Today, modern man is the loneliest. He is among the people, among his friends but not there...
Mar 30, 2016

Story of a sacrifice

By Pedram Salemi — Watching pictures of this story is not recommended to all people, so if harrowing pictures don’t harm..
Nov 9, 2014