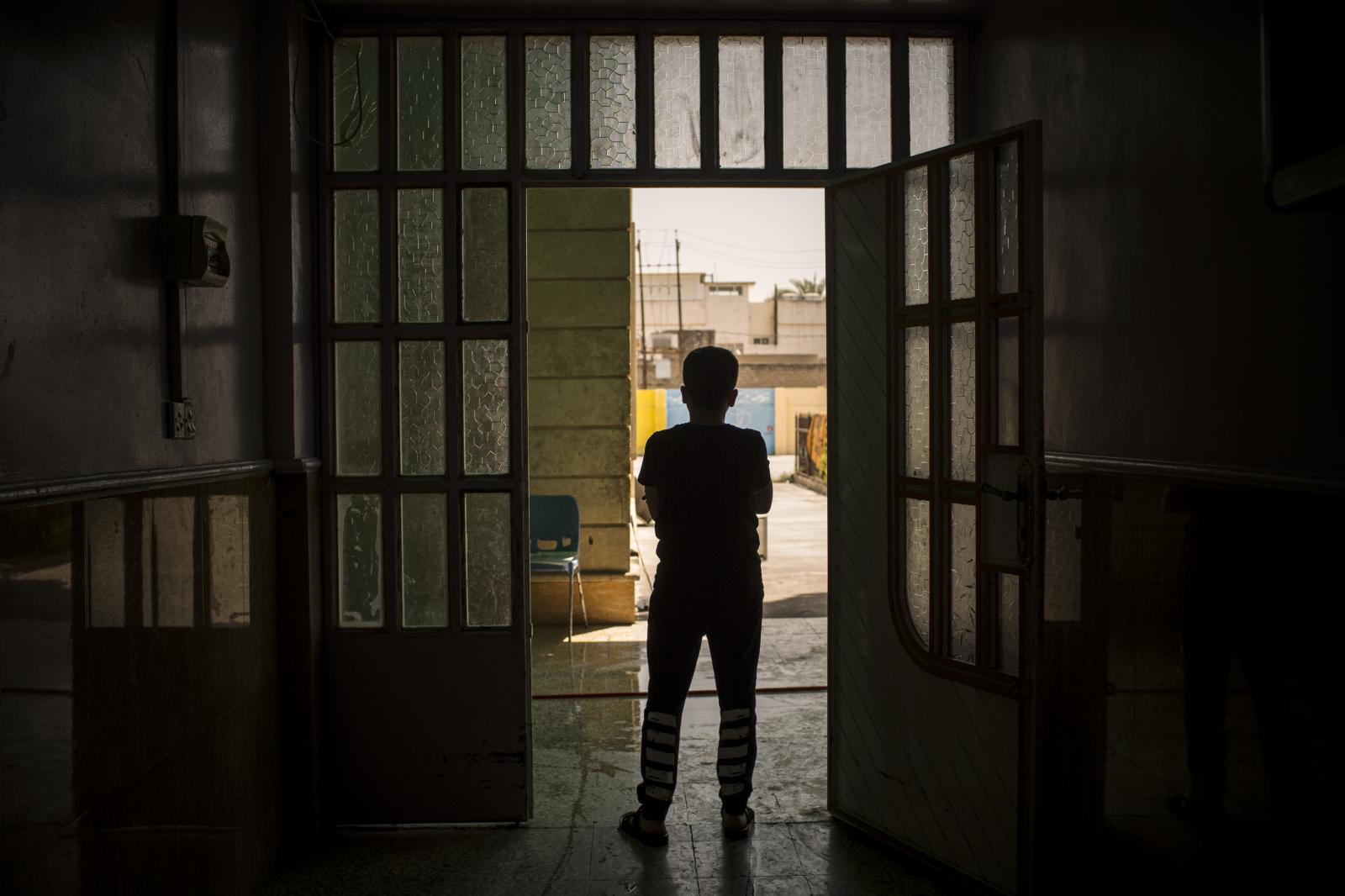 2 of 2 © 2021 Diego Ibarra Sánchez
Public Story
Orphans of War in Mosul
Credits: diego ibarra sánchez
Updated: 06/23/20
Archived as:  Childhood, Children, Documentary, Film, Human Rights, ISIS, Media, Multimedia, Orphans, Reporting, Soldiers, Terrorism, Video, War
Iraq´s Forgotten Casualties
Children orphaned in battle with ISIS: Ten of thousands of o children lost their parents under Islamic State rule or the battle against it. Iraq has few resources to care for them. The children of Iraq are in crisis.
Tens of thousands of Iraqi children lost their parents under the brutality of the Islamic State and the prolonged battles to wrest Iraqi territory from its rule. But unlike the government soldiers who fought those battles, who are honored with memorials in almost every town, these children are at risk of being forgotten casualties of the war. The Iraqi state has few resources for these victims, and the country’s ravaged communities, still scrambling to rebuild basic services like health care and electricity, are too overwhelmed to handle the orphans’ needs. An estimated 800,000 were orphaned by the end of the Iraq War. The invasion by ISIS displaced more than 1.3 million. Thousands work on the streets, in homes, or in businesses.
Iraq is at very high risk of having yet another "lost generation" as the United Nation's children's charity, UNICEF, revealed that close to 800,000 Iraqi children had lost one or both parents as a result of the continuing instability, chaos, and incessant violence that has wracked Iraq since the country was invaded and occupied by US-led western forces in 2003.

Crisis and Covid in Lebanon

By Diego Ibarra Sánchez — Coronavirus, economic crisis, and an unresolved explosion: The situation in Lebanon is tense and a new..
Apr 6, 2021

By Diego Ibarra Sánchez — A cataclysmic blast in Beirut, Lebanon's capital, is poised to send an economy already deep in crisis..
Dec 22, 2020

By Diego Ibarra Sánchez / Lebanon — ‘If There Were No Hashish Here, You Wouldn’t See a Single House’ A village in Lebanon,..
Dec 5, 2020

By Diego Ibarra Sánchez / Ukraine — Caught in the crossfire: Education in Ukraine for RIGHT TO EDUCATION INITIATIVE For the last six years,..
Oct 7, 2020

By Diego Ibarra Sánchez / Beirut, Lebanon — Many children undergoing chemotherapy in Lebanon now have nowhere to turn for treatment after an explosion..
Oct 6, 2020

Caught in the crossfire

By Diego Ibarra / The Gambia — It is said that no one truly knows a nation until one has been inside its jails. A nation should not be..
Jun 24, 2020

By Diego Ibarra / sinjar, — Yazidi Legacy is a project to give an insight into the lives of Yazidis and explore their experiences of..
Jun 23, 2020

By Diego Ibarra / Beirut, Lebanon — "Under Kafala Law: Domestic workers in Lebanon" is a project to give an insight into the lives of..
Jun 16, 2020

By Diego Ibarra / Lebanon — Poisoned, run over, and shot on sight, the country’s national animal finds itself threatened by..
May 25, 2020

By Diego Ibarra — Photographed for DER SPIEGEL A ray of light bathes Ashiq Masih. He holds with his hands the portrait of his..
Apr 24, 2020

By Diego Ibarra — Pehlwani, an ancient style of wrestling, is struggling to survive in modern day Pakistan. Its roots may date..
Apr 24, 2020

By Diego Ibarra — Mohammed looks out of the dirty back window of the Civil Defense´s ambulance.  He holds firmly..
Apr 24, 2020

By Diego Ibarra — Iraq’s education system has been devastated by ISIS, but there’s still hope of avoiding a..
Apr 23, 2020

By Diego Ibarra — Through three decades of war, waves of Afghans have fled their homes along the eastern border areas, many of..
Apr 23, 2020

By Diego Ibarra — After spreading the Arab Spring around the Muslim countries, also known as the Jasmine Revolution, on..
Apr 22, 2020

Chronicles of the monsoon

Tripoli, a tale of two cities

By Diego Ibarra / Tripoli, Lebanon — Over the past eight years, 200 people have been killed in clashes in the northern Lebanese city of Tripoli,..
Apr 21, 2020

A Superstar Televangelist in Pakistan

By Diego Ibarra / Bamyan — She is his Juliet and he is her Romeo, and her family has threatened to kill them both. Complicating..
Apr 21, 2020