In the last year, almost everything that leaves there has gone into the community's kitchens, complementing the meals of around 800 families who are crossing the wave of unemployment generated by the pandemic.

Before, the land was home to a large cracolândia where around 200 to 300 drug users circulated, say the residents. Rats, cockroaches and tapurus — larvae that enter the skin — were other inhabitants of the dump. Today, there are children playing in the place.

Employability and self-esteem are two of the pillars. The idea is that these plantations will eventually become self-sustainable and free themselves from the city hall, says Julio. “What moves the project is the result, the production, it is not a welfare program”, he defends.

Before the pandemic, half of the vegetables harvested were given to food-insecure families, nursing homes and day care centers. The other half was sold. Now, everything is being donated. 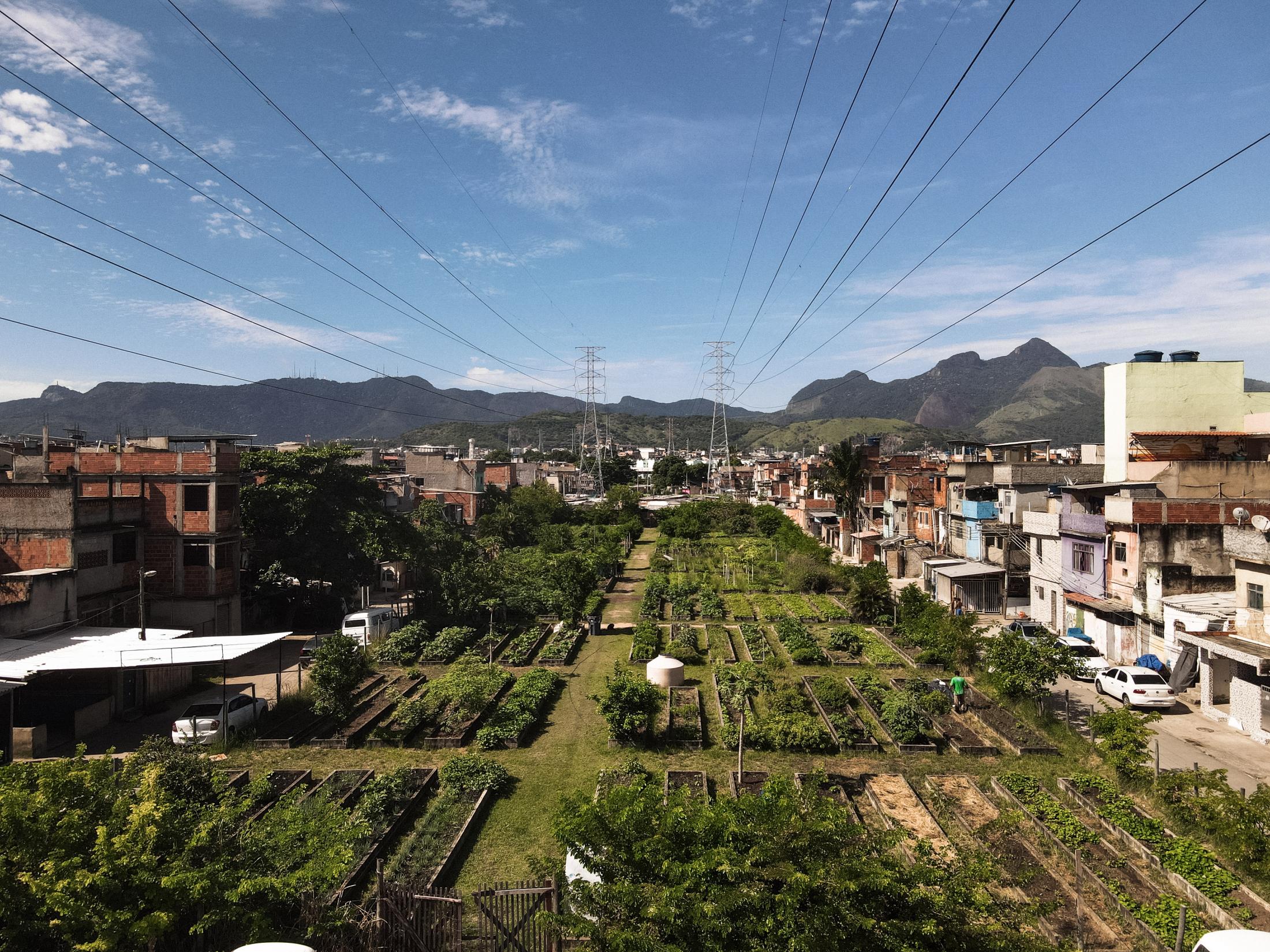 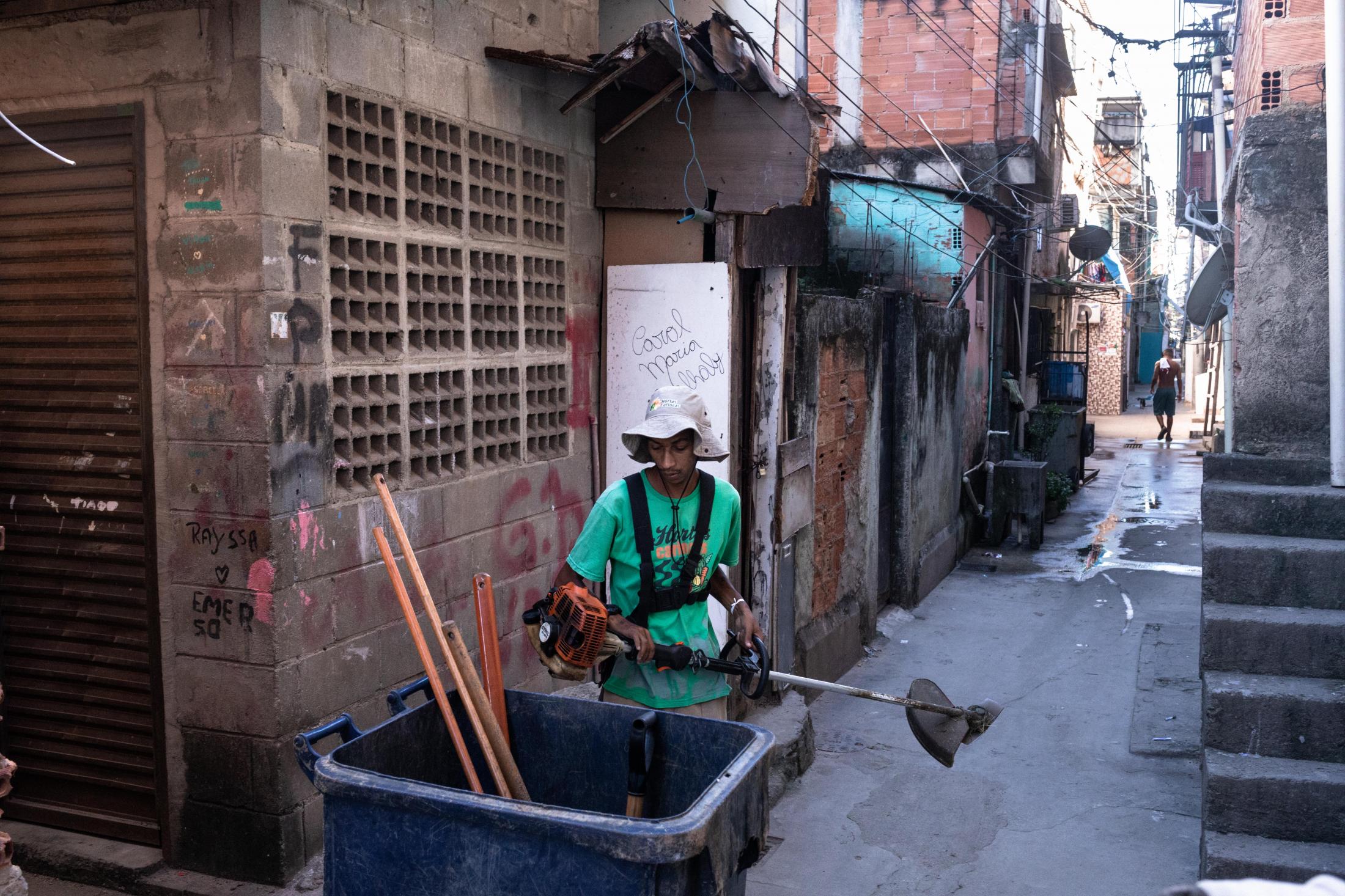 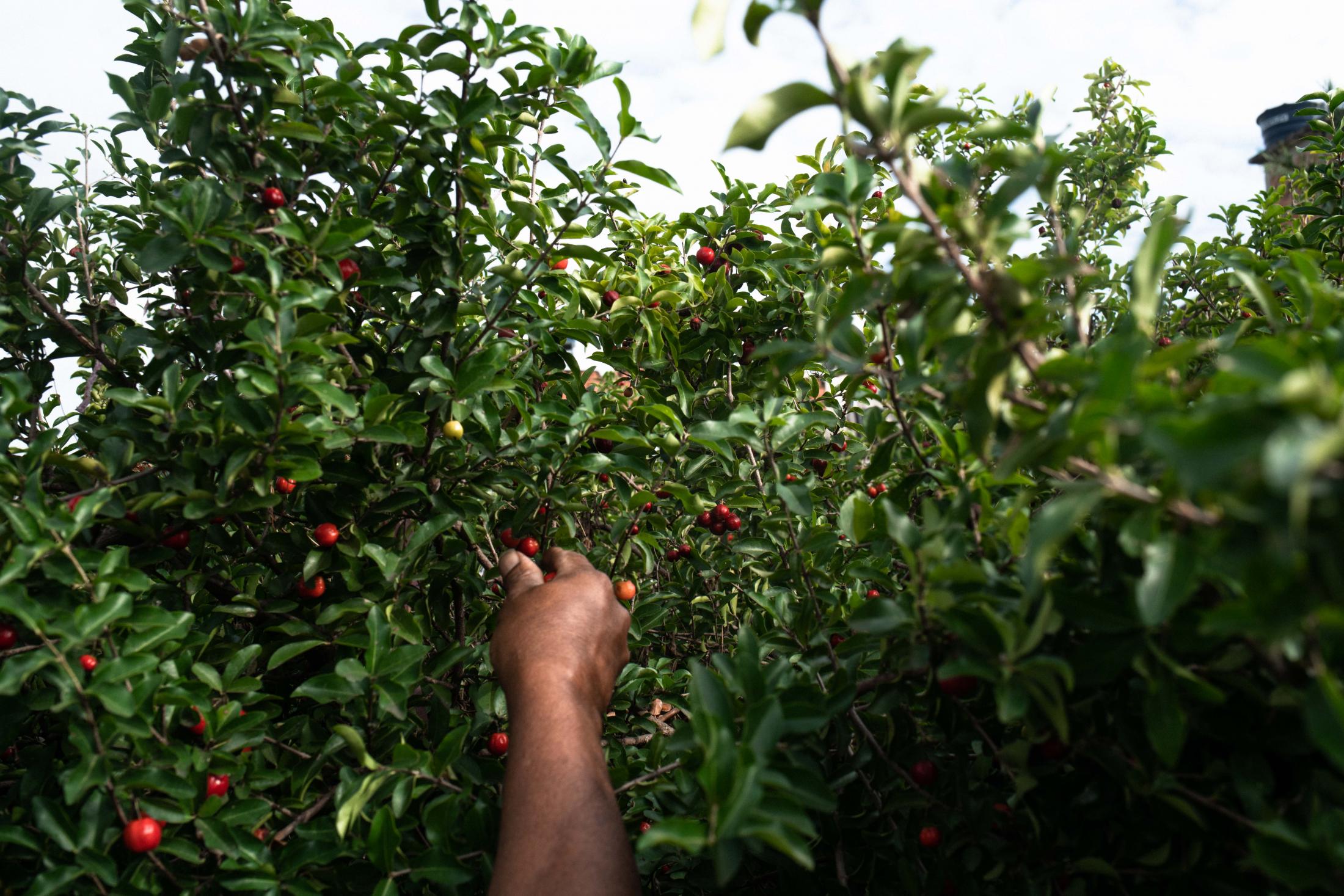 A worker from the Manguinhos’ Urban farm harvests barbados’ cherries during a morning of work at the slum. All fruits and vegetables planted in the urban farm are organic. June 14, 2021. Photo: Ian Cheibub 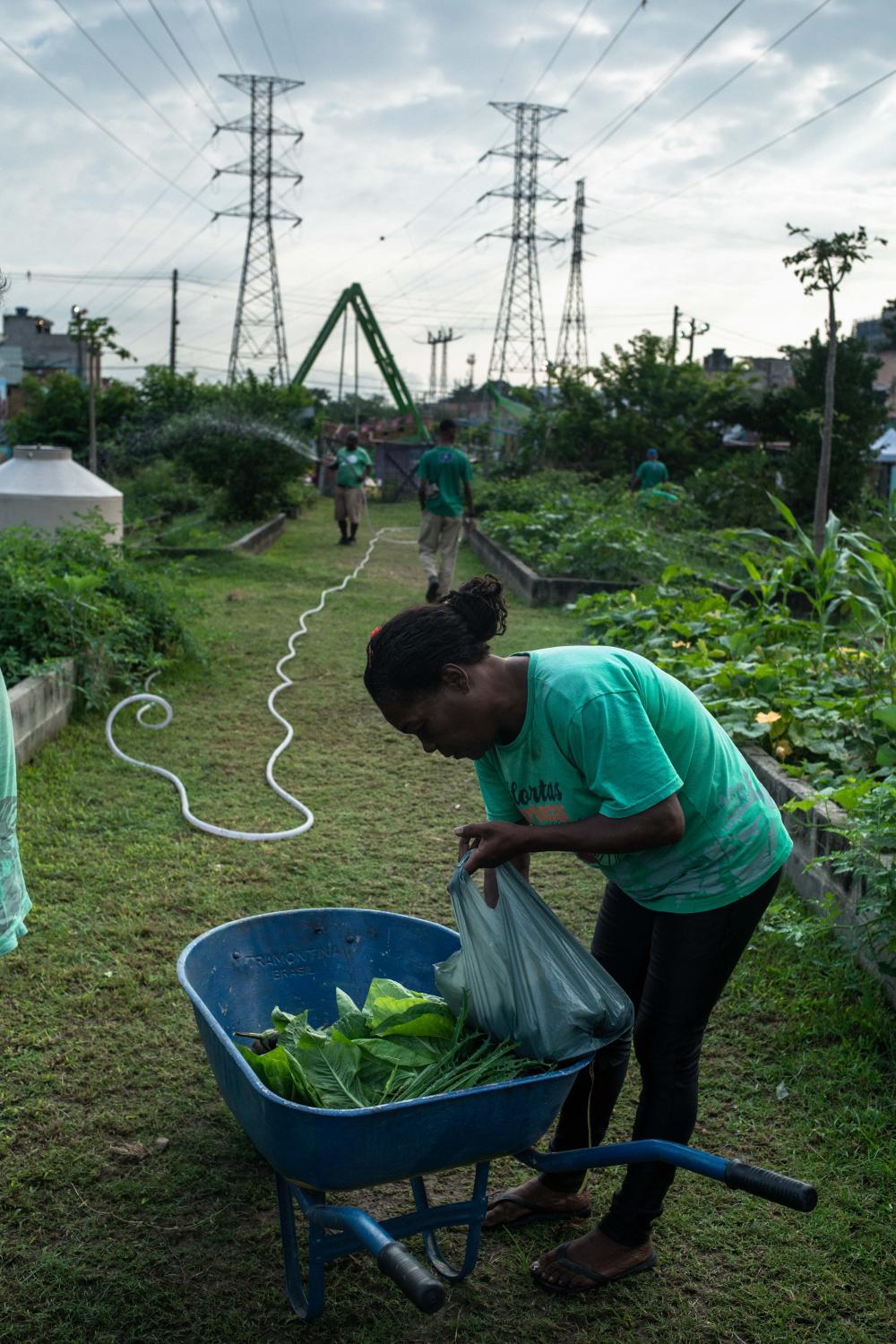 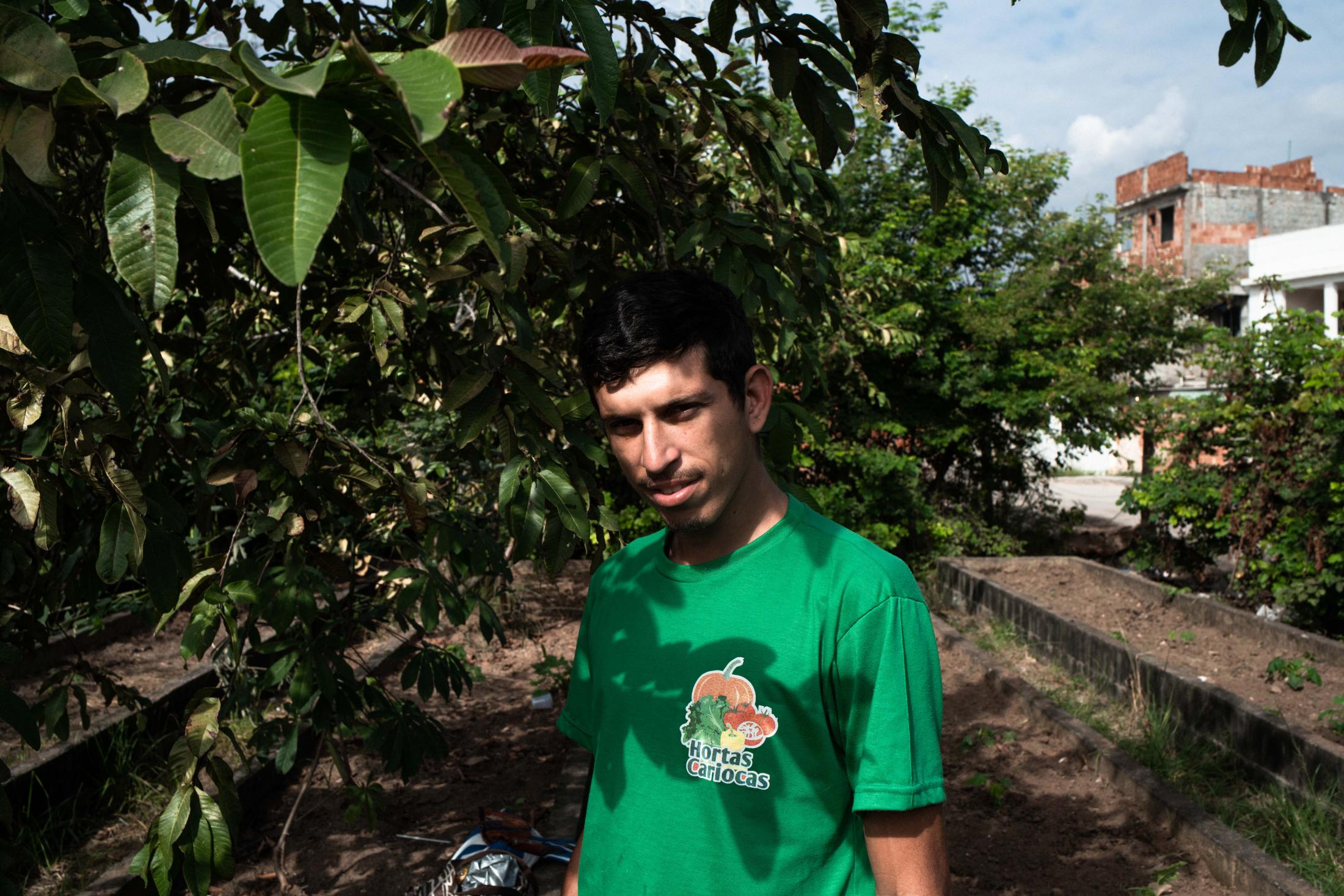 Leonardo Ferreira, a worker from the Manguinhos’ Urban Farm who used to be a drug dealer at the slum, poses for a portrait during a workday at the urban farm. June 14, 2021. Photo: Ian Cheibub 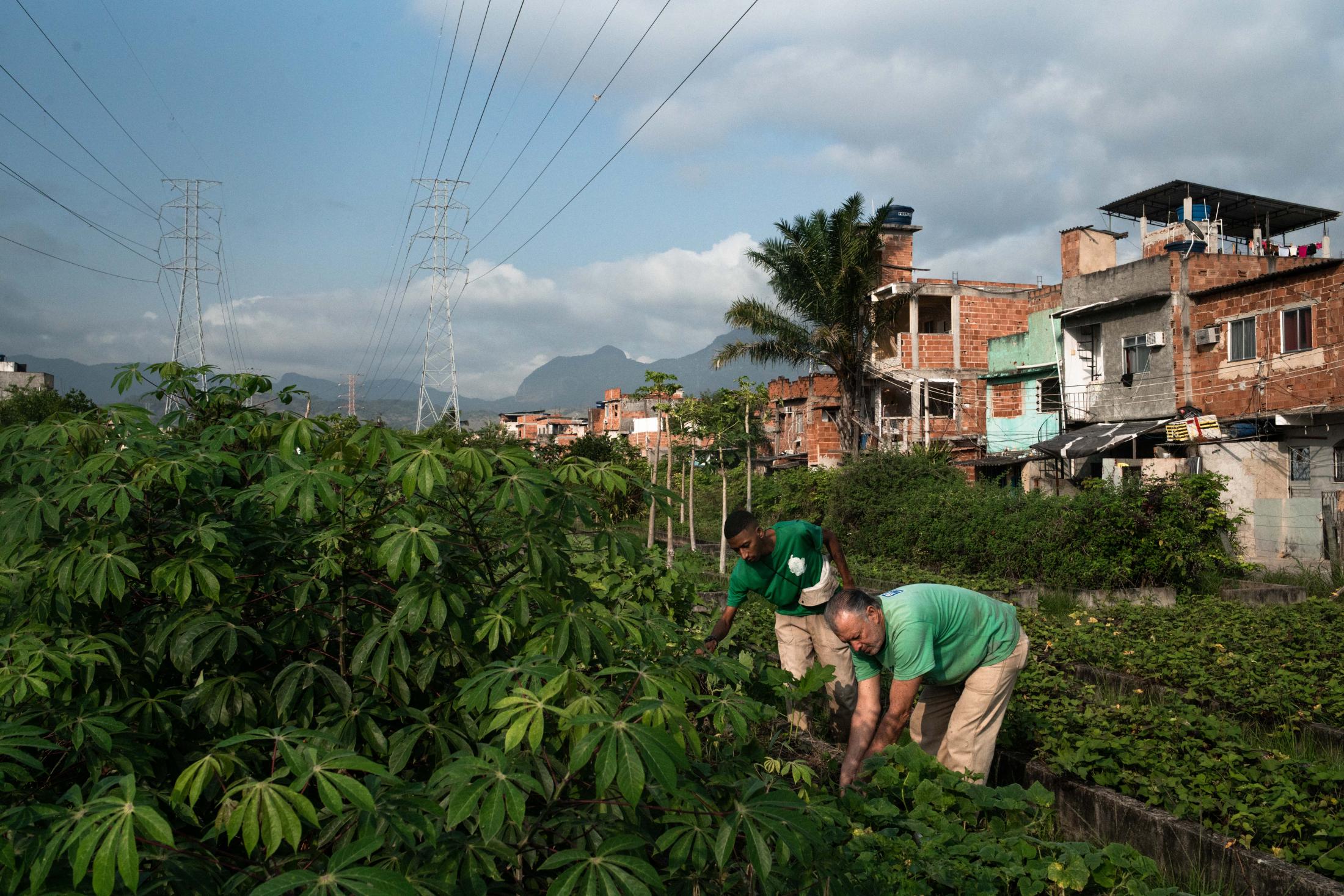 Workers from the Manguinhos’ Urban farm plant new vegetables that are going to be harvested weeks later during a morning of work at the slum. All fruits and vegetables planted in the urban farm are organic. Rio de Janeiro, Brazil. June 16, 2021. Photo: Ian Cheibub 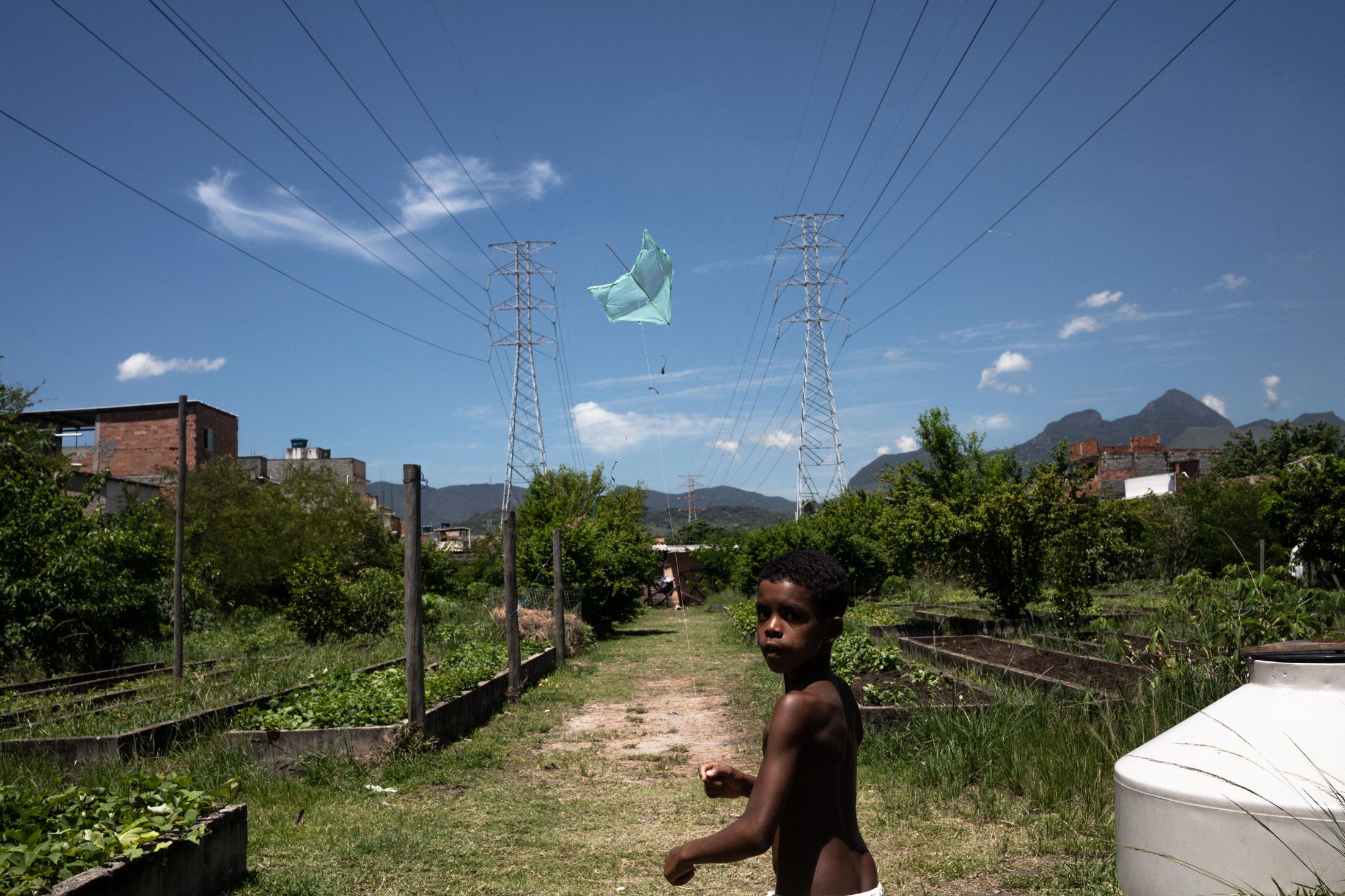 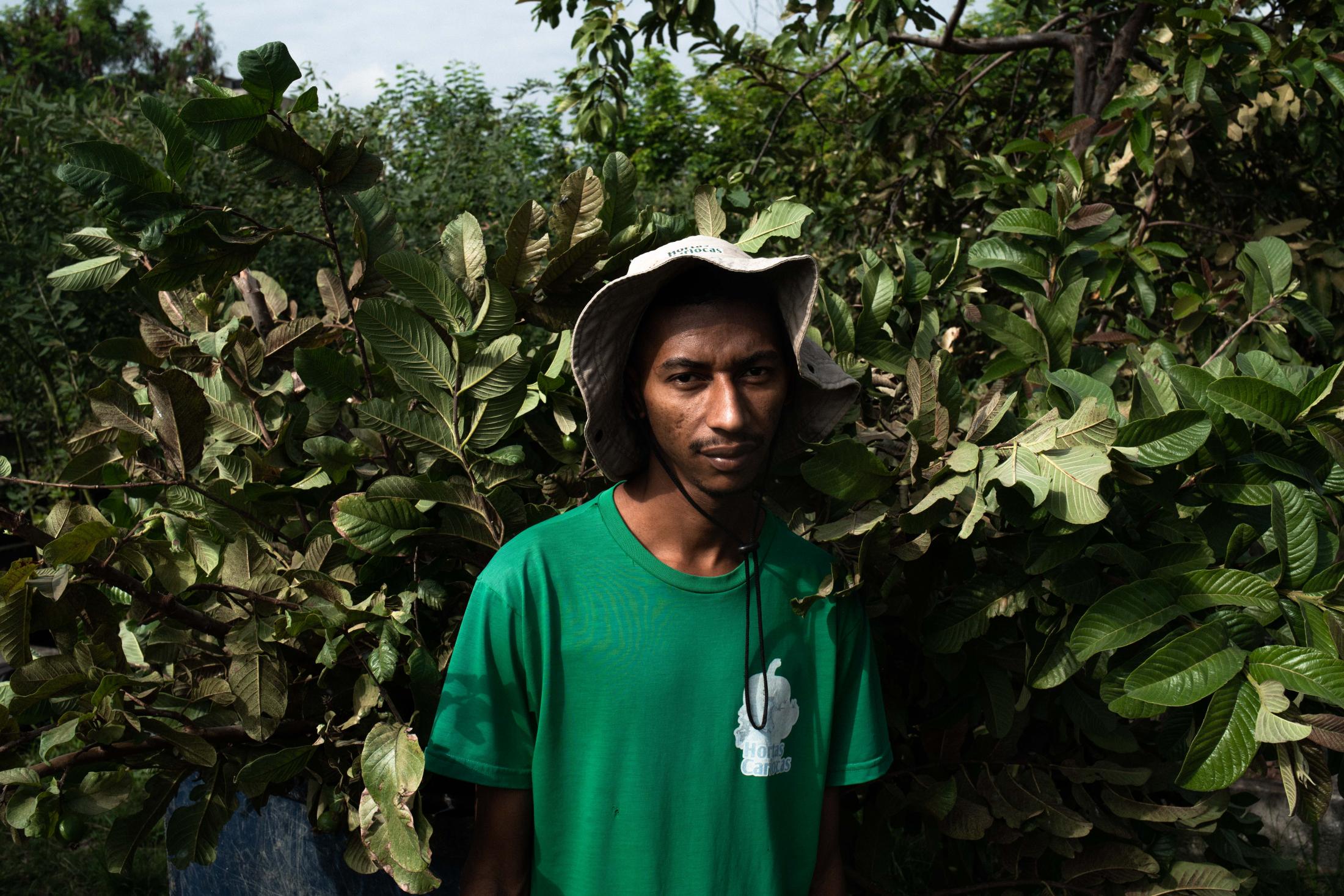 Marcos Marques, one of the leaders of Manguinhos’ Urban Farm and resident of the slum, poses for a portrait during a workday. June 14, 2021. Photo: Ian Cheibub 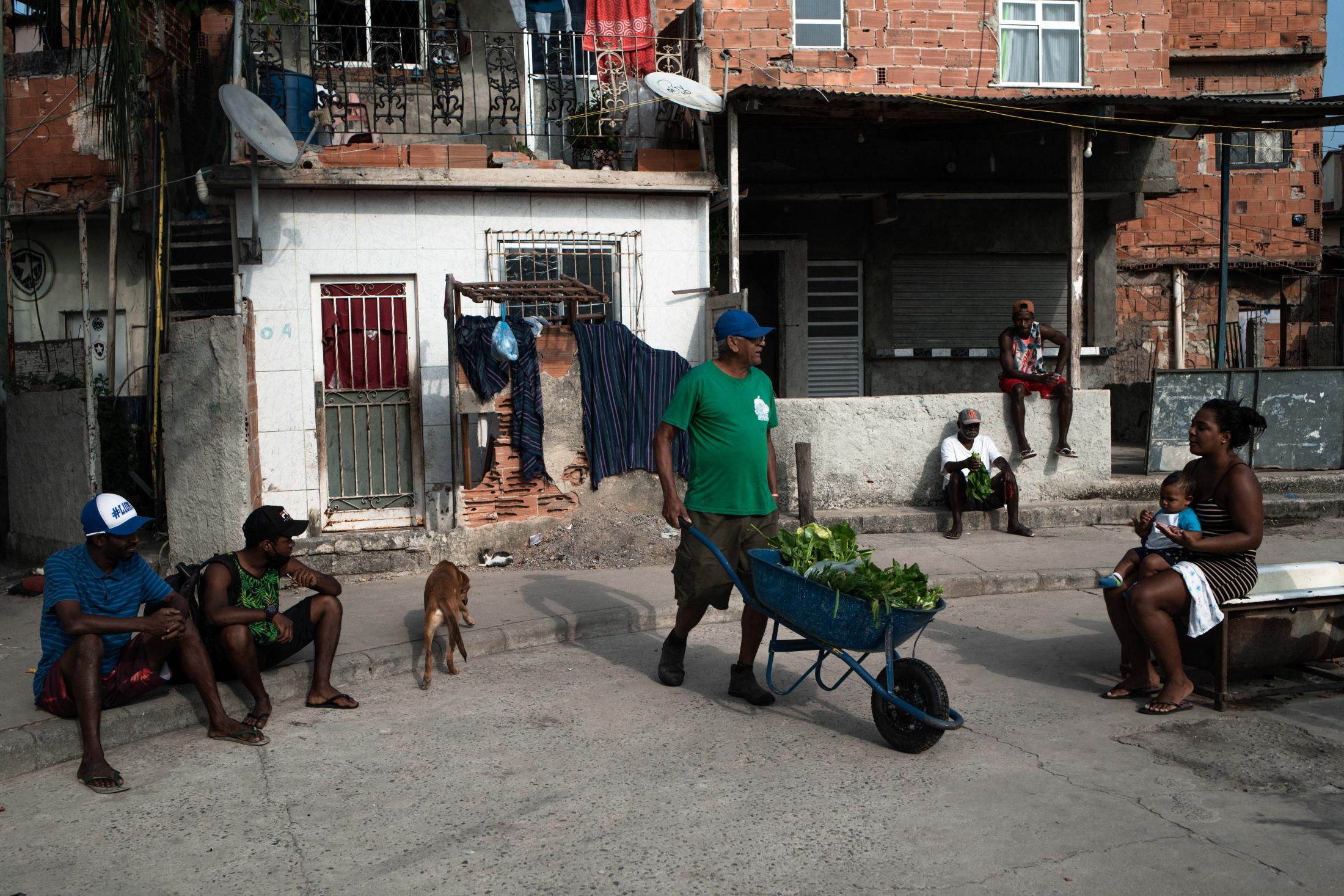 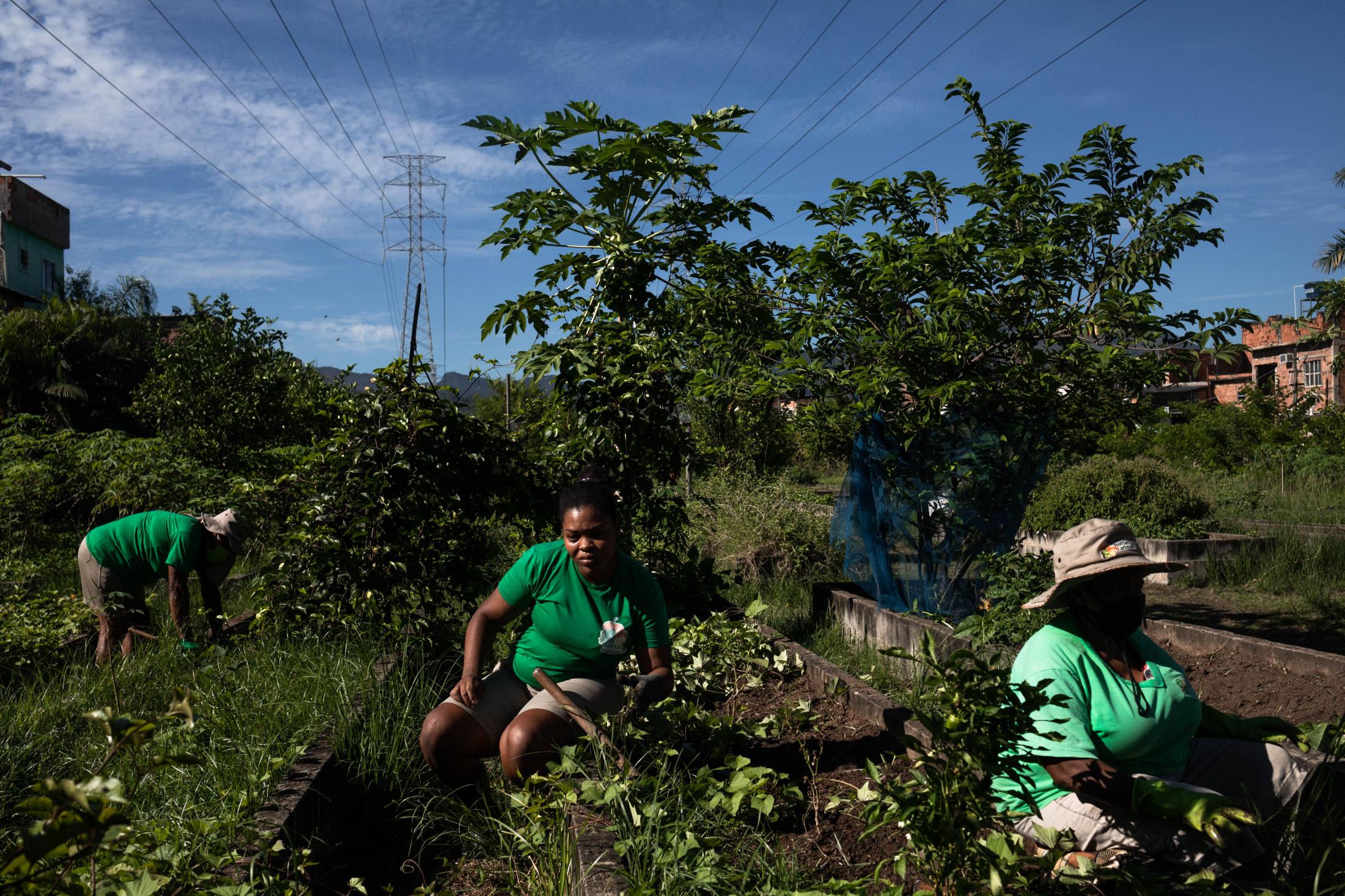 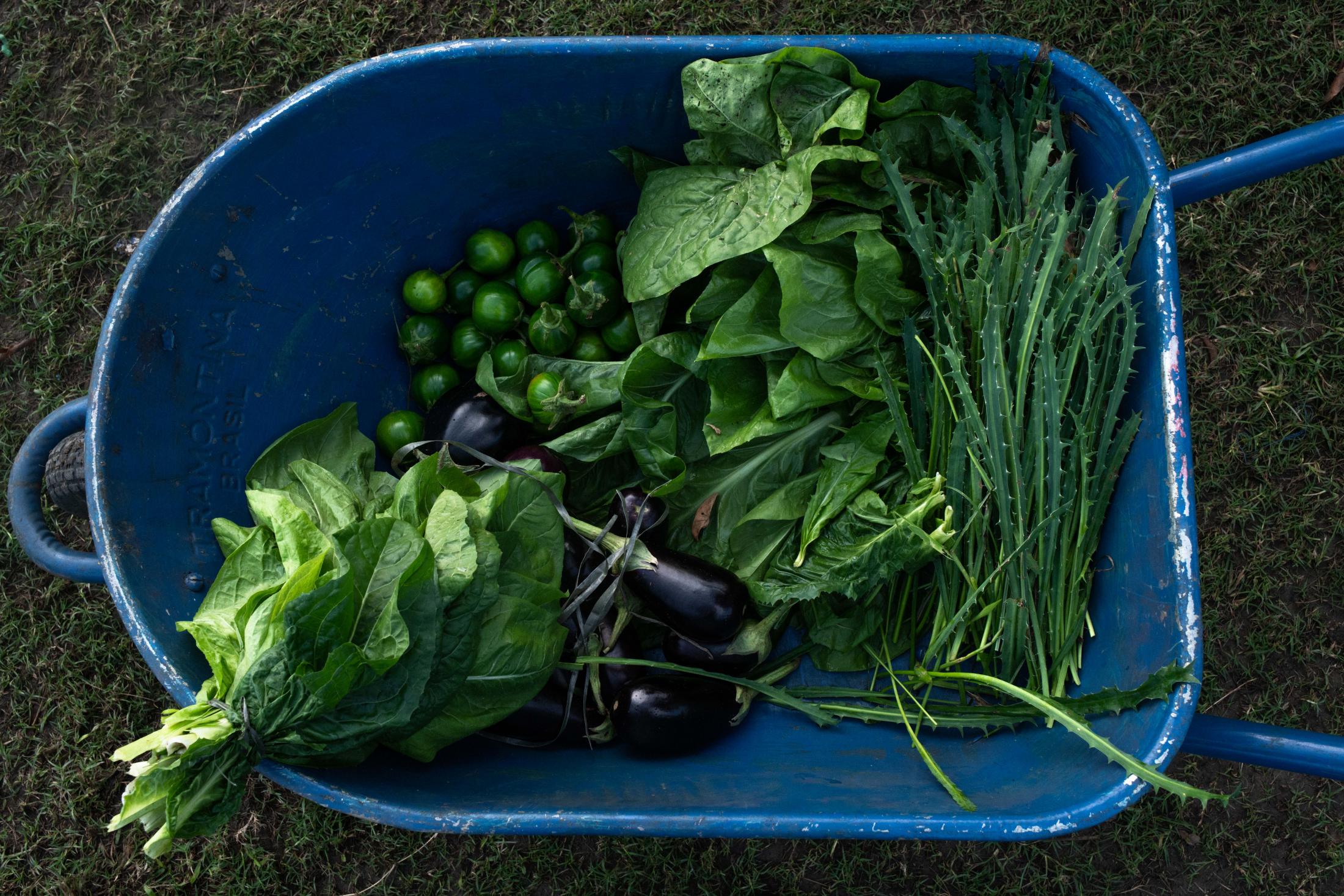 Vegetables that are going to be donated to Manguinhos’s slum residents are seen on the pushcart from the Urban Farm. Rio de Janeiro, Brazil. June 16, 2021. Photo: Ian Cheibub 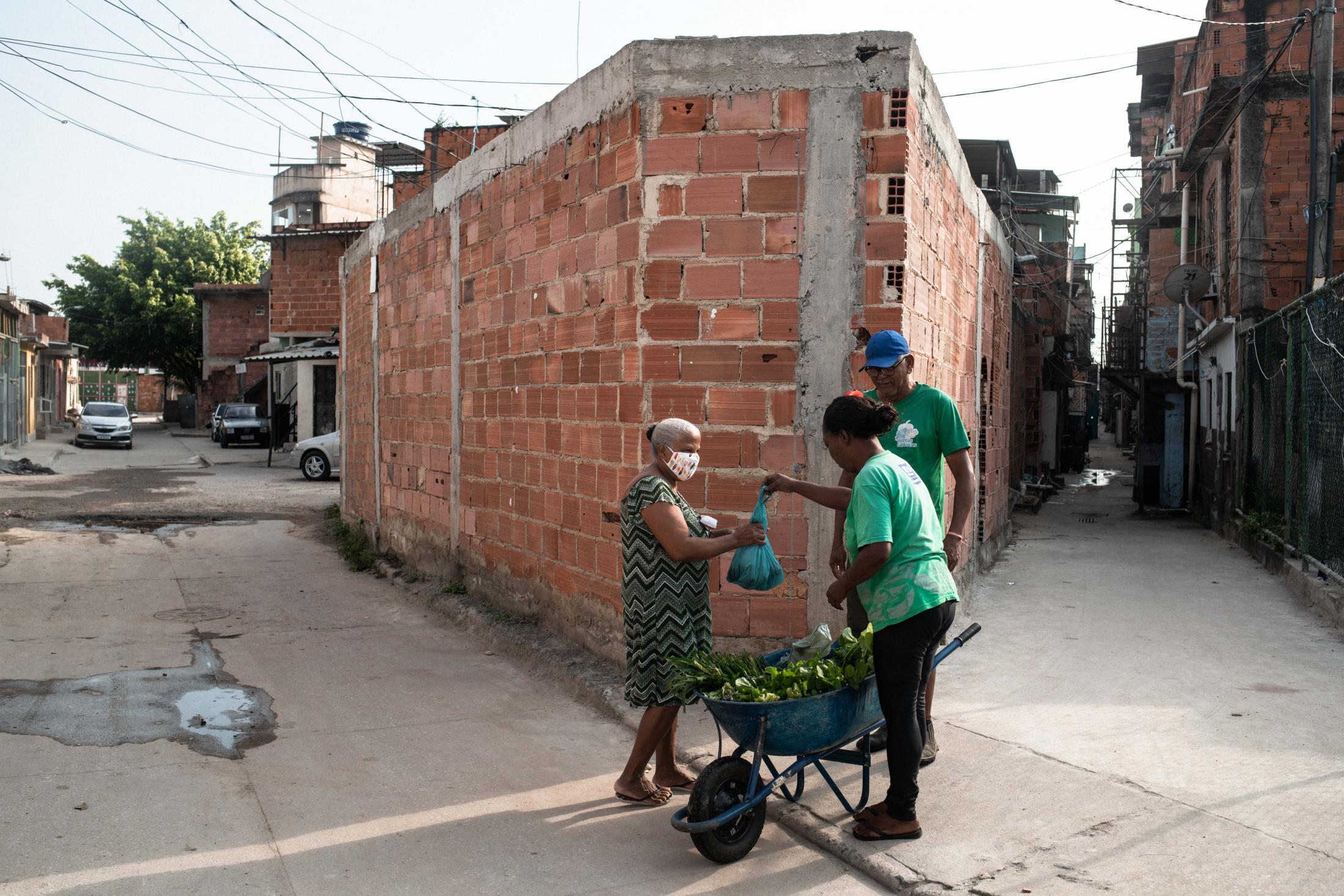