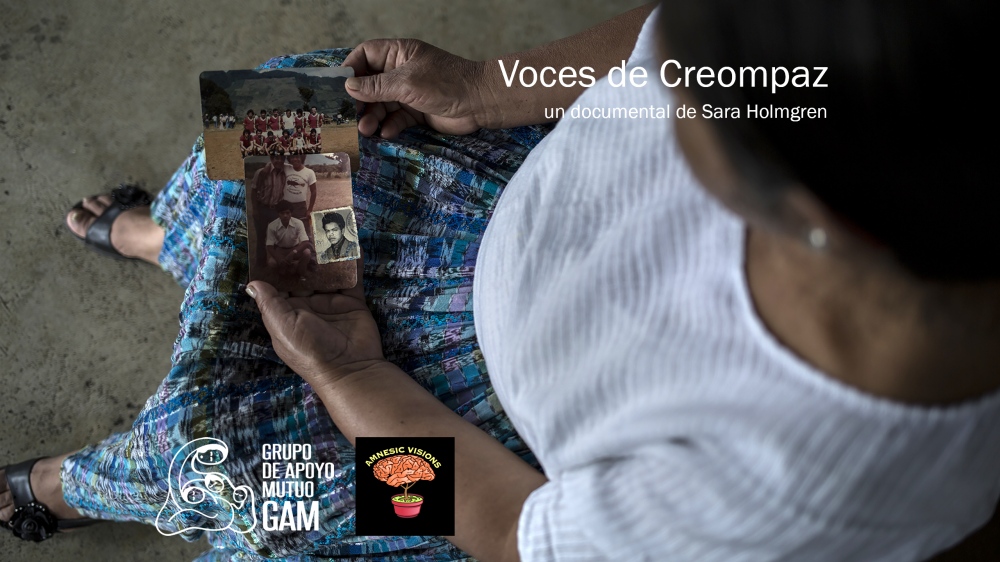 Today the survivors seek to know the whereabouts of the relatives who are still missing. And they seek recognition from the state.

Within the military zone 21 (Creompaz), Cobán, Alta Verapaz, Guatemala, the remains of 565 people have been exhumed (2012-2015). To date, 147 of them have been identified comparing their DNA with that of living relatives.

The investigations show that the people found were taken by members of the army to be tortured, murdered and buried between 1981 and 1988.

In January 2016, 14 people, high military commanders and those responsible for military zone 21 were arrested in the years that the crimes were committed. Today they are retired. Several of them are fugitives from justice. The legal process is continually delaying and being hindered.

The people who appear in this video have had family members among the skeletons identified in Creompaz, continue searching for missing relatives in the area or have had first-person experiences in the military zone 21.

Special thanks to the people who have shared their experiences: