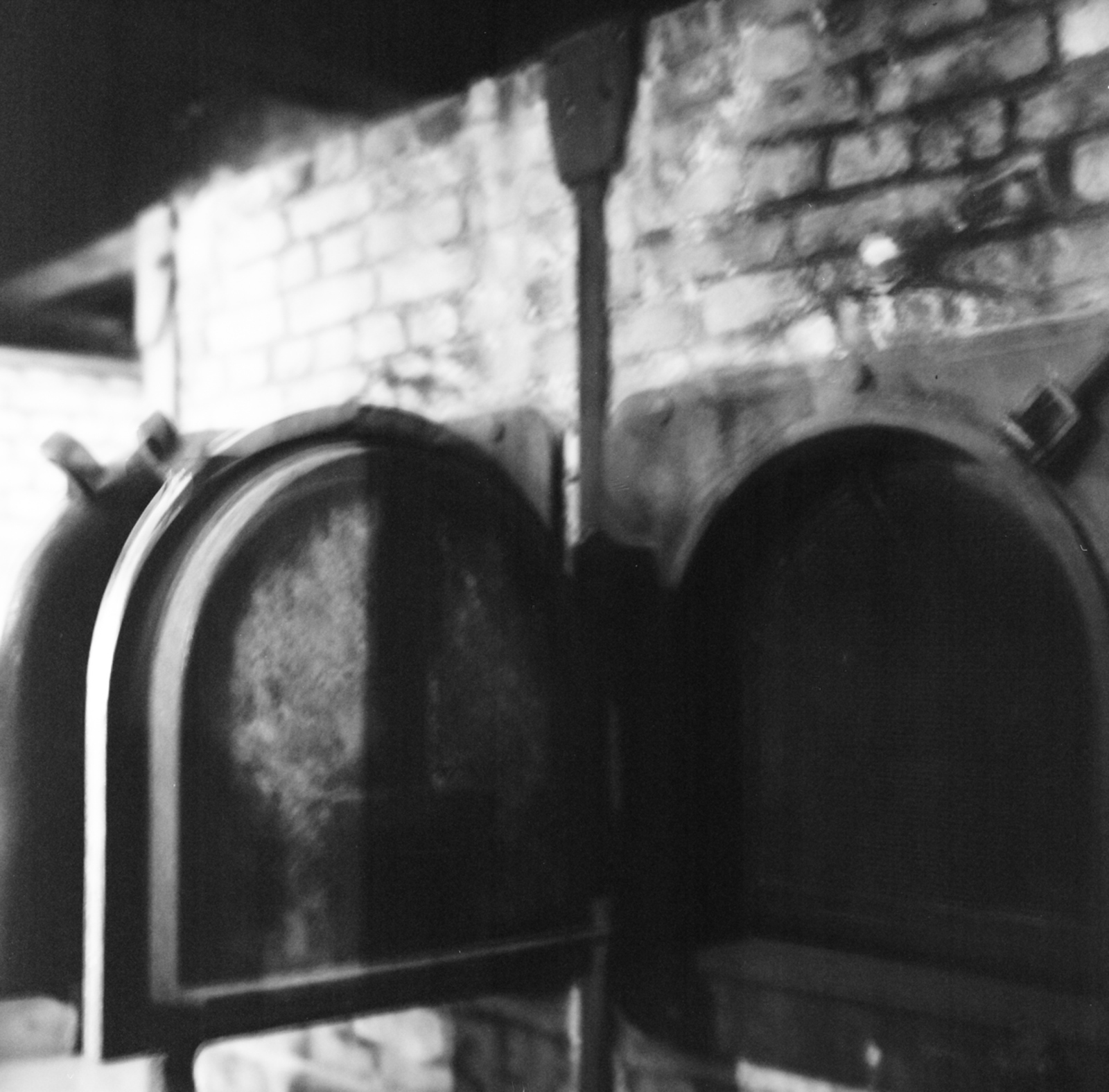 Eight years in the making, Survivor: My Father's Ghosts will continue until August 20, 2018 at the Los Angeles Museum of the Holocaust at 100 South The Grove Drive in Los Angeles. Hannah retraced her father's footsteps of his stay in eight Nazi forced labor camps in Poland from 1943 until liberation May 8, 1945. Hannah visited 18 concentration camps in total.

I have traveled to Poland numerous times to see the camps he was in and the killing centers where his family were murdered. Tracing his steps to all of the camps he was forced into. Dernau, in particular, quieted me while awakening every sense.  I saw the barbed wire fence that kept him prisoner, as he was close to death, I heard crickets and the ever present singing of birds that seem to sing differently in Poland, than the U.S.  I wondered if he could have heard the running water from the creek surrounding the camp. Could he see the tall, sinewy trees? Making it out alive was a combination of his will, his intuition, luck and a miracle.

My father asked me to tell his story towards the end of his life. I took this as a task as well as a love letter to him. As a second generation survivor, perhaps this is a reason for my existence.

I am fascinated by the remains of the war, as a cloud of darkness from my father's past has haunted me since I was ten years old. I grabble to understand mans inhumanity to man. I understand now, that I will never truly comprehend what happened to my family but my continued sojourns to Poland, help me to see answers to my questions, in person.

Survivor: My Father's Ghosts - Los Angeles Museum of the Holocaust

By Hannah Kozak — Honored to be chosen for the "Melancholia" exhibition at FotoNostrom in Barcelona, Spain...
Jul 9, 2021

The Mark and The Memory: Photography and its role in documenting and processing trauma

By Hannah Kozak — Thank you to Ryann Casey, curator of The Mark and the Memory: Photography and its role in documenting and..
Jul 8, 2021

By Hannah Kozak — I am delighted to share that my 10 year book project, He Threw the Last Punch Too Hard, has been shortlisted..
Jan 16, 2021

Interesting Artist and Photographic Books for 2020

By Hannah Kozak — FOR IMMEDIATE RELEASE AUGUST 2020 HE THREW THE LAST PUNCH TOO HARD PHOTOGRAPHS BY HANNAH KOZAK Essay by..
Jul 27, 2020

He Threw the Last Punch Too Hard Book

By Hannah Kozak / KaāŸā±thane, Turkey — My books have arrived from Istanbul! I will begin shipping out the pre-sales. My book can be ordered at:..
Jul 13, 2020

By Hannah Kozak — Peaceful protest at Pan Pacific Park in Los Angeles Erupts in Violence A friend posted on Facebook that..
May 31, 2020

By Hannah Kozak — It's an honor to have been chosen as the first prize series winner in the Documentary category for my 10..
Apr 22, 2020

By Hannah Kozak — Honored to have been given1st Prize in the Nude/Figure Series. Thank you to jurors including Elizabeth..
Apr 15, 2020

He Threw the Last Punch Too Hard Kickstarter

By Hannah Kozak — When I was nine, my mother left our family after falling in love with another man. The man she left us for..
Oct 14, 2019

He Threw the Last Punch Too Hard Book Project

Amamos tantos a las flores, que las matamos - We Love Flowers So Much We Kill Them

By Hannah Kozak — Please join us if you are near Downtown Los Angeles on March 9 for the Hive Gallery 5th annual photography..
Mar 6, 2019

Forbes: This Photography Exhibit is Dedicated to a Holocaust Survivor

By Hannah Kozak — It's an honor for my father's story to be published in the Jewish Journal. My father loved this..
Jun 27, 2018

Survivor: My Father's Ghosts:Los Angeles Museum of the Holocaust

By Hannah Kozak — The results of the 10th Julia Margaret Cameron Award winners are now visible online. I am honored that my..
Jul 2, 2017