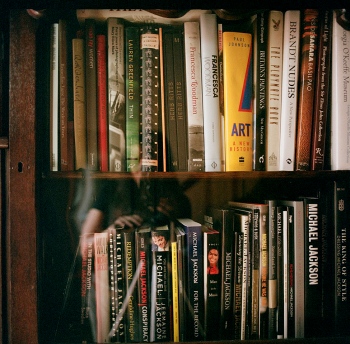 Photographer / Based in Los Angeles, California

Hannah Kozak was born to a Polish father and a Guatemalan mother in Los Angeles, California.  At the age of ten, she was given a Kodak Brownie camera by her father, Sol, a survivor of the Nazi concentration camps and began instinctively capturing images of dogs, flowers, family and friends that felt honest and real.  As a teenager growing up in Los Angeles, Hannah would sneak onto movie lots and snap photos on the sets of Charlie’s Angels, Starsky and Hutch and Family, selling star images to movie magazines and discovering a world that was far from reality.

While working in a camera store at the age of twenty, Hannah’s life changed when she met a successful stuntwoman named Victoria Vanderkloot who became her mentor and helped her start a career in stunts.  For more than twenty years, Hannah’s work provided the opportunity to work with notable directors such as Michael Cimino, David Lynch, Mike Nichols, Tim Burton and Michael Bay.  She worked as a stunt double for celebrated stars like Cher, Angelina Jolie, Lara Flynn Boyle and Isabella Rossellini.  On every set, Hannah took her camera to work, capturing candid, behind-the-scene pictures that penetrated the illusion of Hollywood magic.

Her wanderlust and career in the film business afforded Hannah the opportunity to travel from Japan, Korea, Taiwan, Mexico, Guatemala and Peru to Egypt, Italy, Israel and India, capturing images of far away lands and exploring the innocence and truth found in the faces of children from around the world.

Hannah has turned the camera on herself, her life and her world. She continues to look for those things that feel honest and real, using her camera as a means of exploring feelings and emotions. After decades of standing in for someone else, she now is in control of her destiny and vision.

“I use my camera as a means of exploring my feelings and emotions. My photos are my emotional predicaments. When someone allows me to photograph them, they give me a piece of themselves that I can forever hold onto. In moments of melancholic desire and solitude, I can feel them again from the connection of our photos. My photographs are direct, honest and without pretense. I love natural light. Artificial lighting is a travesty of reality.

I am drawn to the female form, capturing women who are completely comfortable, without shame, just being in their bodies. It’s a visceral experience for me, a soul-to-soul connection in a creative way. I also love to photograph these subjects in black and white. It’s an immediately abstract medium that is removed from reality by its very nature.

I create pictures of love, passion, hope, fear, abuse, heartbreak, acceptance, resurrection, rebirth. I paint life. I dream, hope, need and desire to create something about our world with my expression.”