News Reporter/ Photographer
gsilva.visura.co
Veteran Pursuit
Follow Hire
Profile
Stories (12)
News (1)
Location: Los Angeles
Nationality: Mexican American
Biography: Everyone has a story to tell and I've always been interested in hearing it. It's the reason why I became a journalist and why I love photography. My job allows me to meet people from all walks of life. I get to share with viewers the good... read on
Focus: Photographer, Photojournalist, Journalist, Producer, Writer, Researcher, Reporter, Still Life, Documentary, News, Photography, Portraiture, Lifestyle
Covering: USA & Canada
Skills: Research, Storyboarding, Mixed Media, Copywriting, Photojournalism 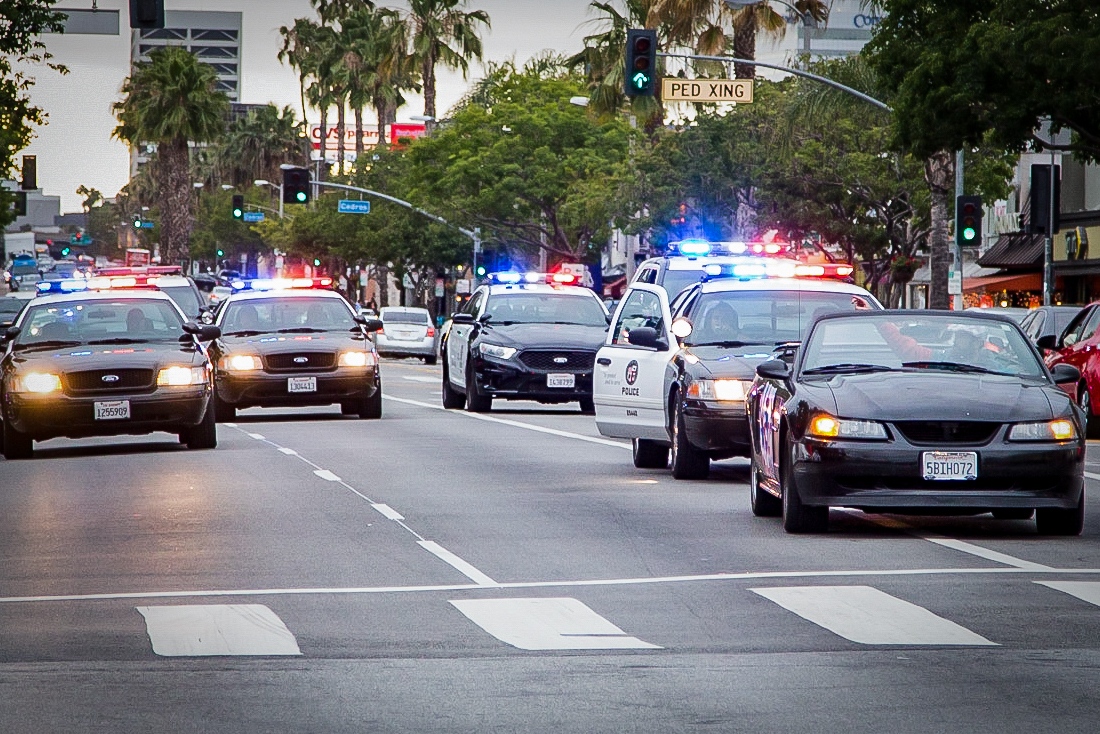 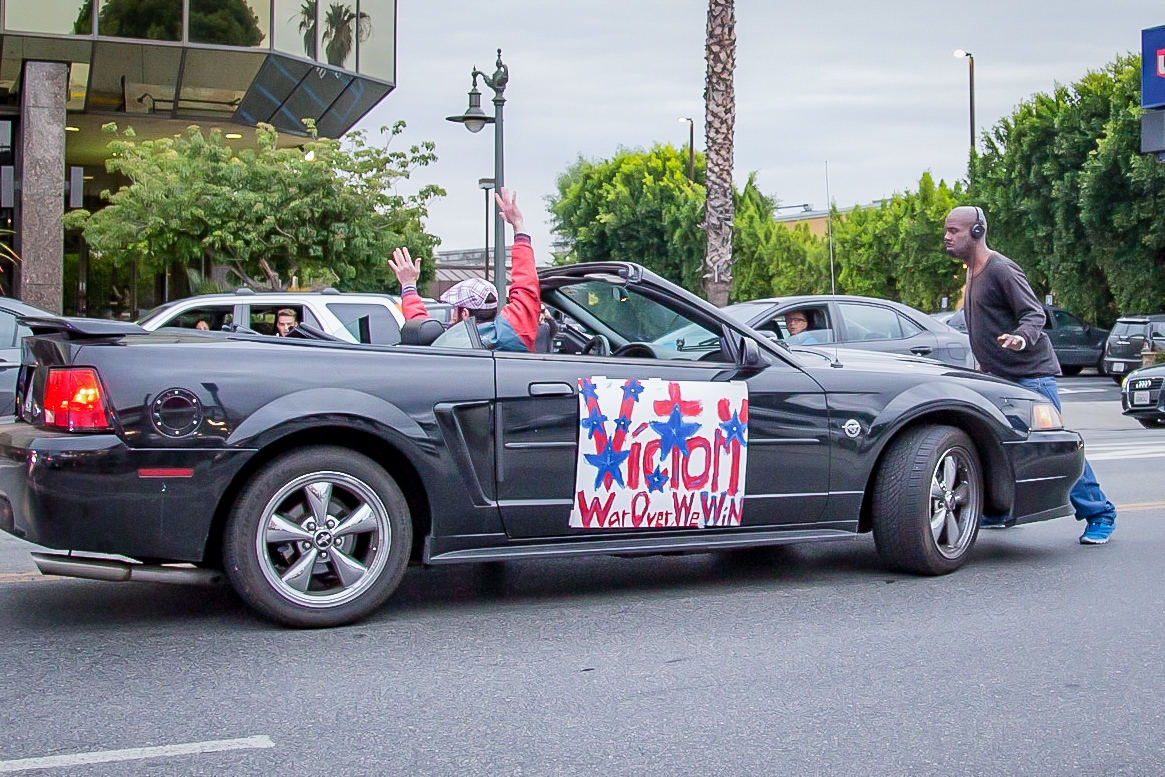 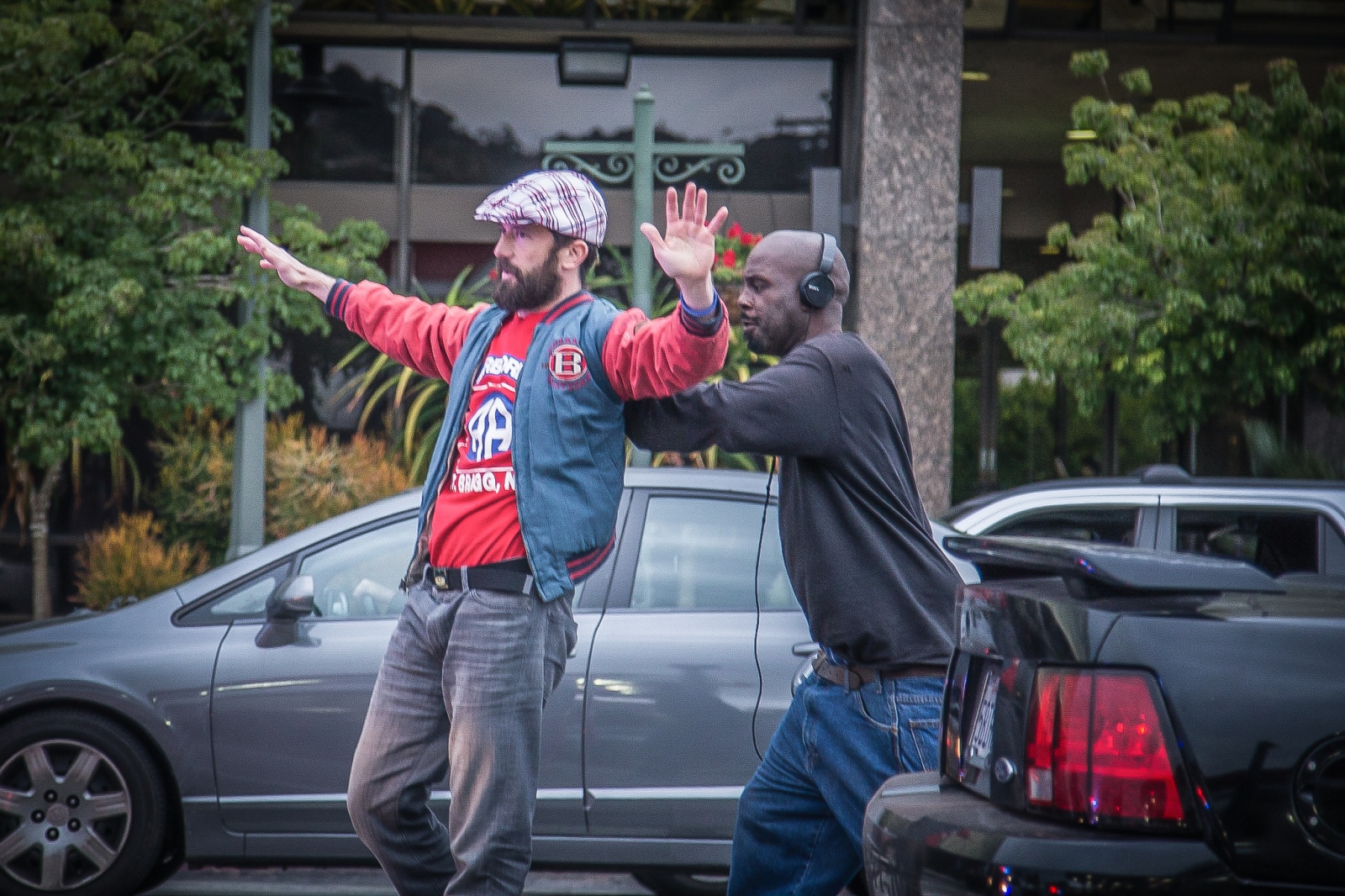 3 of 9 © 2021 Gina Silva
Man forces the veteran to walk towards police officers. 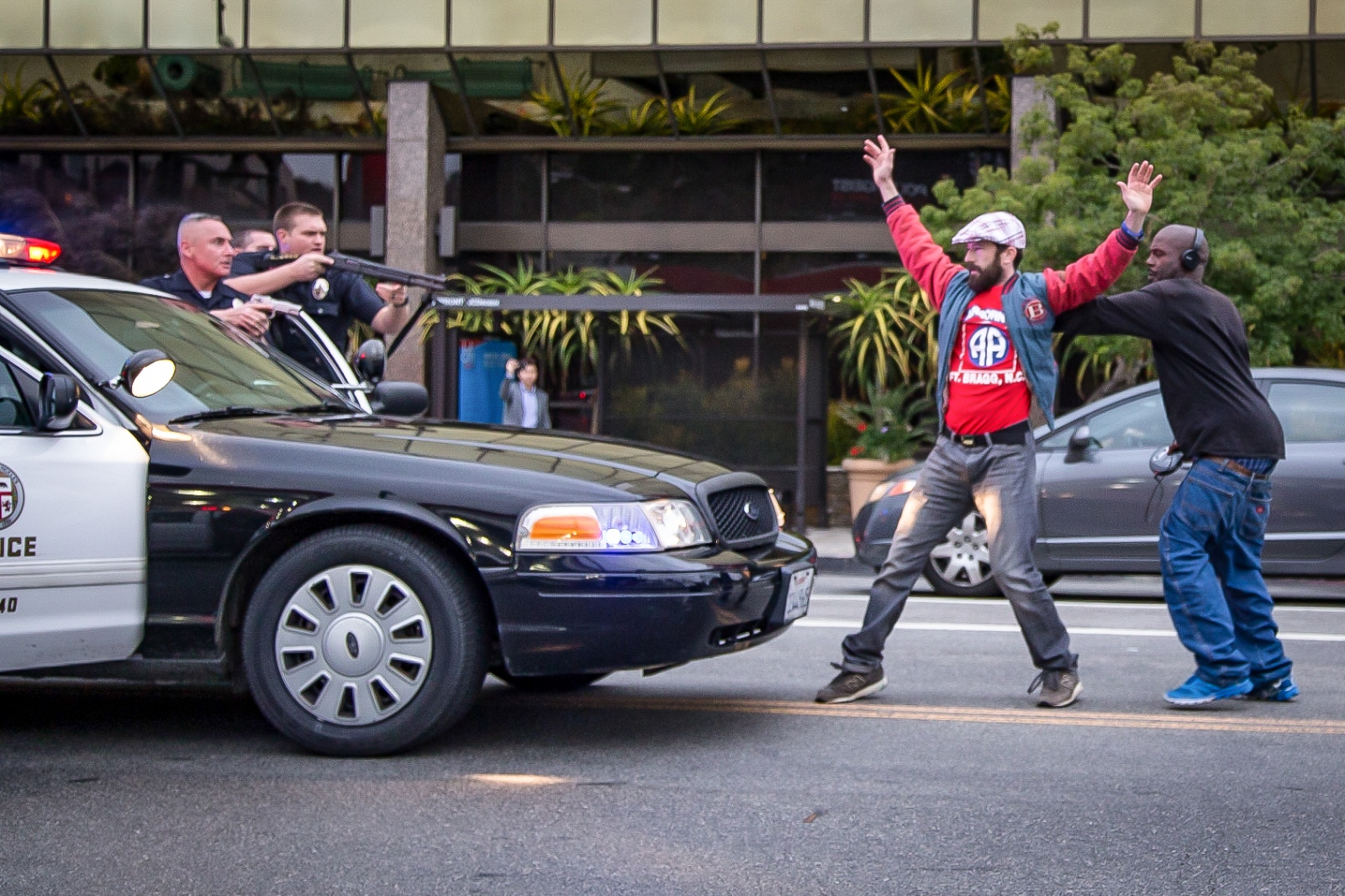 4 of 9 © 2021 Gina Silva
LAPD officers are shouting commands at both men. They are not happy with anyone interfering with police matters. 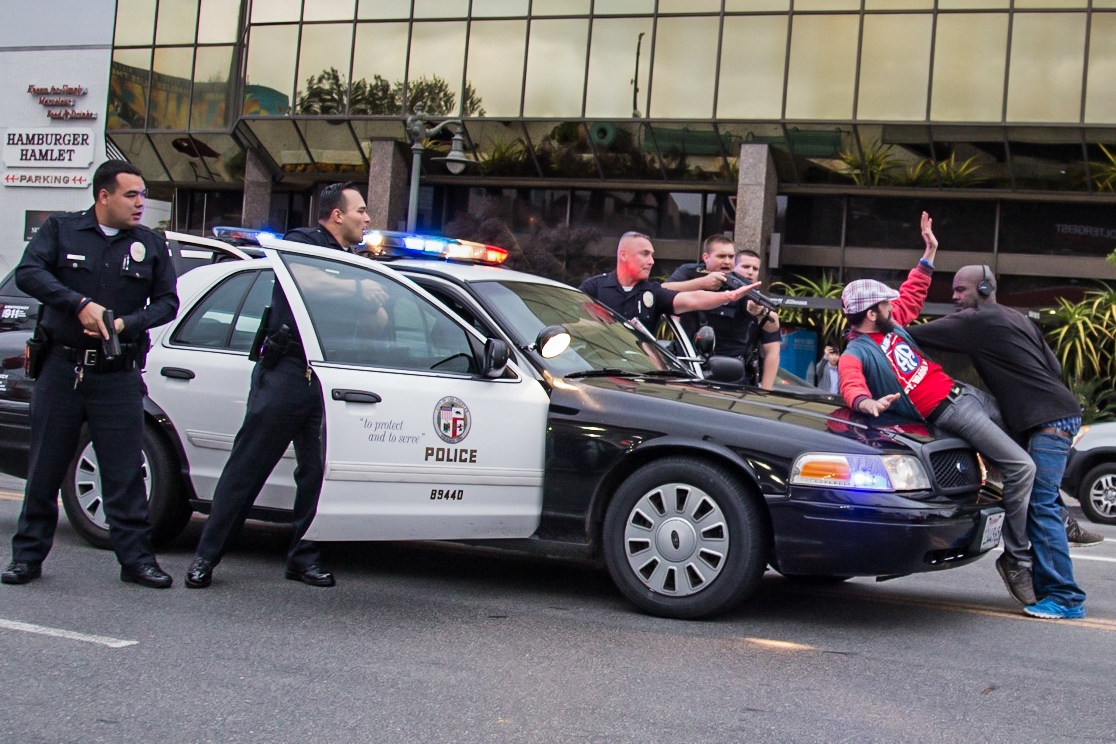 5 of 9 © 2021 Gina Silva
Man with headphones and a portable CD player in his hand, pushes Levy onto the hood of a police car. 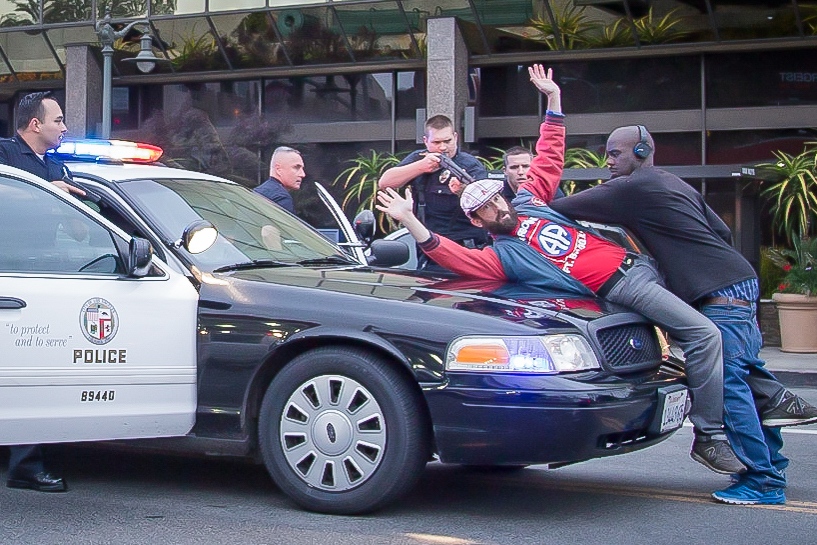 6 of 9 © 2021 Gina Silva
Police officers tell homeless man to stop and put his hands up. 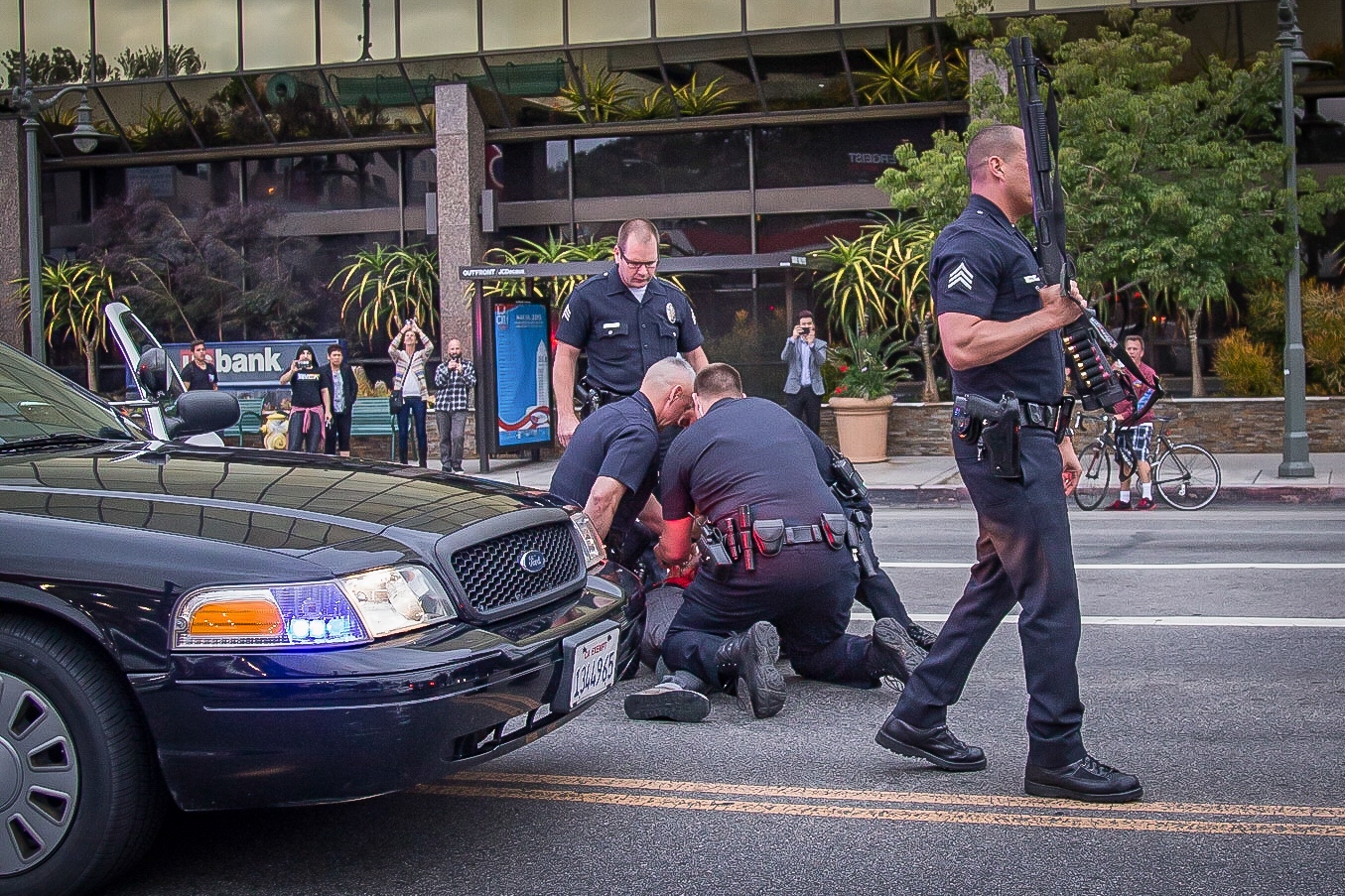 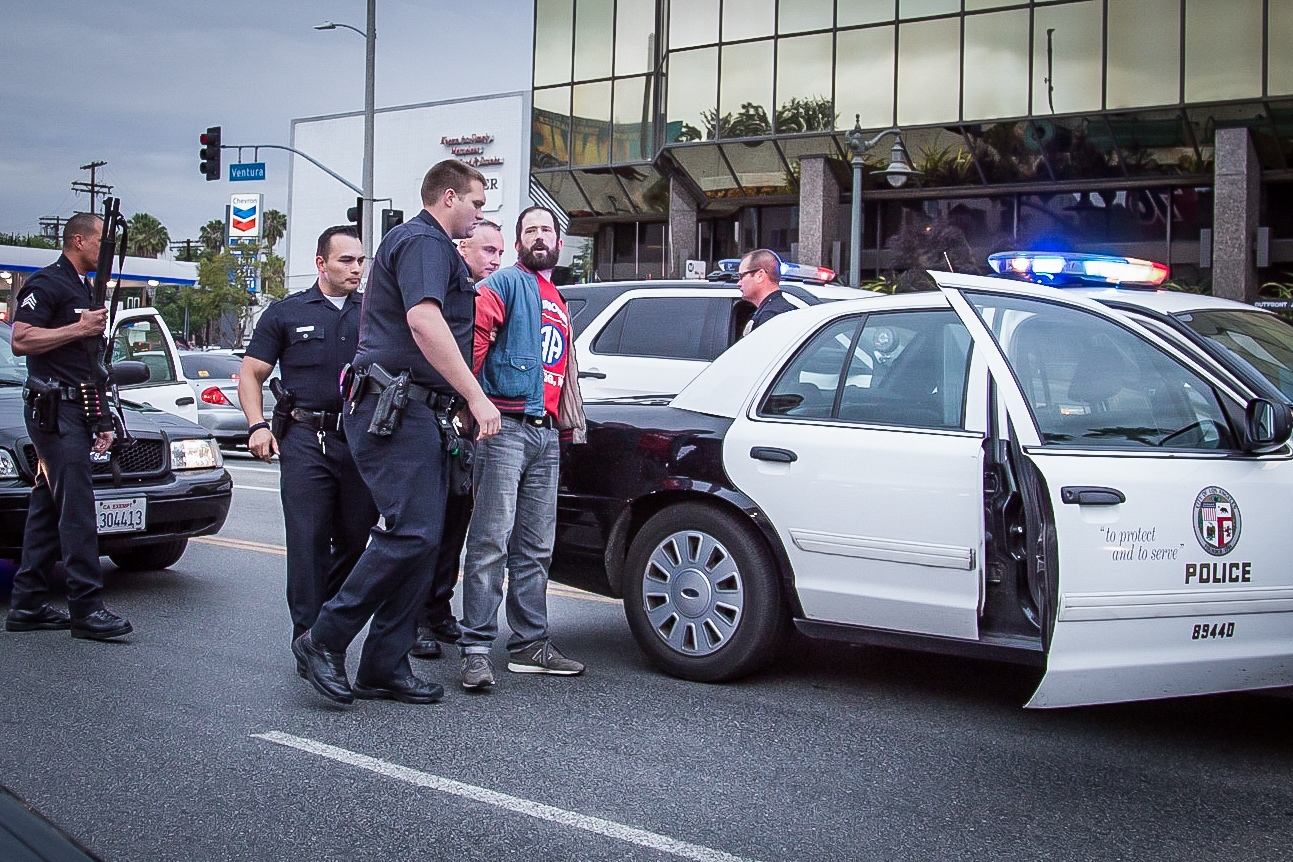 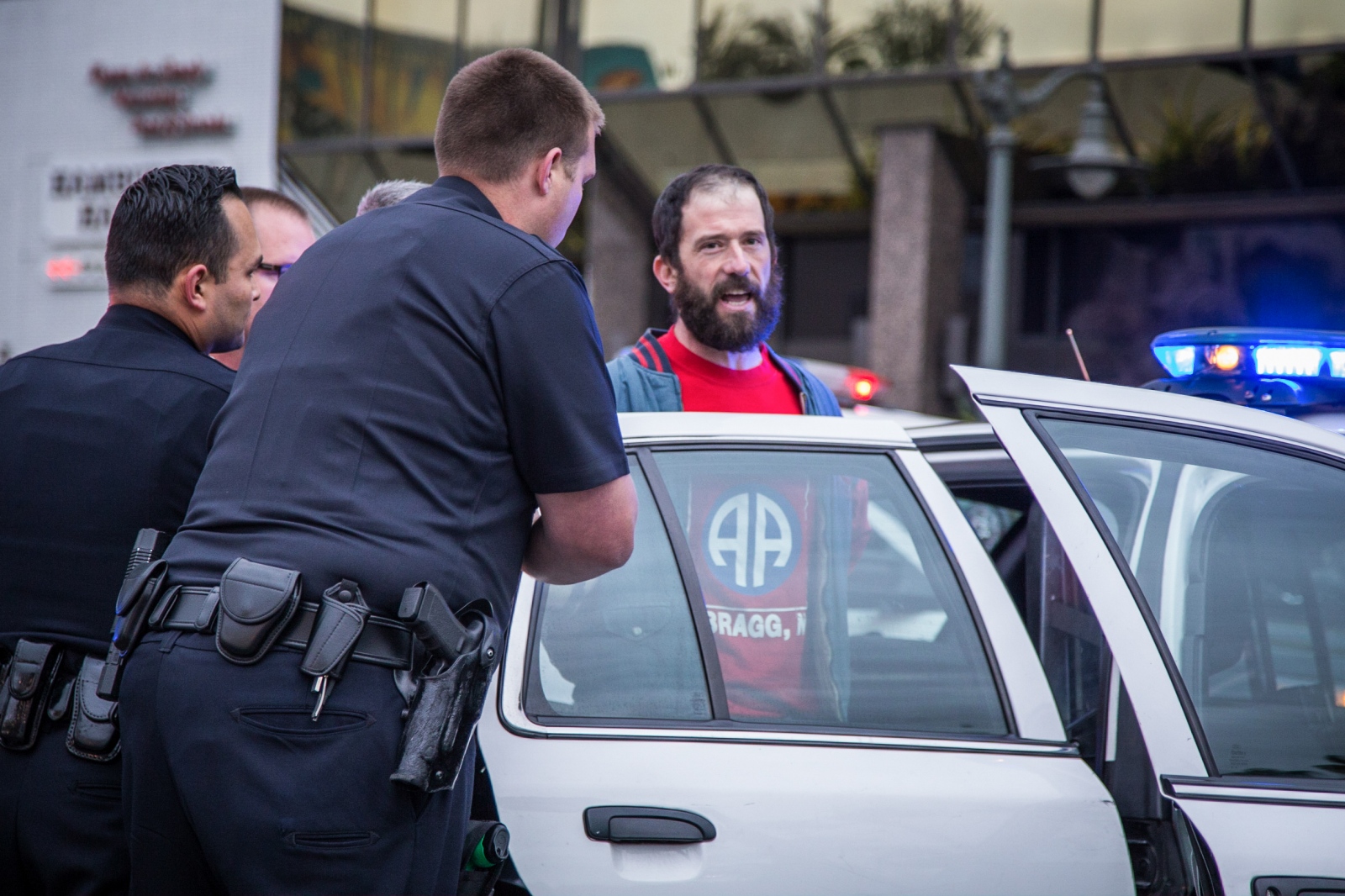 9 of 9 © 2021 Gina Silva
War Veteran Aaron Levy kept yelling, "I love this country! God Bless America! USA!!”
Public Story
Veteran Pursuit
Copyright gina silva 2021
Date of Work 05/22/15 - 05/22/15
Updated 10/04/18
Archived as Action, Arrests and Prosecutions, Crime, Documentary, Mental Illness, Military, Photography, Photojournalism, Street, Veterans
"I love this country! God Bless America! USA!!” That’s what war veteran Aaron Levy kept yelling at police.
The 38 year old Southern California man led police on a slow speed pursuit on Ventura Boulevard.  I was leaving a restaurant  when I spotted Levy in his 2004 Ford Mustang convertible. He saw me, honked and flashed the peace sign. He was doing that to other bystanders. On the passenger door, there was a sign that read, “Victory. War over, We Win.” Trailing behind Levy were 7 LAPD cruisers.  I immediately grabbed my camera and began photographing the chase. The highest speed during the pursuit was 10 mph.  After about an hour, it was a homeless man, not the police who brought the chase to a peaceful end. An unidentified African American man with headphones and a portable CD player in his hand,  stopped the chase by stepping in front of the mustang. As Levy got out of his car, the homeless man pushed him onto the roof of a police car. LAPD officers had their weapons drawn and they were shouting commands. Both men were eventually taken into custody. The homeless man was later released. But officers say he shouldn’t have interfered. As for Levy, investigators say the war veteran lives with his father and  has a history of arrests.
As I watched this unfold before my eyes, I thought of all the stories I’ve done on veterans suffering with mental illness. A recent study by Harvard University found the rate of depression is five times as high among soldiers as civilians, intermittent explosive disorder six times as high and post-traumatic stress disorder PTSD nearly 15 times as high. It's crucial veterans get the help they need.

By Gina Silva — They call themselves, Sisters of The Valley and they’re on a holy mission to alleviate suffering..
Jul 20, 2018

By Gina Silva — Unsuspecting LA County Deputies are being attacked in a vile and disgusting manner referred to as..
Jul 26, 2018

The Pink Lady of Hollywood

By Gina Silva — Kitten Kay Sera calls herself ‘The Pink Lady of Hollywood’. She claims to be monochromatic..
Aug 10, 2018

By Gina Silva — Gas station is serving the best Indian Food in Los Angeles. It’s sizzling in the kitchen of the The..
Aug 12, 2018

By Gina Silva — Under the watchful eye of U.S. Border Patrol Agents, familieson both sides of the border are allowed to..
Aug 10, 2018

By Gina Silva — In Cateura Paraguay, an entire community is built on a landfill. Every day, people sift through all the..
Jul 26, 2018