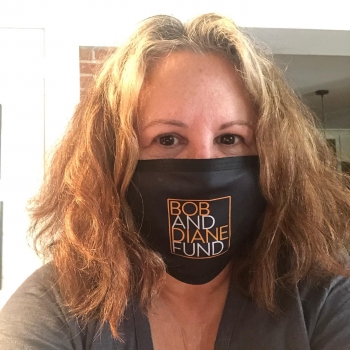 Gina Martin worked at National Geographic for 21 years.  She is the Founder and Executive Director of the Bob and Diane  Fund — a photography grant for visual storytelling about Alzheimer's and dementia. Gina is... read on
Location: Washington DC
Focus: Photographer, Editor
Skills: Research, Photo Editing, Photojournalism
| www.bobanddianefund.org
About

Years of experience: More than 10
Gina Martin worked at National Geographic for 21 years.  She is the Founder and Executive Director of the Bob and Diane Fund—a photography grant for visual storytelling about Alzheimer's and dementia. Gina is determined to find a cure for Alzheimer's - in honor of her dear mom.

The fund offers an annual $5,000 grant for stories that deal with loss or with the growing medical crisis caused by Alzheimer's, says Martin. “I want people to know that Alzheimer's is more than just memory loss. It’s so much deeper and devastating than that. It affects the family and the caregivers deeply. It’s a complete personality change of the person.” Martin's mom was diagnosed with Alzheimer's in 2006, upending her life and that of her family members. "My father, Bob, was her loyal caregiver for five years," says Martin. "He died just three months [after Diane died]."

In the first year, the fund received 83 submissions from 22 countries and gave their first grant to Swedish photographer Maja Daniels.  This work was published by Time Lightbox, New York Times, Washington Post, Huffington Post, NPR and the Alzheimer's Association.  Gina looks forward to many years of providing grants for visual storytellers.