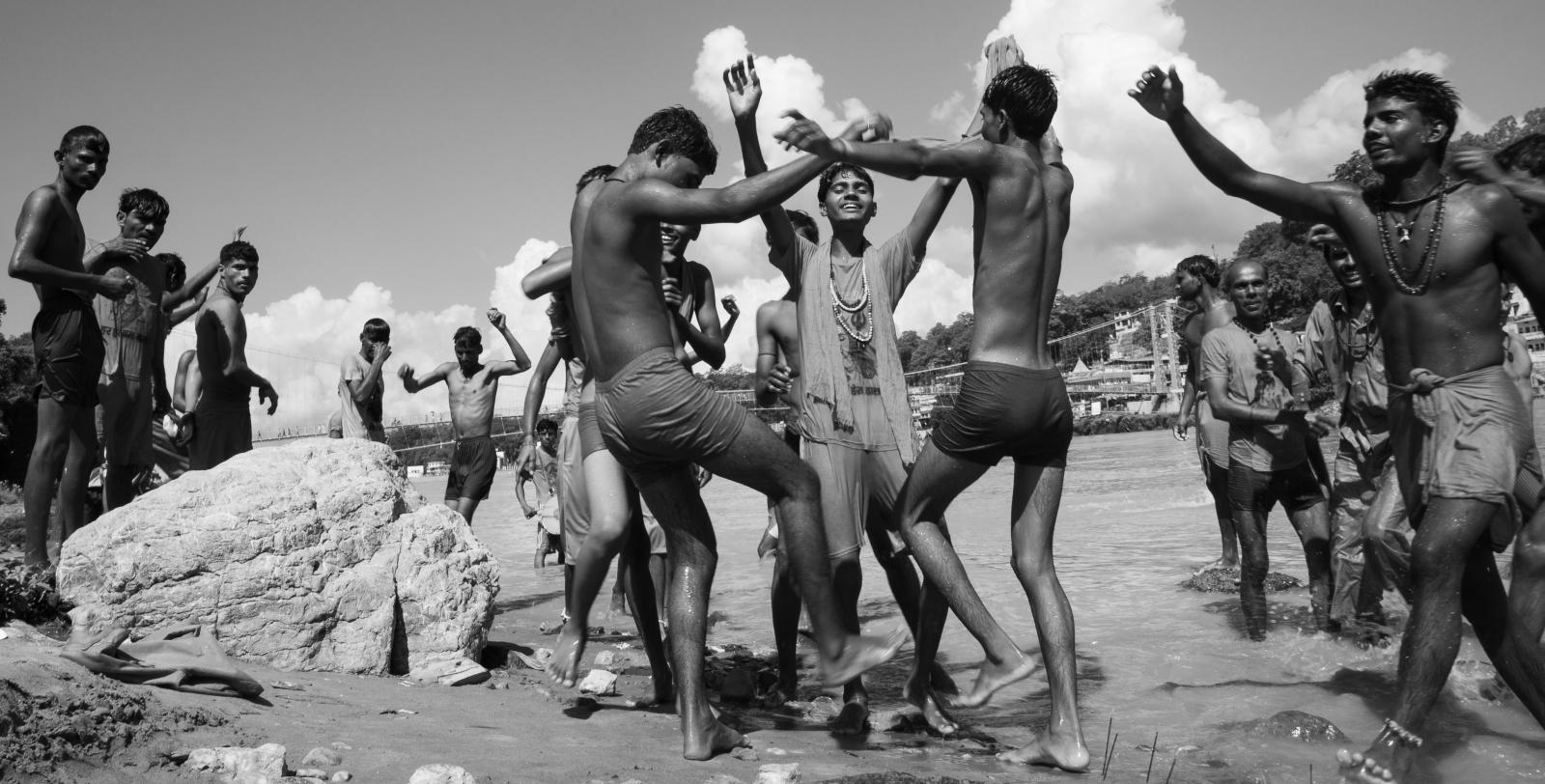 1 of 14 © 2022 April Fonti
I HAVE been in Rishikesh for a month when a firefly flickers into my little blue room. By this time, so many strange and beautiful things have occurred that it takes a moment to see how remarkable this is.

The windows have no glass and the room is in an ashram at the base of the Indian Himalayas.

The garden overlooks Ram Jula, a little river hamlet clustered on the banks of the Ganges. Every night the sound of pilgrims chanting rises and filters into the garden. They gather to light hundreds of candles and pray before an enormous statue of Shiva, the Hindu god of destruction. 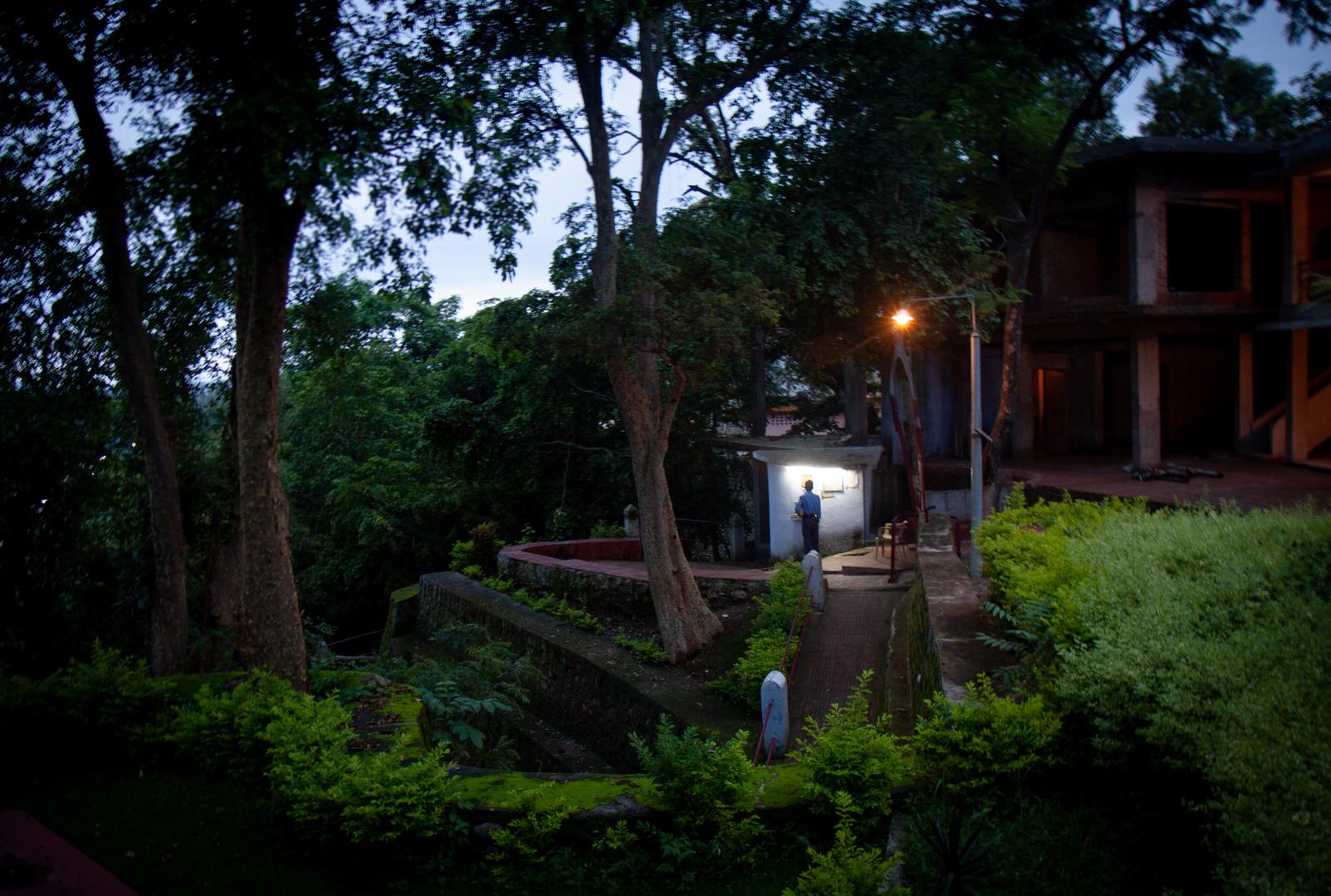 2 of 14 © 2022 April Fonti
I was planning to stay here a few weeks before heading off to a big city to study the Hindi language, but it is so agreeable I decide to find a local teacher. What I expect are a few blissful weeks of yoga and a basic understanding of grammar. What I don't anticipate are the relationships I will find in this magical little community.

My teacher works out of a crumbling stone building covered by a tangle of vines. In a canary-yellow room dominated by a huge white shrine, we sit cross-legged opposite each other. His name is Tilak and he teaches me words within the context of little stories or jokes. As he sits chuckling and talking, a parade of children, dogs, goats, cows and a sleepy man in nothing but white underpants passes by the open door. 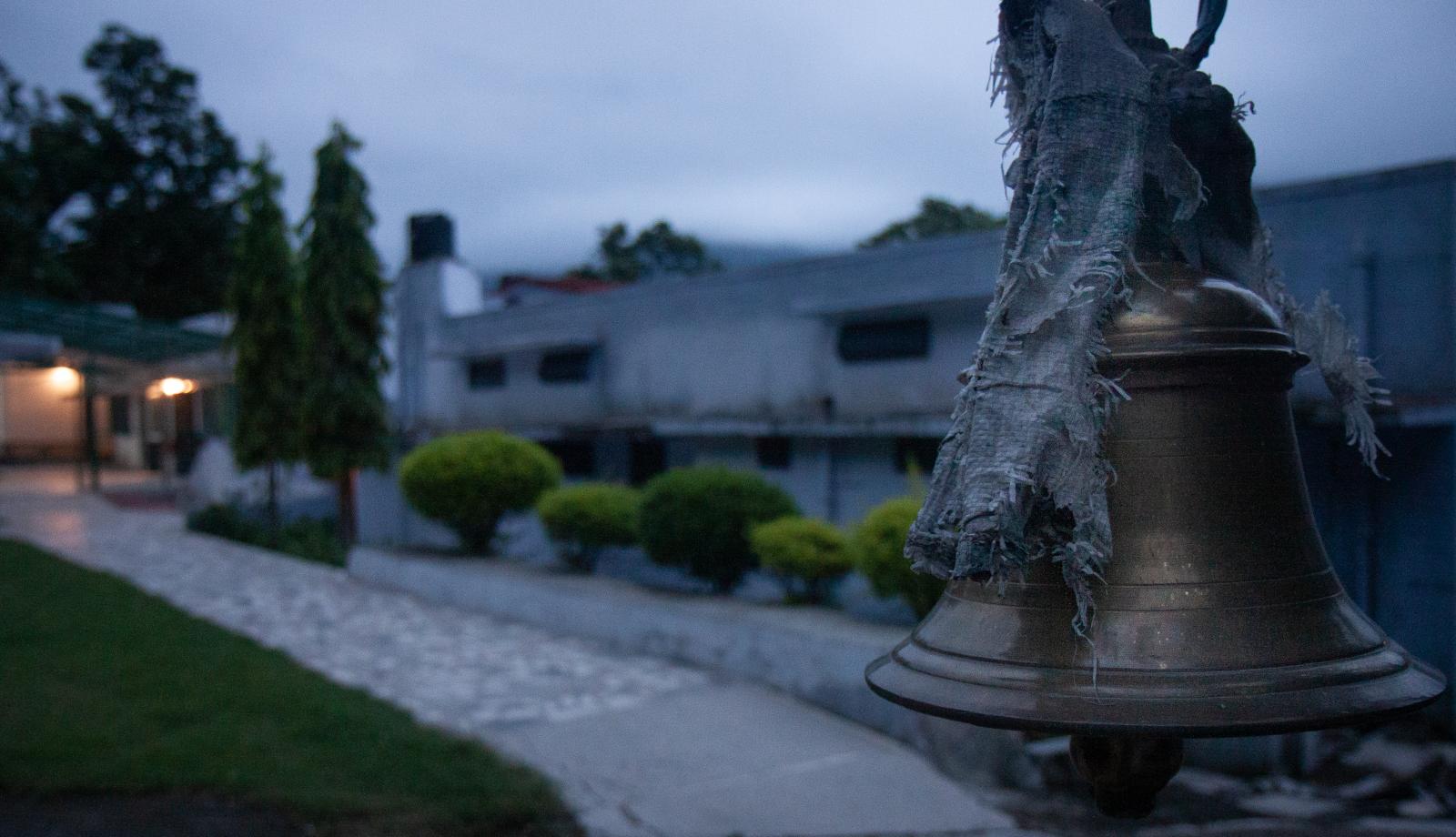 3 of 14 © 2022 April Fonti
After classes, I meet pilgrims as I walk through the river hamlet. The path is dusty, lined with verdant foliage and phosphorescent moss. The air is so hot that both hot and cold taps dribble water as warm as blood.

Everyone grins warmly when I speak Hindi: the gangs of young boys in orange, the holy men resting on stone seats cracked with age and the boisterous village women who wear brilliant crimson.

Most evenings, I sit on a low white wall and practise Hindi with the ashram staff.

I get to know the ashram's young gardener, who wears studded flares, walks around with a music player pressed to his ear and occasionally breaks into Bollywood dance. Then I meet Shanti the chef, Tajmer the smiling kitchenhand (who has very few teeth) and Pramod the accountant, who is a terrible liar. Pramod wants to teach me Hindi but his attention span is terrible and he's too mischievous. He teaches me useless words such as stapler or hole puncher, then tricks me into insulting the yoga teachers and manager. He quickly becomes my favourite. 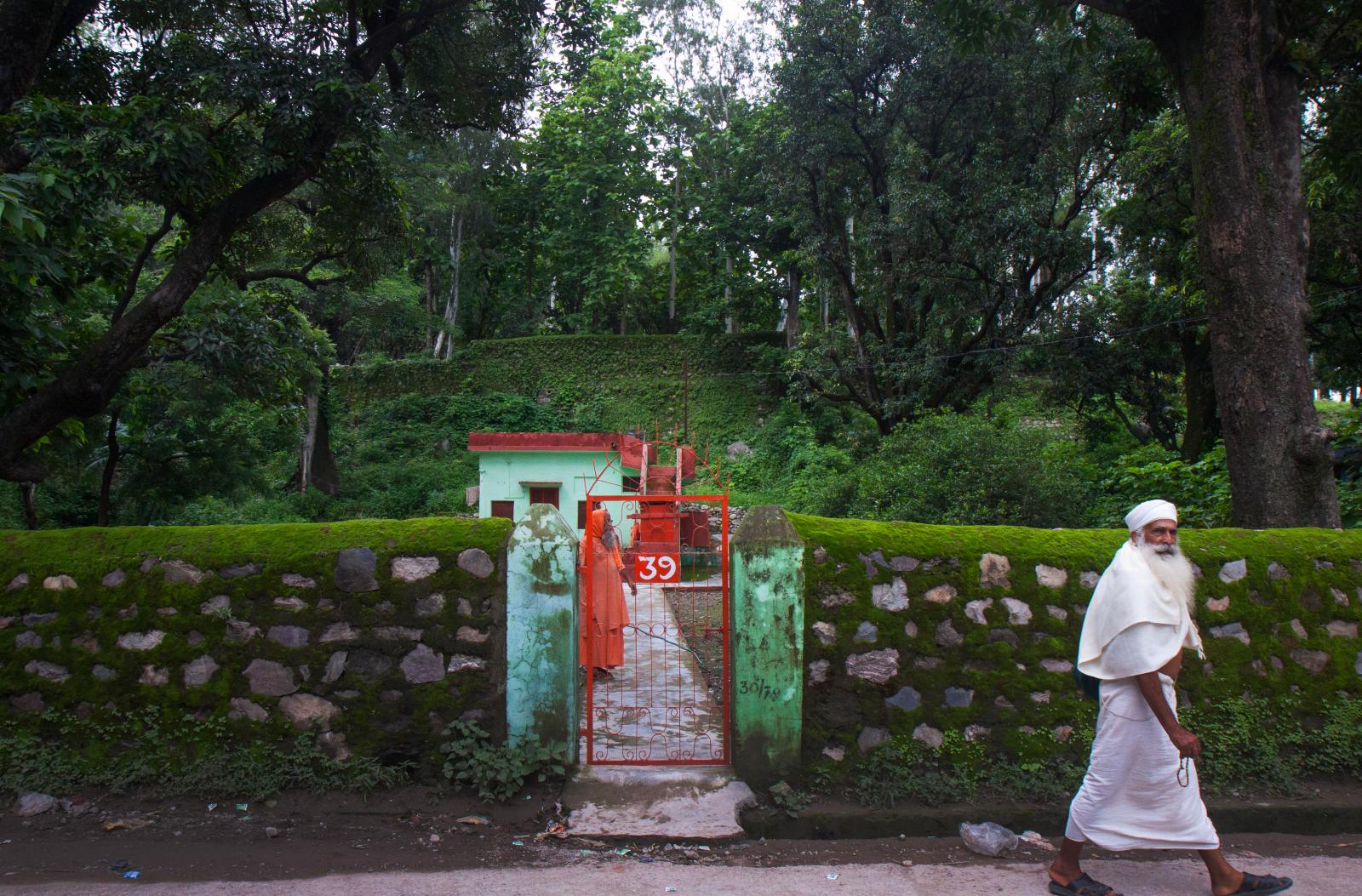 4 of 14 © 2022 April Fonti
After the first week of classes, I'm forming sentences but the pilgrims have gone and the monsoon season has begun.

Rain falls for hours every day and people buy hand-sewn ponchos; motorcyclists create huge splitting waves as they ride through the flooded streets calmly holding umbrellas above their heads. The power cuts out constantly and everyone is plunged into darkness until the roar of generators starts up. The Ganges rises to an alarming level but the locals continue to hold nightly fire ceremonies and offer blessings to the river that threatens to flood their town. 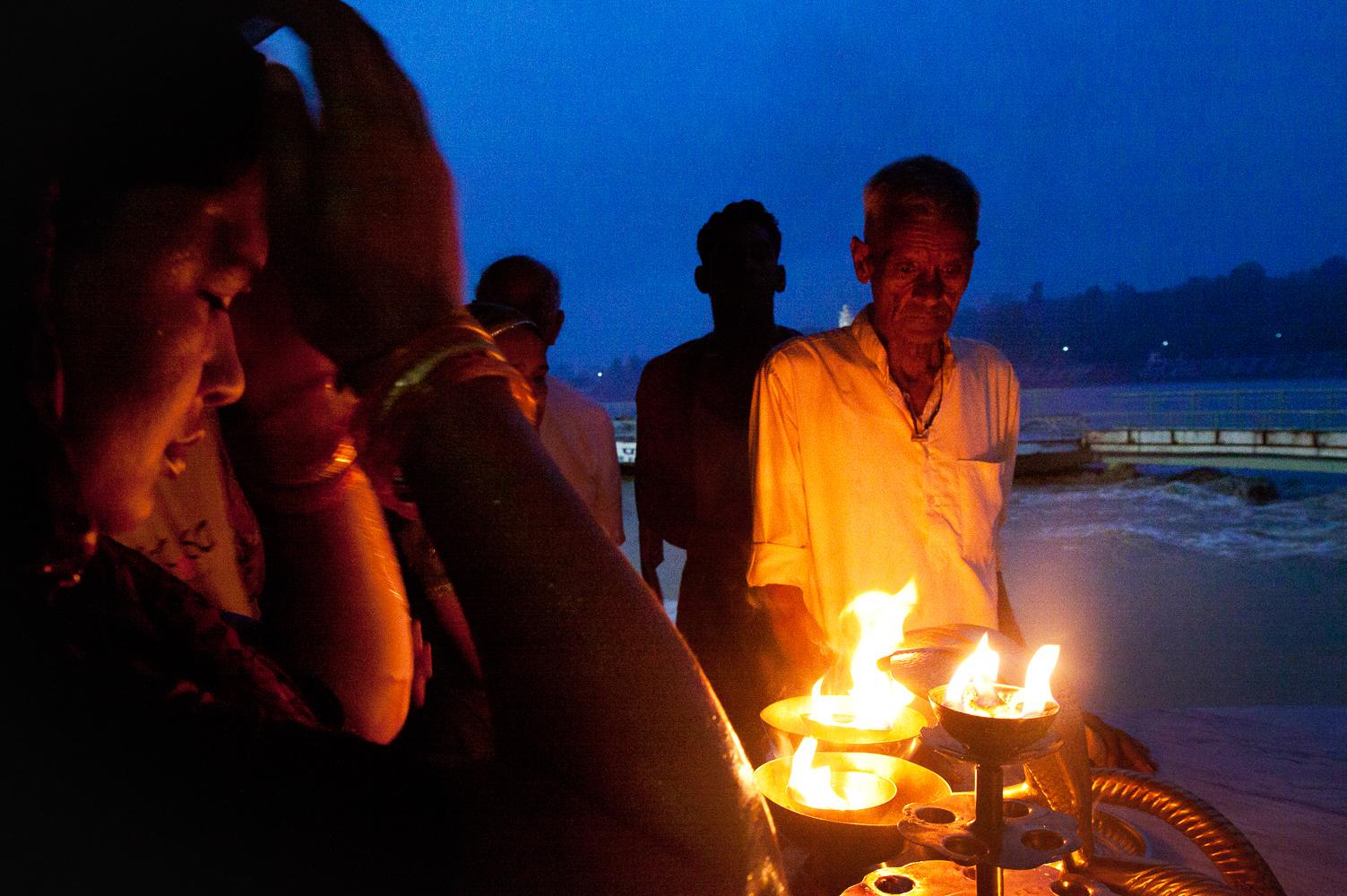 5 of 14 © 2022 April Fonti
On the day I learn to speak in the past and future tenses, I realise I'll be sad to leave Rishikesh. That night, after I've walked around the ashram informing (in Hindi) the yoga teacher that his shirt is blue and the gardener that he's holding a broom, Pramod asks me to sit with him.

He tells me Rakhi Purnima, a festival celebrating the relationship between brothers and sisters, is approaching. Then he asks me to become his honorary sister; he says he will stop flirting with me. A few days later he brings crimson thread and we tie it around each other's wrists. Then we simultaneously feed each other sweets, put dots of red ochre on each other's forehead and I accept a gift of 10 rupees before we have a chaste hug. Tajmer the kitchenhand has also asked me to become his sister. But he doesn't come with sweets and I'm not sure of protocol. He gets angry and stops speaking to me. 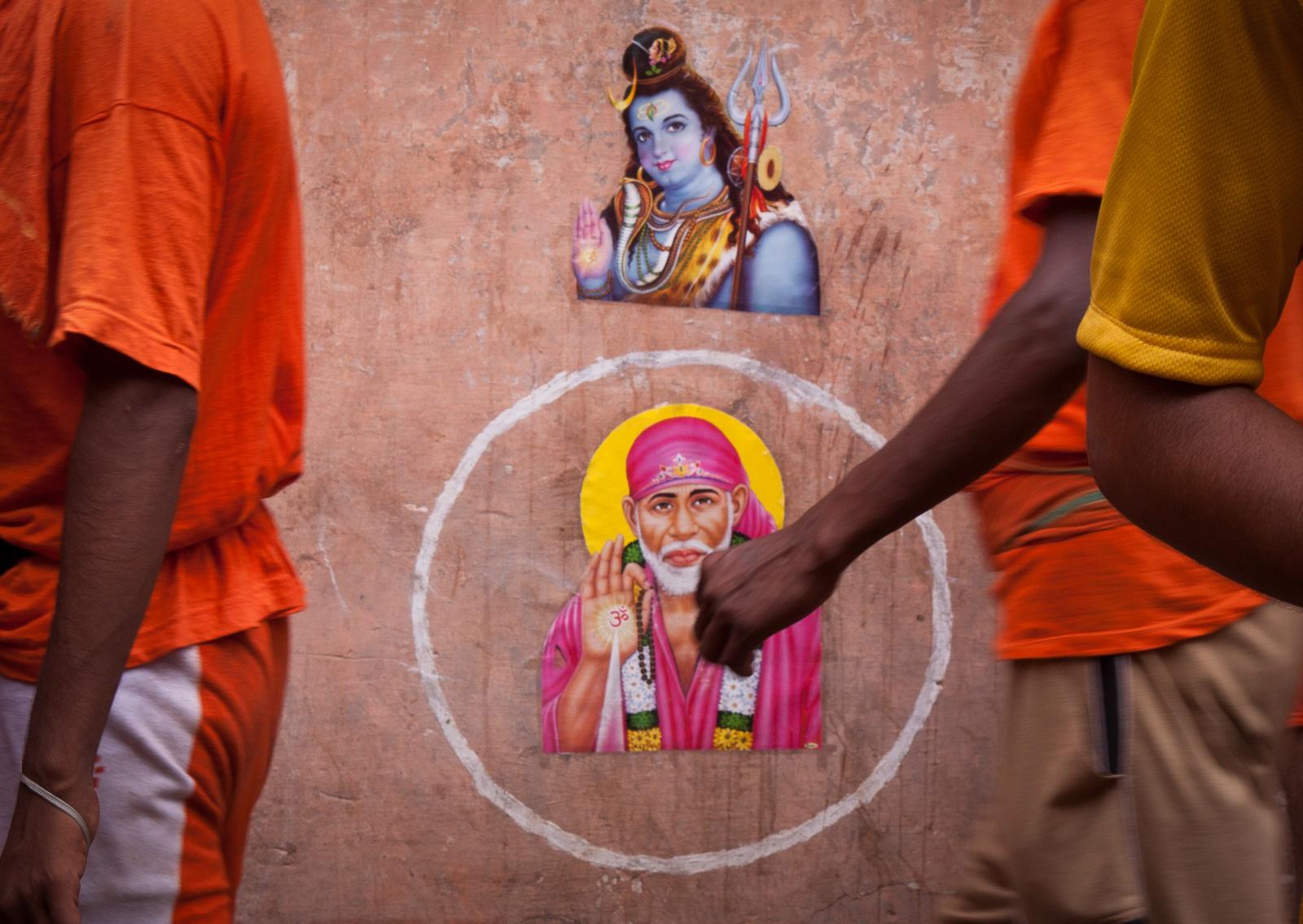 6 of 14 © 2022 April Fonti
Hindi classes continue in the yellow room, now seeping with rain, but I wonder if I'm learning more from my friends at the ashram.

Tilak's stories tend to meander. Learning the word for dog becomes a discussion on the spiritual state of animals. Straining to pronounce a difficult word results in a lecture on yoga asanas for relieving stress. Sometimes an entire hour passes without mentioning Hindi at all, but he is always entertaining.

One day Tilak teaches me the colloquial words for lowly occupations. After I memorise the words for garbage man and suchlike, he giggles and puts a cross beside the ones that should only be used behind people's backs.

But I do learn to ask for smaller food portions in Hindi, which makes Shanti grin and give me twice as much. Pramod invites me to go out with him and other staff, so we eat at a restaurant crammed with pictures of Hindu gods. The teachers wear shirts with geometric designs buttoned tightly to the collar and make shy conversation. 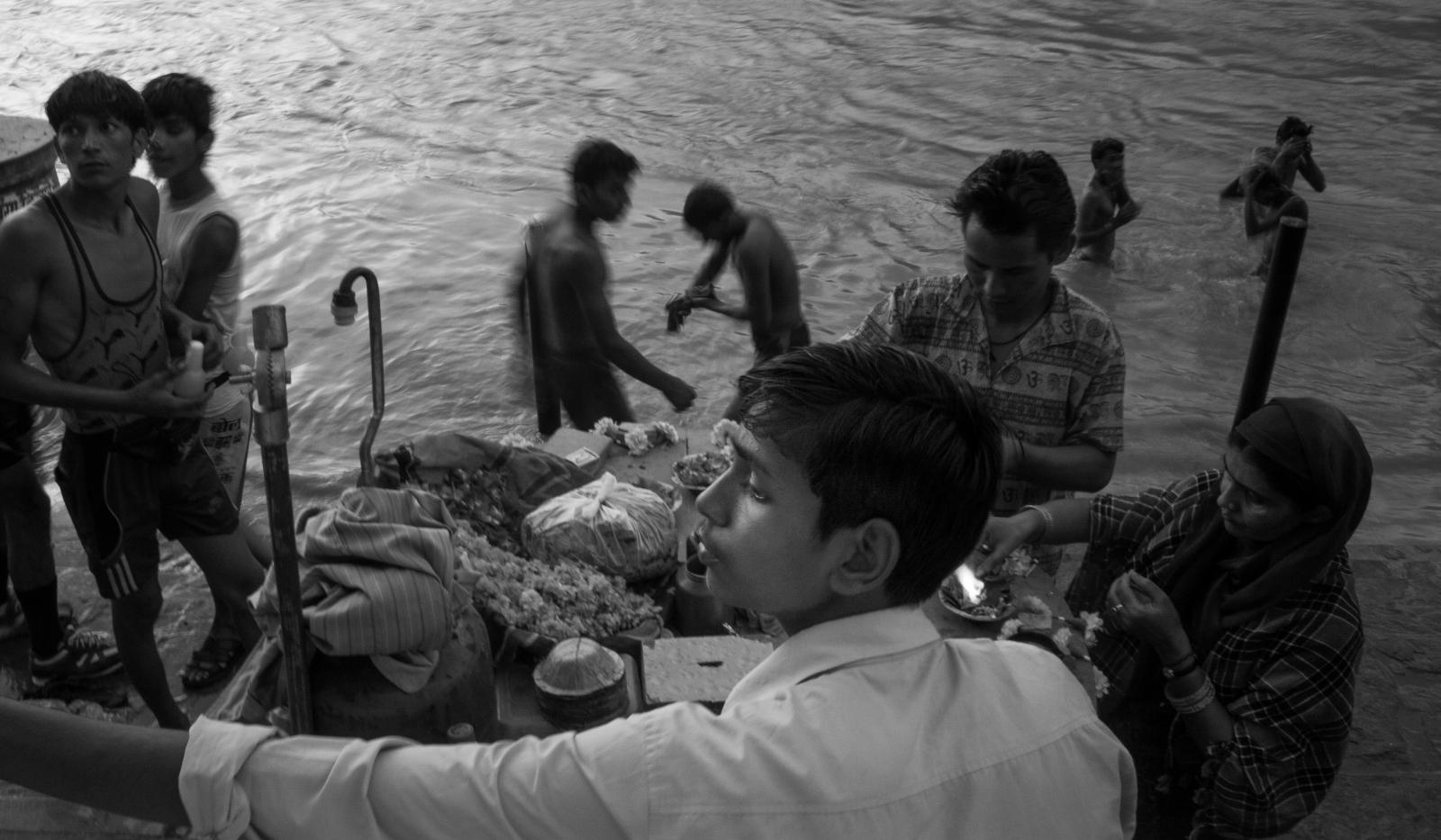 7 of 14 © 2022 April Fonti
The weeks pass, it continues to rain and the river is still rising. Then one night, I have a burst of understanding Hindi and sit talking with Shanti the chef all night. He tells me with great sincerity that my eye infection can be cured by waking at 4am and laughing at a mountain. I look at the lovely lightness in his eyes and begin to wonder at the differences between our worlds.

That weekend, Rishikesh experiences its highest rainfall in 142 years. Thunderstorms make boulders break loose, dislodging retaining walls and creating spontaneous waterfalls on the road. The power is out and will not return for days.

The river has risen so ferociously that the enormous statue of Shiva has been washed away.  The gardener's house is destroyed and someone sees a baby elephant being washed away.

It's still dark when I lock my room and meet Shanti, who has insisted on waking early to help carry my bags to the front gate. Tajmer gives me apples for the journey. Pramod and I cry as we say goodbye.
Close

Public Story
Flickers of Understanding
Copyright April Fonti 2022
Date of Work Mar 2011 - Mar 2011
Updated Nov 2019
Topics Black and White, Documentary, Hinduism, Photography, Travel
I HAVE been in Rishikesh for a month when a firefly flickers into my little blue room.

By this time, so many strange and beautiful things have occurred that it takes a moment to see how remarkable this is.

The windows have no glass and the room is in an ashram at the base of the Indian Himalayas. In the garden, monkeys clamber and shake fat droplets of monsoon rain from the trees. Dotted about is a series of white cube-like buildings and a couple of halls where I practise yoga, meditate and fall in love with a simple Ayurvedic diet of rice, dal and vegetables.