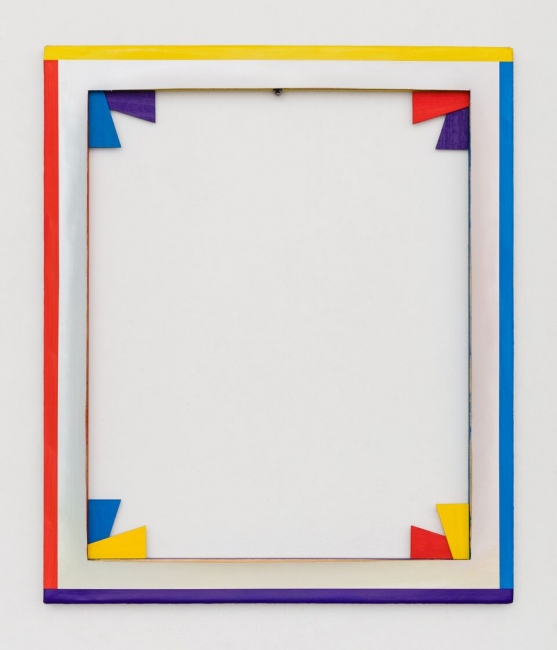 Events News
Active Beige
foley gallery
Dec 22, 2017
I want to be excited about art again…
Sometimes the works that are never seen, are the ones closest to the maker. These objects are vulnerable and human, often less marketable, and speak to something that is more experiential. These objects ask the question; where and how is curiosity ignited?
Foley Gallery is pleased to present Active Beige, a group exhibition curated by Lauren Seiden, featuring work by Abdolreza Aminlari, Adam Henry, Kenny Curwood, Kristen Jensen and Suzanne Song.
Every single piece Seiden selected/included in this show are works that are underexposed and have not yet been exhibited. Each piece operates as pure manifestations of the artist's abstract mind, their practice, complexities, struggles and triumphs within the studio.  The works of Active Beige pursue a collective challenge to the current functionality of the gallery space. Pushing past the distributed network awaiting the show documentation online, this exhibition encourages a pause. In exchange for immediacy and dissemination, the works request deliberation and dialog as they bridge the flattened space between the studio and the gallery wall.
In an age where so much of our visual culture tells us what to think and do, it is refreshing to experience art that makes manipulation the subject and asks us rethink our positions.
Each artist’s contribution to the show challenges us to leave behind preconceived notions of space and rethink the connection of mind to environment. These works have their own pace, they reveal themselves over time and in increments. Art sets the stage for such an experience, inviting us to develop our vision and expand our perception. Active Beige is an opportunity to re-calibrate artists and viewers conception of time and attention while fostering a more intimate relationship with the viewer. In doing so, the exhibition opens up the potential for all parties to reconnect and rethink our positions in and to the world.
Active Beige is on view from January 12th through February 18th 2018. Foley Gallery is open Wednesday through Saturday, 11 - 6pm and Sunday from 12-5pm. To request images; please contact the gallery at info@foleygallery.com.
For these photographs, Abdolreza Aminlari uses a smartphone to capture the shifting patterns of light and shadow on his windowsill, documenting how the passage of time plays out across his bedroom. At first glance the images seem void of color, but upon closer examination slight hues of blues and yellows begin to emerge giving further evidence to the changing light.
Adam Henry’s shapes and atmosphere create visual conundrums that feel as if they go in and out of focus. It is in this liminal space that the viewer is asked to open their thinking and consider that in painting the logical and illogical are often one and the same. Henry has expressed that logic is contextual and in our current time it is often at odds with reality.
Kenny Curwood engages in spatial, temporal, and psychological misrepresentation while delivering a hand-crafted object, which often undermines its own “success.” Optically ambiguous, these sculptural works engage in the manipulation of space between the internal and external world.
Kristen Jensen creates ceramic forms as containers of emotional and psychological complexity that address personal history through cultural objects. Soft sculptures literally and metaphorically support these ceramic objects, exhibiting the physical weight of the object that they hold, they do so with significant effort and distortion to the originally intended form. As a result this fraught formal relationship is imbued with metaphorical meaning, culminating in works that are equal parts poetic and pathetic.
Suzanne Song’s paintings present spatial configurations that challenge our perception. Song uses a pared-down vocabulary of colors and repeating forms to create a series of paintings that assert their presence as both objects and illusions. In each of these works Song emphasizes the materiality of the paintings, exposing and employing the wooden panel or canvas support to create a powerful optical experience that speaks to the illusionistic potential of painting.
Lauren Seiden Exhibition Curator


Lauren Seiden (born 1981. Lives in New York City) received her B.A. in Painting and Drawing from Bennington College in Vermont. Her recent exhibitions include The Times at FLAG Art Foundation in NYC, Yesterday So Fast at Denny Gallery in New York City, Action+Object+Exchange at ‪the Drawing Center in New York City, The Mattatuck Museum, CT, Violet Burning Sunset, Curated by Todd Von Ammon, ORGANIX: Contemporary Art From The USA, at the Luciano Benetton Collection in Venice for the Venice Biennale. Seiden received the AOL and Chuck Close “25 for 25” Grant Award in 2010, in 2014 she was a recipient for ‪The Drawing Center's "Open Sessions" program, and in 2016 was a FID Prize finalist. She has been reviewed and featured in ArtForum, Modern Painters, The Brooklyn Rail, Art Fag City, New York Magazine, Time Out NY, and Blouin Artinfo.

By Foley Gallery — We invite photographers to join gallery owner Michael Foley for a 75-minute portfolio review and career..
Sep 20, 2017

By Foley Gallery — Foley Gallery is excited to announce the selections for our upcoming group exhibition  “Analog v...
Aug 11, 2017

By Foley Gallery — We invite photographers to join gallery owner Michael Foley for a 90 minute portfolio review and career..
May 19, 2017

By Foley Gallery — Foley Gallery together with The Proposition are pleased to present Blood Orange , a solo exhibition of..
Jan 27, 2017