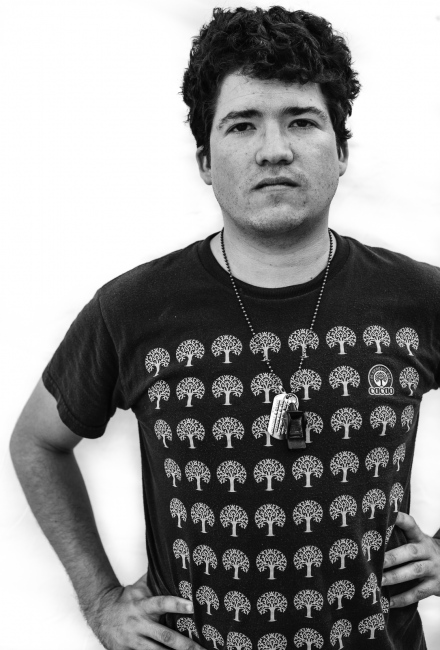 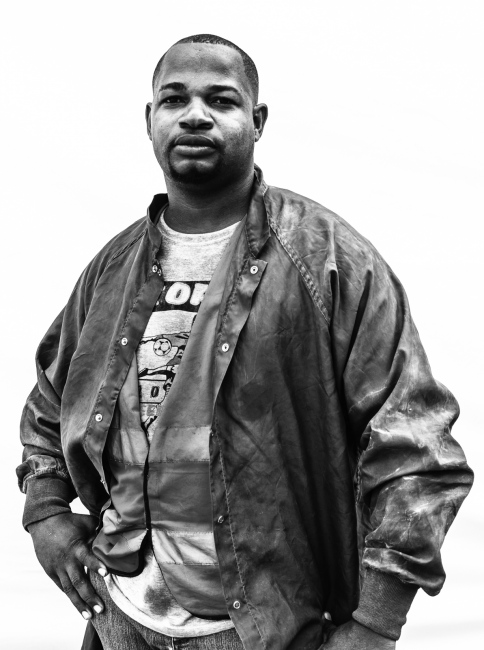 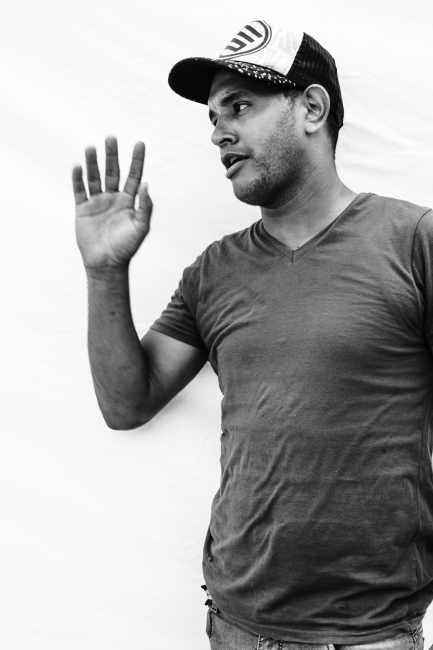 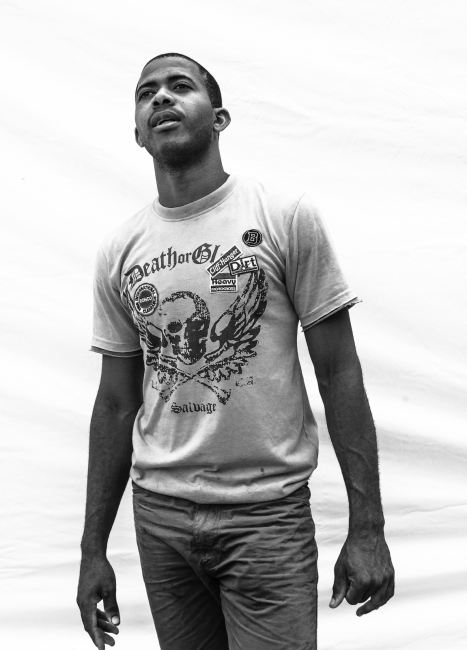 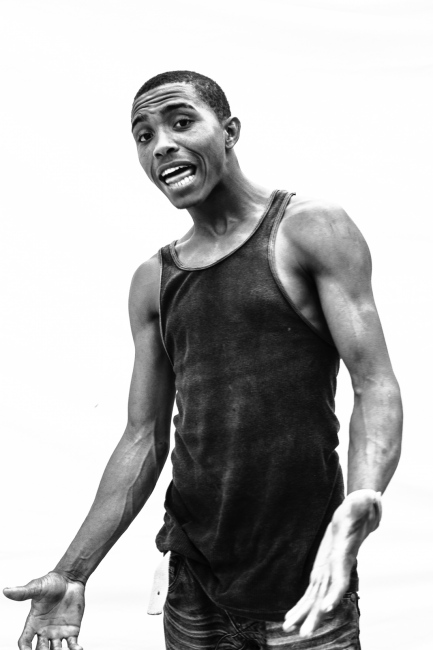 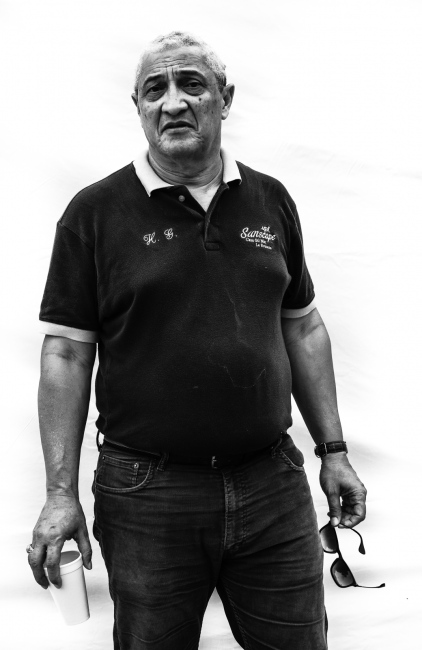 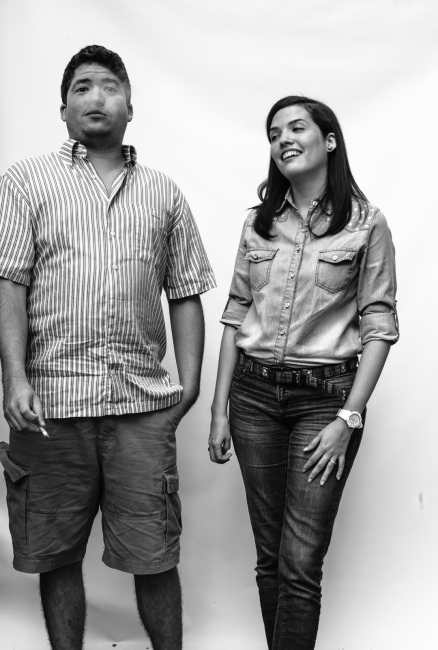 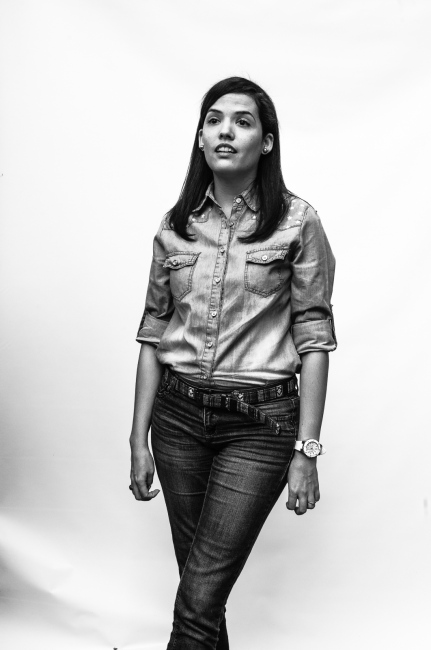 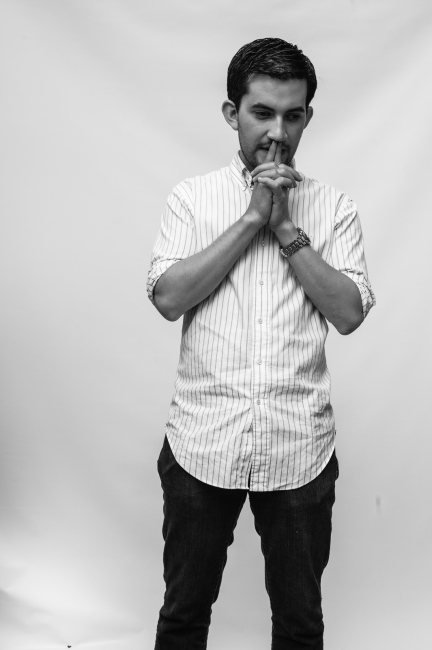 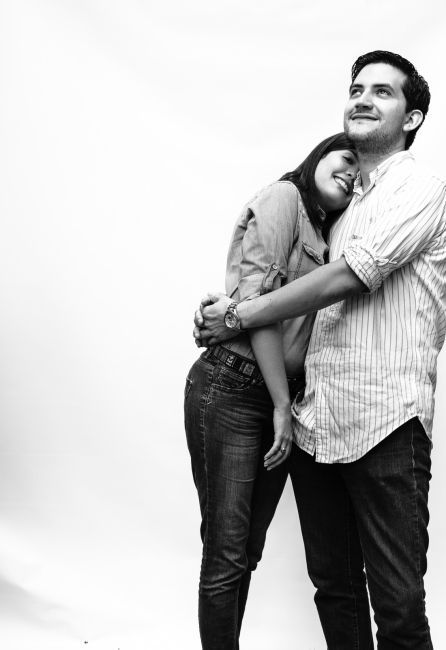 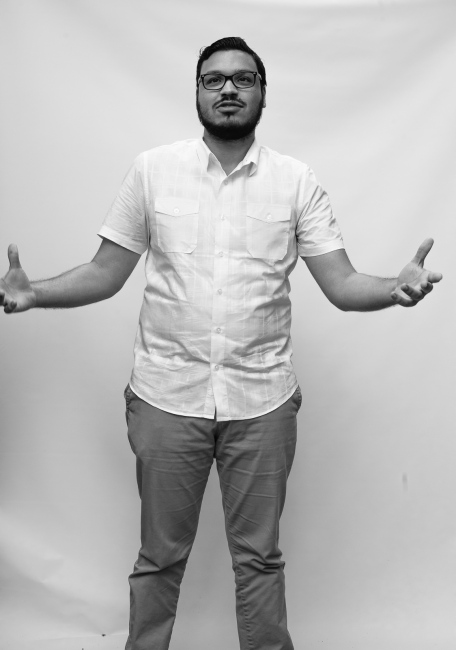 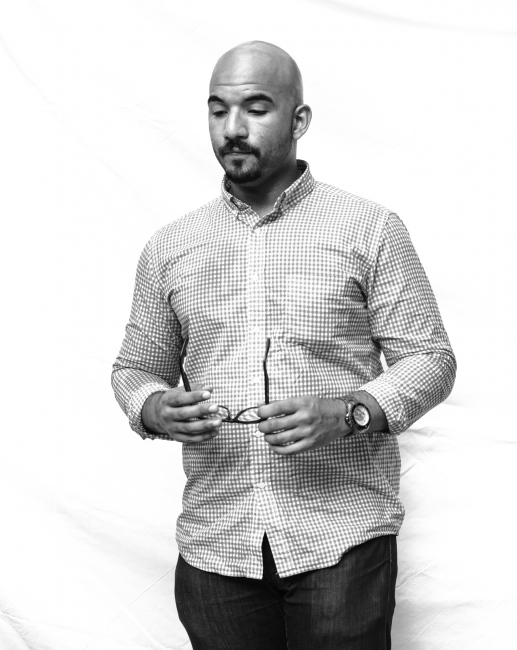 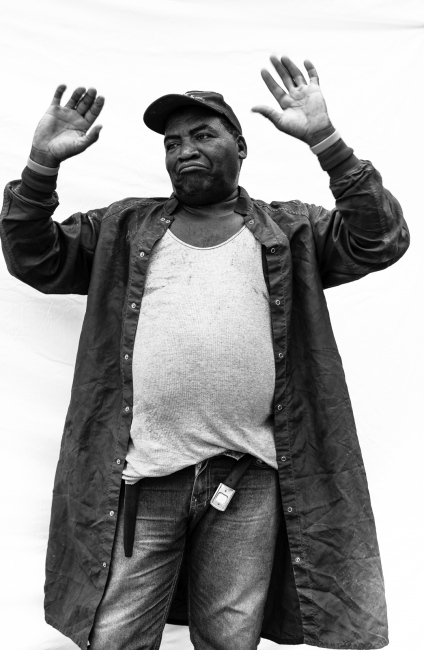 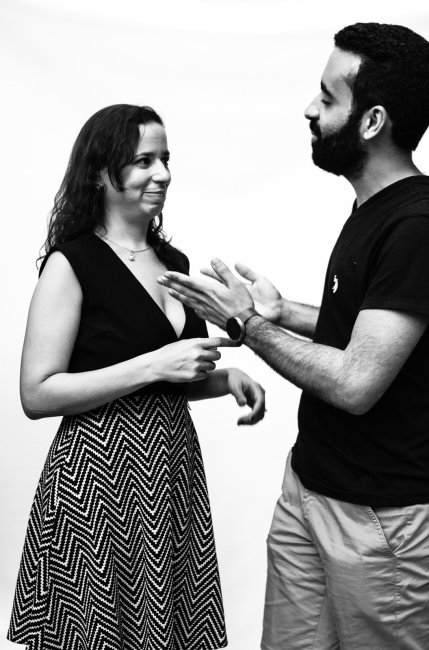 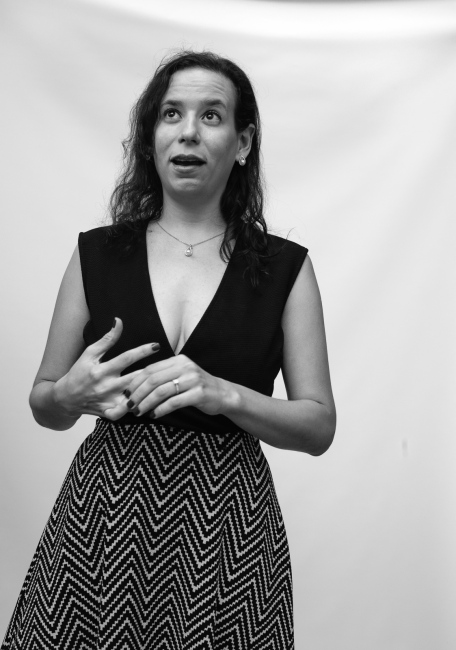 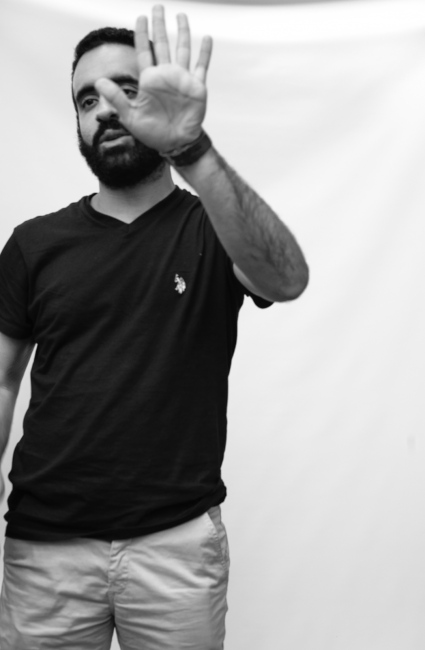 Us, is a portrait of Dominicans, done in different locations in the island, where there was an influx of different ethnic group, thru its history.  The idea is to portrait the differences on us.  Done with a minimum common denominator: a white background, open shade, camera on a tripod with a fix 50mm lens, I engage with the subjects, in the same way that Richard Avedon did In the American West.  The project should take around 4 months to accomplish.

Us is a portrait project done in different locations of Dominican Republic (DR); is a continuation and deepening of a project I did before in the border of Dominican Republic and Haiti call El Otro (The  (The Other, it is a Blue Sky Gallery’s book done for the celebration of its 40 anniversary). The Other is portraits of migrant’s worker in the banana plantations of DR, the whole idea was to give a face to what we call the other, the migrant worker that it is not recognize as part of the society, but it is a crucial cog on the gears of production, and show it to the society at large.  Furthermore, it was done also –but with different images- to provide id pictures to the migrant and help them in their legal status within the country; all was done pro bono.  With Us, I want to do something similar but with the Dominican community at large.  Given that we are a mix of different ethnic groups, there is no one single phenotype of Dominican.

To emphasis the subject, the photographic approach it is based on what Richard Avedon did in his work In the American West:  I am working with a digital camera on a tripod, with the same lens, against a white background on open shade.  “The Studio” is setup in different place, sometimes a sand quarry, other in a house, but always with the same regard for the settings. The camera is pre focus manually, and the basic parameters are also predefined (ISO, aperture, and shutter speed).  I have a release and engage with the subject and ask them question.  When I think that the subject has reveal part of himself, I snap the shutter, later is a matter of editing.  The project is done also in black and white to avoid distraction regarding the clothing of the persons.  In the case of more than two people, I try to photograph them separated, and them as a group, the conversation, and them it is base on subjects  relevant to them as a couple.

I am planning to visit the following location of DR, because of the influx of different ethnic groups during the island history: Constanza, because of the Japanese; Samana peninsula, Afro descent people from the English speaking Caribbean; Puerto Plata, Italians and Jews; Santiago & Bani, Spaniards; Elias Piña, Haitians; Santo Domingo, Chinese.

I expect to do the project in the summer, over a period of 4 months

Within Dominican photography and news the theme of racism it is portrait as a black and white issue, inherited from the colonial past, but there no acknowledge of shades between both or the diversity created by the mixture of different ethnic groups

Base on my previous experience of showing The Other here, (I have an exhibition of 16 x 20 inches images) which I loan to NGOs, schools or cultural institutions.  I was able to start a dialog, in the best of cases, others I have images attacked by the public, holes where made or scratches to it.  As result, I think is necessary to question the issues of diversity and phenotype within our country and to show it to the world in general.

By pedro farias-nardi / Santo Domingo, Mercado Modelo — The concern for life…If one considers the photographer's camera a life trap… A device for ensnaring those..
May 8, 2017

By pedro farias-nardi / Los Mina, Santo Domingo Este, Dominican Republic — Let me introduce you too… Les presento a… This series of portraits are the result of the lingering power of..
May 24, 2015

El Otro (The Other)

By pedro farias-nardi / Guayubin, Dominican Republic — And, if the soul must know thyself, must gaze into the soul Plato, Alcibiades The Other In general terms,..
Jan 12, 2015