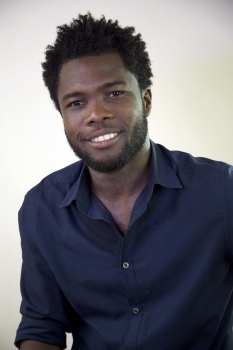 Photographer @ Kolektif 2D based in Port-au-Prince

BIOGRAPHY of  Estaïlove  ST-VAL Estaïlove ST-VAL was born in Port-au-Prince (Haiti) and raised in the town of Cul-de-Sac de la plaine. In 2001, he reached Port-au-Prince for his secondary cycle of studies at the... read on
estval.visura.co
About

Estaïlove ST-VAL was born in Port-au-Prince (Haiti) and raised in the town of Cul-de-Sac de la plaine.

In 2001, he reached Port-au-Prince for his secondary cycle of studies at the Lycée Alexandre Pétion. Then he spent a session at the University of Port-au-Prince, studying Computer Sciences.

Accustomed to take pictures since he is a teenager, he then leaves the computer sector and begins photography. He enters the Centre Photographique et Cinématographique (CEPEC) and keeps on shooting pictures for different kinds of events.


Then Estaïlove enters into several training workshops at the FOKAL (Fondation Connaissances et Liberté) on “Journalistic and Documentary Photography” with some well-known photographers like the Haitian Chery Dieu Nalio, or foreigners like Gaël Turine, Paolo Woods, Magdalena Herrera (who is the photo editor for GEO Magazine).

During those workshops, Estaïlove has been able to work on many subjects, among others “les métiers à Grand-Rue” which was the subject of a joint publication : a book called "GRAND RUE" which entered the “Livres en folie” festival in 2015. He also shot a serie on the manufacturing of clairin. His pictures were exposed in the show “Notre regard” in 2015.

Continuing to take pictures, Estaïlove got his photos published in the Haitian newspaper “Le Nouvelliste”. Now he is a member of a group of young photographers (Kolektif 2 Dimansyon) who are working on a bi-annual publication in collaboration with the FOKAL.

At the Cine Institute, the only film school in Haiti, Estaïlove has studied all aspects of filmmaking (script writing, directing, direction of photography, editing, sound engineering and comedy). He especially worked as a director of photography on a short, "Lavi nan Lespri " (12 min), a music video and a documentary, "Là-Bas" (15 min).