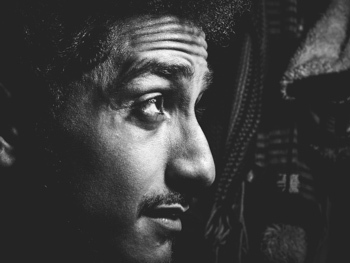 Photographer / Based in Bronx

Jonathan "Jay" Espinosa is an Afro-Nuyo-Dominican photographer, writer, and community organizer who was born in the Bronx, New York and was raised there by parents who immigrated from the Dominican Republic. He grew up with a... read on
Focus: Photographer, Photojournalist, Journalist, Writer, Researcher, Politics
Skills: Research, Photo Editing, Web Design, Photojournalism, Retouching, Web Development
jespinosa.visura.co
About

Jonathan "Jay" Espinosa is an Afro-Nuyo-Dominican photographer, writer, and community organizer who was born in the Bronx, New York and was raised there by parents who immigrated from the Dominican Republic. He grew up with a younger brother who, at the age of 10 months, was diagnosed with autism and other developmental disabilities. Jay realized that many immigrant families are not able to access this level of support.

In 2013, Jay became a first-generation college graduate with a Bachelor’s degree in Black Studies and Sociology from the State University of New York at New Paltz. He returned to the Bronx with a heightened sense of identity as a working-class Afro-Nuyo-Dominican, or a New Yorker of Dominican and African-descent. Since graduating, he has developed skills in community organizing, social work, youth mentorship, and leadership development, all of which influence his photographic work.

Jay's work focuses on how systemic injustice economically affects people from the Dominican Republic. He uses photography to document how disability, racism, poverty, and immigration affect Dominican people. His work is inspired by the humility, hospitality, pride, self-hatred, resiliency, diversity, activism, and internalized oppression of Dominican people. He is motivated by his unnamed ancestors who resisted systemic injustices since the arrival of European colonizers in the Americas. He is also inspired by his disabled brother, who taught Jay the importance of patience, sympathy, and human rights, values that he weaves into his photographic work.

Jay has collaborated with community advocacy organizations such as the Caribbean Cultural Center African Diaspora Institute, Community Action for Safe Apartments, Design the WE, Dyckman Farmhouse Museum, Asian Pacific Islander Caucus, and BronXchange. He has exhibited his work at several schools and art spaces, including the New School, BronxArtSpace, Barnard College, National Black Theater, Harlem School of the Arts, Heath Harlem Gallery, Museum of Impact, and Local Project Art Space. His work has been published by La Galería Magazine, GroundTruth, Rights4AllinDR.com, Haitian Times, and Fahari Libertad, among others.