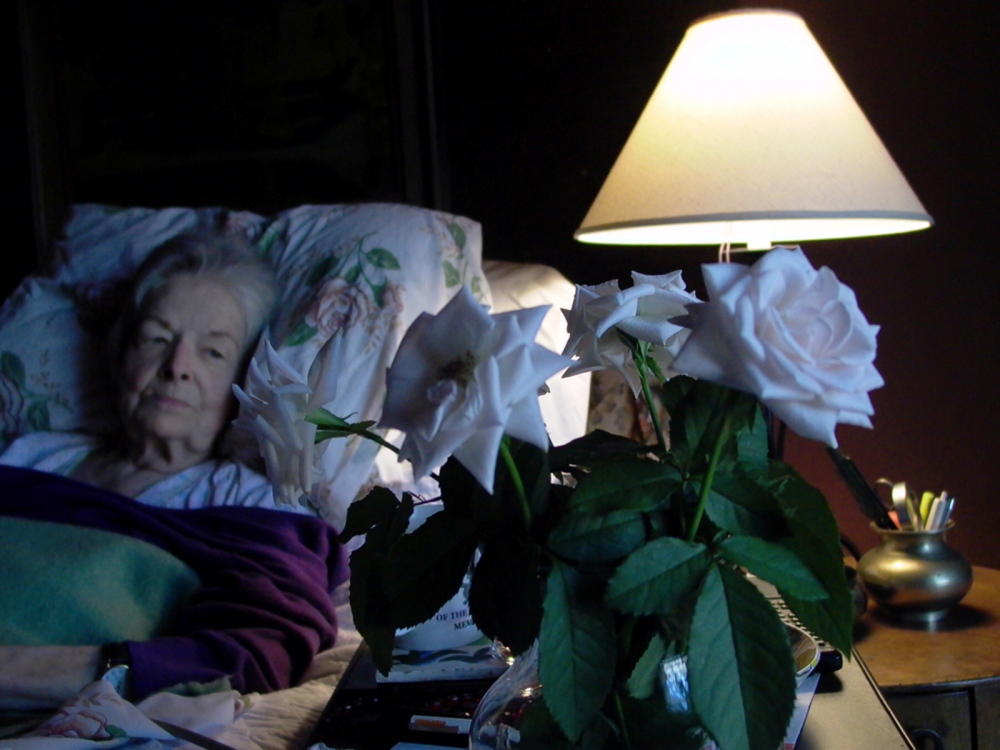 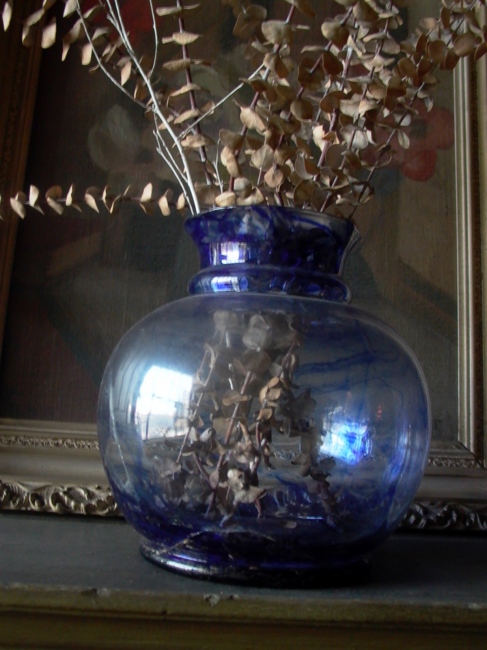 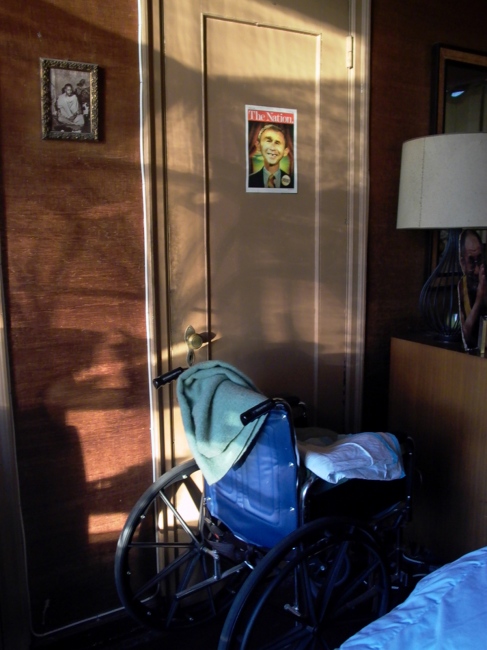 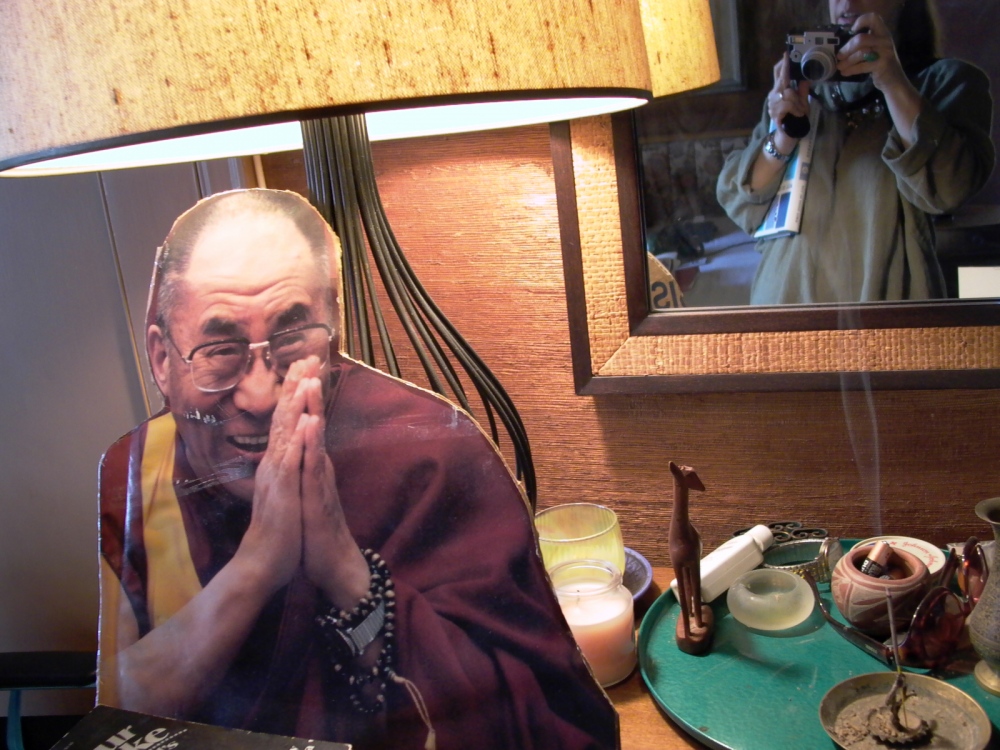 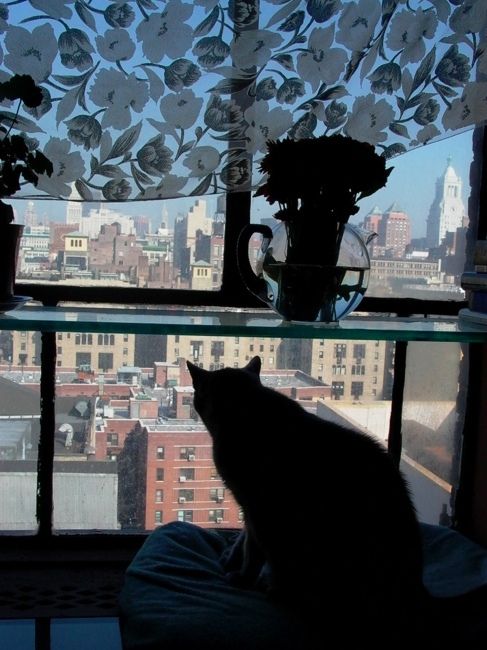 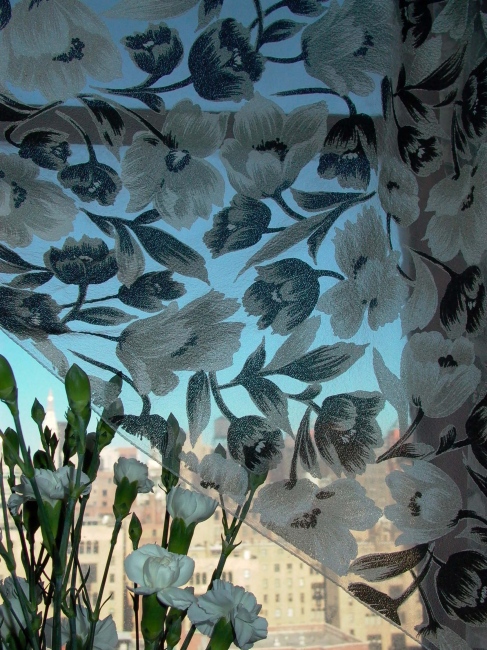 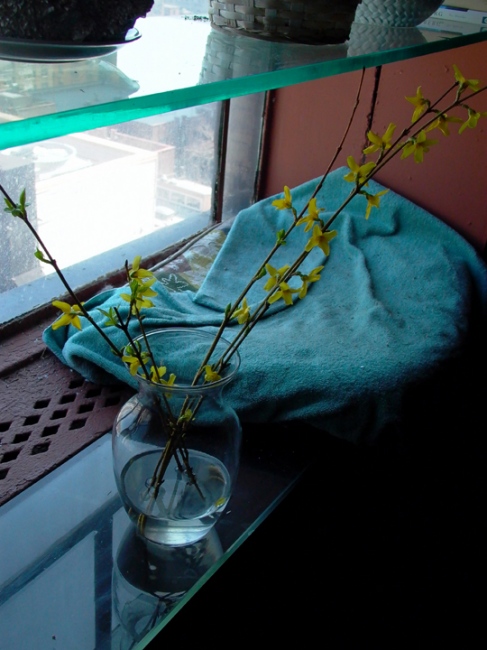 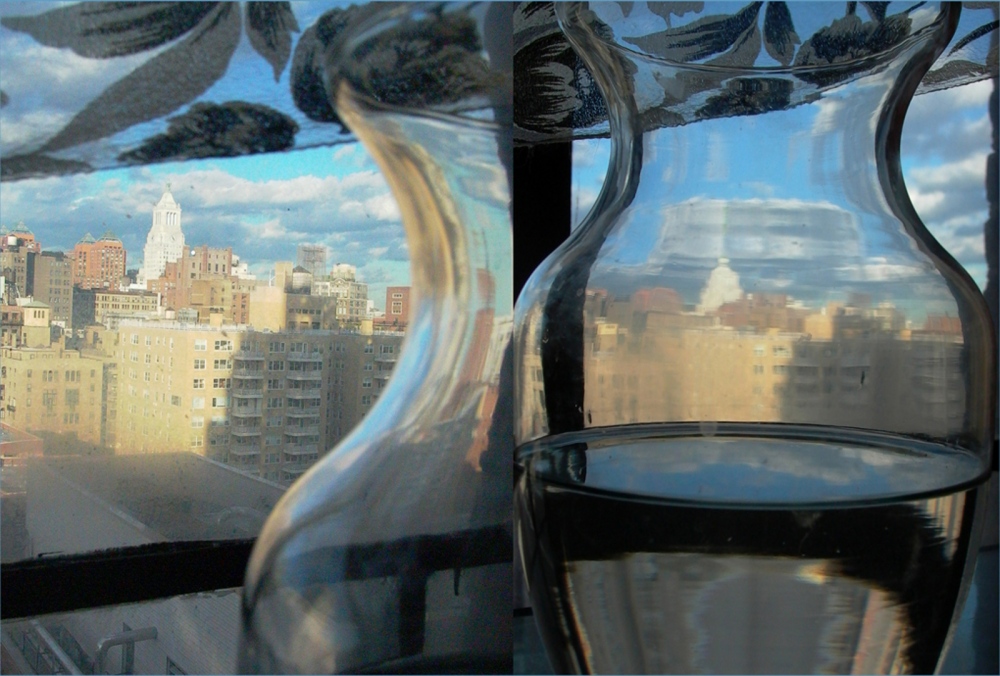 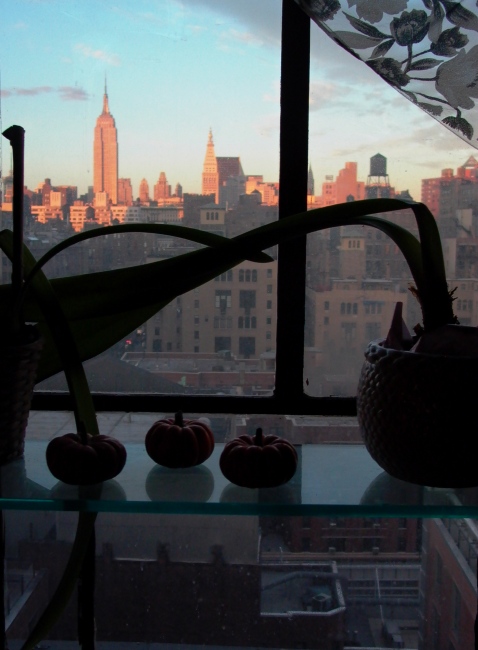 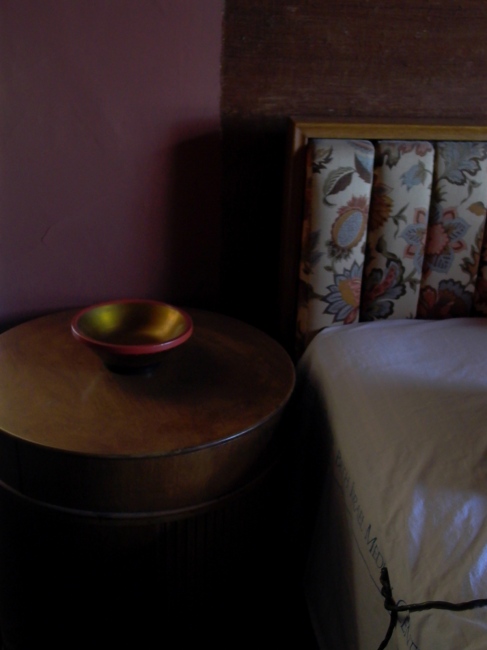 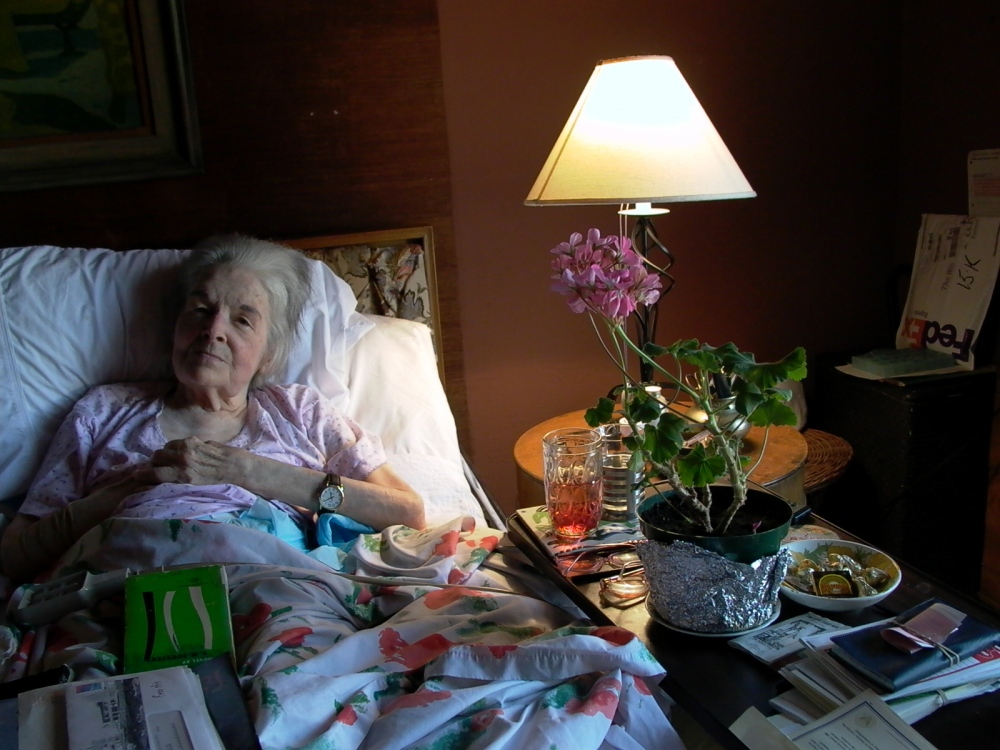 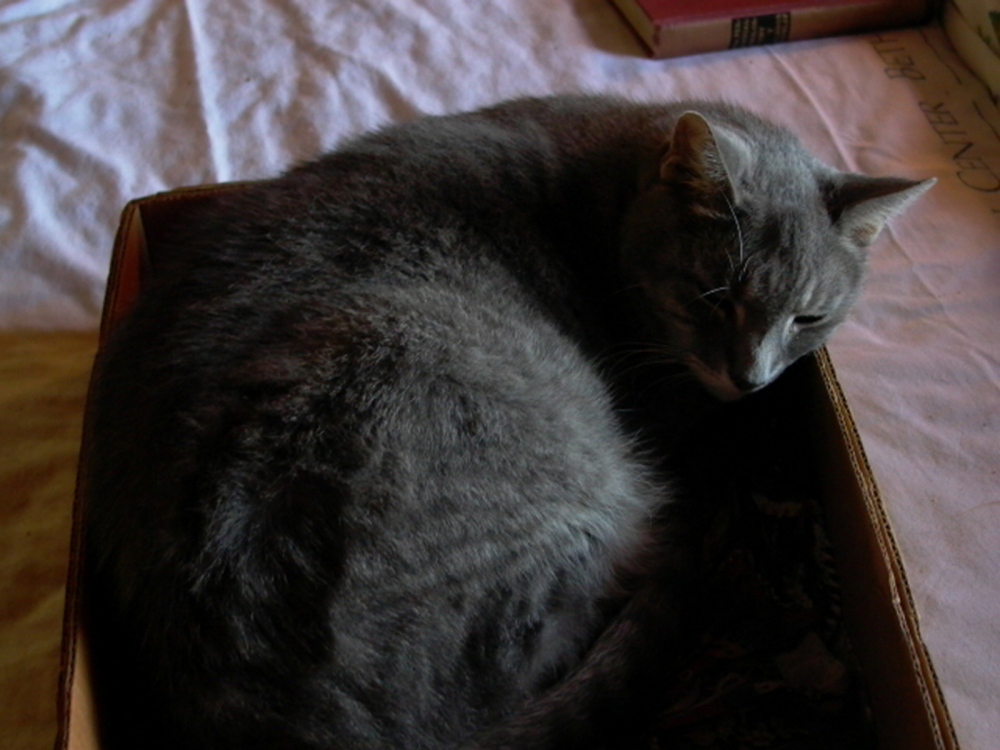 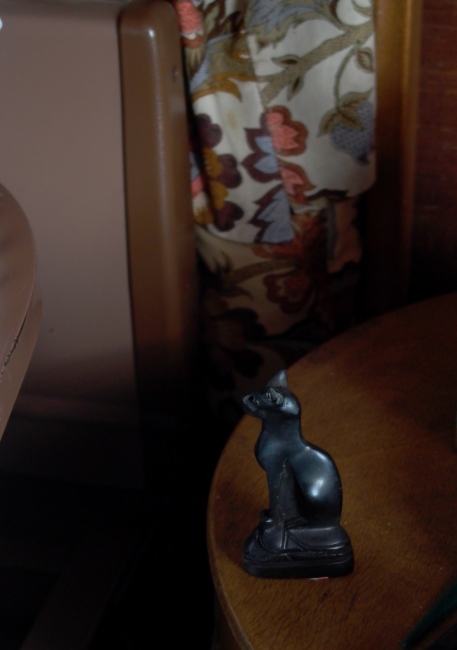 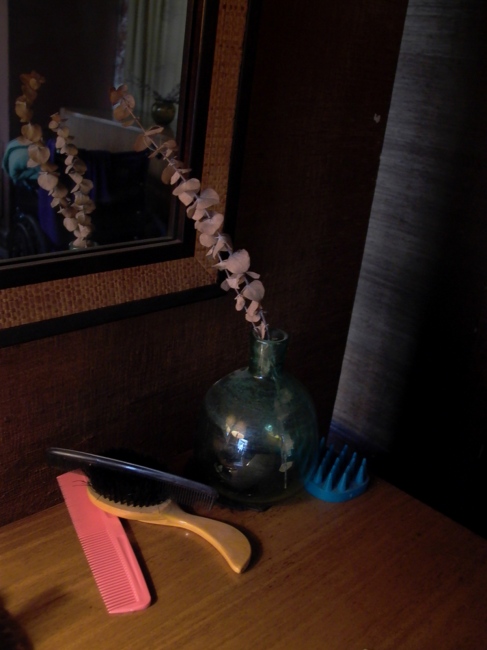 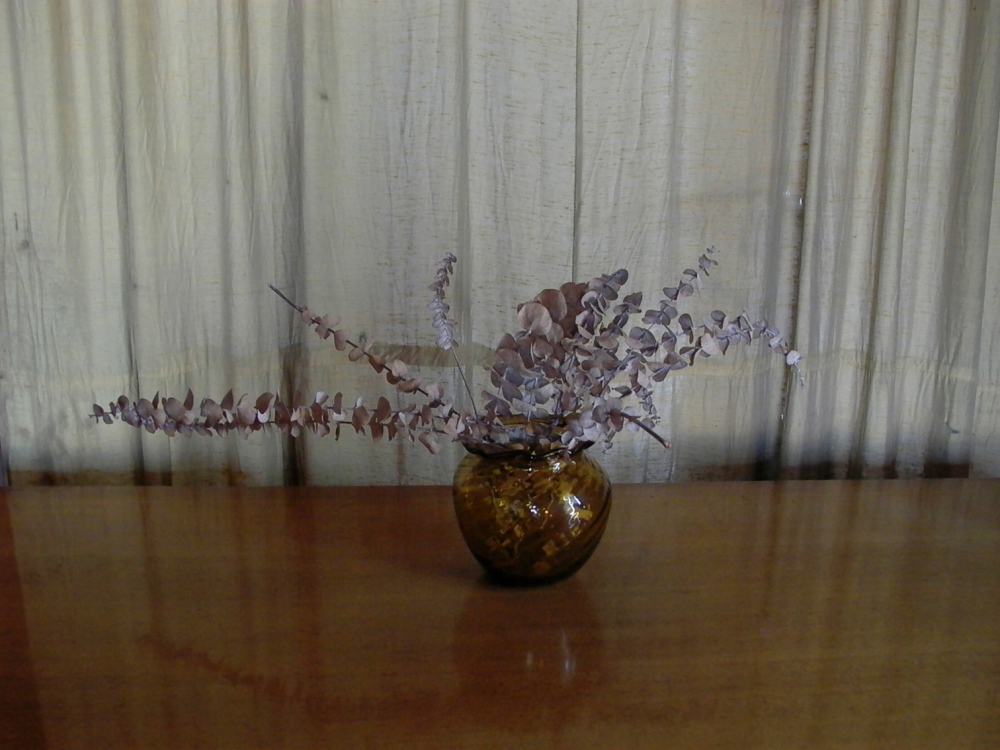 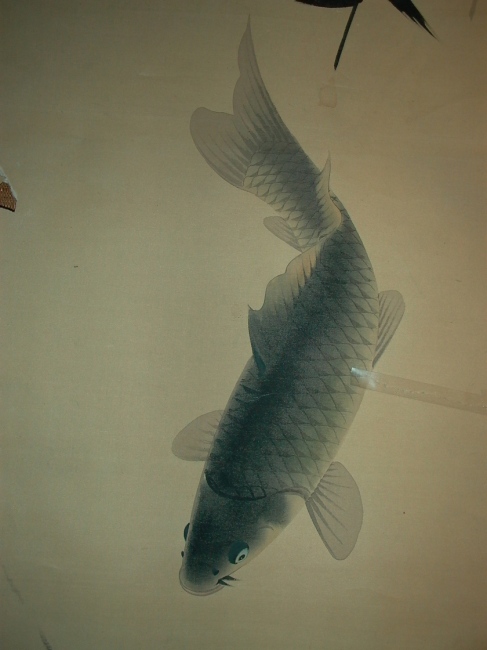 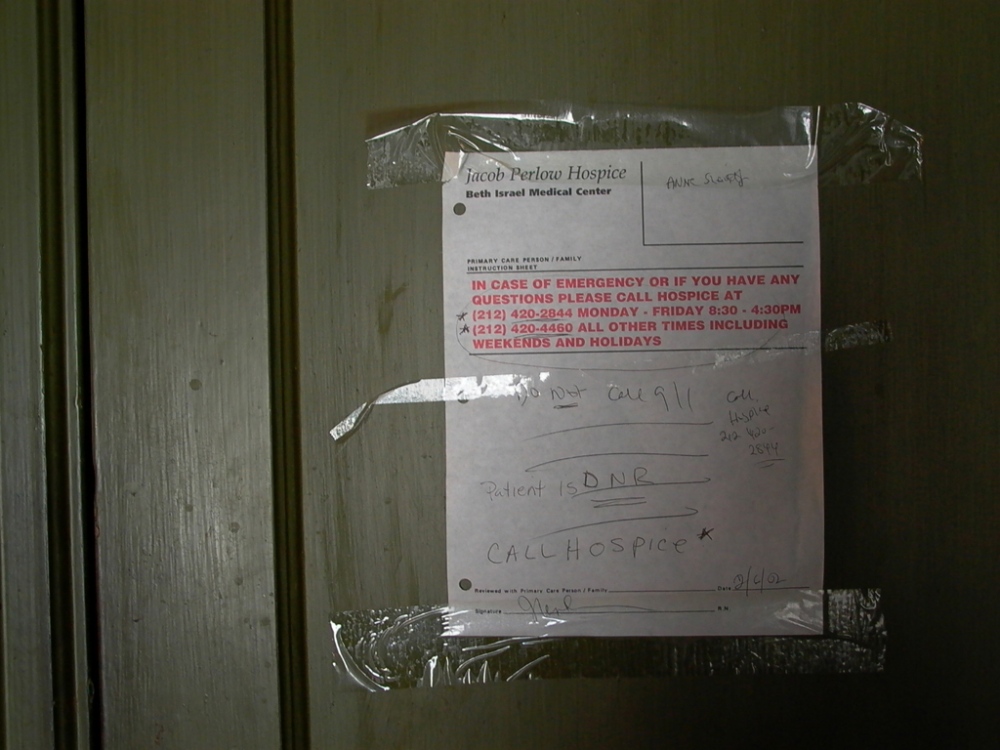 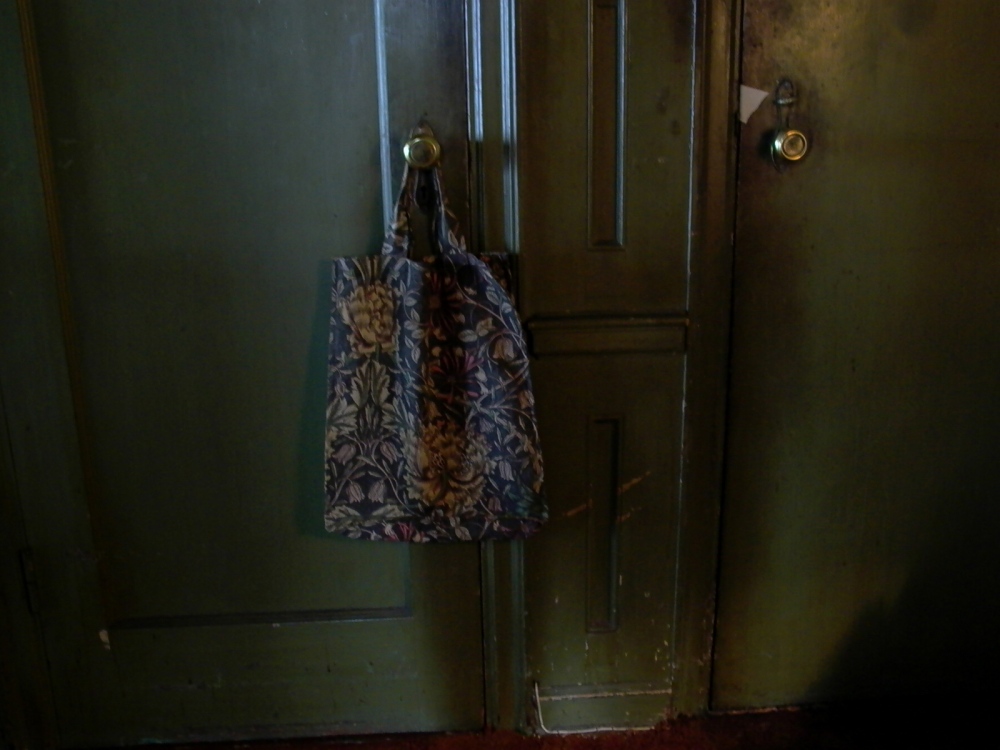 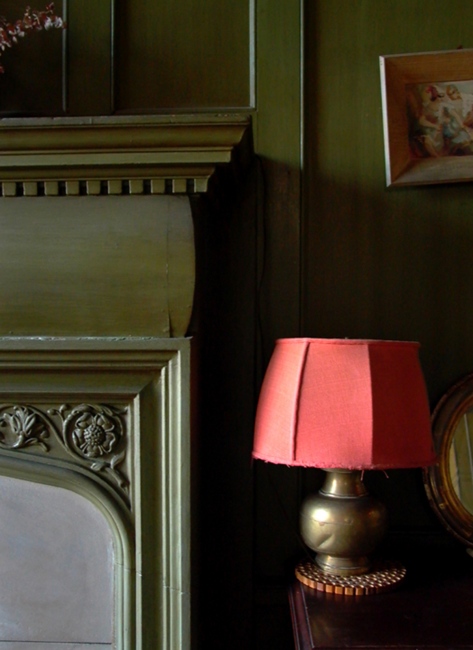 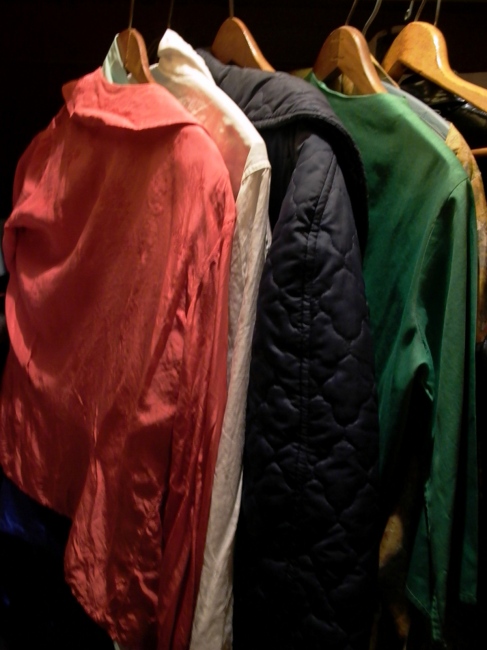 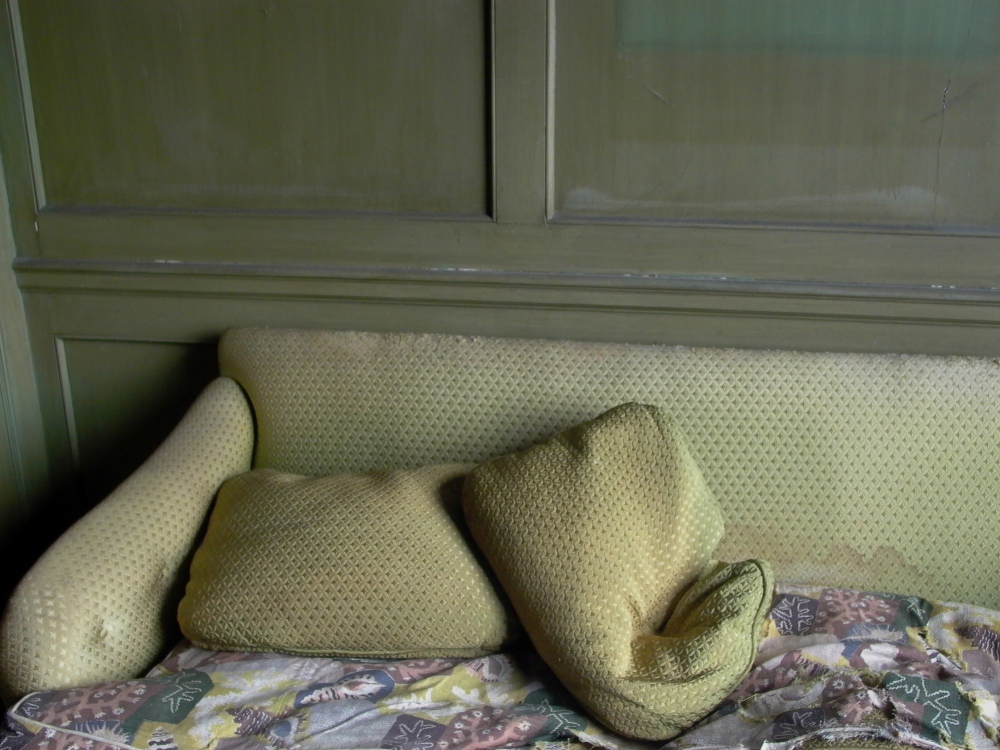 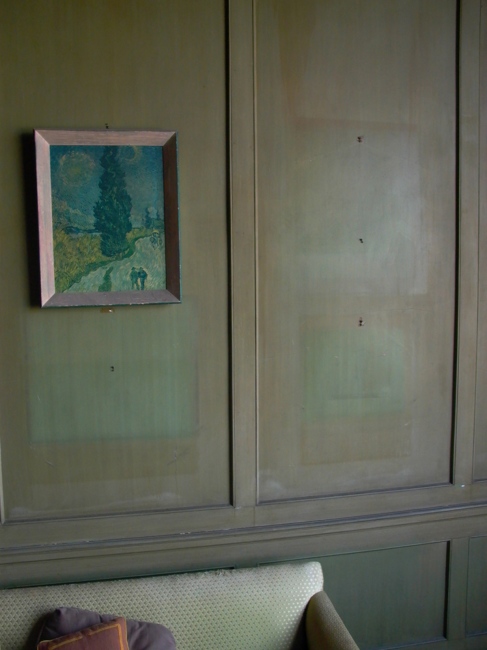 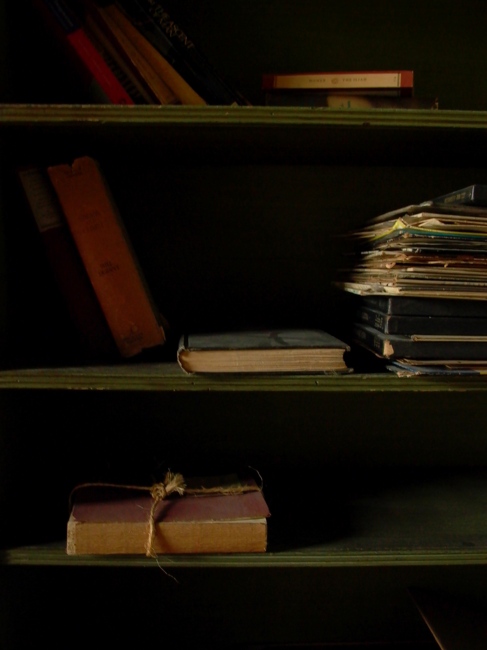 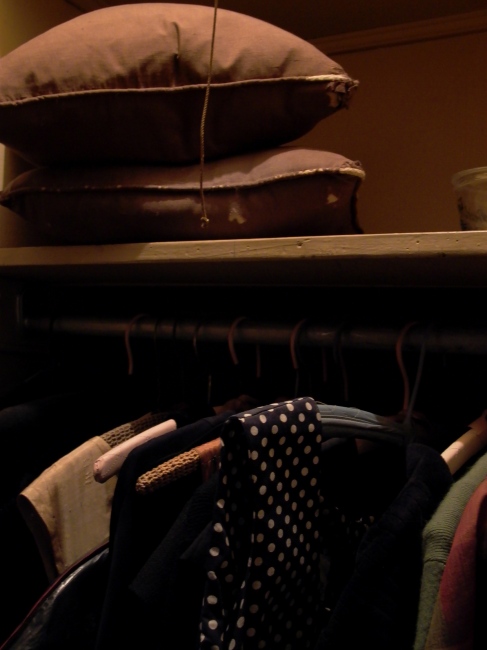 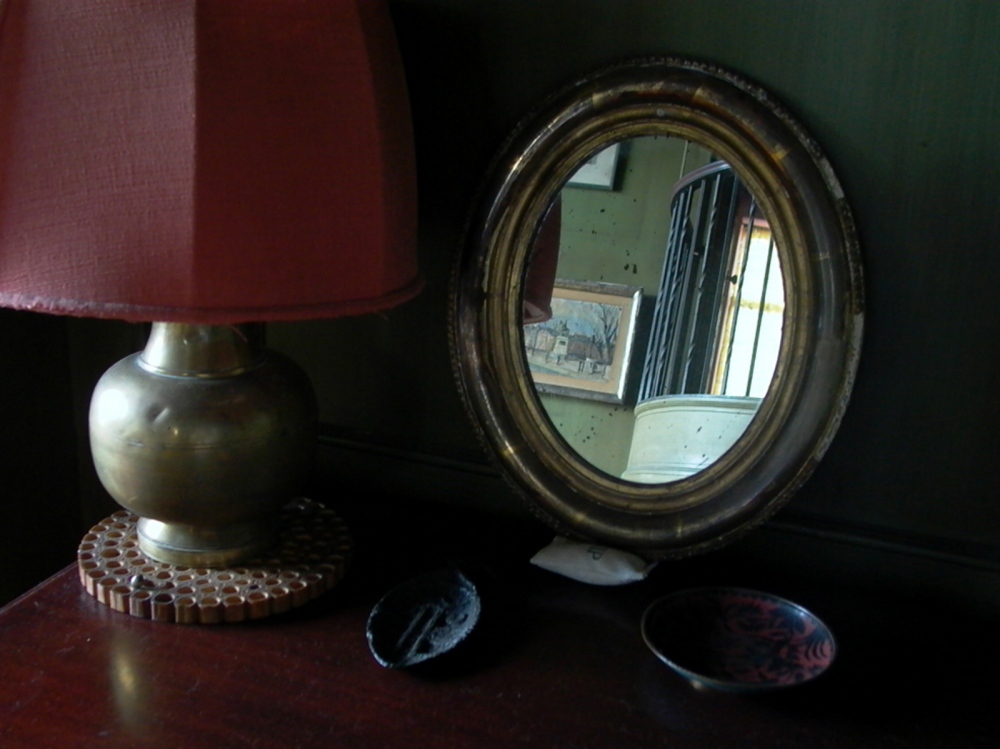 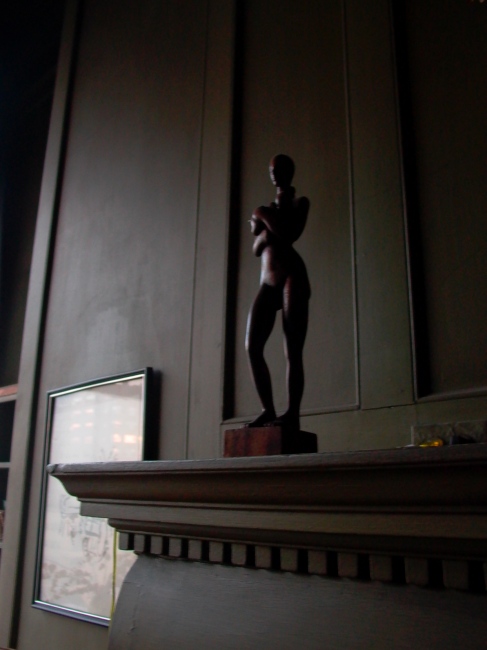 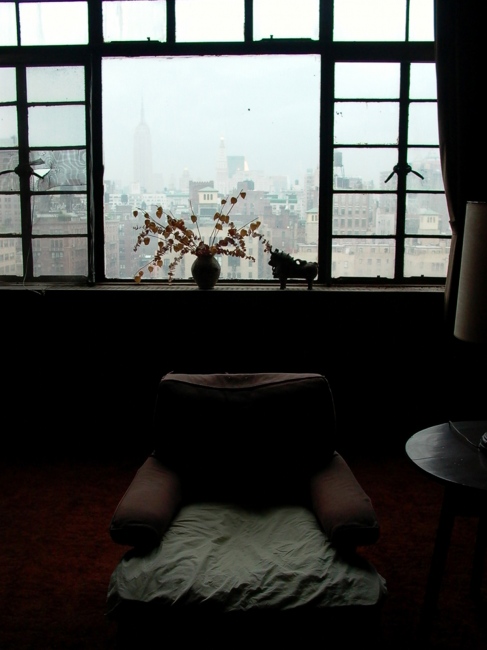 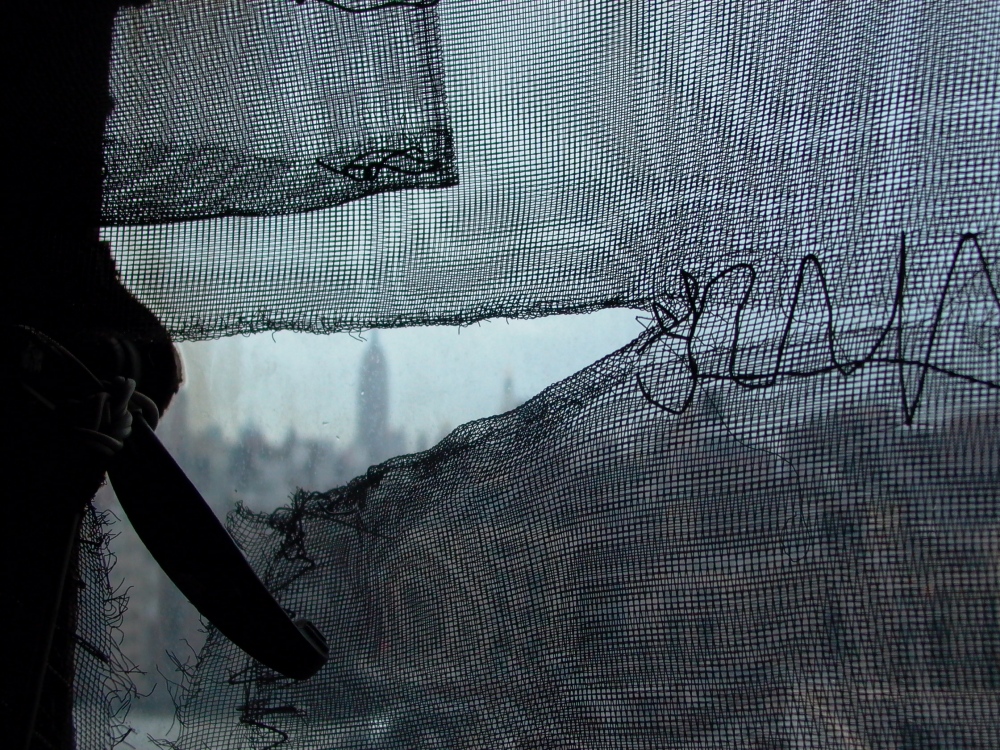 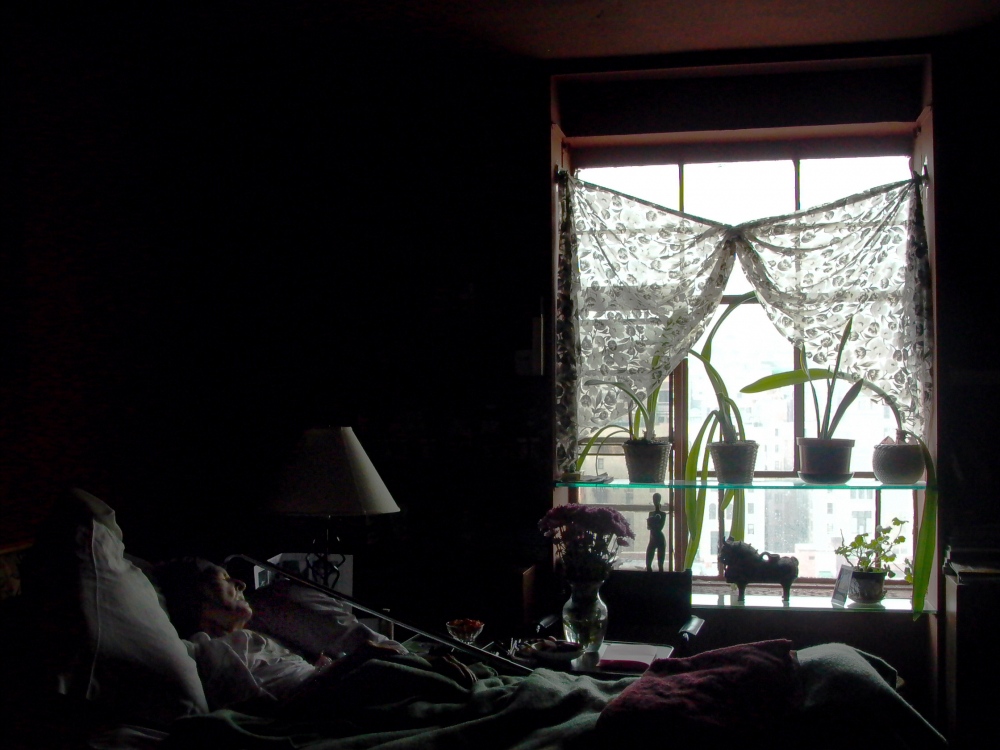 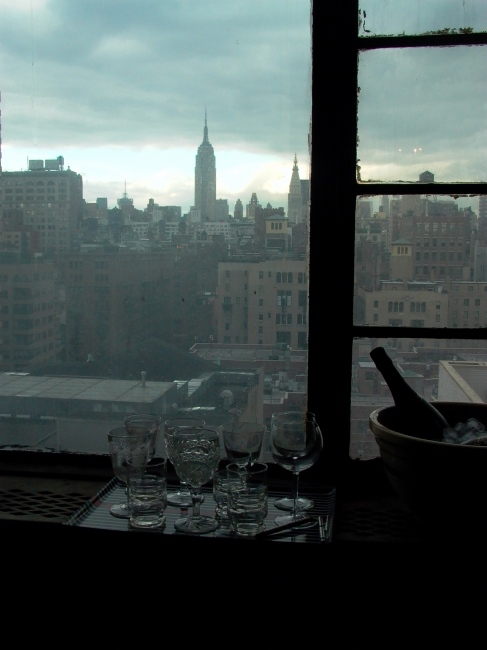 Synopsis: These photographs were made while I was a Hospice Volunteer to Anne, a woman in her late 80s who was dying of cancer, at her home in Greenwich Village. She had been bedridden for many years.

Anne defied all odds and time expectations of Hospice, living for three years. In the time that I knew her, we became close friends. She was great company - interesting, smart, feisty, funny, and warm. I visited her twice a week, bringing books and flowers; we discussed the state of the world and worlds. She was not afraid of death, though she was ambivalent about dying. It was a privilege to be able to talk honestly and openly; to acknowledge the fear and anxiety about the unknown, and to help her, by being there. What I had expected - a short-term volunteer situation, turned into a deep, lasting and meaningful friendship. She taught me about living day to day, with grace, courage, dignity, humor and patience.

As an artist, I wanted to document being a visitor, to try to visually describe what is at best ephemeral: the process of dying, with respect for Anne, who did not like to be photographed often. At first I photographed her windows in the bedroom, where I arranged flowers, and her cat: I wanted to give her back her views, since she couldn"™t get out of bed. Near the end, I became interested in photographing her objects, the things she chose to keep around as she prepared to leave.

Three years is a long time to have the chance to photograph and re-photograph, to "get it right". Every time I visited I thought was the last time, until it finally was, on April 29, 2005. A month later her friends held a memorial party in her living room.

Written Statement: These photographs were made over a three-year period in which I was a hospice volunteer to Anne, who lived in Greenwich Village. Hospice patients usually live less than a year but Anne somehow had the fortitude (and patience) to stay alive for three years. I began to make photographs a few months after I began visiting, first of the flowers I put on the windowsill, and of her cat, and later the objects she kept around her apartment. Since she was bedridden it was a way of giving them back to her.

As a photographer I knew that I wanted to express my feelings about hospice and the death experience photographically, but not invasively or rudely. Anne"™s body was deteriorating, but it seemed her soul was totally shining. I made only a few pictures of her (always in bed) with her books and flowers.

Anne"™s apartment was a spacious two-level at an old and fashionable address. She had lived there for fifty years. It was quite elegant but had obviously not been painted in the decades she had lived there, which gave it a bit of a "Miss Havisham" feeling.

Anne was an old Leftie, a neighborhood activist. Anne was modest: she said she was just "a soldier in the fight" but in her time she had given her time, her money, her resources.  She marched on Washington, and on Washington Square. She cared about the neighborhood, the country, the world, animals.  She was a force to be contended with, moral and caring and humane. She lived her principles. To me she was smart and witty and charming and always of good cheer and humor. Her stories were wondrous and her life had been many-faceted and deep, full of miracles and dreams and interesting friends. In 50 years as a widow (her husband died tragically, after only a few years of marriage) she had lived life to the fullest.

An hour a week, two hours a week, is not a long time, but they were intense hours, really thoroughly lived, thoroughly felt, I believe because we were both so aware that it could always be the last conversation. So, we clinked our glasses and toasted, to whatever was appropriate to toast, that day. Weeks turned into months, months turned into years. What I had expected to be a short-term volunteer situation turned into a real, lasting and meaningful friendship, which changed my life.

Forming and maintaining a close and caring friendship with someone at the end of their life has been the most important work I have done so far in my own. I hope these pictures inspire others to do the same.

Please note: These photographs were made between 2003 and 2006- ten years ago. I put them away for a while. They were shown, along with some of my artist books, at the Abrons Art Center at the Henry Street Settlement in New York City, in 2007. That same year I was awarded a NYFA (New York Foundation for the Arts) Fellowship for this work. They have not been published. I feel that they remain strong images that convey my original intentions.

By Ellen Wallenstein — These photocollages were made during a four-month artist residency while on a sabbatical from teaching at..
Apr 5, 2020

Ellis Island: Self-Portrait as an Immigrant, 1988

By Ellen Wallenstein / New York City — These photographs were made in New York City, where I live and work.
Aug 9, 2016