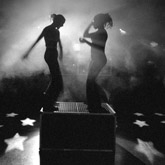 Photographer and Writer / Based in New Hampshire, USA

She studied at the School for Journalism in Utrecht, the Netherlands, as a photographer she is self-taught. After working as a photography critic for Dutch newspapers and photography magazines, and as a freelance photographer, she now focuses mainly on long-form projects. Recurring themes are a sense of place, the connection to the land, nature and animals, community, and the lives of young people.

Ellen is based in Linschoten, the Netherlands and Drewsville, New Hampshire, USA, where she completed her books Cadets, You’ll Hear Us Roar, and The Other Farm, and is working on another one, American Moments. She self-publishes under the imprint Netherlight.

Her work has been published, exhibited and recognized internationally. She had solo exhibitions in the Netherlands and at Photoville, NY, USA. Her first book, School, was chosen as one of the best photography books in the 2004 PDN Photo Annual. The Other Farm won a Silver Award in the P×3 Prix de la Photographie Paris 2016, in the category Professional Documentary Book.
Sign-up Log In
Cart
Loading...
Edit Check Out