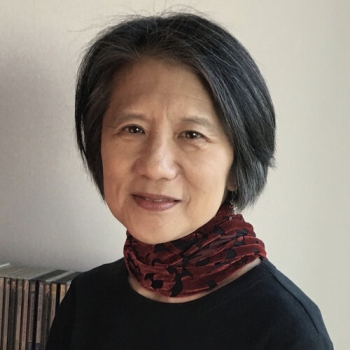 Elizabeth collaborated this year with Sarah Leen on the Photoville exhibition Nature Nurtures. Last year she and Lauren Steel, Shannon Simon, and Sarah Leen created The Four Elements for Photoville, and the year before Elizabeth curated A Mother’s Eye for Photoville and for CatchLight. She was also on the CatchLight team that produced Care in the Time of Covid-19, an exhibition at San Francisco's City Hall. National Geographic‘s Women of Vision, which she also curated, traveled to 10 museums and several festivals. She curated exhibitions on China and ancient Greece for National Geographic, as well as an online auction for Christie‘s. She edited the books Women of Vision, Pope Francis and the Vatican, and works with individual photographers on their book edits.

Last year Elizabeth freelanced for The New Yorker. She has produced stories for Literary Hub, The 400 Years Project, Magnum Photos, CatchLight, and for the travel quarterly Smithsonian Journeys. Earlier she worked at Fortune and at Asia. She has just finished writing for a National Geographic special issue.

In 2021 Elizabeth received the John Durniak Mentor Award from the National Press Photographers Association for mentoring photojournalists. Her other honors include awards from Pictures of the Year International, the Overseas Press Club, and Communication Arts. Elizabeth has reviewed portfolios for the New York Portfolio Review (hosted by The New York Times, Photoville, and CUNY), La Luz, LACP, the Eddie Adams Workshop, SDN, PhotoPlus, and the Palm Springs Photo Festival.

Elizabeth has taught for the International Center of Photography, Leica, the Newhouse School at Syracuse University, CUNY, Santa Fe Workshops, The Kalish, Mountain Workshops, and La Luz. She has juried grants and competitions for W. Eugene Smith, CatchLight, the Lit List, Lenscratch, The FENCE, Pictures of the Year International, Best of Photojournalism, Getty/Instagram, the Philip Jones Griffiths Foundation, the Ian Parry Scholarship, and the RFK Journalism Awards.

She has been honored to interview speakers and moderate panels for Leica, National Geographic, and Swarthmore College.

With photographer Lynn Johnson, Elizabeth organized the first Women Focus event at the Newseum in Washington, D.C. in conjunction with the 75th anniversary of Pictures of the Year International.

Elizabeth is based in metropolitan New York (i.e., New Jersey, the sixth borough!).