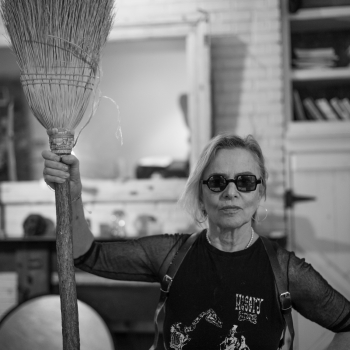 Photographer @ Self / Based in New York

Donna Ferrato is an internationally acclaimed photojournalist known for her groundbreaking documentation of the hidden world of domestic violence. Her seminal book Living With the Enemy (Aperture, 1991) went into four printings and, alongside exhibitions and lectures across the globe, sparked a national discussion on sexual violence and womenâ€™s rights. In 2011, Ferrato launched the "I Am Unbeatable" campaign to expose, document, and prevent domestic violence against women and children through real stories of real people.

Ferrato's most recent work focuses on the spirit and evolution of TriBeCa.  She is currently at work on a book on the recent history of TriBeCa, to be published in the spring of 2016. In addition, her work on both domestic violence and TriBeCa was recently selected by the Library of Congress.

Ferrato has worked for almost every major news publication in the country, and her photographs have appeared in nearly five hundred solo exhibitions in museums and galleries worldwide. She has been a member of the Executive Board of Directors for the W. Eugene Smith Fund and was president and founder of the non-profit Domestic Abuse Awareness (501-c3). She has been a recipient of the W. Eugene Smith Grant, the Robert F. Kennedy Award for Outstanding Coverage of the Plight of the Disadvantaged, the IWMF Courage in Journalism Award, the Missouri Medal of Honor for Distinguished Service in Journalism, Artist of the Year at the Tribeca Film Festival, and the Look3 Insightful Artist of the Year. In 2008, the City of New York proclaimed October 30 "Donna Ferrato Appreciation Day,â€ and in 2009, she was honored by the judges of the New York State Supreme Court for her work advancing gender equality.