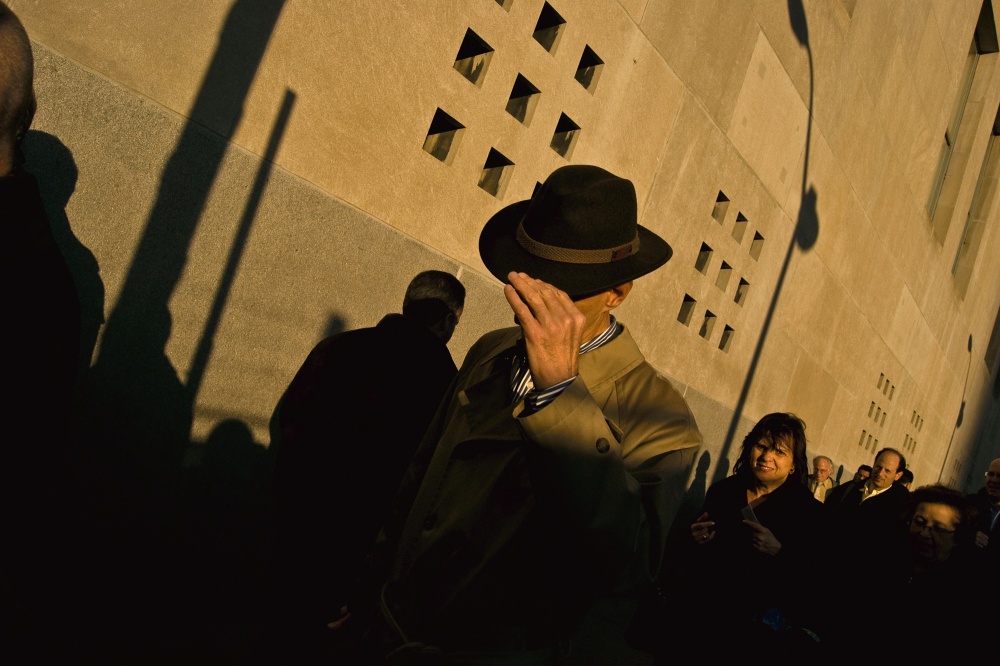 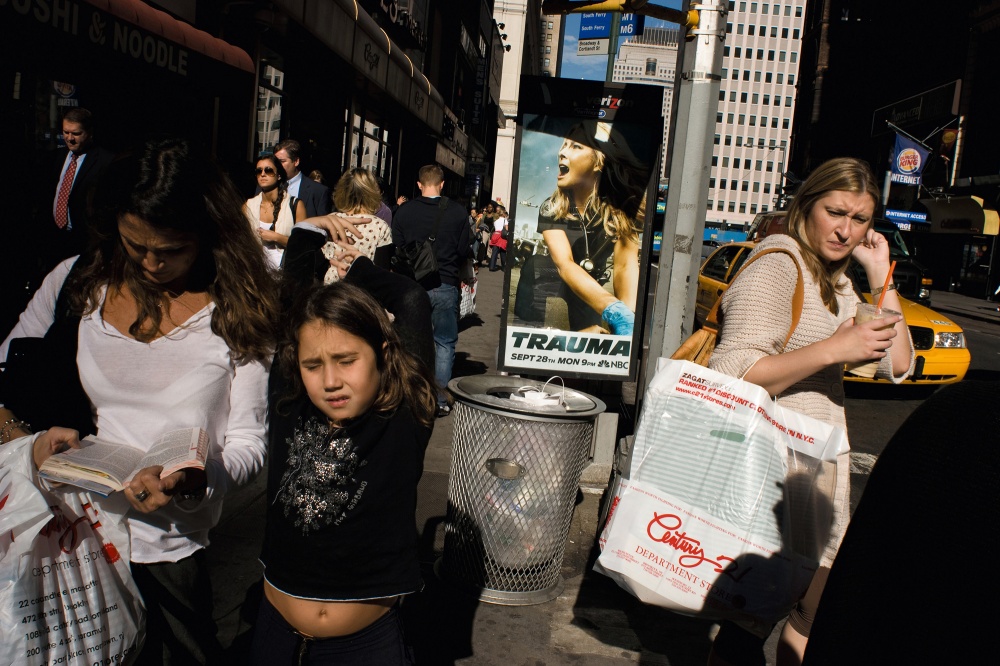 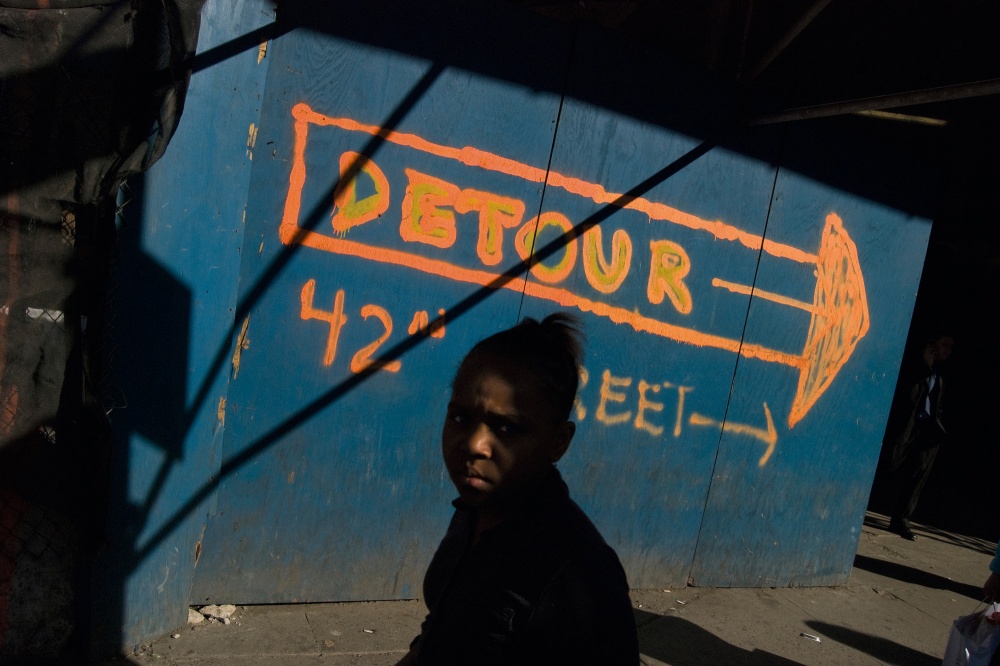 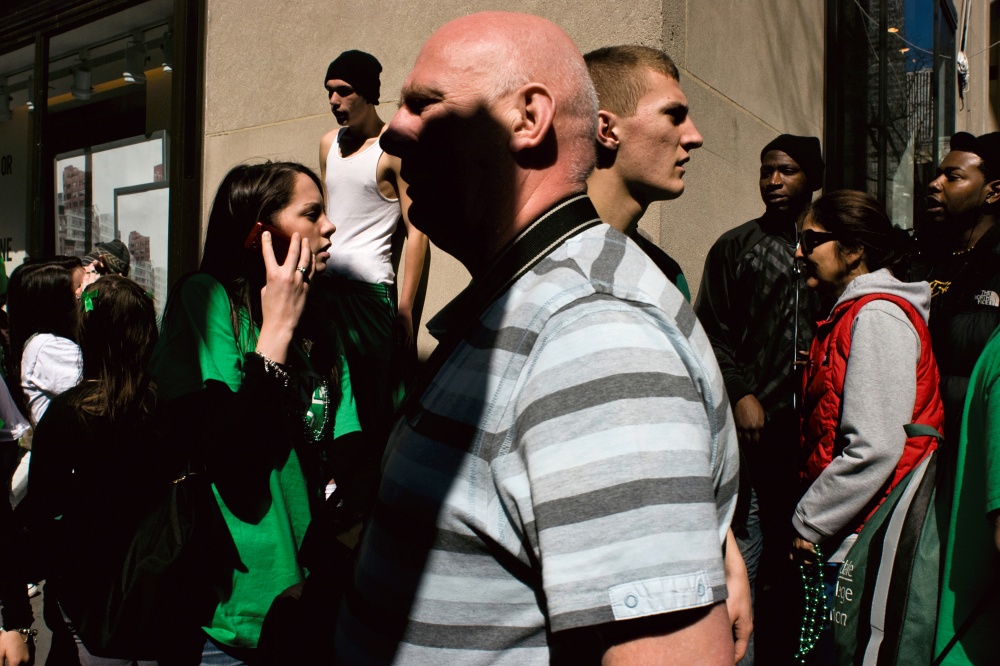 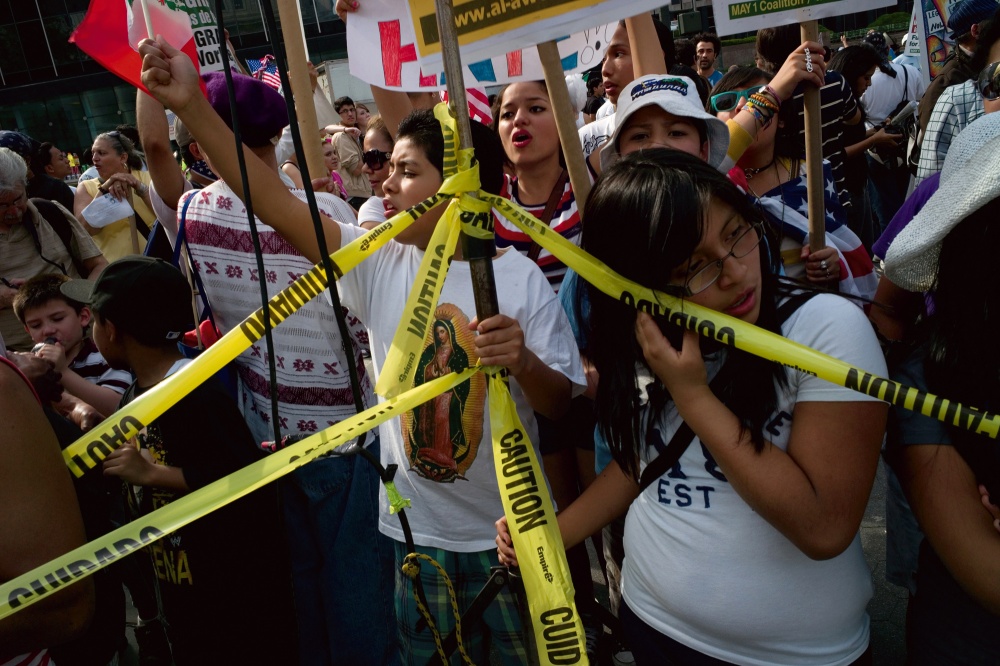 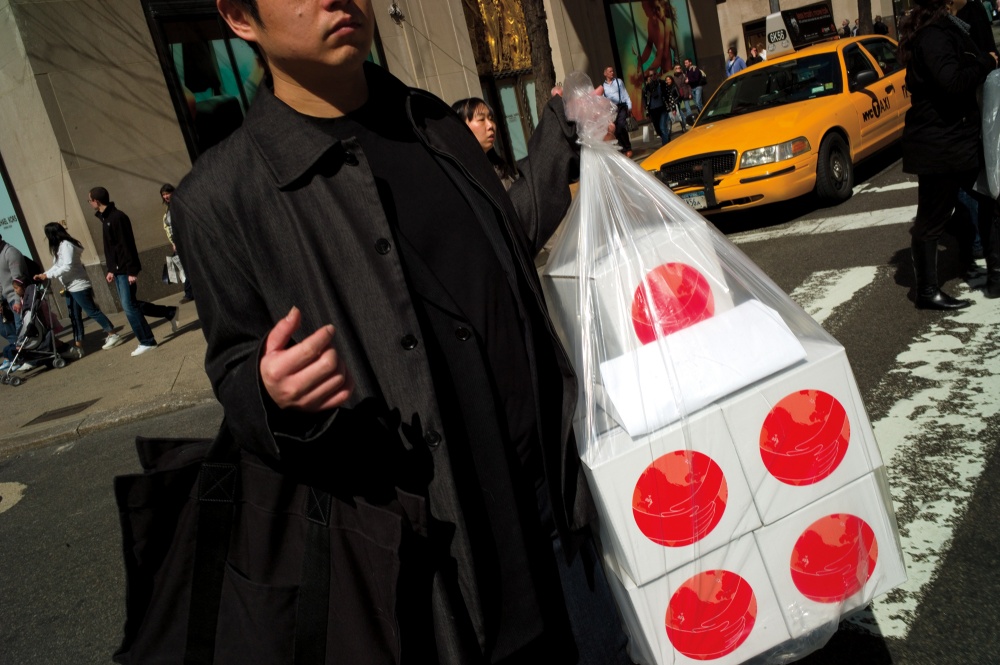 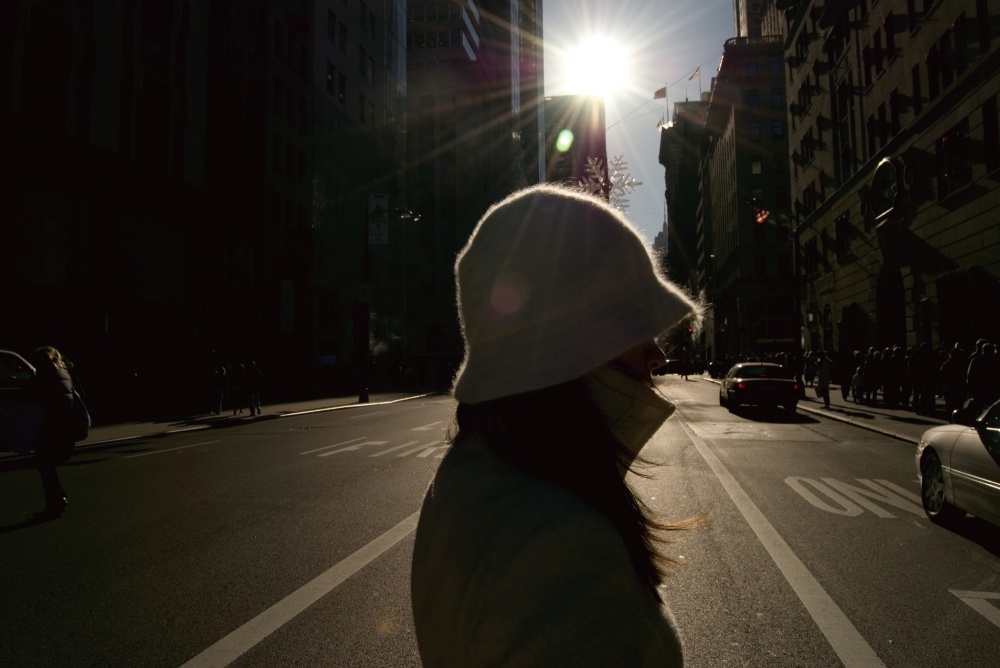 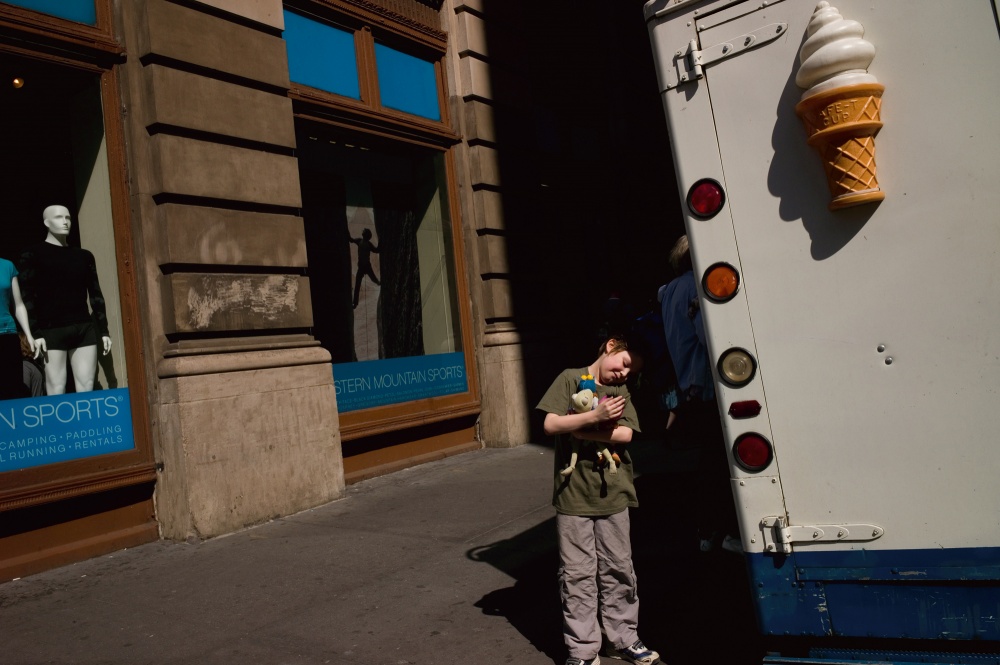 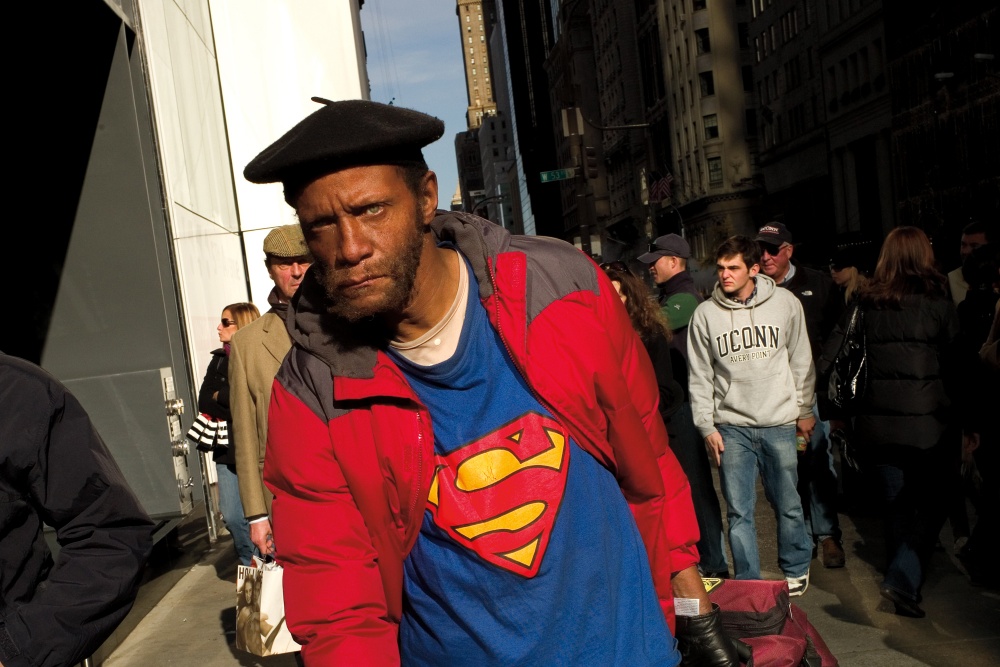 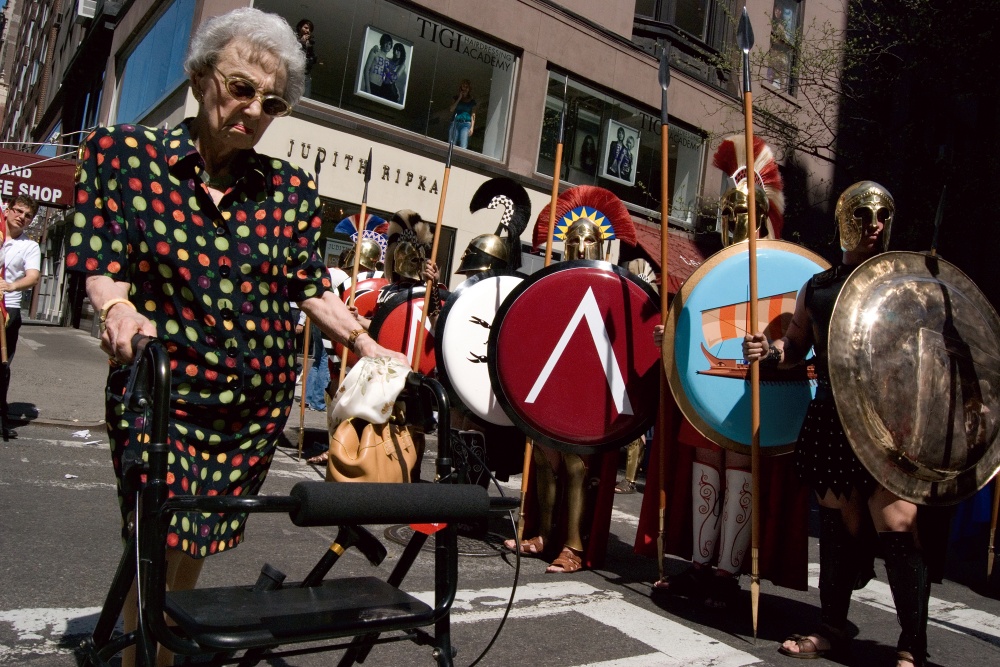 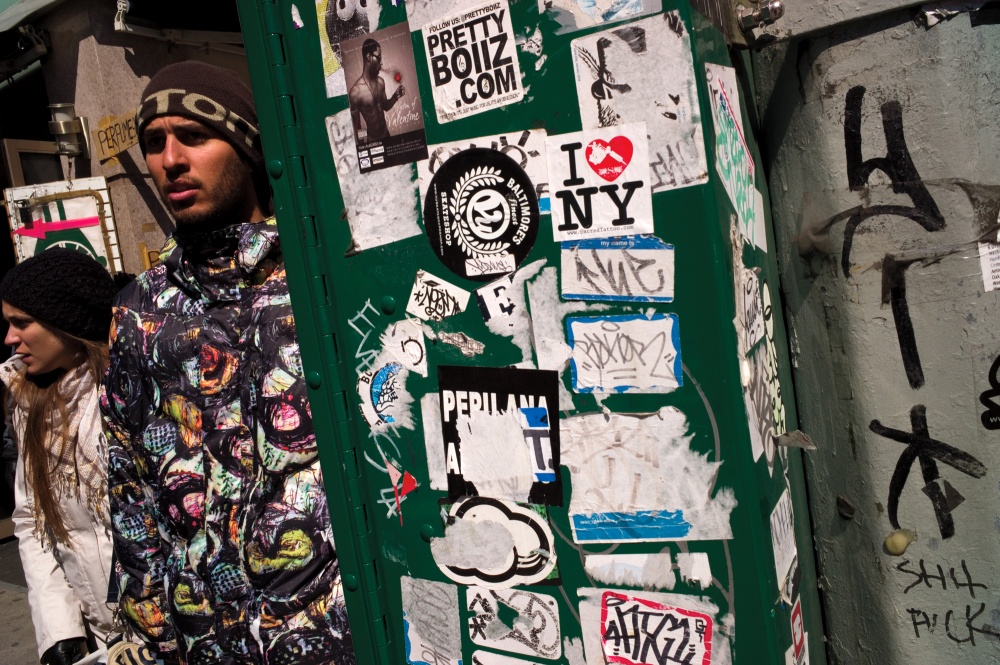 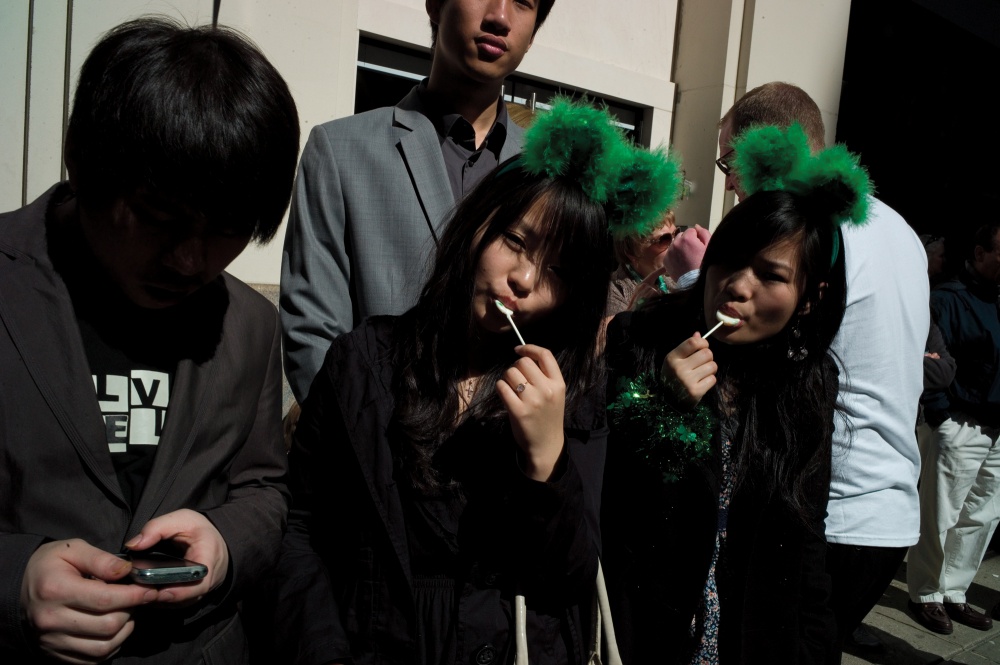 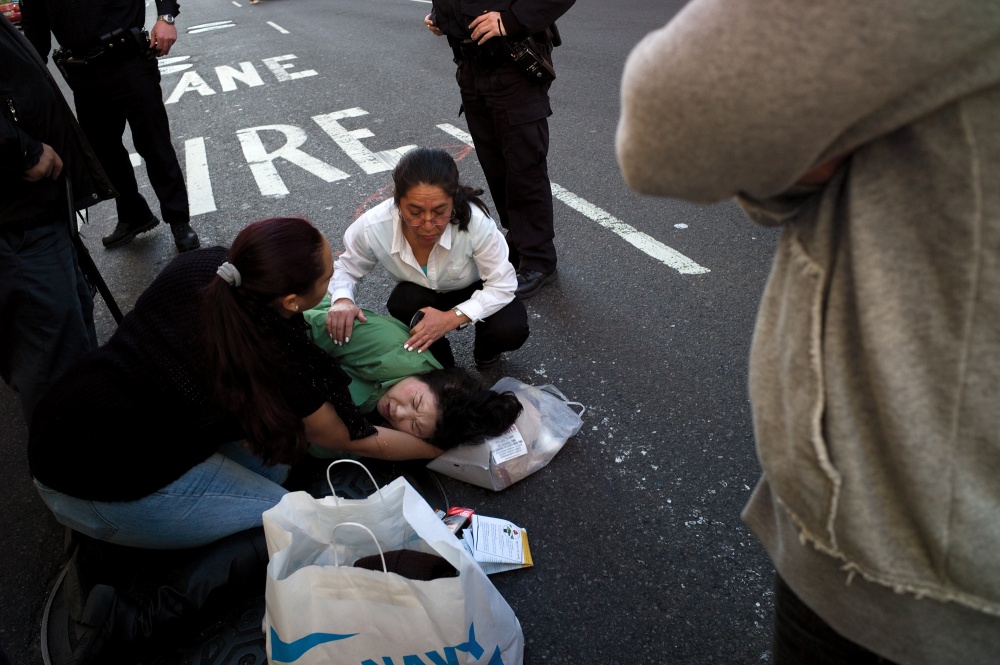 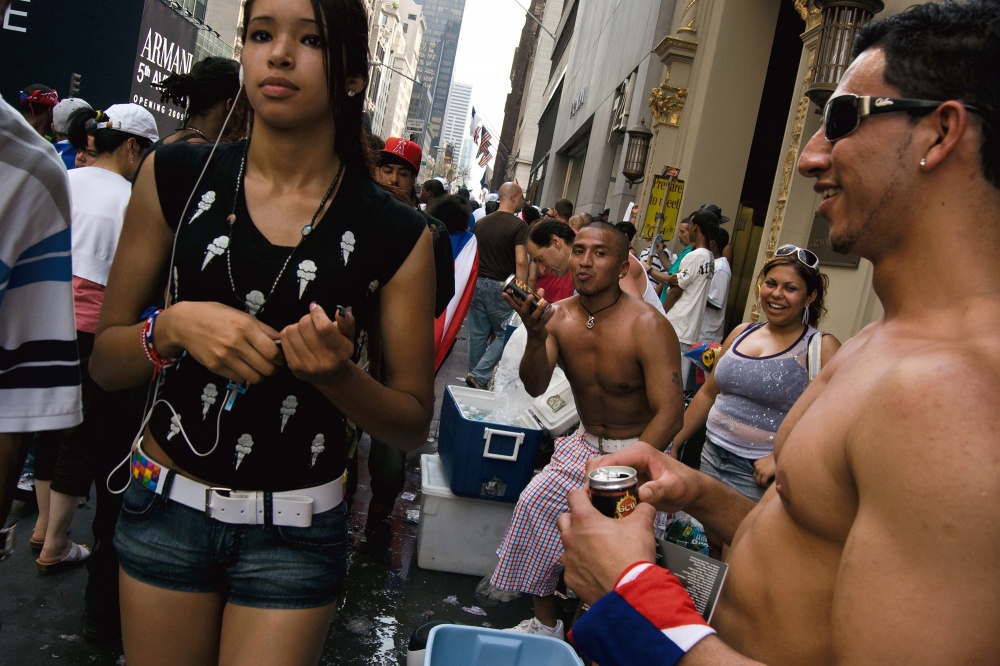 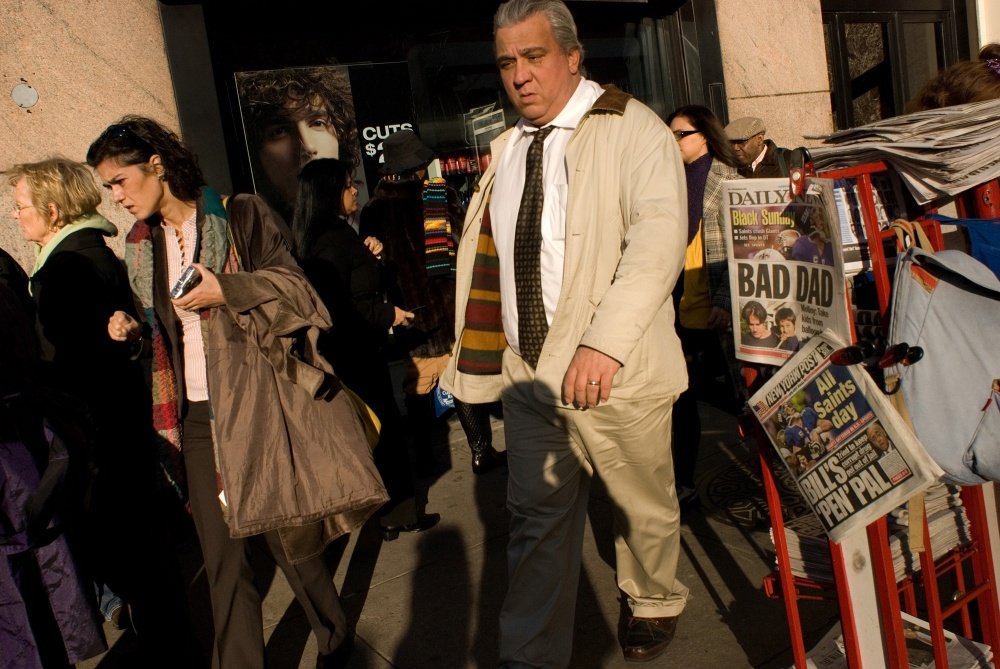 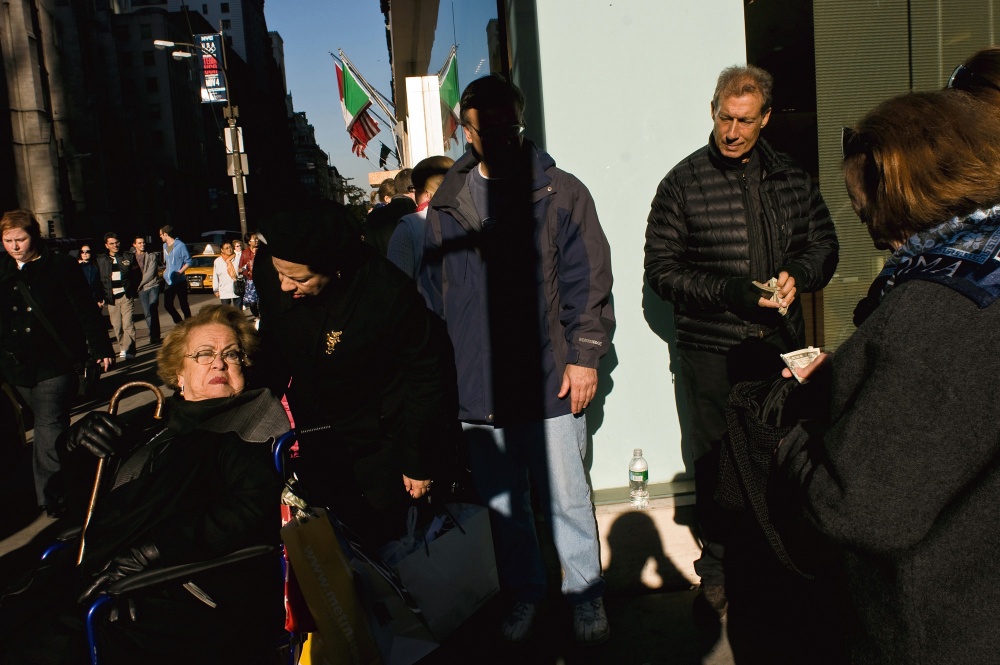 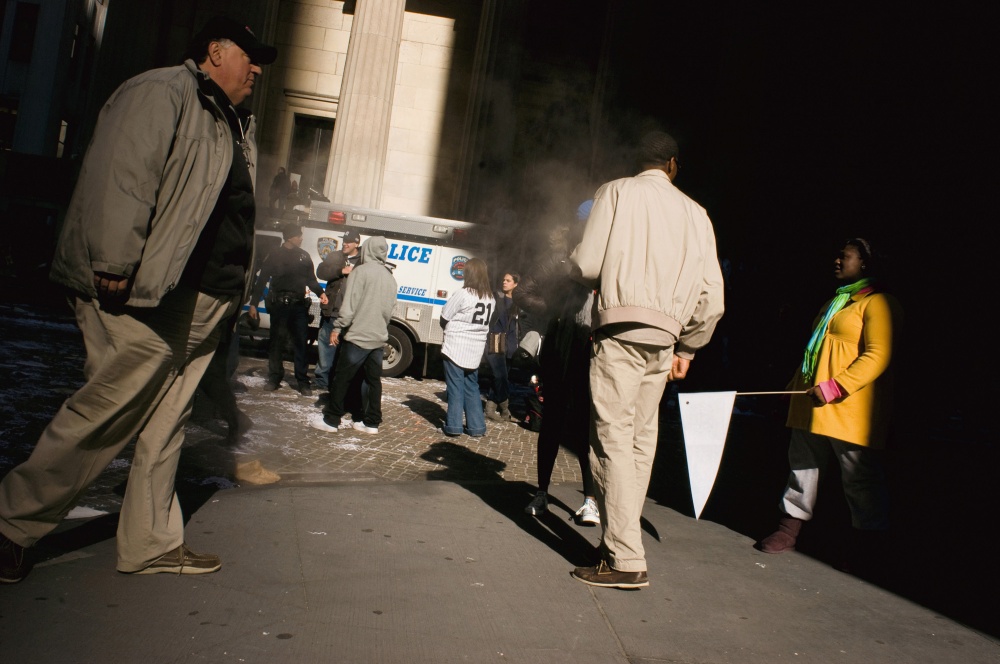 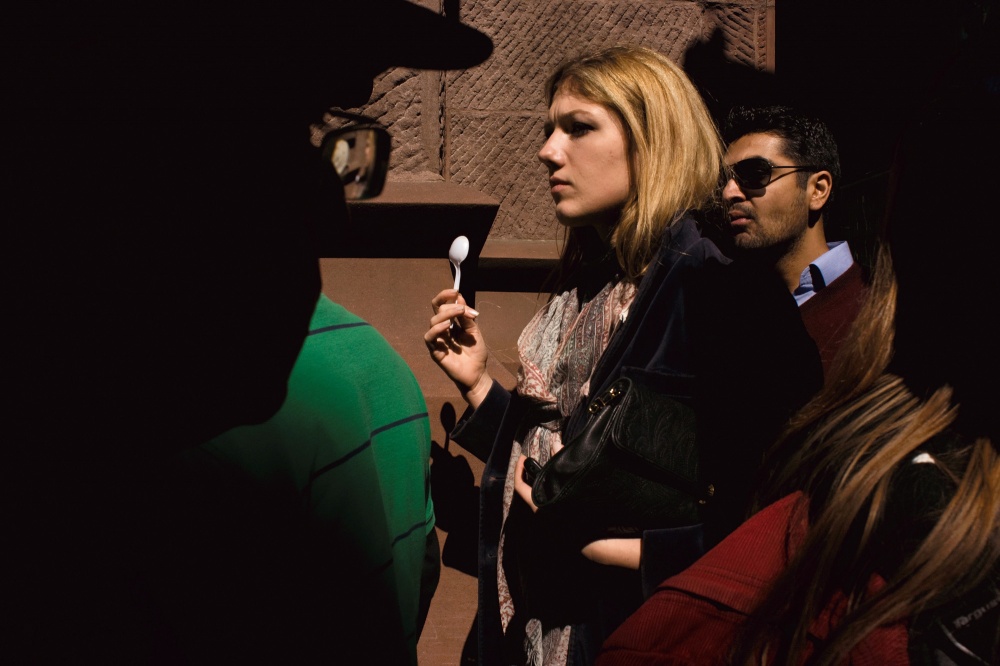 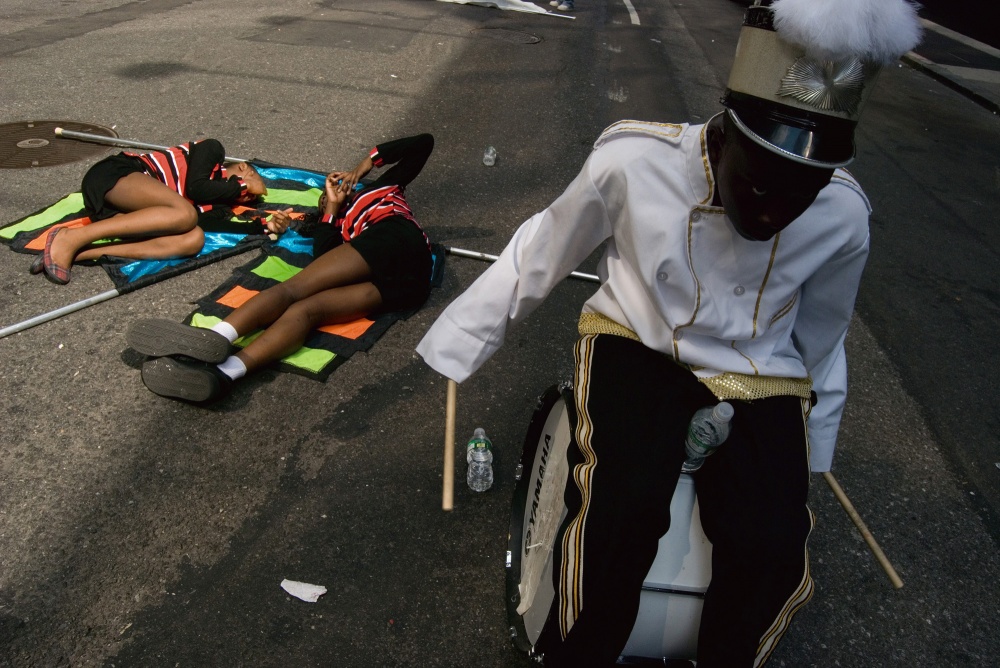 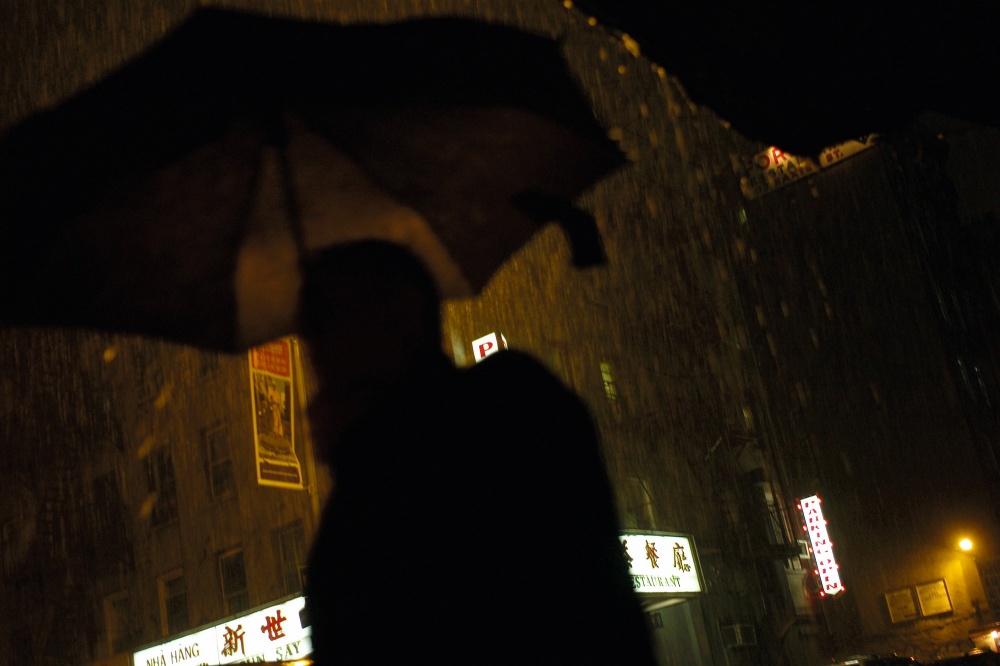 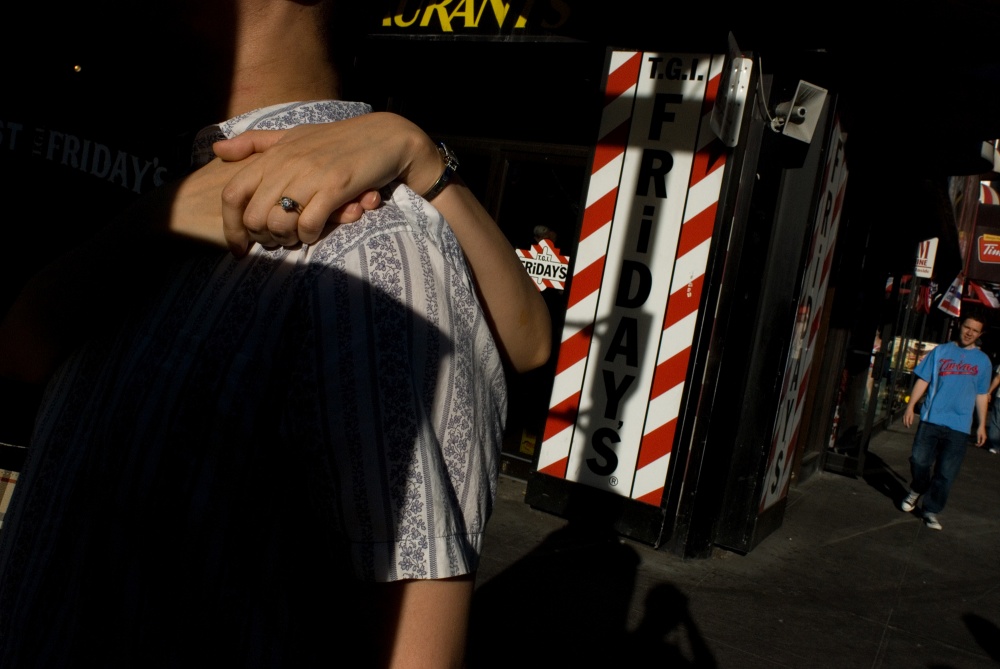 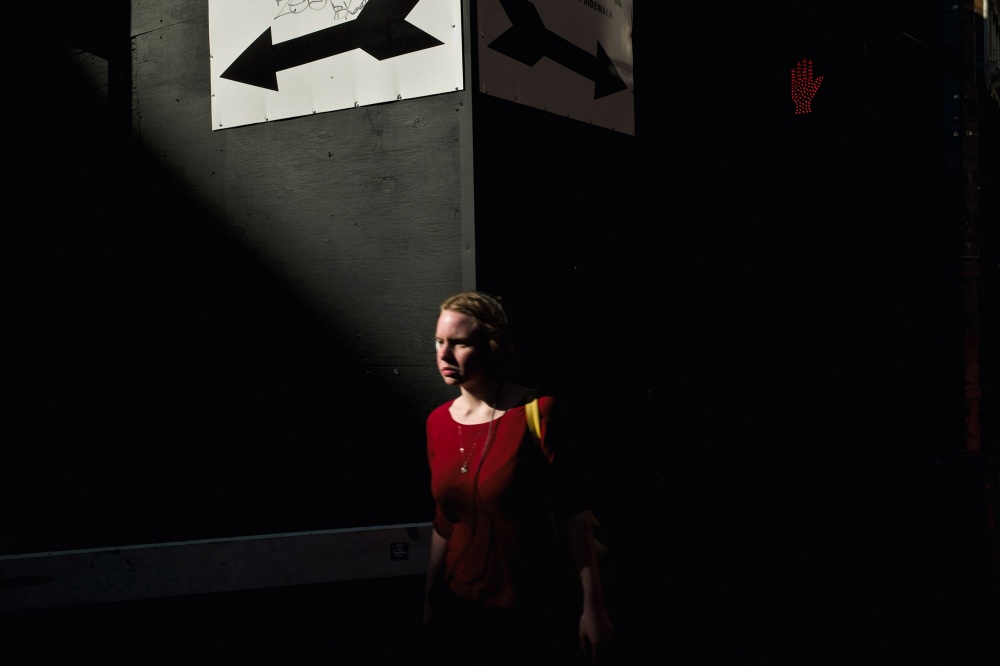 I am more interested in poetry than fact, in the ever-so-slight transformation of reality achieved through a lyrical gaze rather than a supposedly "objective" depiction; I aim to inspire and move, not to inform. I feel that this aim, the unique way photography has of transforming the world while pretending to just objectively capture light waves, can best be pursued and revealed through the use of humble materials. The more mundane and 'uninteresting' the raw material, the more can the transformative poetry of photography itself come to the fore. My preferred subject is my metaphorical own back yard and the everyday life of the streets. The conjunction of my photographic gaze with chance and happenstance is essential to my approach, as is an emphasis on the evanescence of the encountered poetic moments I photograph. I am interested in fleeting gestures and glances, the momentary field of interaction between passing strangers, the ephemeral dance of light and shadow and street life. I try to visually organize the chaos of the streets just enough to contain it in the photograph, but hopefully not much more than that. I aim for understated pictures that can demonstrate how the ordinary and mundane can be transformed into something mysterious and enchanting when photographed, pictures that pose rather than answer questions. More than anything, what moves me is capturing the infinitesimal outward signs of an inner emotional life, the interiority of people even in the midst of the most public spaces.

My project derives its title, Its Strangest Patterns, from a passage from the novel Netherland, by Joseph O' Neill: "[I'd] walk and walk until I reached a state of fancifulness, of indeterminately hopeful receptiveness ... there was a definite element of flight, and an element of capitulation, too ... and in this I was abetted by the streets of New York City, which abet desire even in its strangest patterns".

By Dimitri Mellos / New York City — Project summary: The scope of my photos is narrow and mundane, like the lives they depict – like the lives..
May 29, 2020

By Dimitri Mellos / New York City — New York City’s Chinatown is just about the only neighborhood in Manhattan that still retains some of..
Jun 13, 2019

By Dimitri Mellos / New York City — “I speak of the city, shepherd of the centuries, mother that gives birth to us and devours us, that creates..
Nov 14, 2017

An Illustrated Guide to Greece

By Dimitri Mellos / Greece — For most people, the idea of Greece evokes either images of sunny beaches and picturesque whitewashed..
Apr 7, 2017

By Dimitri Mellos / New York City — As a fairly recent immigrant to the US myself, the delicate integration of dual (or multiple) identities..
Apr 7, 2017

By Dimitri Mellos / Cuba, China, Greece — A selection of photos from my limited travels around this world.
Dec 4, 2015