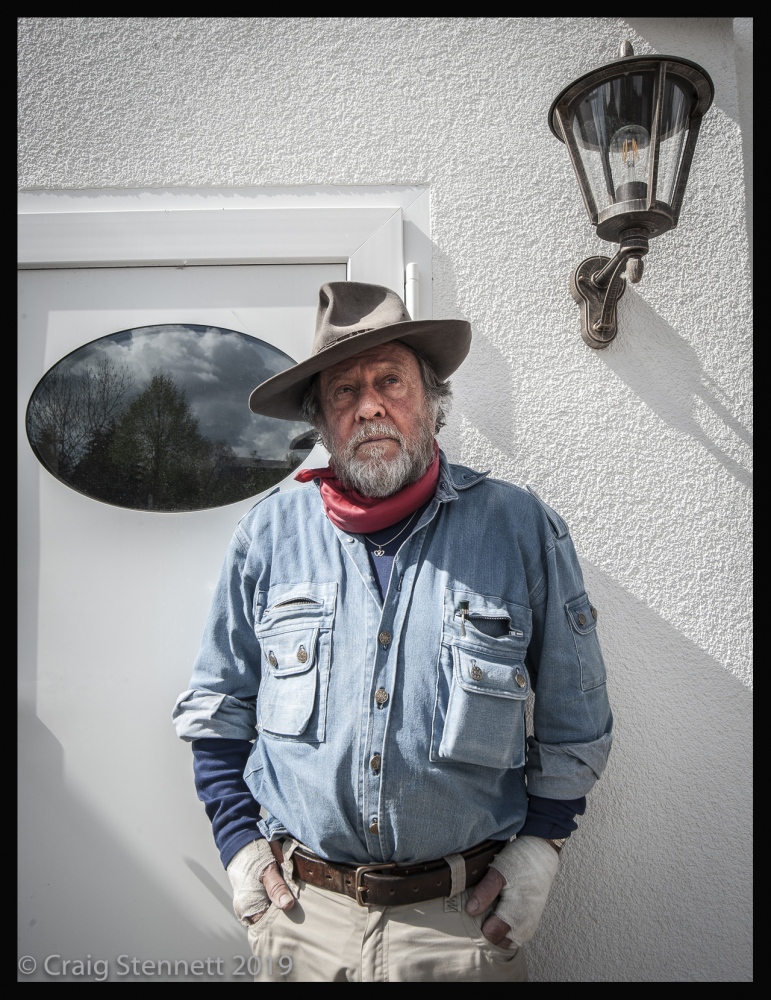 Gunter Demnig (born 27 October 1947 in Berlin) is a German artist. He is best known for his Stolperstein ("stumbling block") memorials to the victims of Nazi persecution, including Jews, homosexuals, Romani and the disabled. The project places engraved brass stones in front of a former residence for a Holocaust victim who was deported and killed by Nazi Germany, began in Germany and has since spread, with more than 60,000 stones placed across 21 countries in Europe. 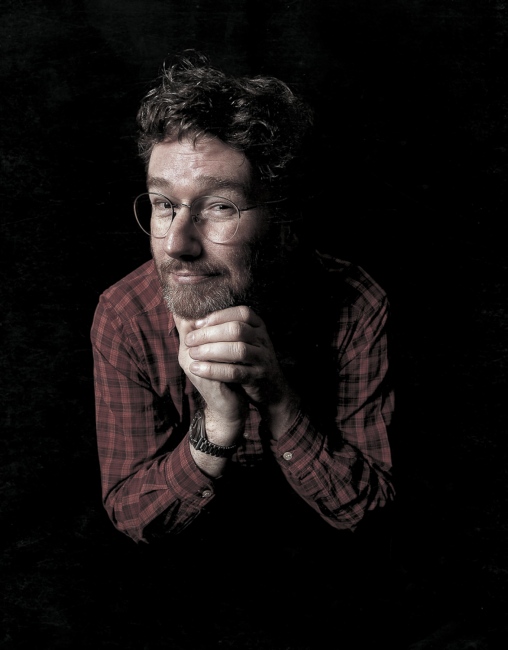 Iain Banks (16 February 1954 – 9 June 2013) was a Scottish author. He wrote mainstream fiction under the name Iain Banks and science fiction as Iain M. Banks, including the initial of his adopted middle name Menzies.

After the publication and success of The Wasp Factory (1984), Banks began to write on a full-time basis. His first science fiction book, Consider Phlebas, was released in 1987, marking the start of the popular The Culture series. His books have been adapted for theatre, radio and television. In 2008, The Times named Banks in their list of "The 50 greatest British writers since 1945". In April 2013, Banks announced that he had inoperable cancer and was unlikely to live beyond a year. He died on 9 June 2013. 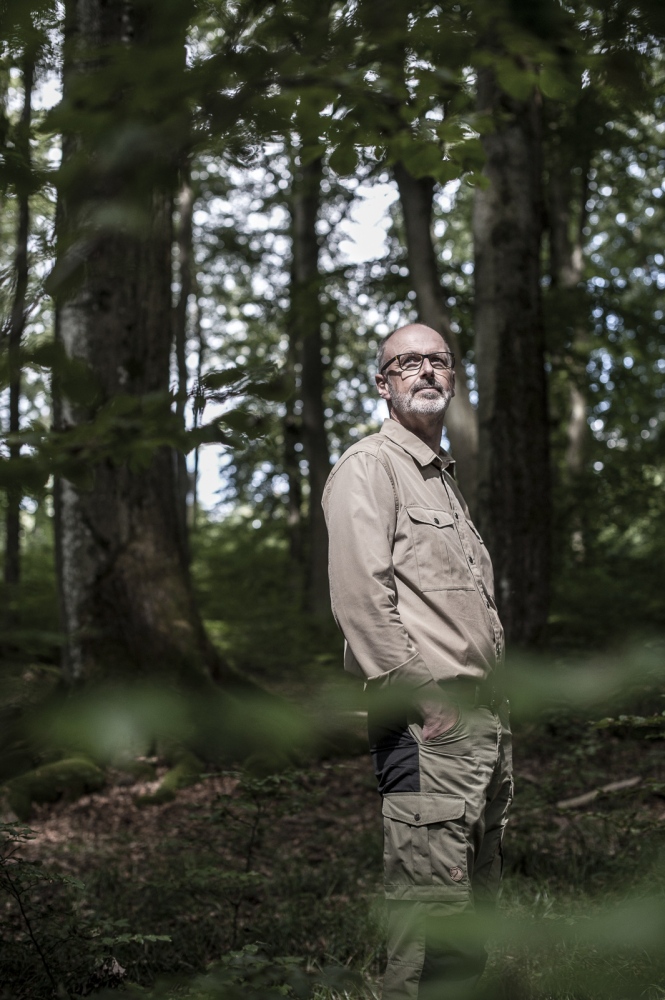 3 of 18 © 2021 Craig Stennett
Peter Wohlleben (born 1964) is a German forester and author who writes on ecological themes in popular language. After graduation from forestry school in Rottenburg am Neckar, he took up a job as a government wood ranger in the Rhineland-Palatinate in 1987. As he grew more familiar with the woodlands he was overseeing, he became disenchanted due to the damage caused by the techniques and technologies he was expected to employ, including the felling of mature trees and the use of insecticides.
In his 2015 book about natural forests, Das geheime Leben der Bäume:Was sie fühlen, wie sie kommunizieren - die Entdeckung einer verborgenen Welt, (The Hidden Life of Trees: What they Feel, How they Communicate: Discoveries from a Secret World) he takes the perspective of the trees, much as Jacques Cousteau took the perspective of the inhabitants of the oceans. Among other phenomena, this book introduces for a popular audience the "Wood-Wide Web", through which nutrition and signals are exchanged among trees.
(wikipedia) 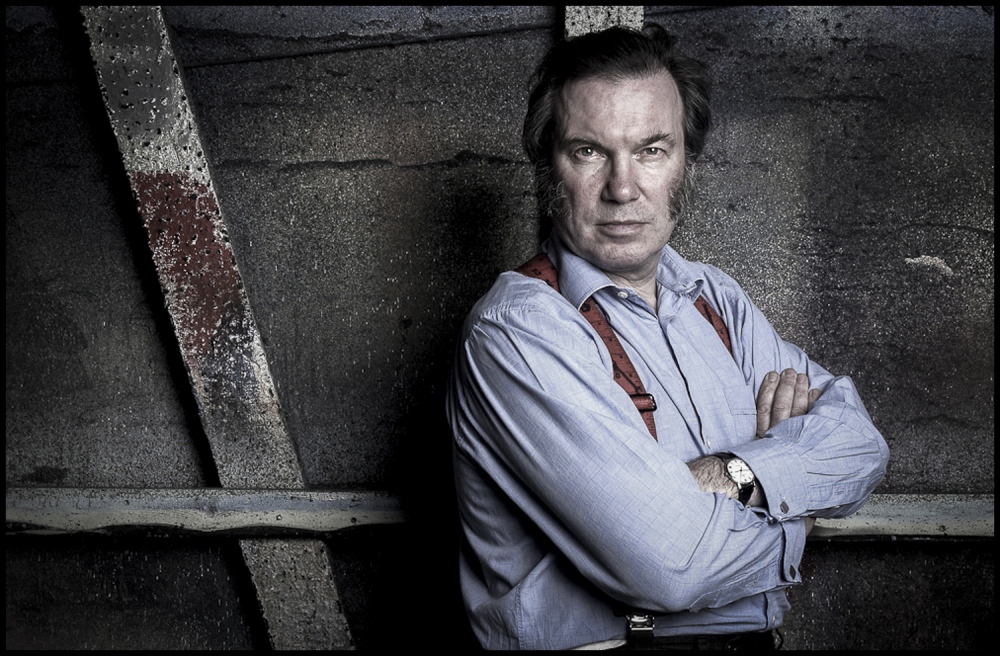 4 of 18 © 2021 Craig Stennett
David Willoughby Pountney CBE (born 10 September 1947) is a British theatre and opera director and librettist internationally known for his productions of rarely performed operas and new productions of classic works. He has directed over ten world premieres, including three by Sir Peter Maxwell Davies for whom he wrote the librettos of The Doctor of Myddfai, Mr Emmet Takes a Walk and Kommilitonen.
(wikipedia) 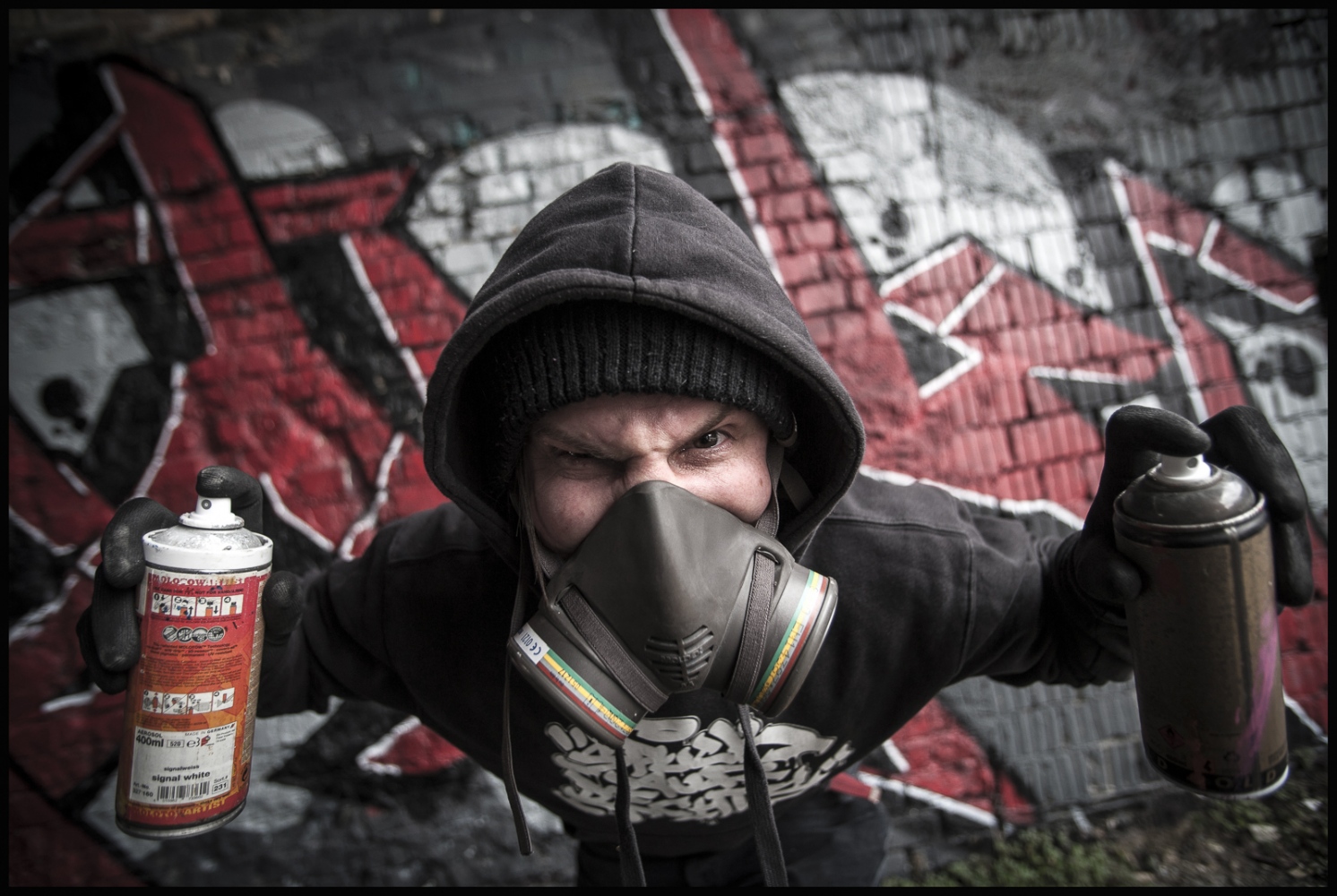 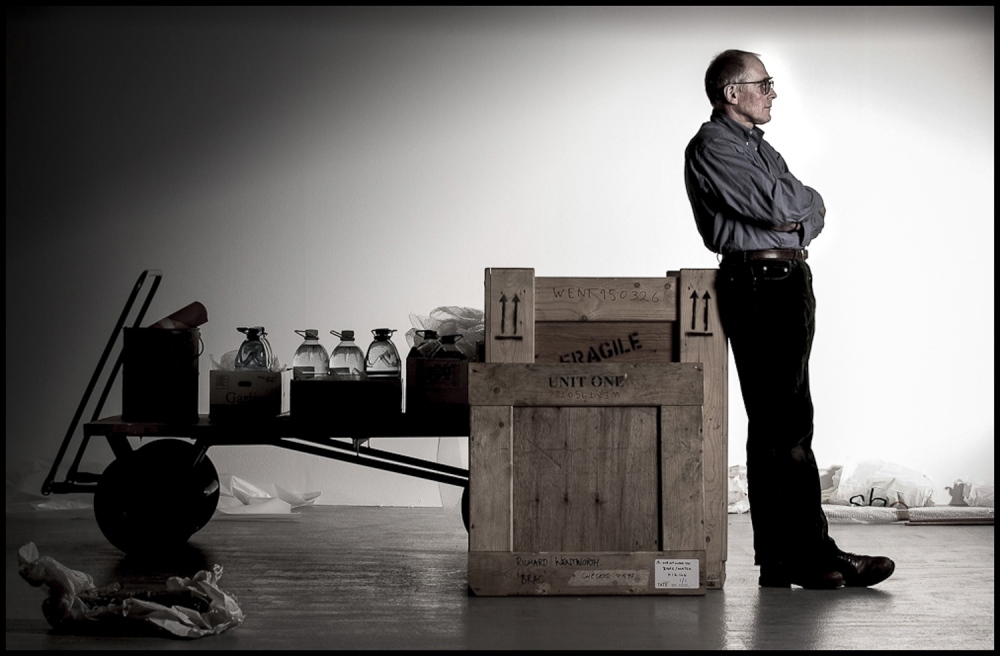 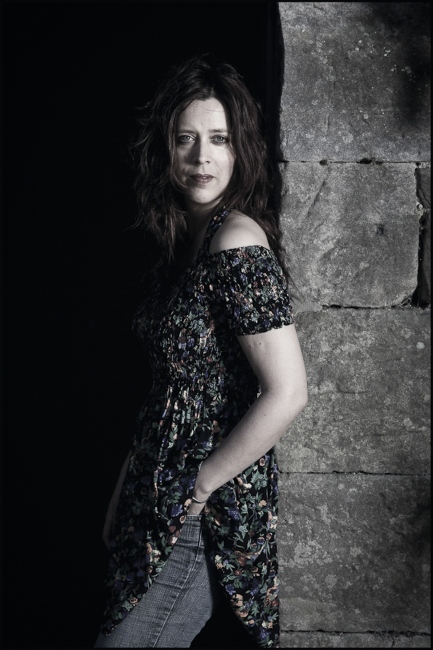 7 of 18 © 2021 Craig Stennett
Kathryn Tickell OBE DL (born 8 June 1967) is an English player of the Northumbrian smallpipes and fiddle. She has recorded over a dozen albums, and toured widely.
(wikipedia) 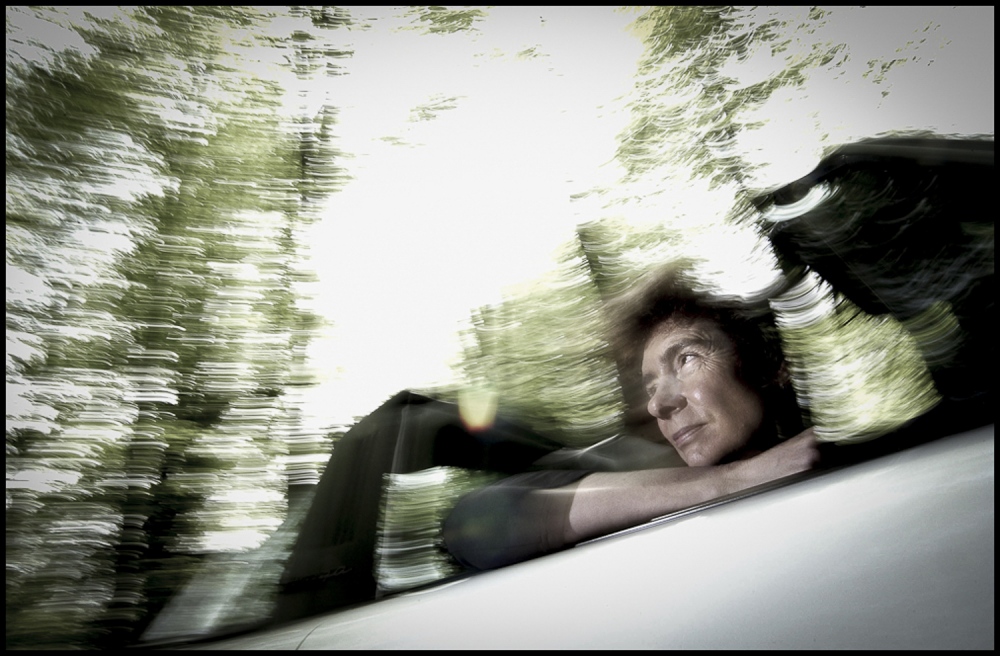 8 of 18 © 2021 Craig Stennett
Jeanette Winterson, OBE (born 27 August 1959) is an award-winning English writer, who became famous with her first book, Oranges Are Not the Only Fruit, a semi-autobiographical novel about a sensitive teenage girl rebelling against conventional values. Some of her other novels have explored gender polarities and sexual identity. Winterson is also a broadcaster and a professor of creative writing.
(wikipedia) 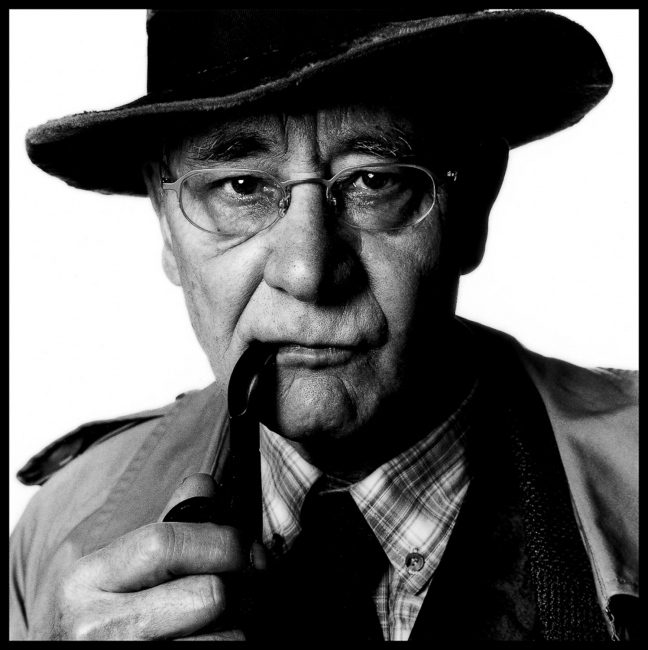 9 of 18 © 2021 Craig Stennett
Alan Sillitoe (4 March 1928 – 25 April 2010) was an English writer and one of the so-called "angry young men" of the 1950s. He disliked the label, as did most of the other writers to whom it was applied. He is best known for his debut novel Saturday Night and Sunday Morning and early short story The Loneliness of the Long Distance Runner, both of which were adapted into films.
(wikipedia) 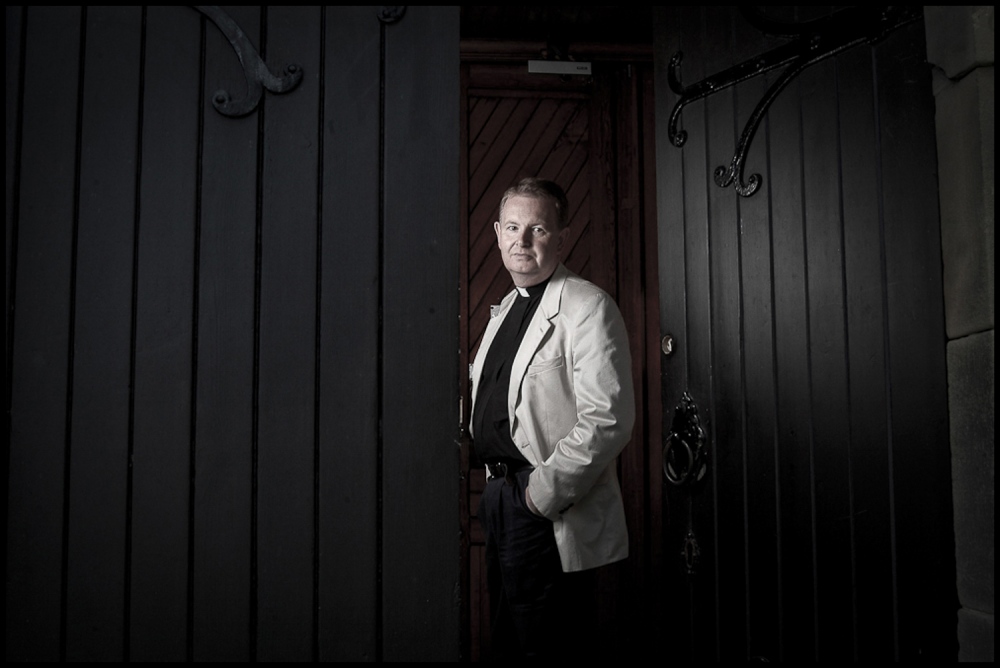 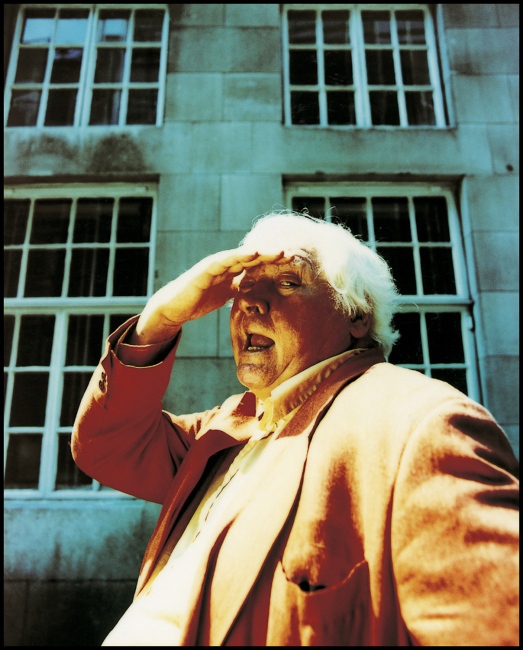 Henry Kenneth Alfred "Ken" Russell (3 July 1927 – 27 November 2011) was an English film director, known for his pioneering work in television and film and for his flamboyant and controversial style. He attracted criticism for being obsessed with sexuality and the church. His films in the main were liberal adaptations of existing texts, or biographies, notably of composers of the Romantic era. Russell began directing for the BBC, where he made creative adaptations of composers' lives which were unusual for the time. He also directed many feature films independently and for studios.

He is best known for his Oscar-winning film Women in Love (1969), The Devils (1971), The Who's Tommy (1975), and the science fiction film Altered States (1980). Russell also directed several films based on the lives of classical music composers, such as Elgar, Delius, Tchaikovsky, Mahler, and Liszt. 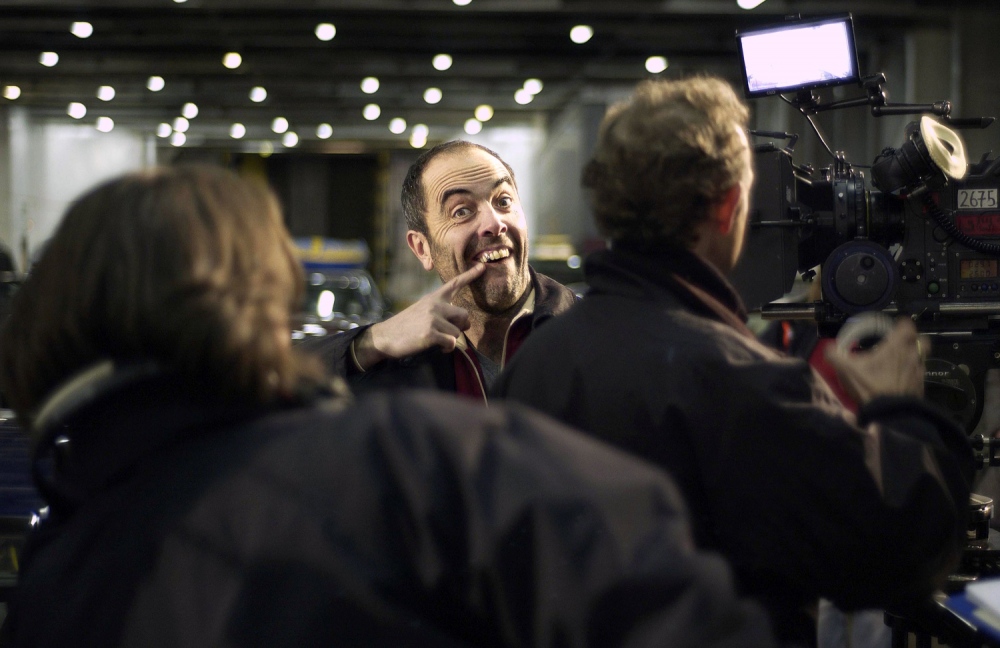 William James Nesbitt, OBE (born 15 January 1965) is an actor, presenter and comedian from Northern Ireland. Born in Ballymena, County Antrim, Nesbitt grew up in the nearby village of Broughshane, before moving to Coleraine, County Londonderry. He wanted to become a teacher like his father, so he began a degree in French at the University of Ulster. He dropped out after a year when he decided to become an actor, and transferred to the Central School of Speech and Drama in London. After graduating in 1987, he spent seven years performing in plays that varied from the musical Up on the Roof (1987, 1989) to the political drama Paddywack (1994). He made his feature film debut playing talent agent Fintan O'Donnell in Hear My Song (1991).

Nesbitt got his breakthrough television role playing Adam Williams in the romantic comedy-drama Cold Feet (1998–2003), which won him a British Comedy Award, a Television and Radio Industries Club Award, and a National Television Award. His first significant film role came when he appeared as pig farmer "Pig" Finn in Waking Ned (1998). With the rest of the starring cast, Nesbitt was nominated for a Screen Actors Guild Award. In Lucky Break (2001), he made his debut as a film lead, playing prisoner Jimmy Hands. The next year, he played Ivan Cooper in the television film Bloody Sunday, about the 1972 shootings in Derry. A departure from his previous "cheeky chappie" roles, the film was a turning point in his career. He won a British Independent Film Award and was nominated for the British Academy Television Award for Best Actor.

Nesbitt has also starred in Murphy's Law (2001–2007) as undercover detective Tommy Murphy, in a role that was created for him by writer Colin Bateman. The role twice gained Nesbitt Best Actor nominations at the Irish Film & Television Awards (IFTA). In 2007, he starred in the dual role of Tom Jackman and Mr Hyde in Steven Moffat's Jekyll, which earned him a Golden Globe Award nomination in 2008. Nesbitt has since appeared in several more dramatic roles; he starred alongside Liam Neeson in Five Minutes of Heaven (2009), and was one of three lead actors in the television miniseries Occupation (2009). He also starred in the movies Outcast (2010) and The Way (2010). He portrayed Bofur in Peter Jackson's three-part film adaptation of The Hobbit (2012-2014).

Nesbitt is married to former actress Sonia Forbes-Adam, with whom he has two daughters. He is an advocate of numerous charities, and in 2010 he accepted the ceremonial position of Chancellor of the University of Ulster. 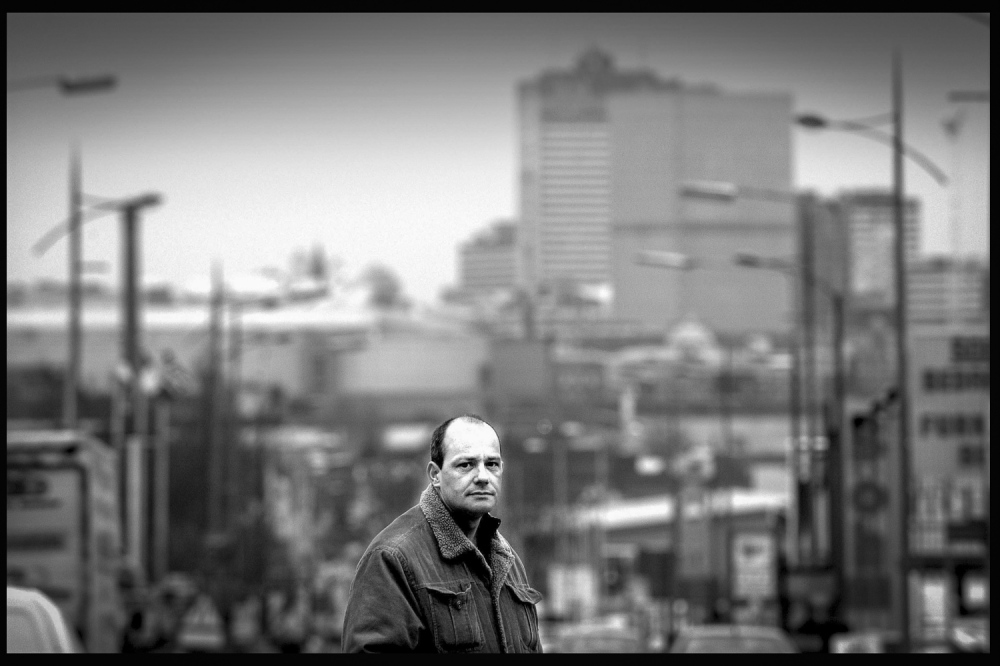 13 of 18 © 2021 Craig Stennett
Liam Spencer (born 1964) is a British artist.  Many of Spencer's paintings focus on Greater Manchester and North West England, such as Crown Chippy, Rawtenstall (2003), "Salford Panorama" (2000), "Time Square, New York" (2003). He has painted other parts of the world, including New York City, Venice, Hong Kong, Shanghai and France and Spain. He is known for painting urban landscapes focussing on rain scenes. A popular format for his paintings are the "Panoramas", long thin paintings.

Spencer's work is exhibited in art galleries, especially in the Manchester area. He exhibited in the Lowry Centre in Salford in 2000 and a number of his works hang in Manchester Art Gallery. A retrospective of his works was held there in 2006. It coincided with a short documentary on the BBC series, Inside Out, that showed several of the collections of his work. The largest collection is believed to be part of the Elspeth and Imogen Turner Collection. Liam Spencer lives in the North Westand has a studio close to Rawtenstall.

He produced motifs and artwork for the 2008 UEFA Cup Final in Manchester. His art was featured on promotional material and signage for the event. 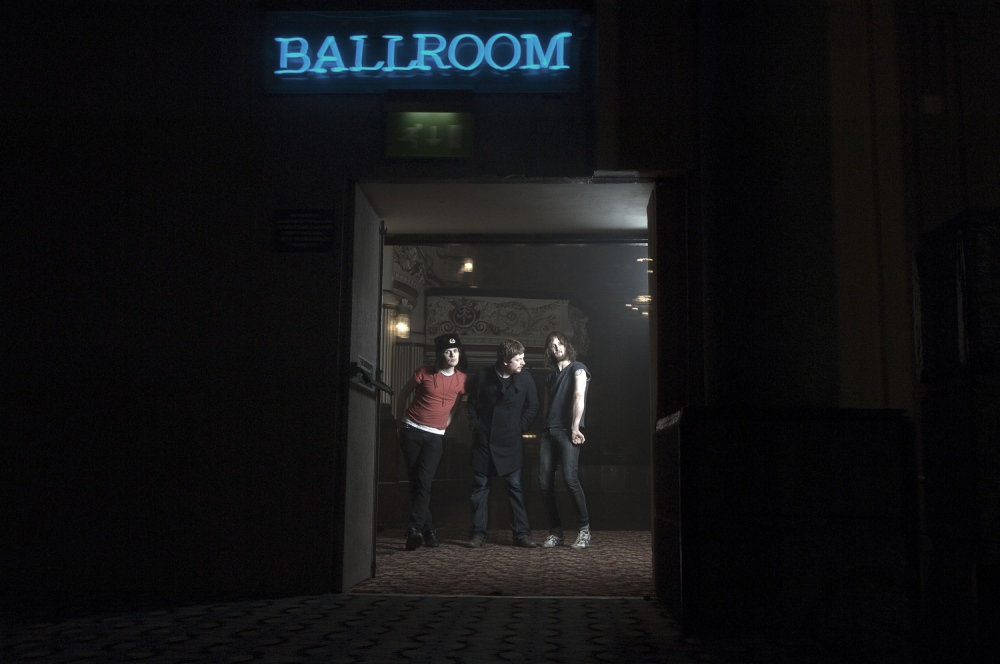 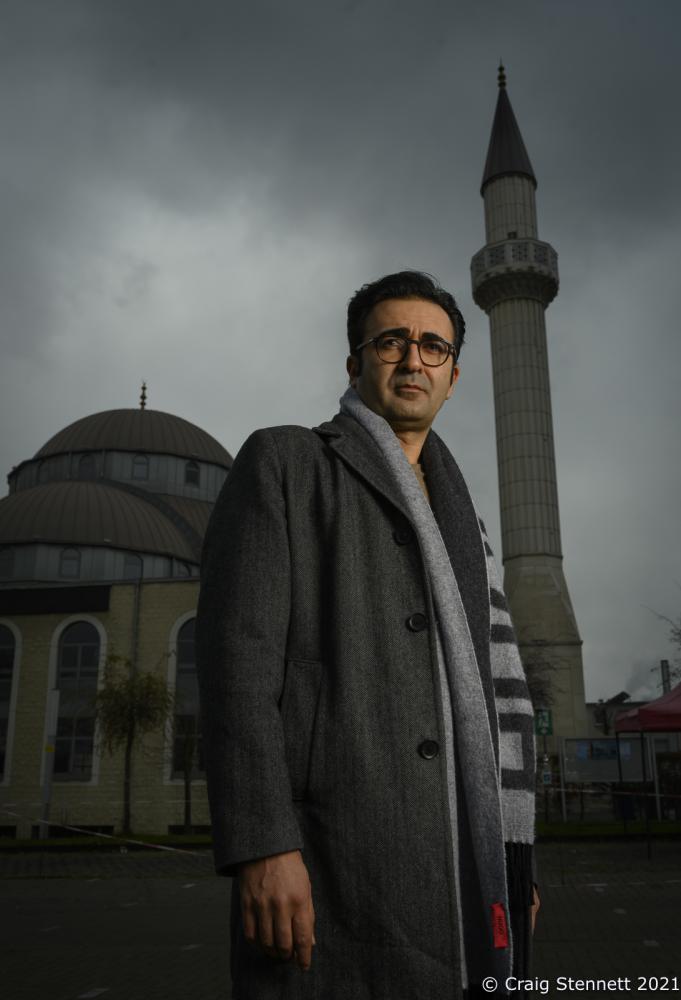 15 of 18 © 2021 Craig Stennett
Professor Rauf Ceylan is a sociologist and author. He is professor of sociology of religion and sociology of migration at the University of Osnabrück. Photographed outside DITIB-Merkez-Moschee in Duisburg, 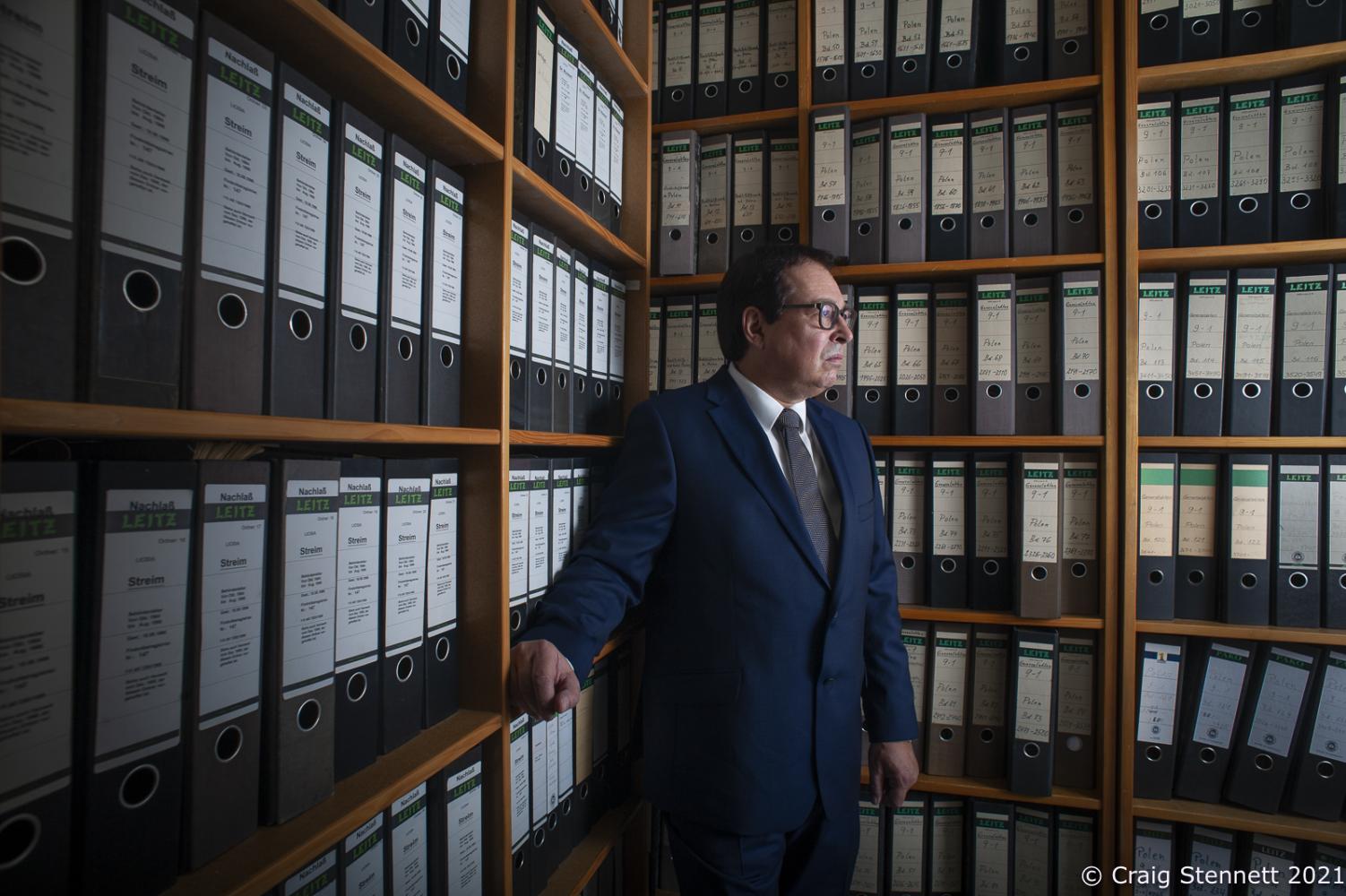 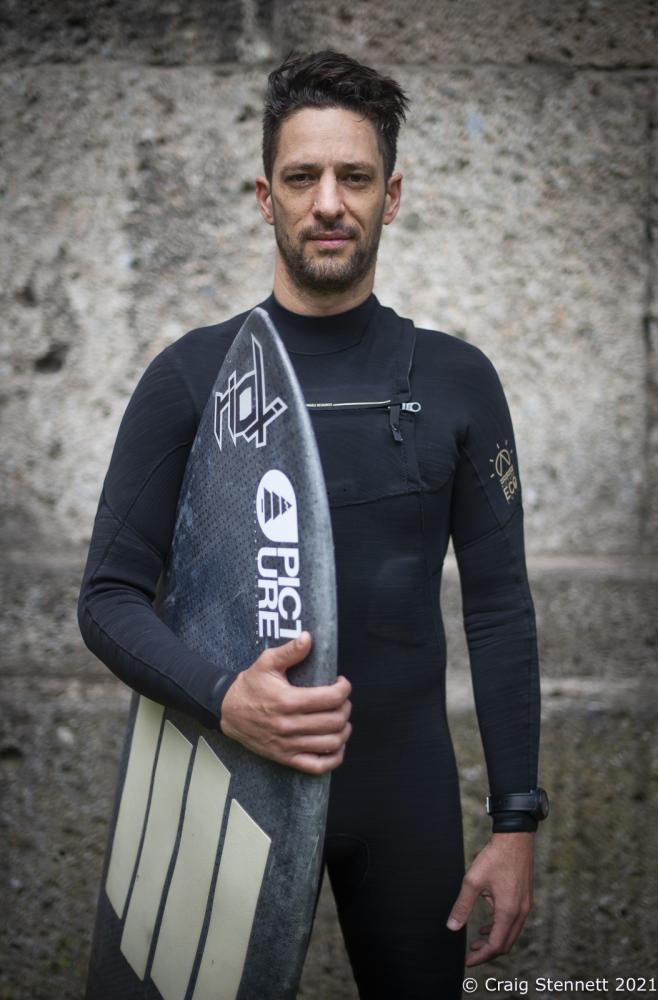 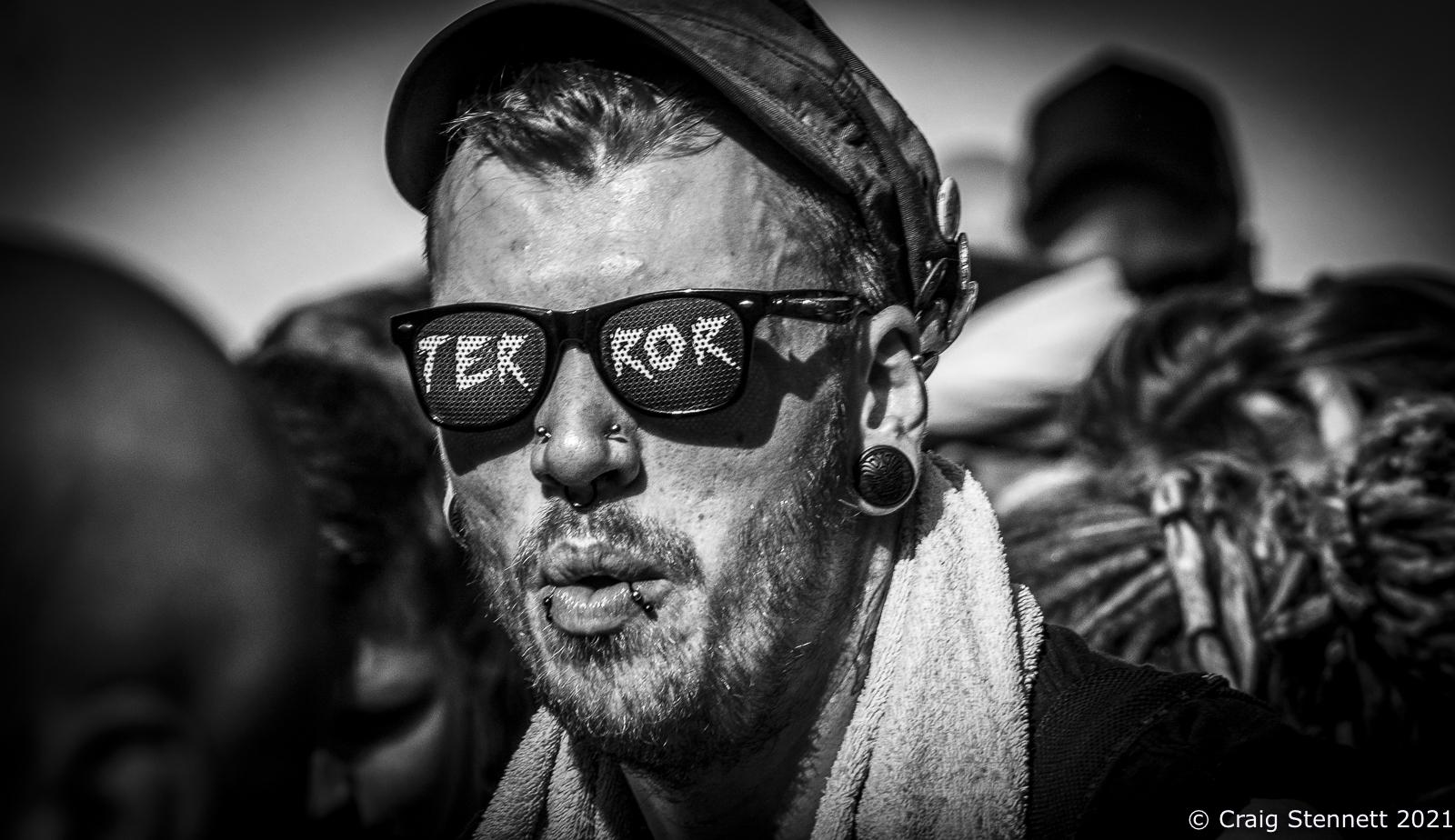 A BluePrint for Peace-Hand in Hand, Israel.

By craig stennett — Feature stories of both words and pictures from various assignments
Mar 20, 2021

Walks with my Daughter