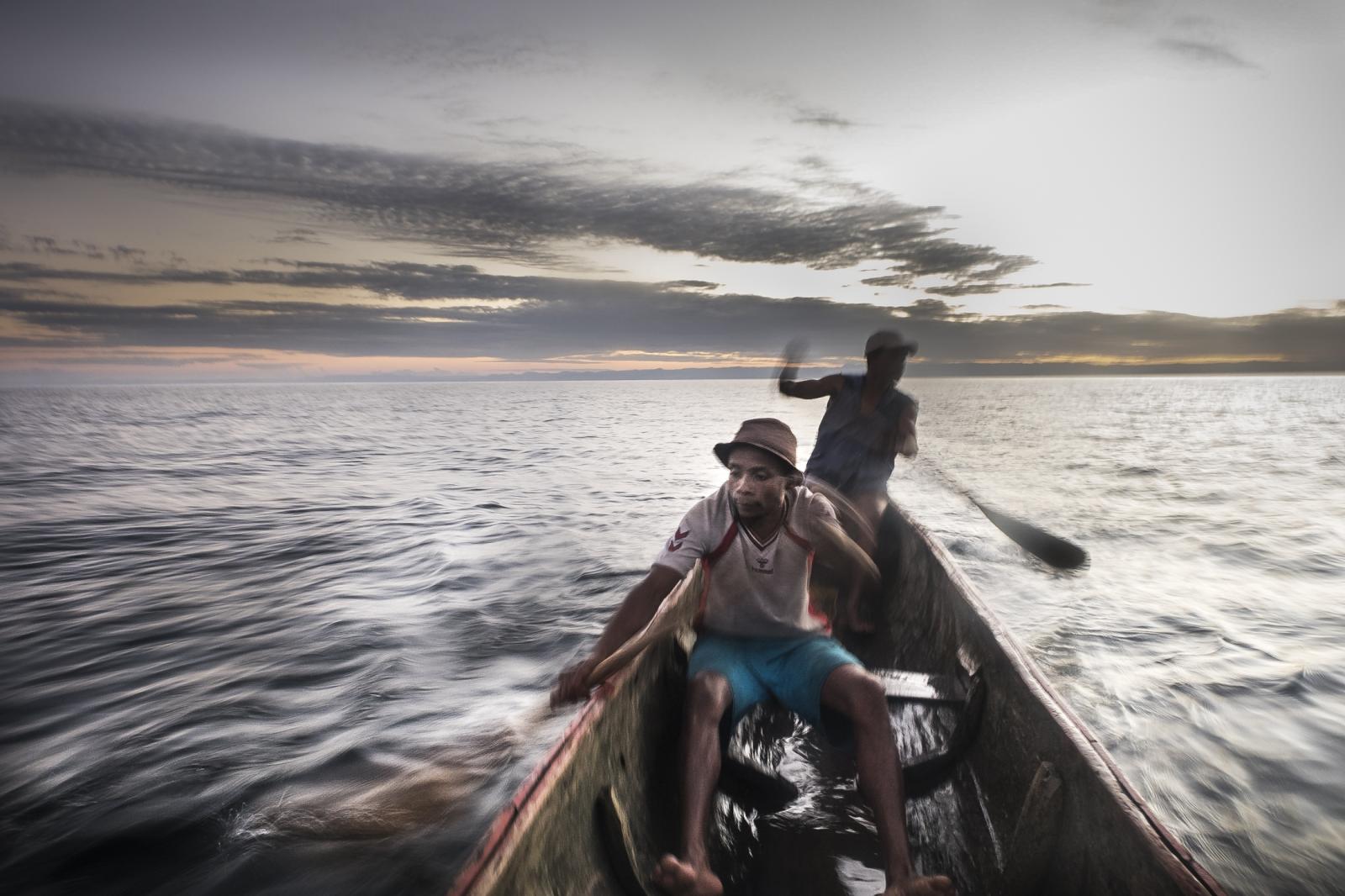 National Geographic Explorer Dr. Christopher Golden and his team of Harvard Planetary Health Scholars spent six weeks in Madagascar to better understand the human health impacts of environmental change. This series of stories will document this journey across Madagascar through the personal experiences of these students.
By Sabrina Devereaux, Harvard University undergraduate and Planetary Health Undergraduate Scholar
In 1984, the United Nations World Commission on Environment and Development (WCED) embarked on a project to gather global perspectives on sustainable development. For three years, a series of public hearings took place in cities across the world. The questions put forth in the Commission’s report, Our Common Future, have continued to be discussed, including in classrooms and conversations that I’ve had the opportunity to be a part of.
These are conversations dominated by the question of survival. The consequences of environmental degradation are so complex, difficult to predict, and expansive in scale that it is hard not to perceive of the coming century as some impending doomsday. Inequality is implicit in the likely impacts of climate change, with poor populations the most affected by sea level rise, increases in vector-borne disease, and extreme climate events. How can the global community ensure the long-term survival of these populations?
It was during one of these public hearings in Rio de Janeiro that a Brazilian delegate stood up to speak. With the plight of indigenous groups in mind, he proposed to the other members of the summit, “You talk very little about life, you talk too much about survival. It is very important to remember that when the possibilities for life are over, the possibilities for survival start. And there are peoples here in Brazil, especially in the Amazon region, who still live.”
I think it would be difficult for any person privileged enough to be born and raised in a developed country to truly understand the meaning behind this quote. But over my time here in Madagascar, it has returned to me again and again.
n conversations held in Harvard classrooms thousands of miles away, it is so easy to forget about lives. It sounds silly, but when people discuss such massive environmental problems, populations are almost always simplified to some extent. There are governments and citizens, fishers and farmers, rich people and poor people. Their perspectives and opinions are generalized based on the roles they play, as if sustainable development is just one big game of stakeholders and politics. The object of the game is survival: the long-term survival of the poor, the forest, a culture, a species.
For me, the objective of the game was the preservation of fish populations. It seemed an interesting question because fish stocks are linked with not only the survival of ecosystems, but the well-being of the fishermen and communities that rely on them. I thought I understood the players, and the perspectives they’d bring to the table. That the objective of everyone’s game would be survival first and foremost.
But the fishers I have talked to so far are not players; they are people. They are people who are living, not surviving. Teenage boys who sit in smoke-filled huts, passing around a bottle of rum and cursing the government for restricting access to a resource that they do not own. Fathers who are concerned for the economic prospects of their children. Men and women who have an intimate relationship with local species that is not captured in the lectures of professors and policymakers. Perhaps it cannot be.
Fishing around the world will decrease, whether through management or by necessity. College has taught me this fact, but Madagascar has taught me what it means. That the fisherman who invited me into his home must put away the 400-meter net that hangs from his bed post. While we spoke, he was mending it; running his fingers along every centimeter and weaving strength back into its structure. His toddler played with the fishing line. His wife was cooking nearby, cleaning the day’s catch. Every aspect of life I’ve witnessed in these villages is at risk: the net, the family, the food. Nothing could have prepared me for the heartbreak of coming to terms with the reality of the world I wish to change. That to ask a fisher not to fish is to ask him not to live.
I am still a student. My actions and opinions have little potential to make people’s lives better. But I hope one day they will. In the meantime, I burden myself with the responsibility of truly understanding the distinction between living and surviving. One day, we will learn to promote one without diminishing the other.

800,000 Children Under 5 Shouldn't Be Dying From Diarrhea

How a Vaccine for Chickens Can Help Save the Lemurs

By Chris Golden — How a Vaccine for Chickens Can Help Save the Lemurs National Geographic Explorer Dr. Christopher Golden and..
Oct 28, 2019

Two Pink Lines and the Fear of Death: Why Community Orientation is Critical to Public Health Interventions

By Chris Golden / Madagascar — Two Pink Lines and the Fear of Death: Why Community Orientation is Critical to Public Health Interventions..
Oct 28, 2019

The Faces Behind the Statistics of Environmental Change

From Jamaica to Madagascar: Consistent Meaning of Resilience and Need for Planetary Health

By Chris Golden / Madagascar — From Jamaica to Madagascar: Consistent Meaning of Resilience and Need for Planetary Health National..
Oct 28, 2019

Imagining a Future Without Wildlife in Madagascar

Ideas Are Like Eggs: Once Hatched, They Have Wings

By Chris Golden / Madagascar — Ideas Are Like Eggs: Once Hatched, They Have Wings National Geographic Explorer Dr. Christopher Golden and..
Oct 28, 2019