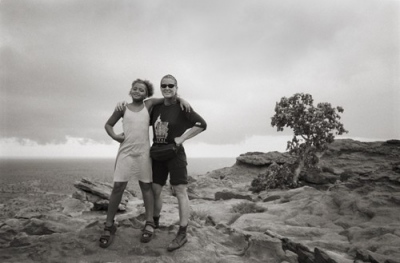 Â  Â My career as a photographer began while studying at Columbia College in Chicago under the tutelage of Bob Thall, Ruth Thorne-Thomsen and Alan Cohen. These mentors helped me develop a particular affinity for portraiture and... read on
| cherylkoralik.photography
About
Â

the tutelage of Bob Thall, Ruth Thorne-Thomsen and Alan Cohen. These mentors helped

This exploration led me to Milan and, after developing my own style, I began shooting

fashion editorials for magazines such as Vogue, Marie Claire and Harper's Bazaar .

Exposure from this work brought me international recognition, resulting in fashion

Cacharel in Paris; and numerous other clients.

My work then segued and became more focused on advertising. I produced award-winning

Institution, among others. The awards included a Ceba for Excellence (1990),

During this time, I was reintroduced to portraiture, shooting personage such as John Hurt,

Â and VibeÂ magazines. Through this work I reconnected with my photographic origins and

realized that, at this point in my journey as an artist, I needed to take my work to a more

personally gratifying level. I began to explore a photojournalistic path and traveled to India

and Burkina Faso on humanitarian assignments with the non-governmental organization,

Action on Disability and Development. This is when I discovered the West African

masques. And, suddenly, with an organic force and a passionate surge of obligation, my

life changed completely. I found my true voice, my own personal work. Thus began a new

Over the next two decades, I made several expeditions to various West African countries,

associated rituals. Based on the ancient belief system of animism, the ceremonial masques

are a tradition that has been passed down through generations. My documentation is a

portrait of a secret society, a sacred part of African heritage.

The masque photographs have been exhibited internationally in galleries and museums

including the Musée de L'Elysée in Lausanne, the Center of Photography in Woodstock,

and Charlotte Jackson Fine Art in Santa Fe. A selection of the masque series resides in the

permanent collection of the Musée de L'Eysée as well as other private collections. These

photographs have been featured in publications including The Sunday TimesÂ magazine,