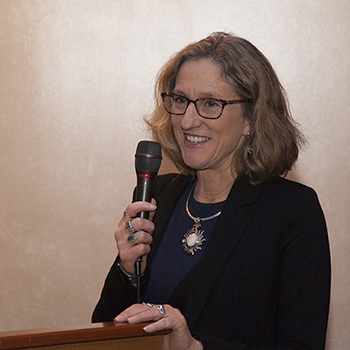 Photographer @ Self-Employed based in Asheville, NC

When I began photographing it was to express the spiritual lessons I learned while immersed in nature. I was influenced by both indigenous worldviews and the philosophy of the thirteenth-century German mystic Hildegard von Bingen, who... read on
www.lynnebuchanan.com/
About

When I began photographing it was to express the spiritual lessons I learned while immersed in nature. I was influenced by both indigenous worldviews and the philosophy of the thirteenth-century German mystic Hildegard von Bingen, who was similarly inspired by the spiritual aspects of the natural world and nature as a path to spiritual revelations.  She defined the creative power of life as “viritas” or “green growth.” In sharing the lessons I learned about the web of life while hiking or kayaking on a river, my intent was to encourage viewers to explore their own relationships with nature and especially water, which Jung saw as a symbol of the unconscious and a source of creative power. Equally important was my hope that my pictures would inspire people to preserve the unique and unparalleled beauty of waterways, especially the lesser known rivers and inlets of Florida where I first began making images.

As I continued to photograph, my focus shifted to recording natural beauty at risk of being irreparably damaged and lost. The more I saw the more concerned I became for the state of waterways and nature both locally and globally.  It became apparent that the health and welfare of all life forms and people on the planet were being affected too.  Having spent much of the past decade in Florida, it was hard not to notice the impact of climate change on ecosystems and biodiversity.  Frequent flooding from more intenese storms altered the freshwater/saltwater mix of estuaries and bays, as did discharges of polluted water from Lake Okeechobee released to ensure that homes built on swampland were not inundated by water. Sea level rise and saltwater intrusion also affected water quality and contributed to more frequent and intense algae blooms. I saw how not being able to connect with waterways because they were too toxic to fish or swim in affected people both psychologically and physically.

At the end of my Florida's Changing Waters project, which is being published by George F. Thompson, I was overcome by a feeling of deep loss, but also by the awareness that climate change can be slowed, water can be cleaned, and the earth can at least partially recover from the harm we are causing if humans care enough to do something about it. I am continuing to make images related to the themes of  water and climate change in Asheville, where I recently moved, and around the world.  When I share images of devastation, it is my hope that viewers will feel the pain I experienced and be motivated to stop the damage and the loss. The images of healthy waterways and ecosystems show my emotional connection with nature, especially bodies of water, and the sustenance I receive from being in and around them. It is my fervent hope that the pockets of pristine beauty that still remain on this planet will inspire people to discover their own love and respect for the environment and water and to act to preserve what they can before more is lost.