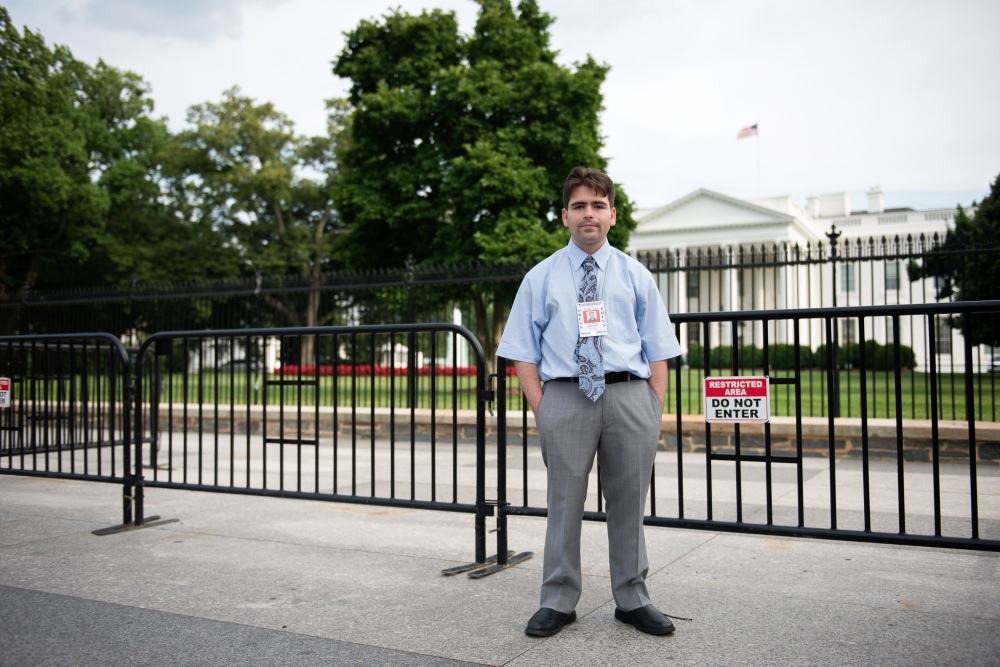 News
Meet The 20-Year Old Reporter Who's Firing Questions At President Trump--From The White House
sophie brill
Jun 16, 2017
Kyle Mazza created a news site when he was just eight years old. By high school, he was already on the front lines of independent journalism.

In February, Mazza caught the attention of President Trump and, thus, the broader media world. During Trump’s first solo press briefing, Mazza squeezed in a question about what Melania Trump does for the country. It elicited an amiable response from the heated president, who had gone on a media-bashing rampage.

“Now that’s what I call a nice question. That is very nice,” Trump responded.

Getting Hooked on the Weird and Wonderful World of Body Suspension

By Sophie Brill — Devotees of this peculiar pastime insist there’s nothing more blissful than hanging from hooks laced..
Oct 12, 2017

By Sophie Brill — NYC: I'm humbled to share that my thesis project, "Proof of Age," which deals with the inconsistencies in..
Oct 2, 2017

The Housing Battle at the End of the World

From Ancient Greece to Barroom Pastime, This Pro Team Epitomizes the Evolution of Arm-Wrestling

By Sophie Brill — The traveling Willamette Valley High Rollers are out to prove their sport is real, and that it’s not just..
Aug 7, 2017

By Sophie Brill — The notorious case of Andrea Yates was the first time many people – including George Parnham – had ever..
Aug 2, 2017

By Sophie Brill — The brutal bloodsport Lethwei has caught fire – so much that parents are putting their kids in the ring...
Jul 31, 2017

By Sophie Brill — They spent decades fighting, unpaid and uncelebrated, for socialist movements from Angola to Iraq. But as..
Jul 26, 2017

These FARC Guerrillas Are Trading Their Guns for Cameras

By Sophie Brill — They spent the majority of their lives with weapons in their hands and war on their minds. Now, a group of..
Jul 20, 2017

Welcome to Moonlight Rollerway, Where Nothing Has Changed Since 1956

By Sophie Brill — This California roller rink has held an Organ Night every Tuesday since Eisenhower. And the diehards are..
Jul 12, 2017

For These Orthodox Jewish Designers, Leopard Print is the New "Modest" Fashion

By Sophie Brill — In hot pink and spandex, these are not your grandma’s shmatas. Photography by Sara Swaty Read the full..
Jul 5, 2017

This Standup Comic Turned His Disability Into Comedy Gold

By Sophie Brill — Chris Crespo was born with a rare physical condition that left him with half-length arms – and a killer..
Jun 29, 2017

Stuck in Limbo, These Muslim Men Are Turning to Prostitution, and Grappling with Guilt

By Sophie Brill — Today on Narratively: inside a refugee camp in Greece, where Afghans take desperate measures to feed their..
Jun 28, 2017

By Sophie Brill — Dividing his time between Harlem and France, he was treated at some times as a champion and others as scum...
Jun 16, 2017

These African Refugees Hoped to Build New Lives in Israel. Instead, They're Stuck in Endless Legal Limbo.

By Sophie Brill — According to the Aid Organization for Refugees and Asylum Seekers in Israel (ASSAF), Eritreans and Sudanese..
Jun 7, 2017

The Jamaican Dance Style Keeping Brooklyn Kids Off The Street

By Sophie Brill — His love for the 'bruk up' dance helped this one-time drug dealer turn his life around. Now, he's bringing..
Apr 21, 2017

In America, Owning Your Own Land Doesn't Mean You Can Stop Oil Companies From Ruining It

By Sophie Brill — "Polluted groundwater put these Wyoming farmers' livelihoods at risk. They found out the hard way that what..
Apr 21, 2017

This Italian Soccer Team Is Made Up Entirely of Refugees

By Sophie Brill — "They traveled unimaginable distances in search of a better life. Now, one inspiring sports club is helping..
Apr 21, 2017