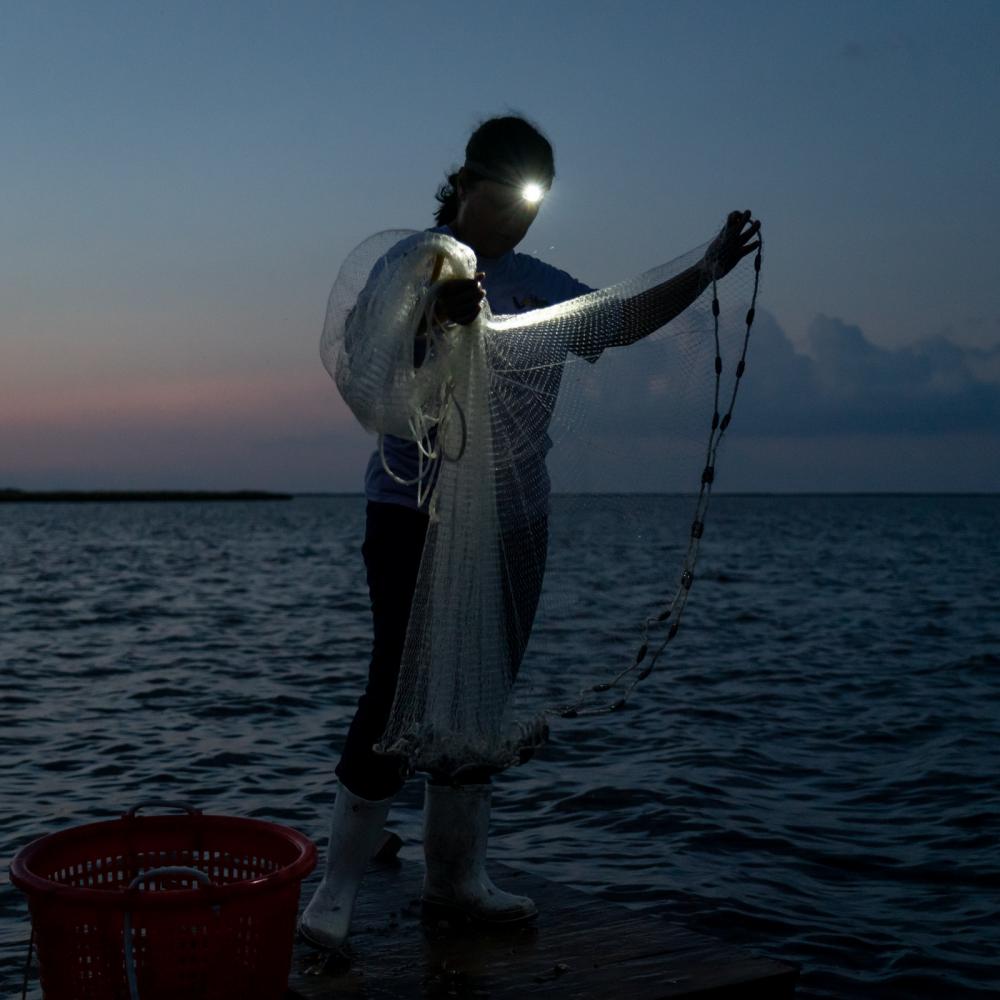 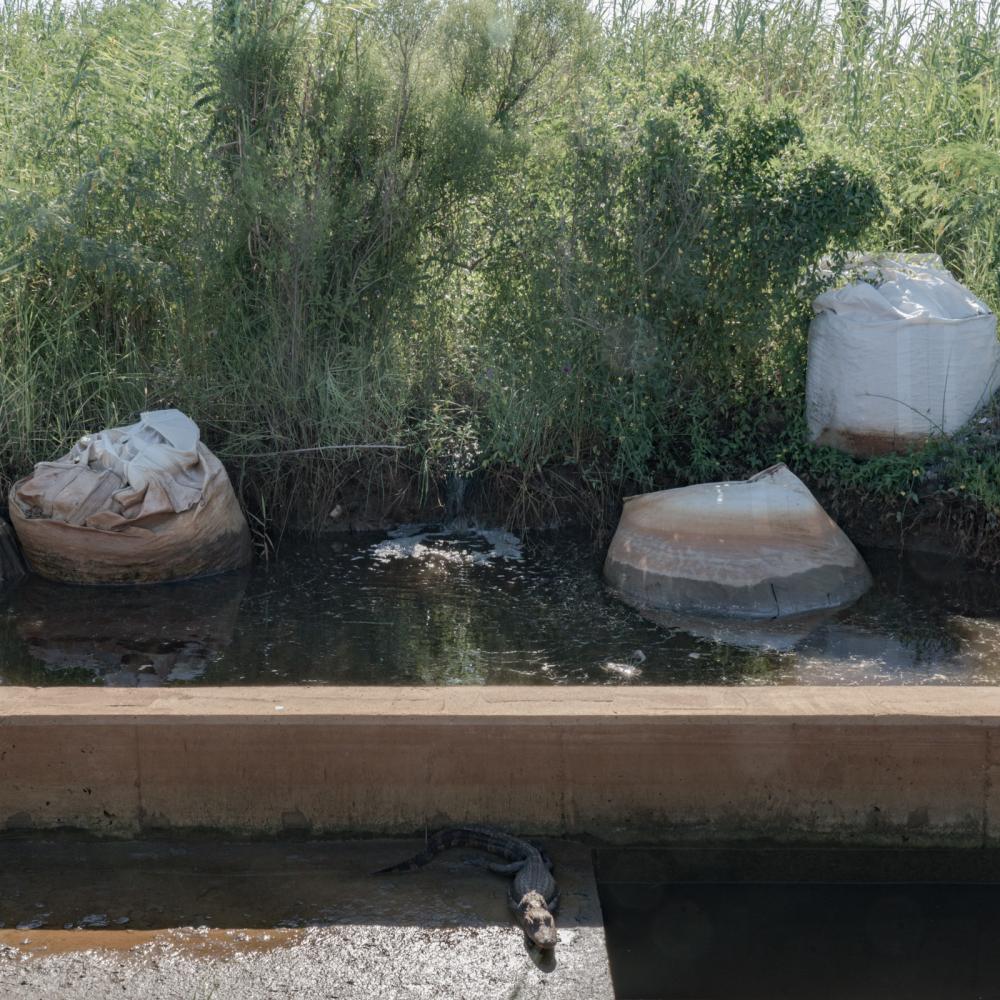 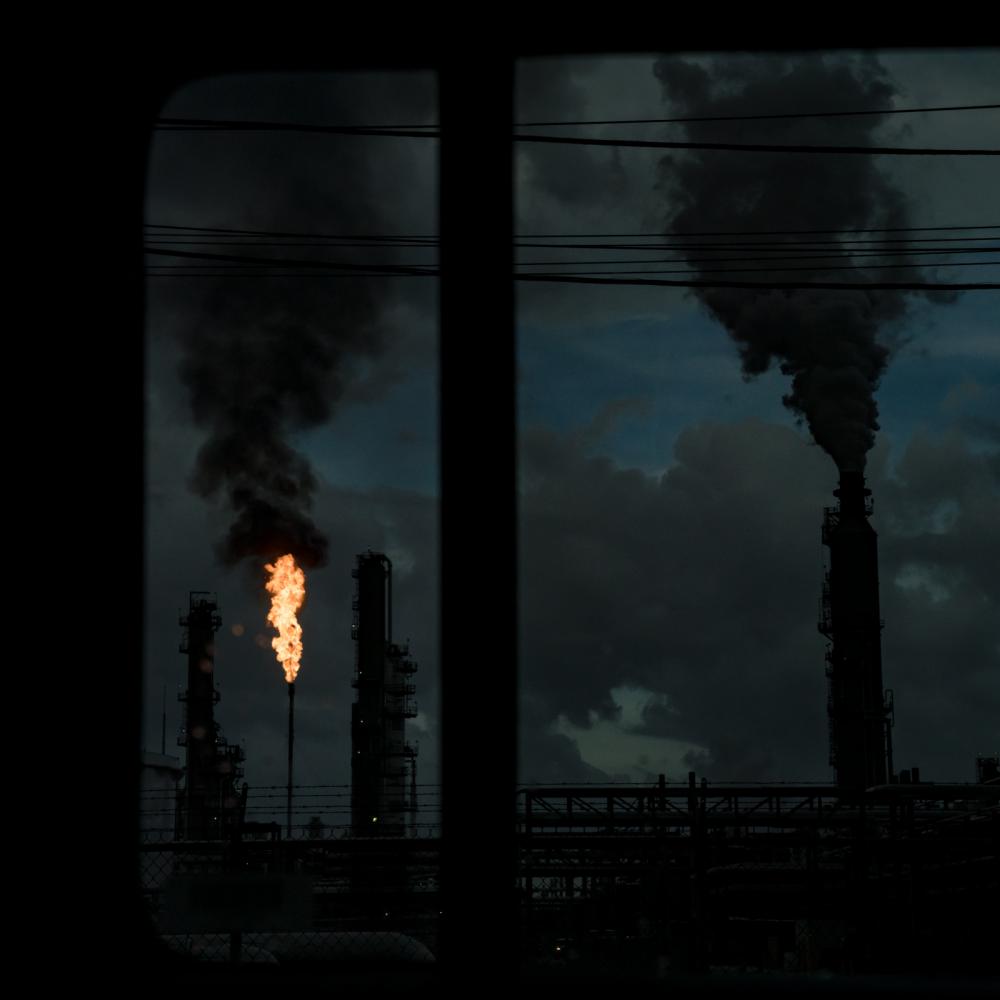 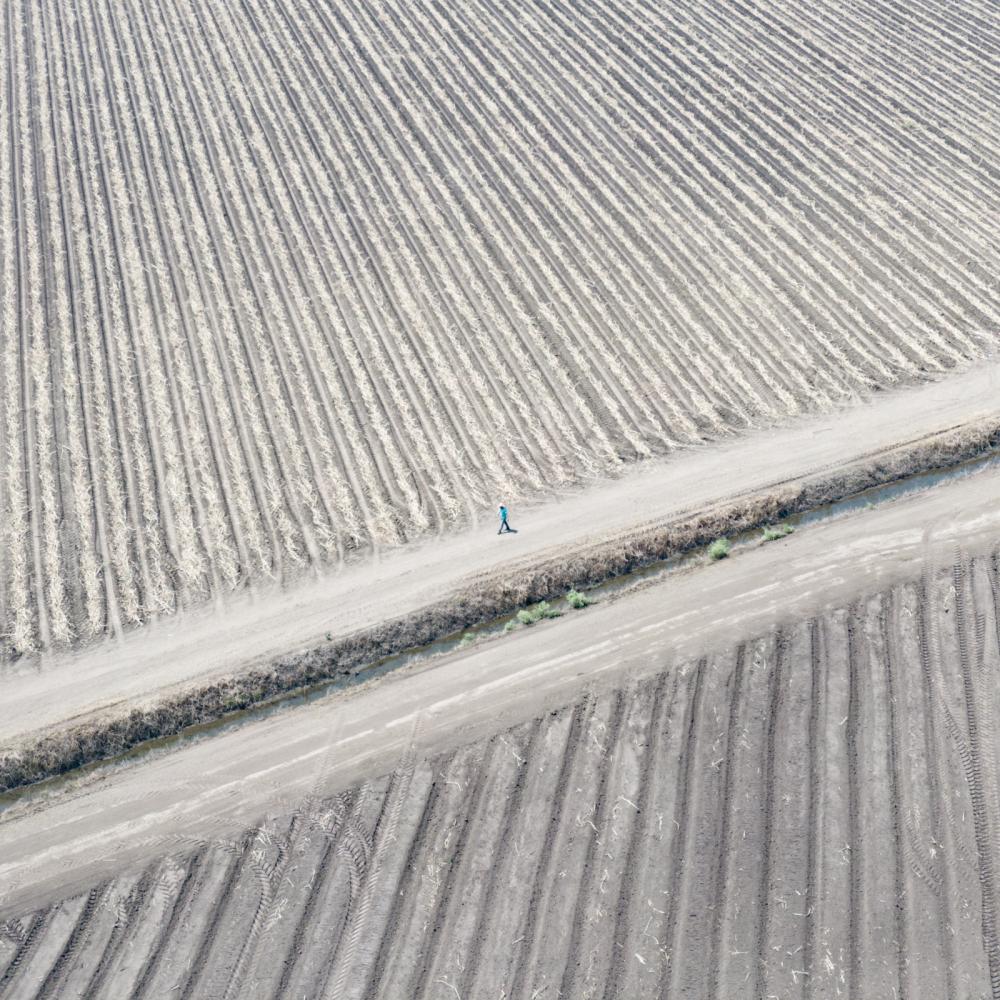 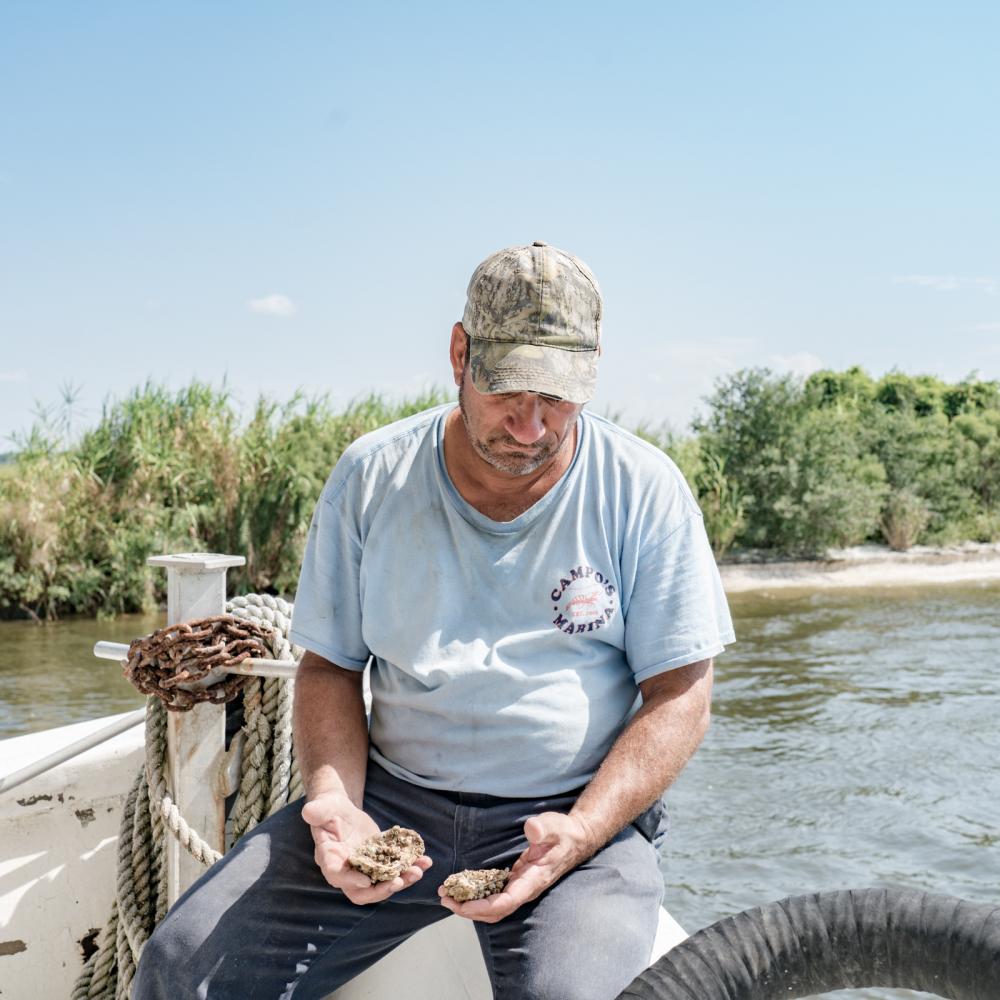 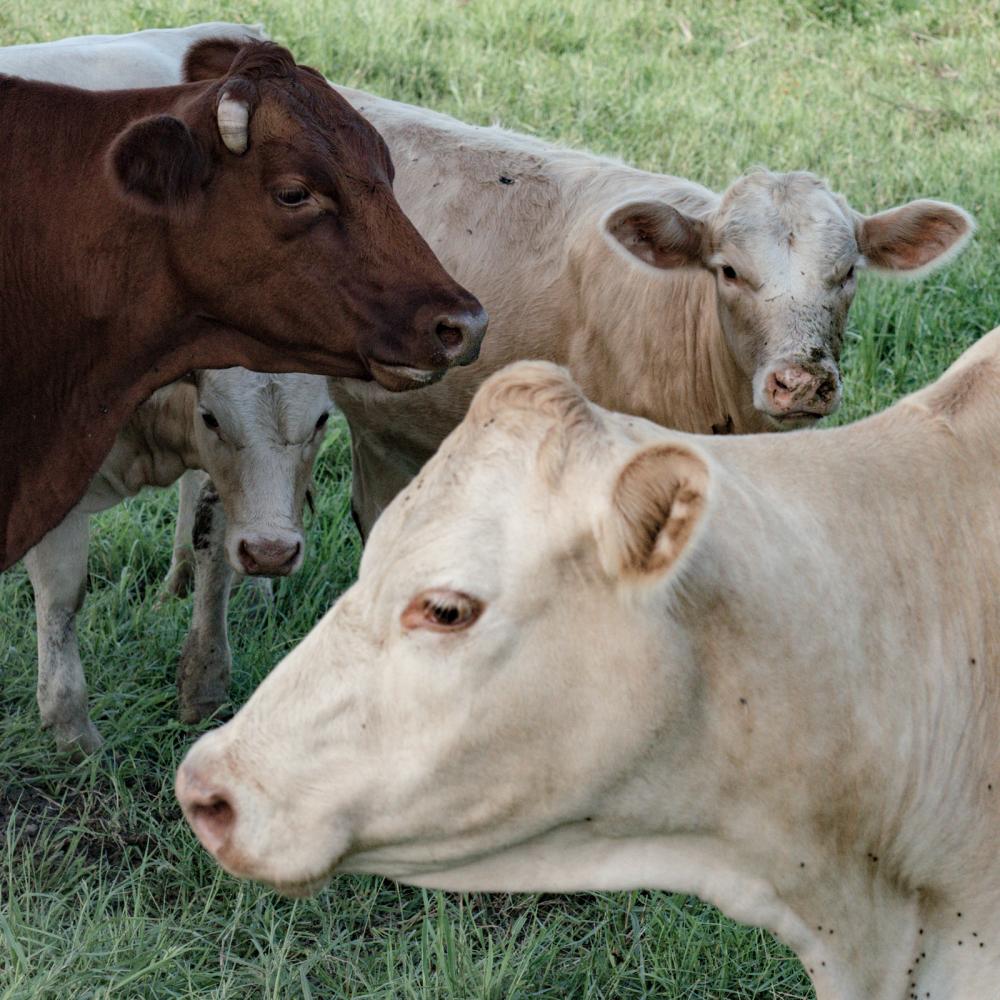 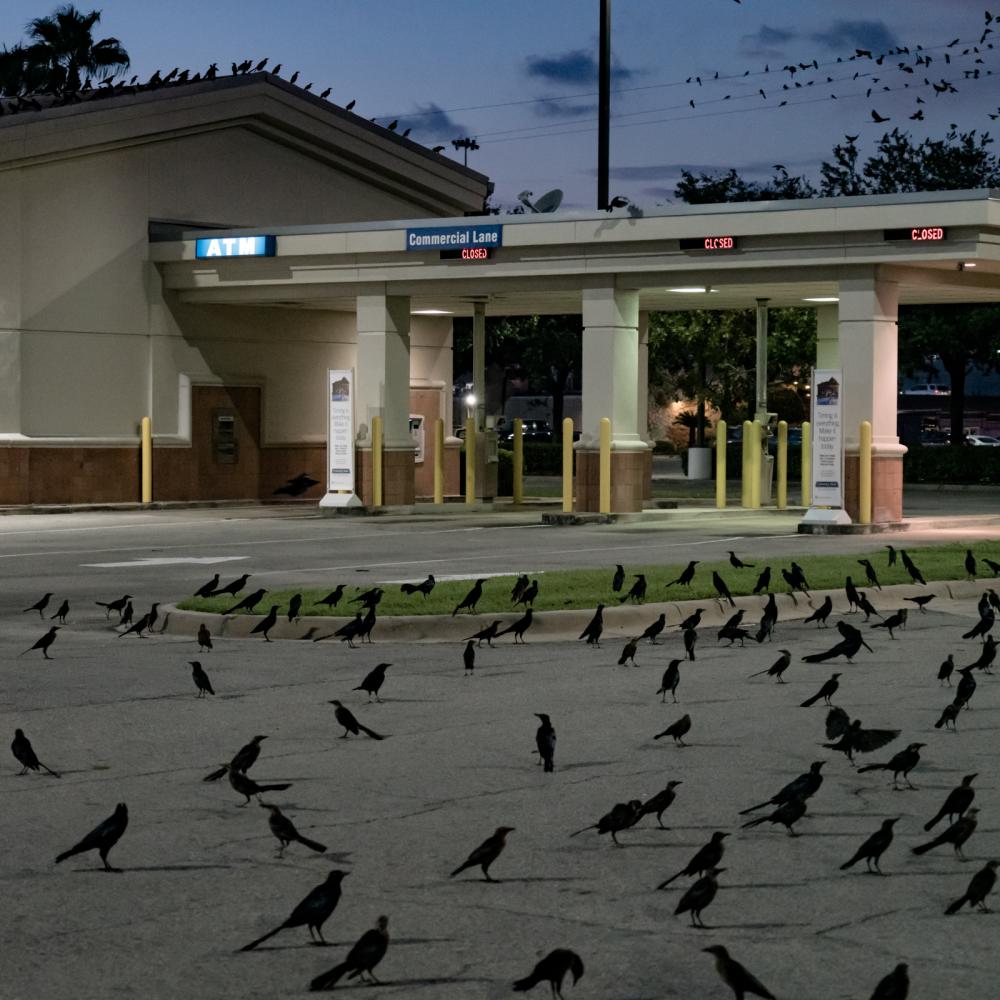 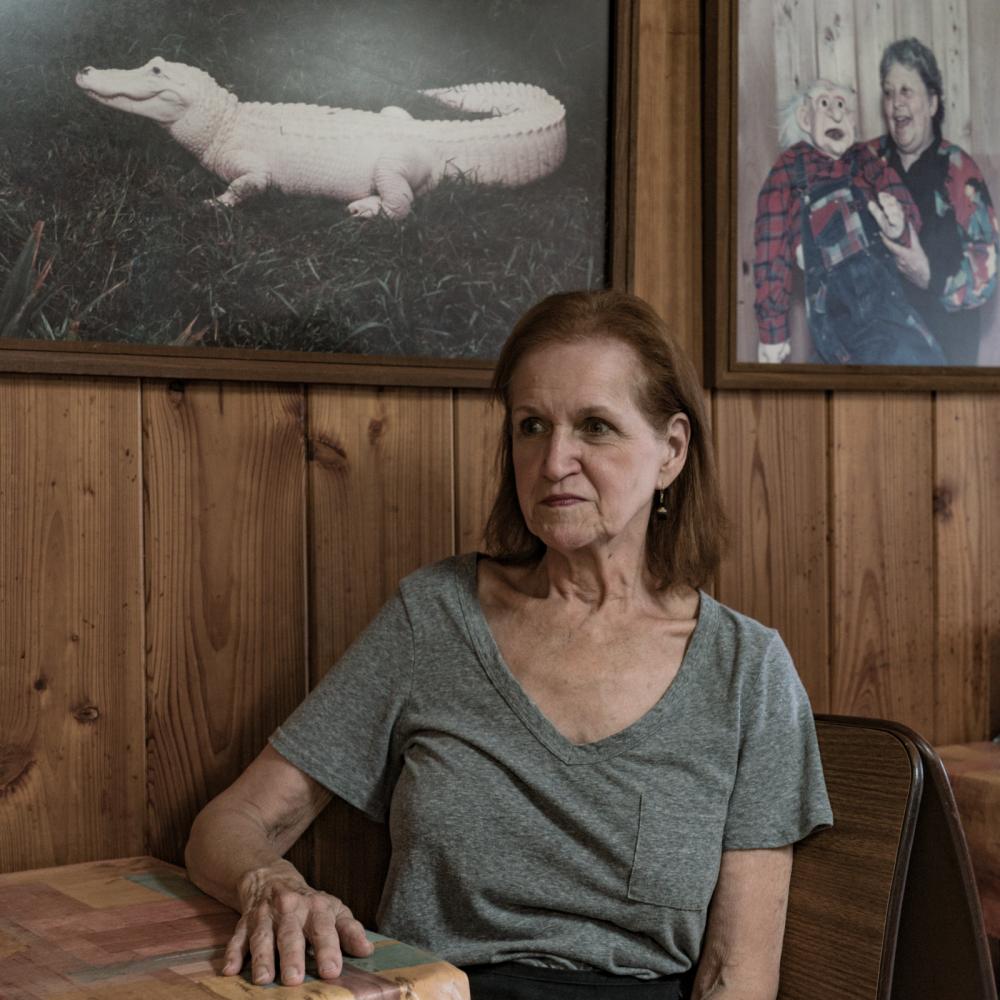 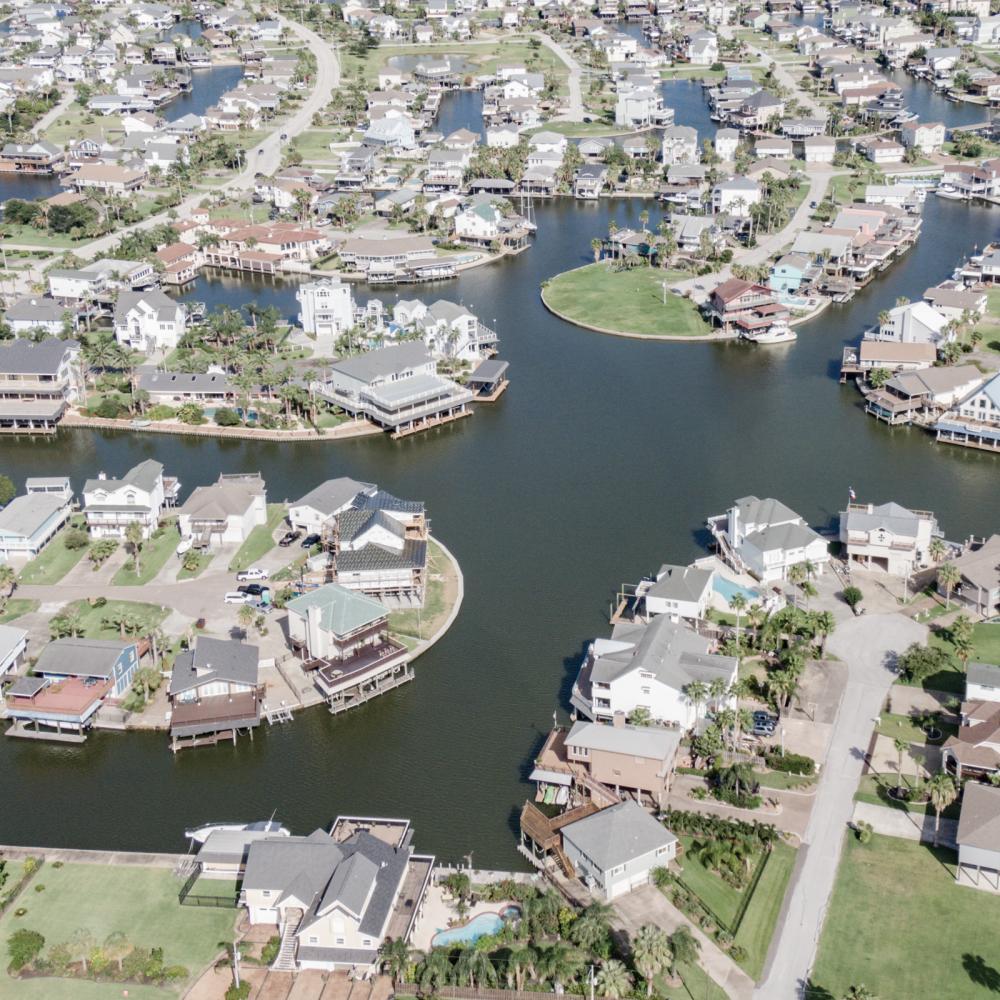 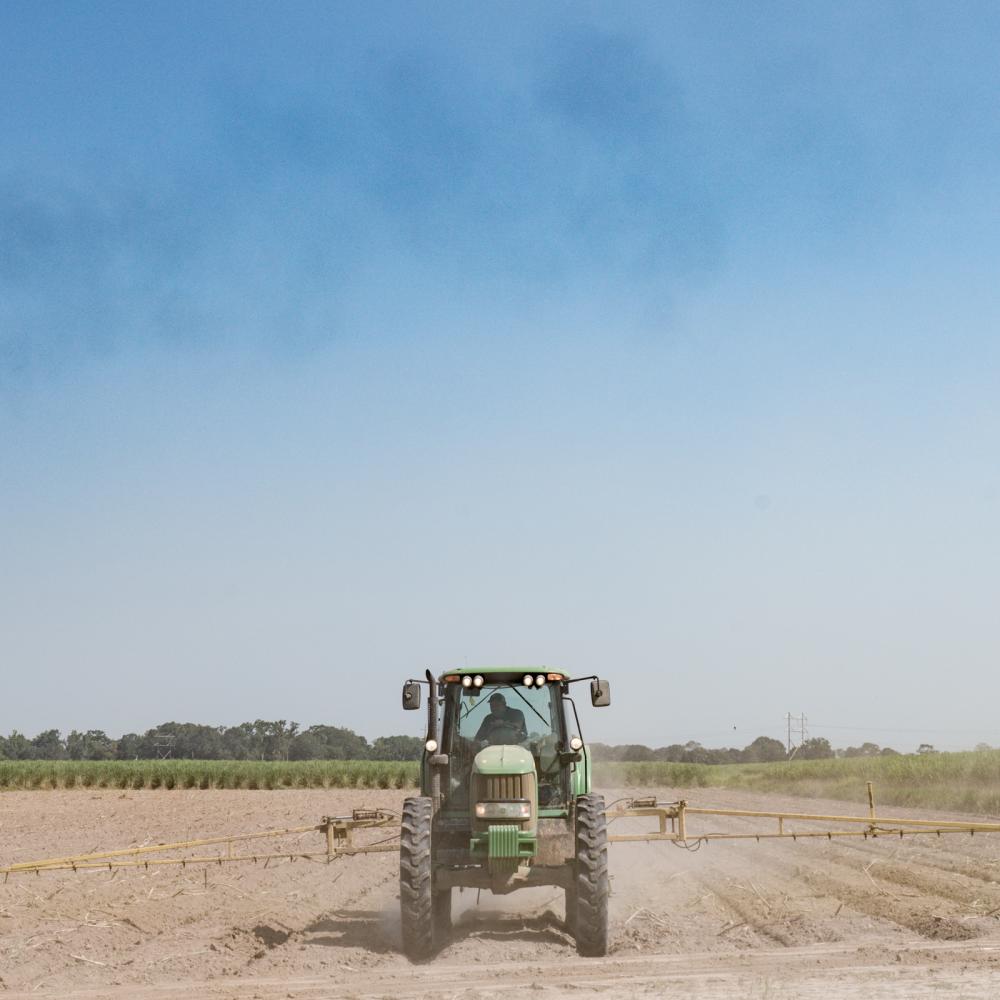 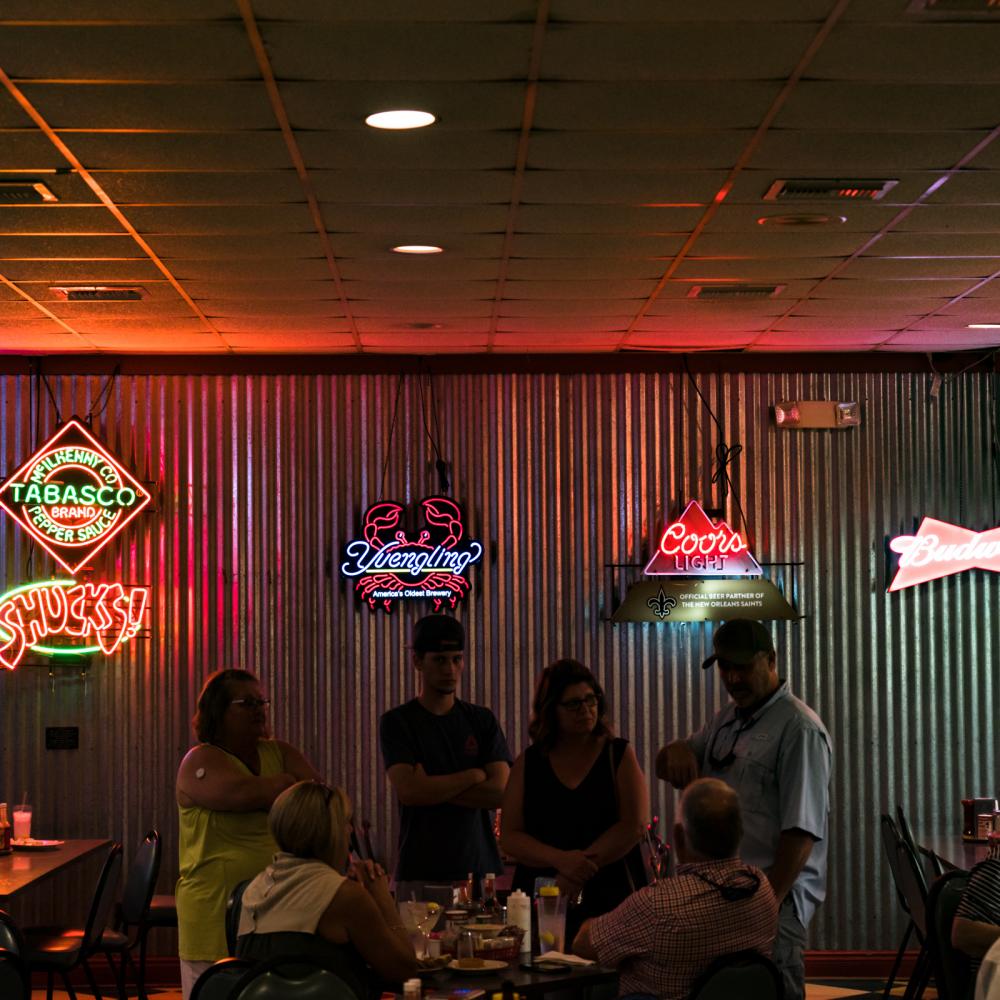 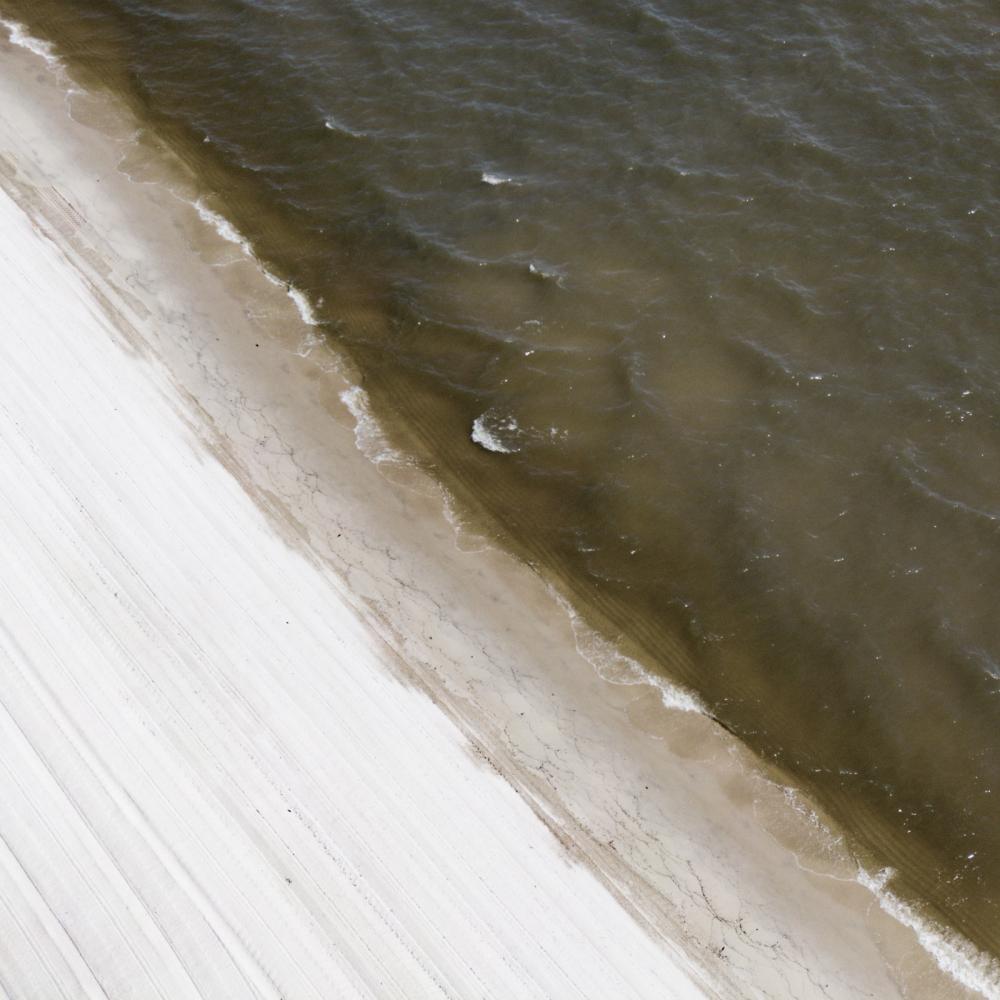 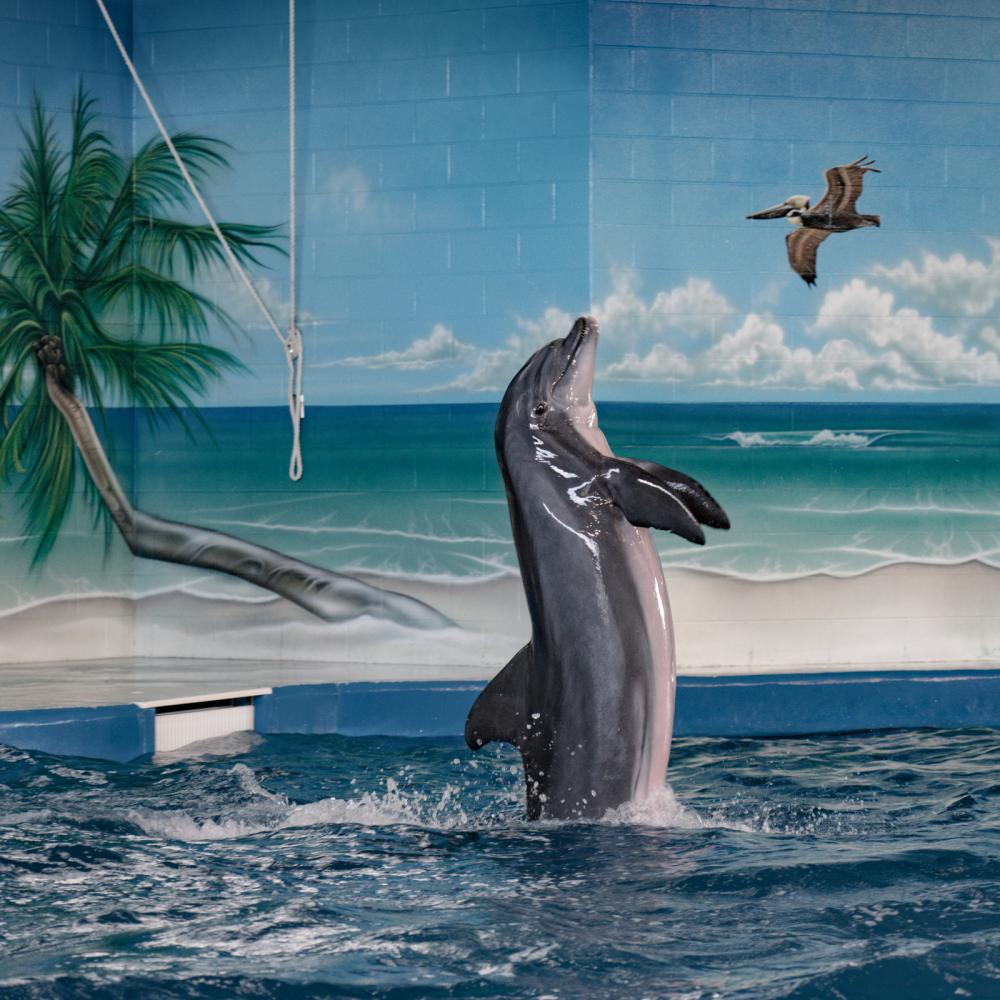 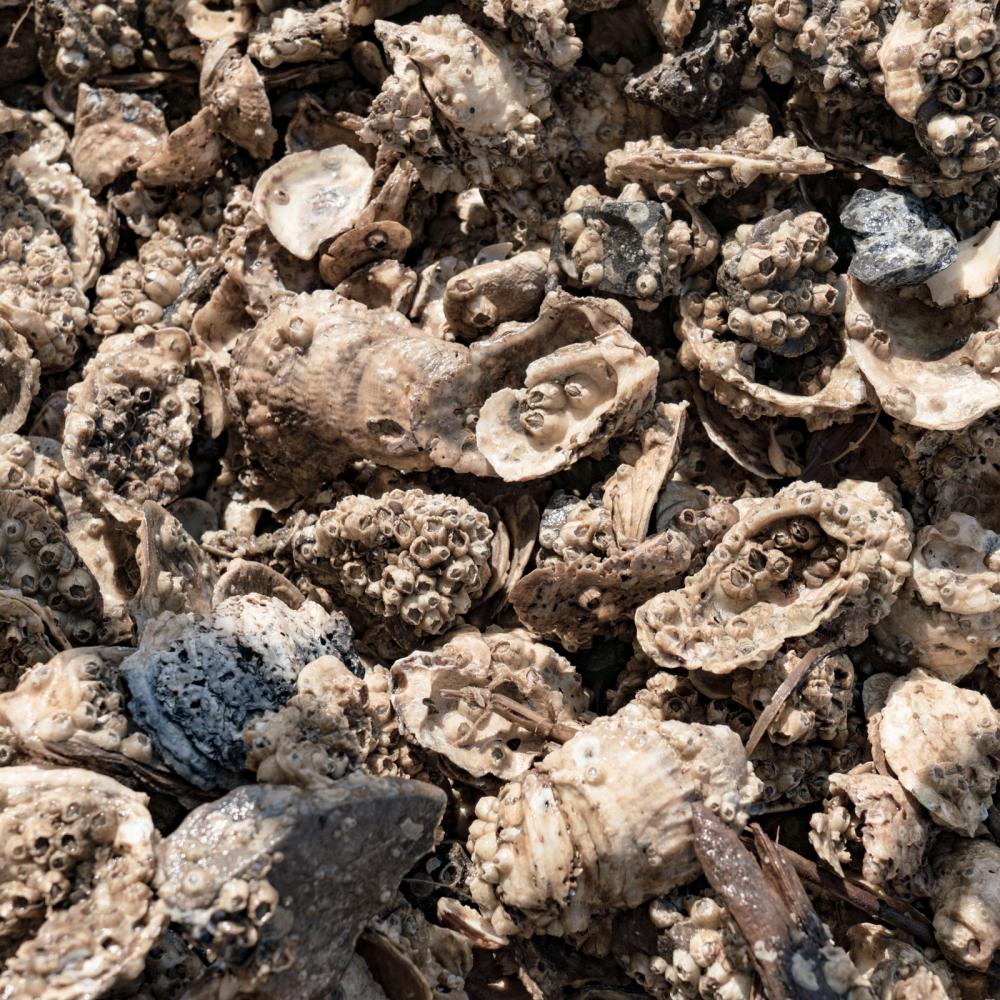 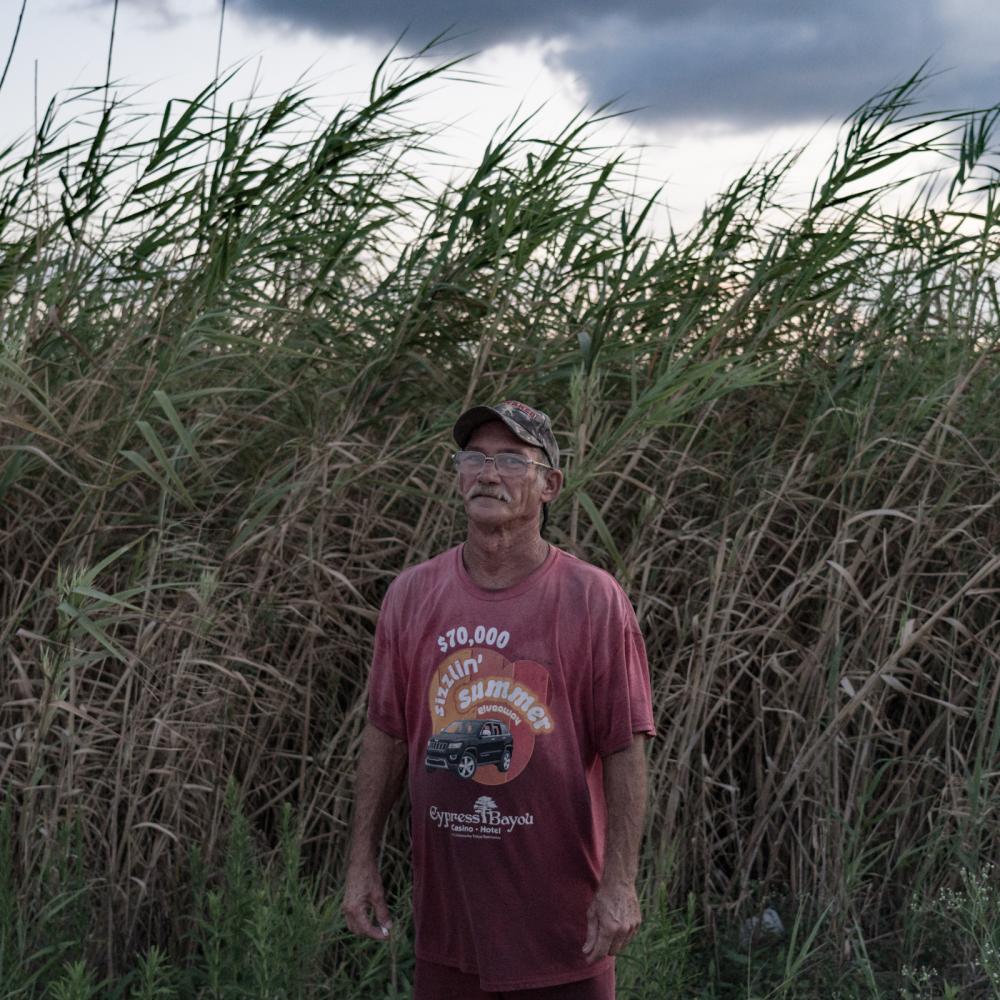 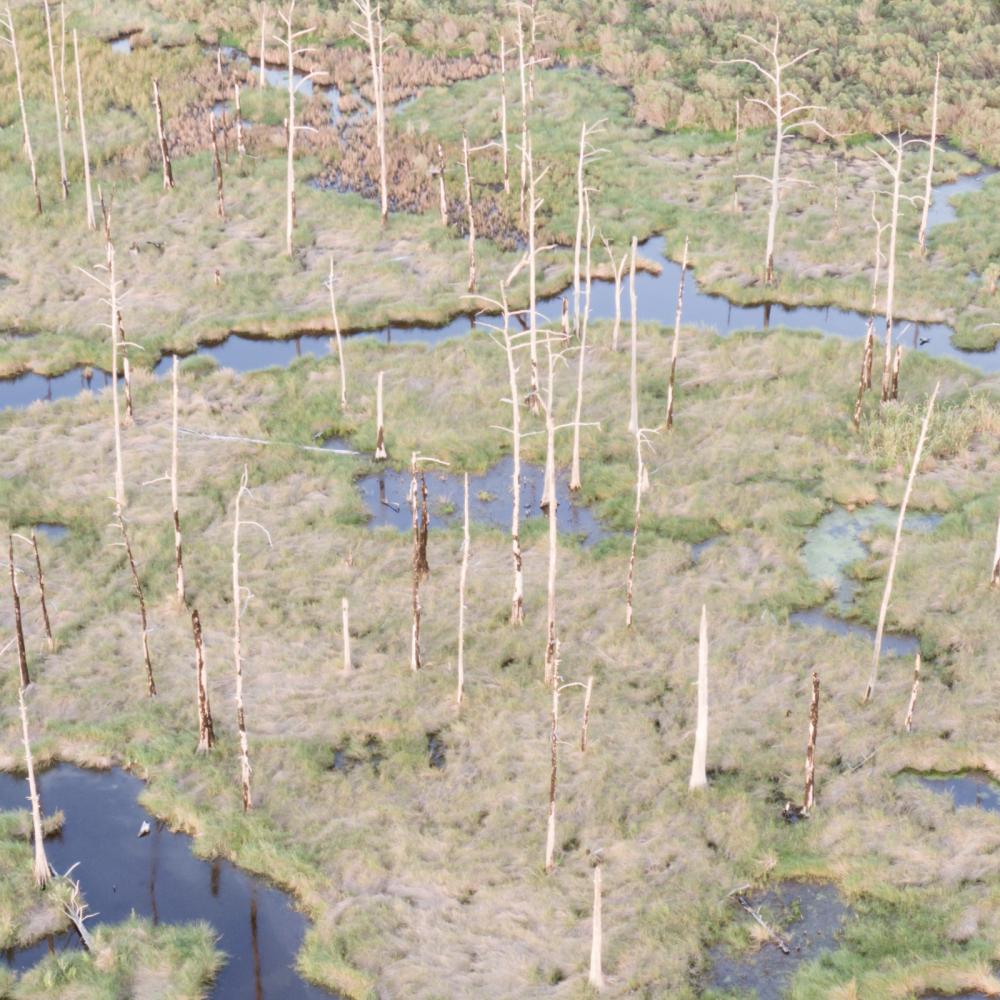 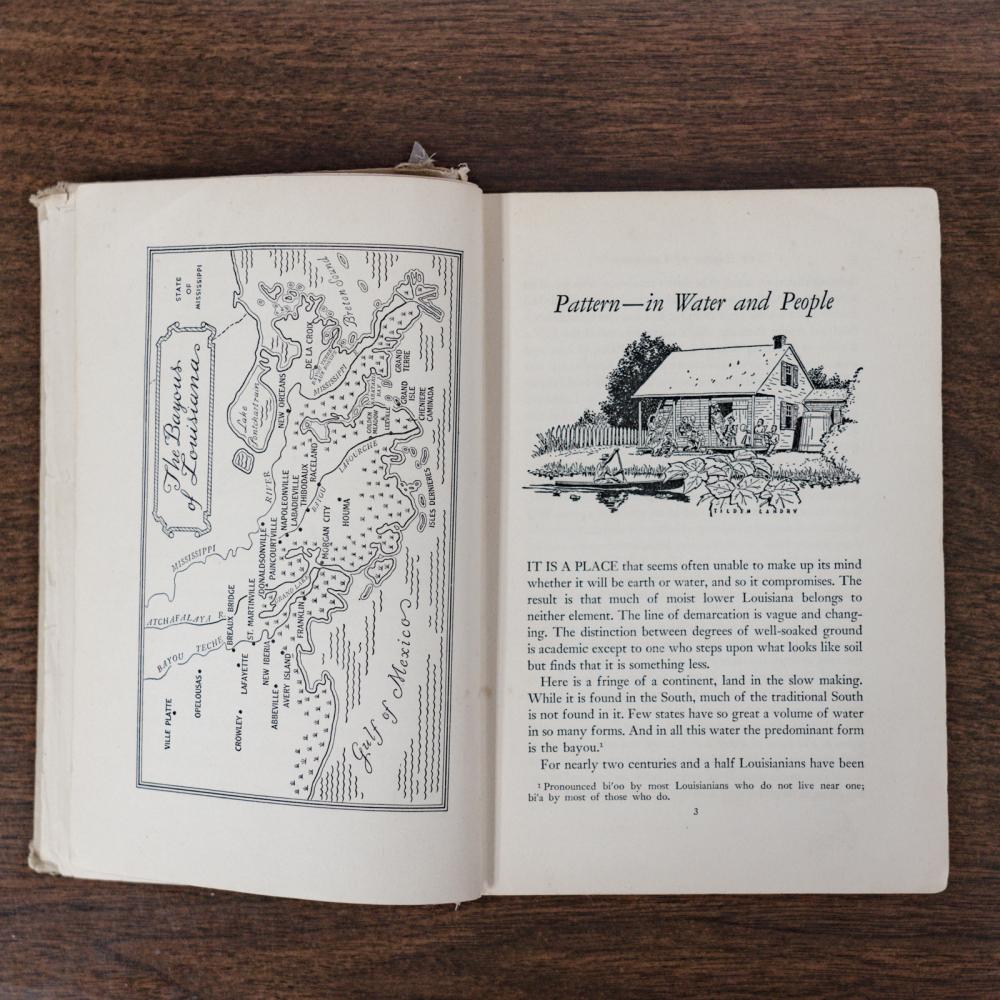 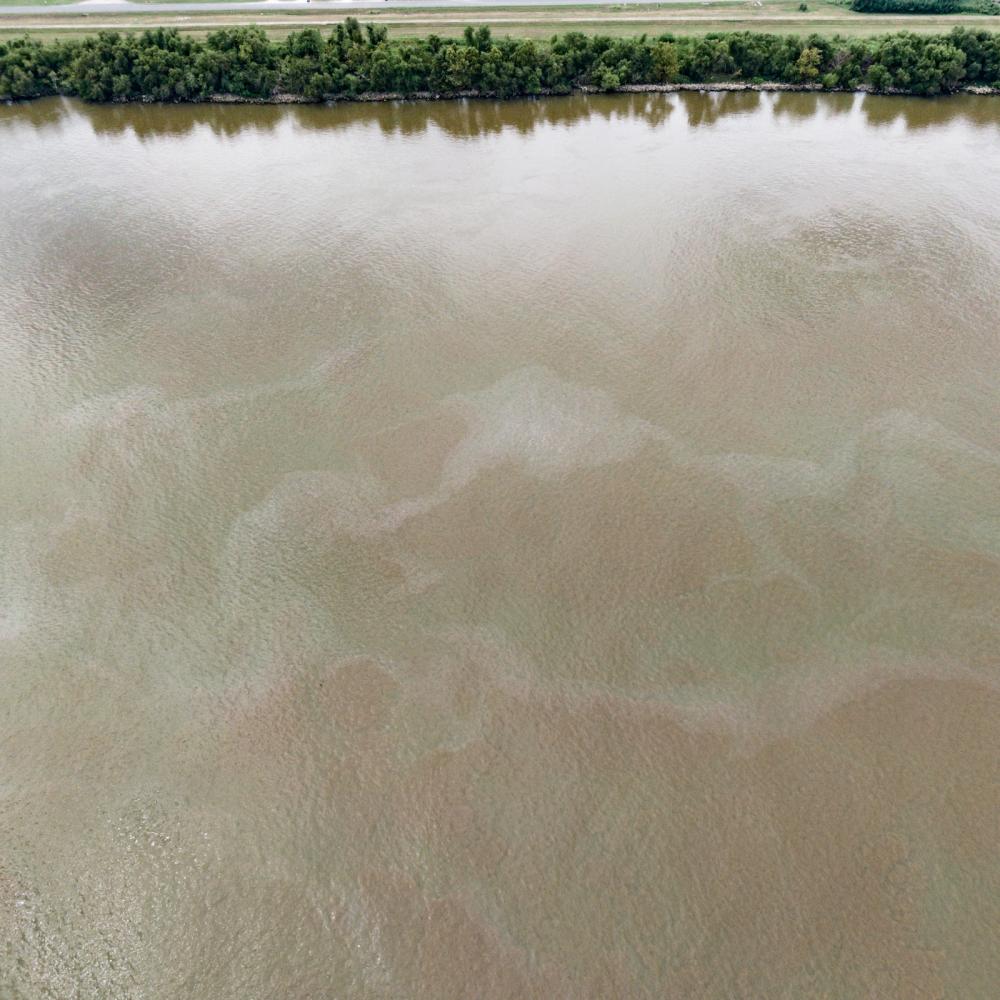 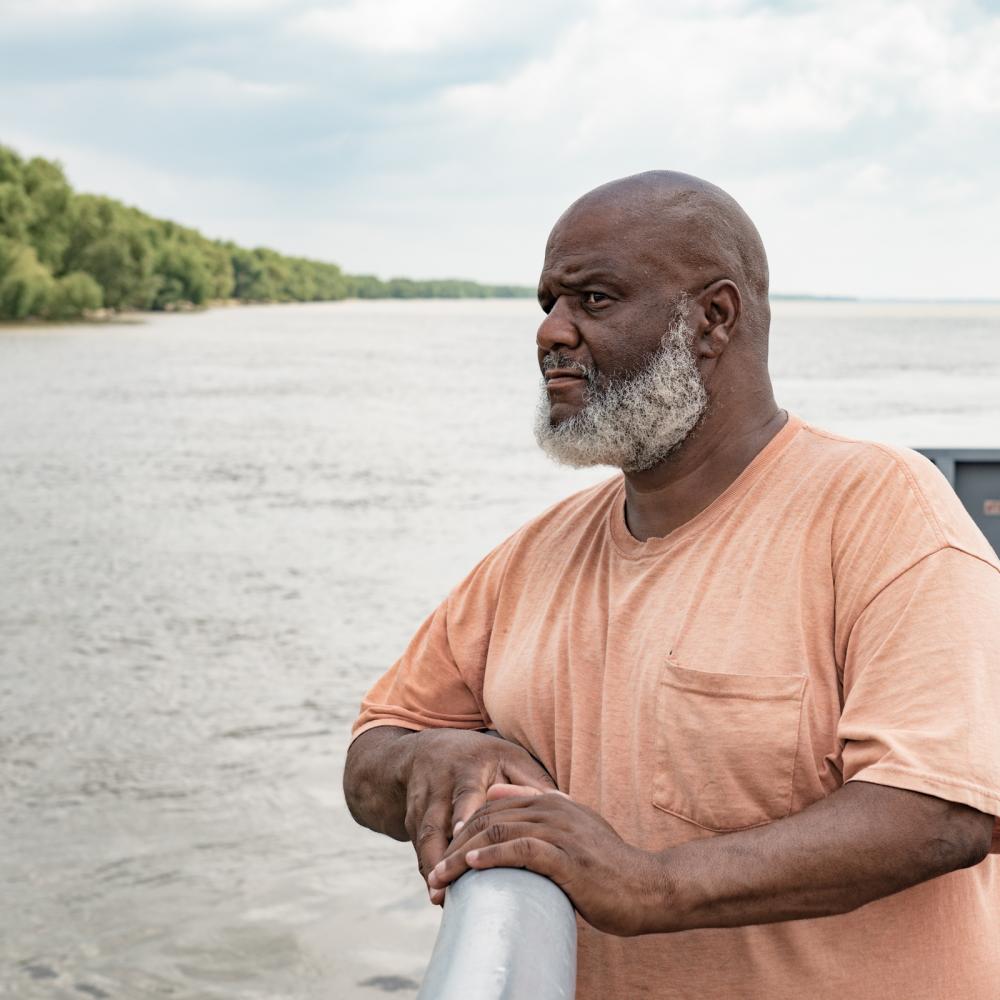 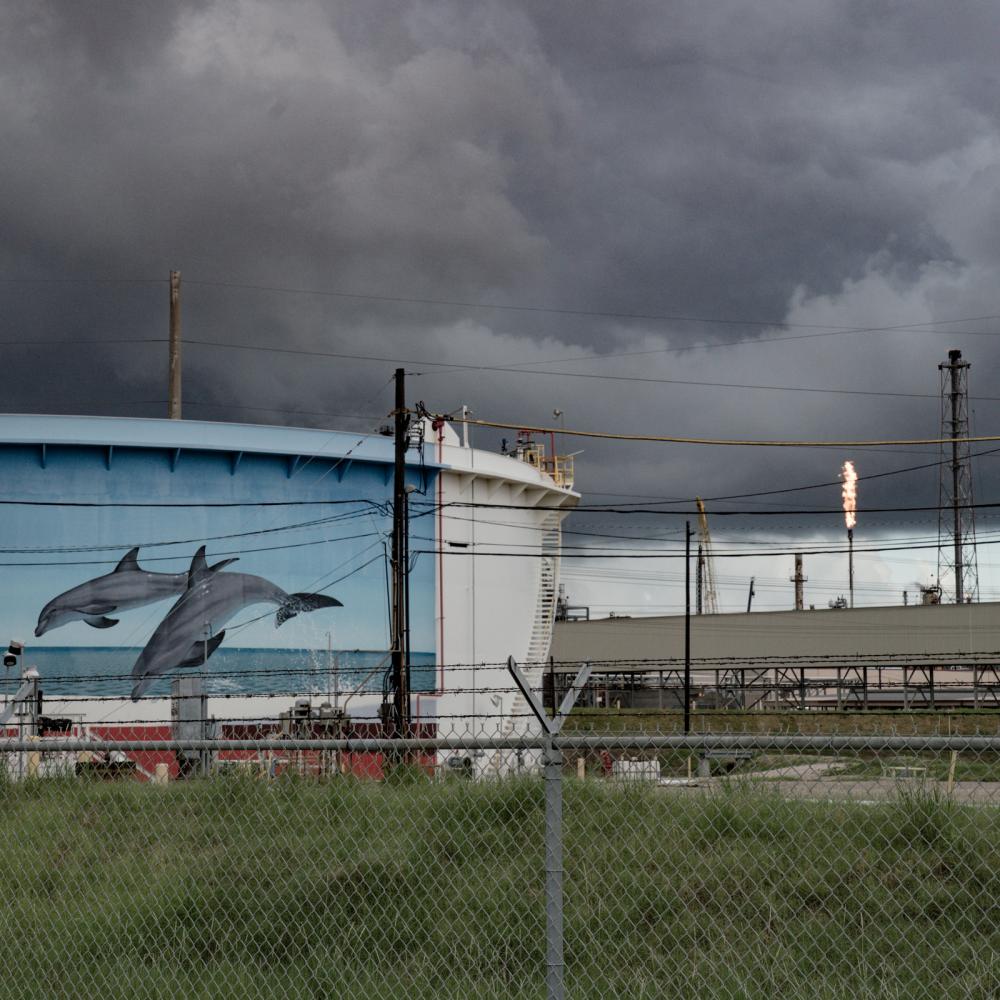 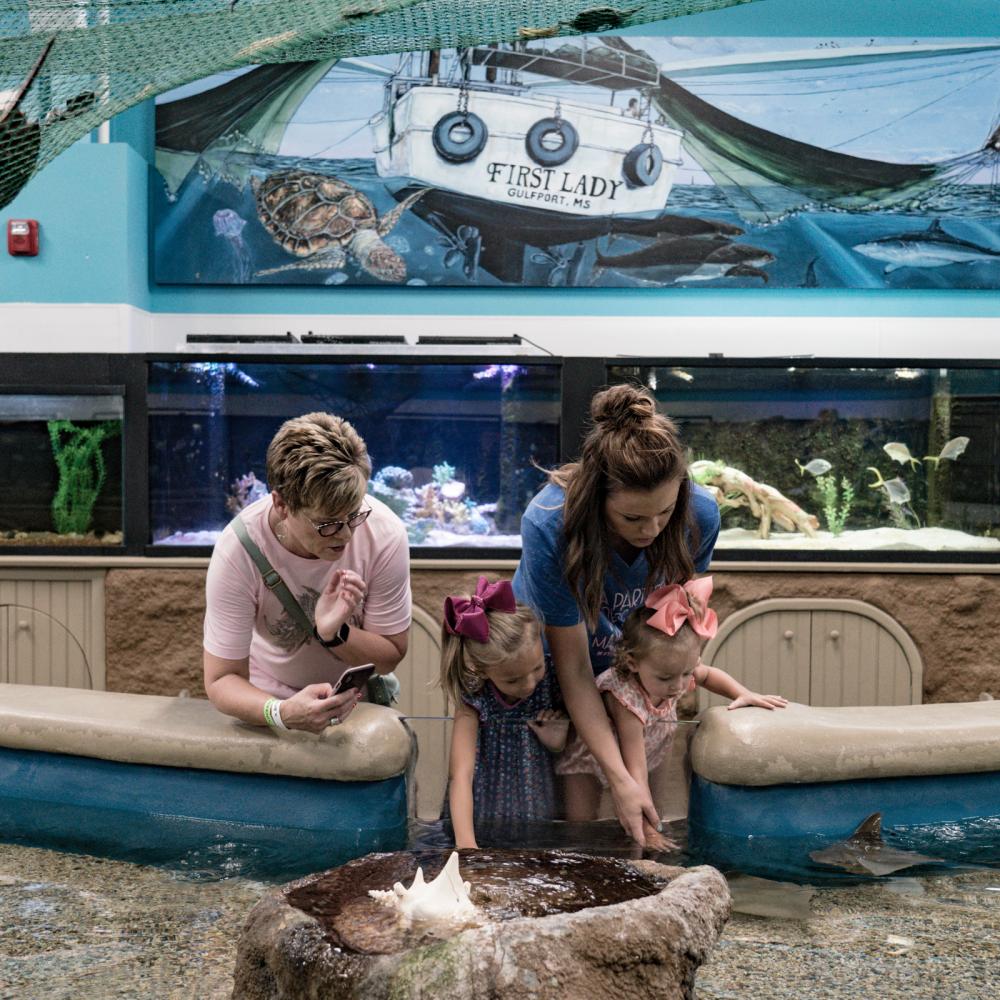 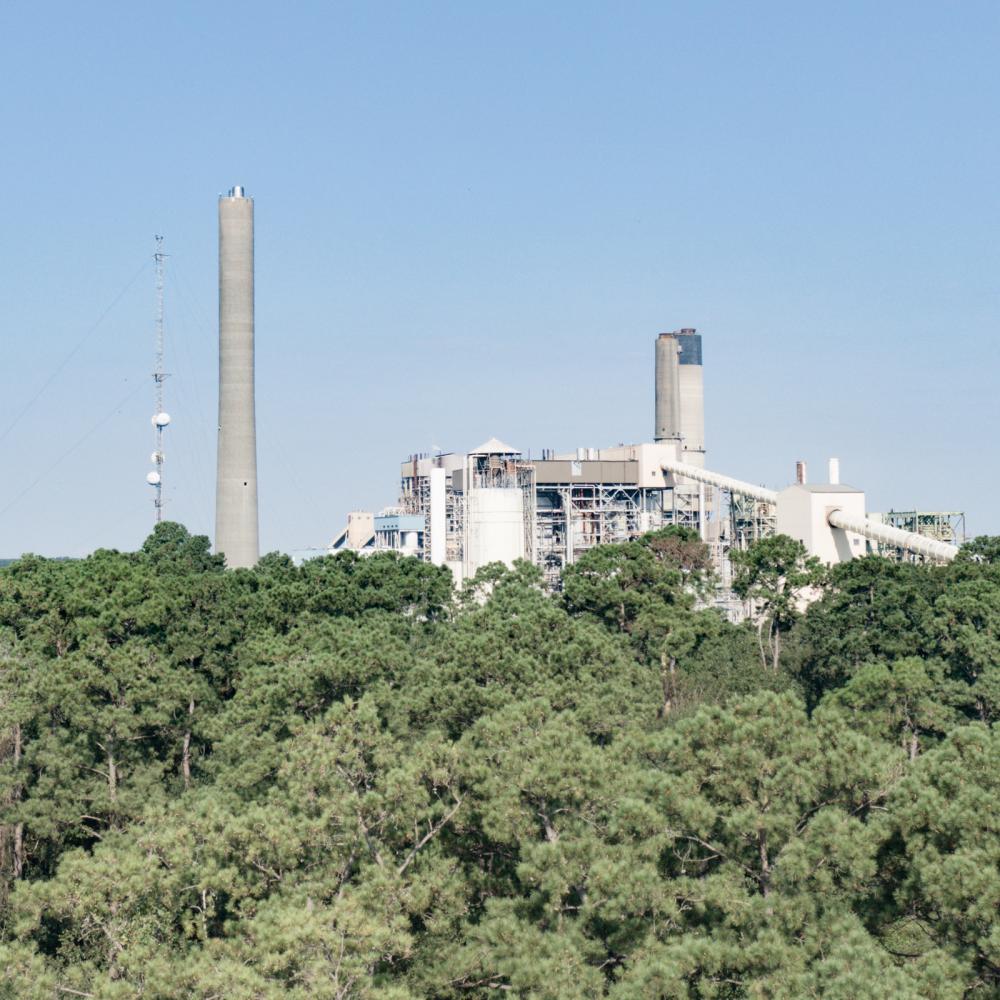 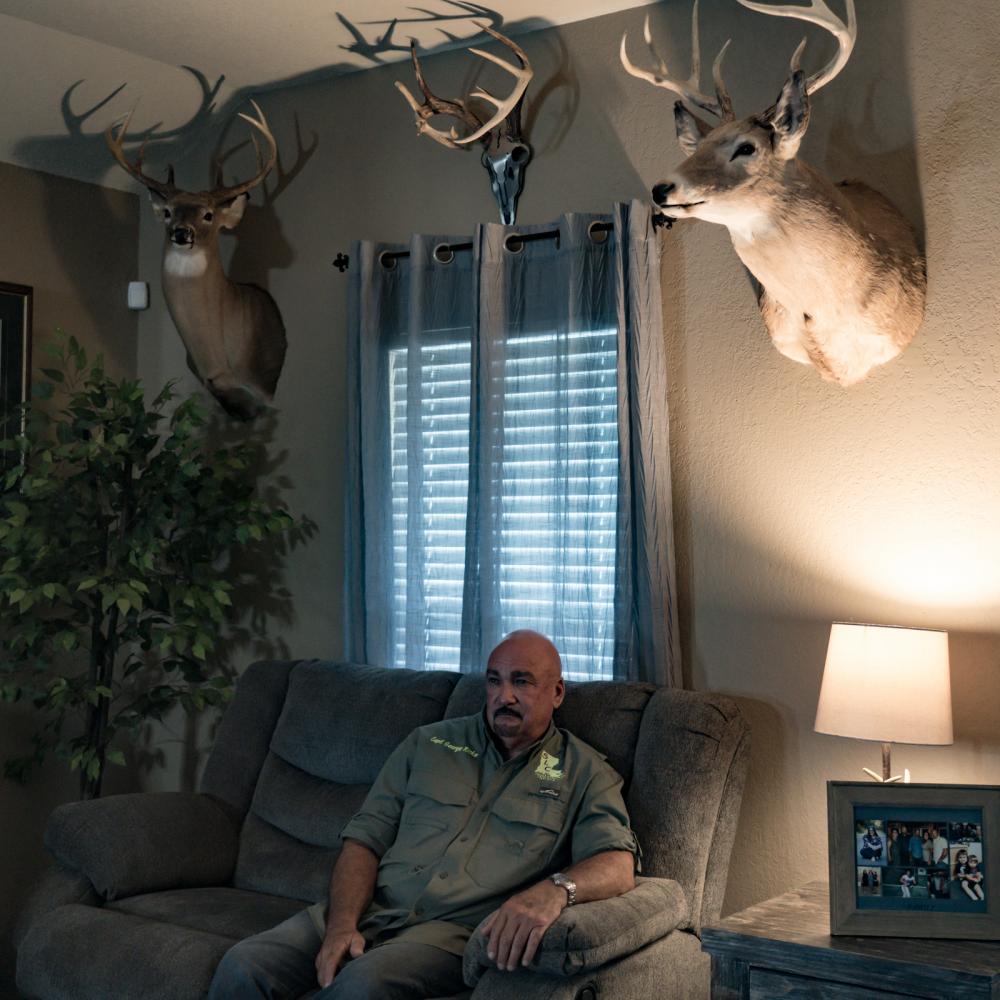 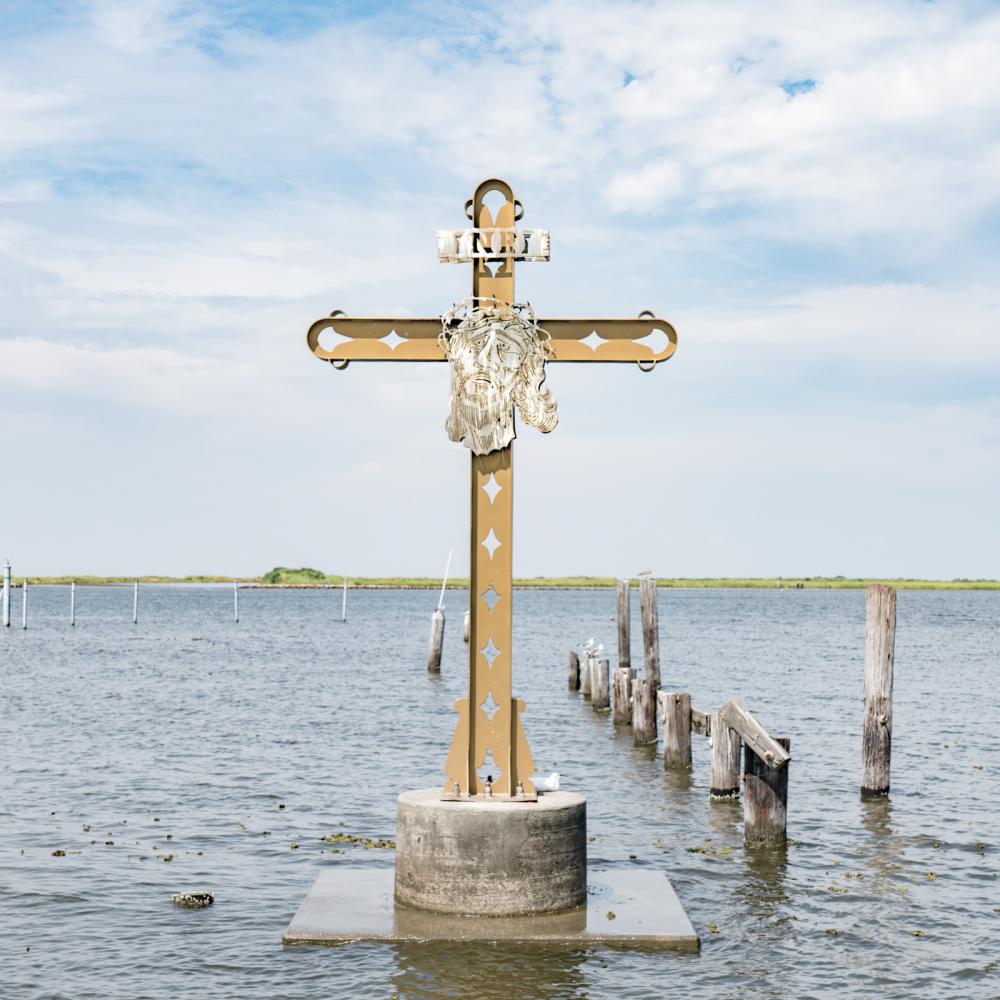 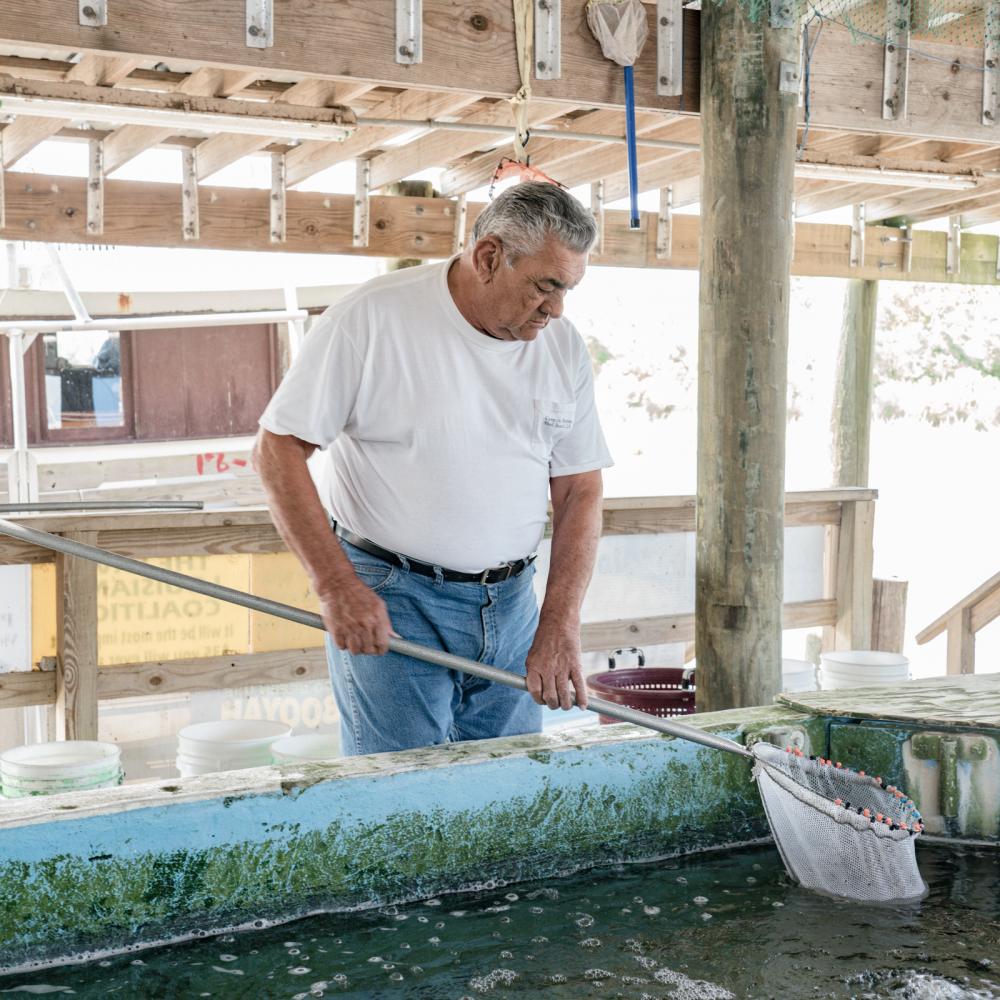 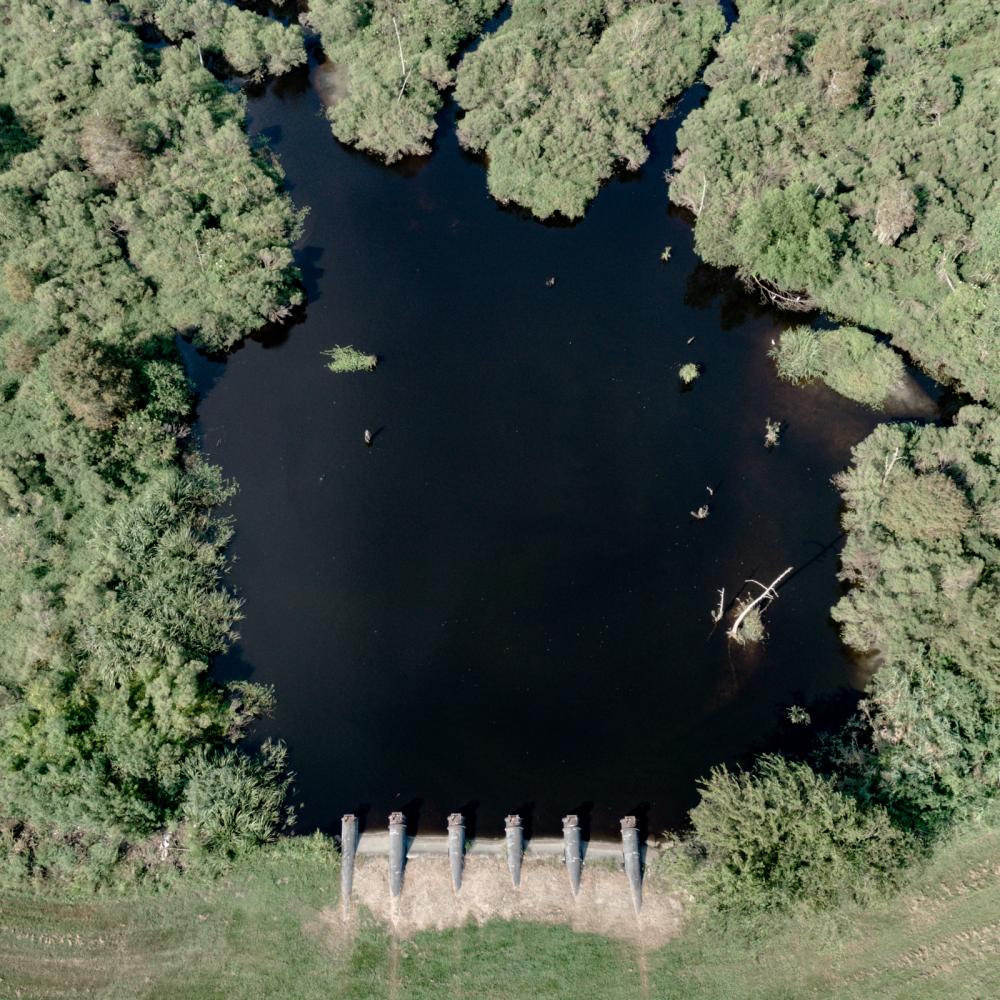 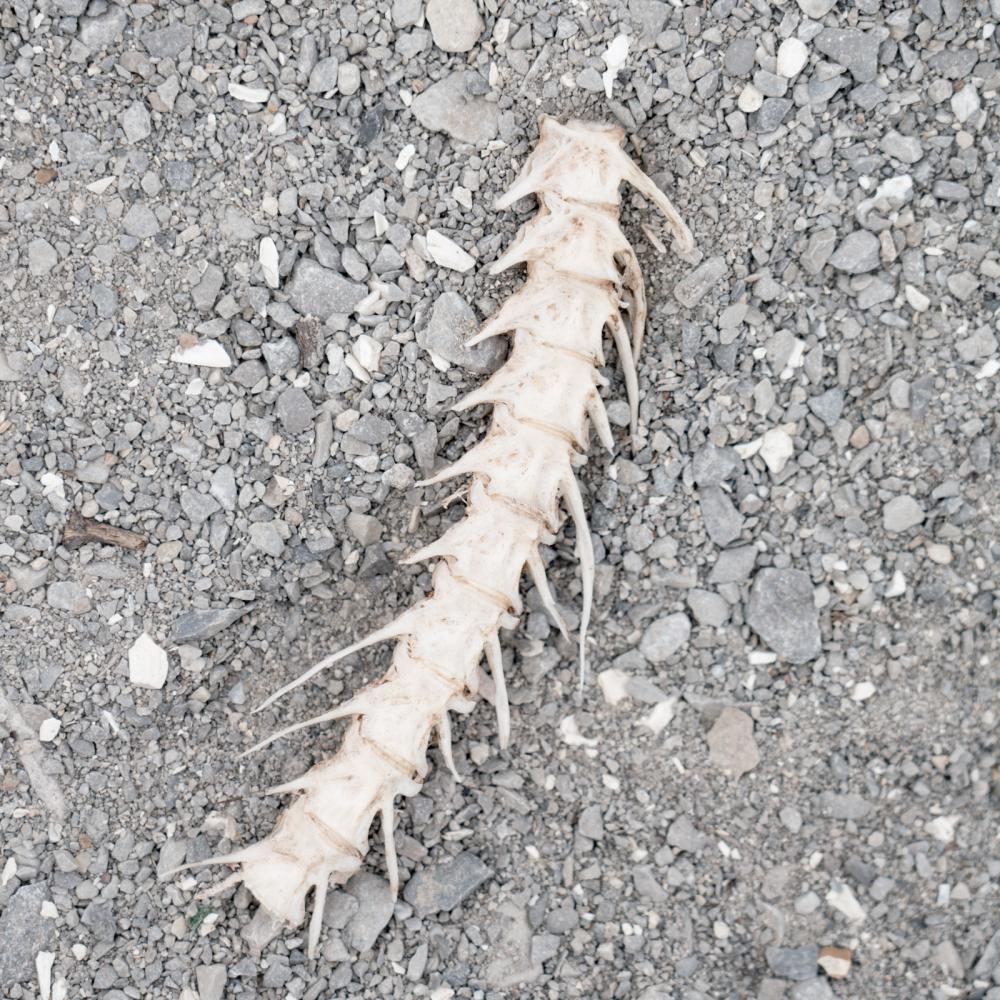 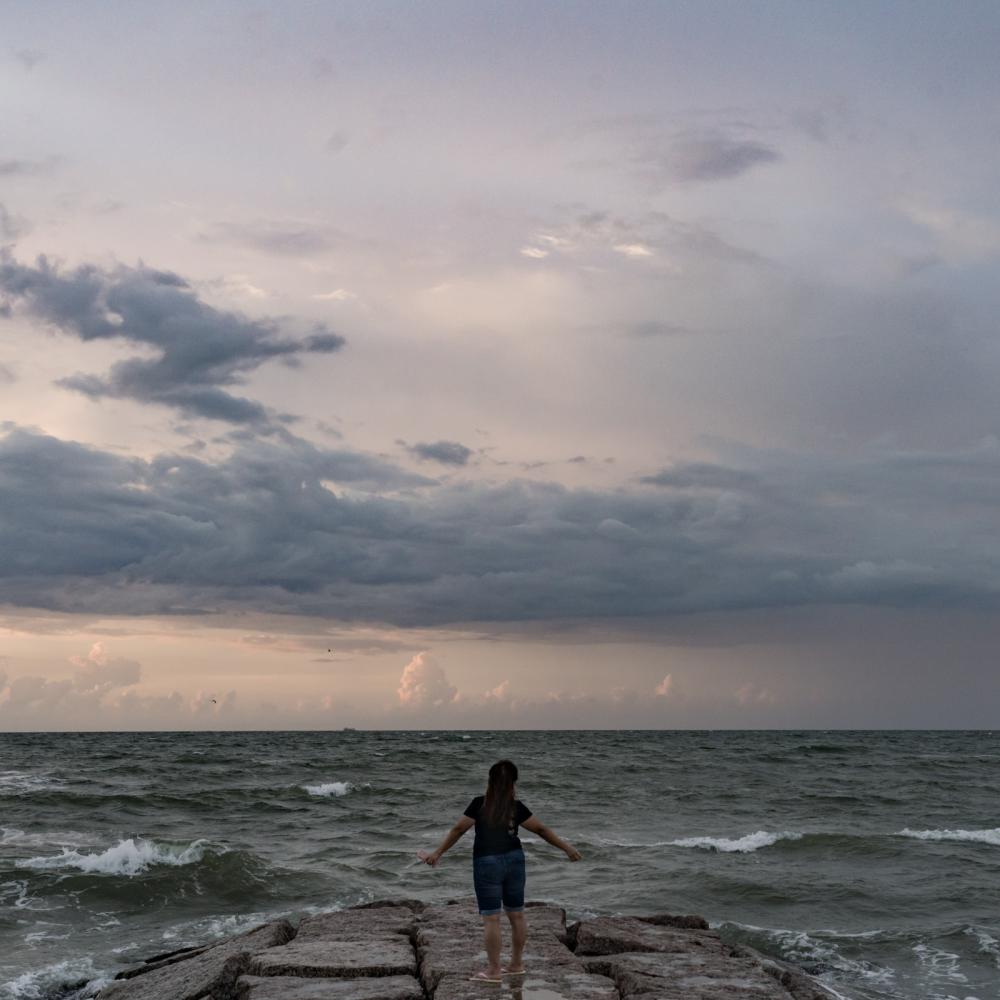 28 of 28 © 2020 Federico Borella
Public Story
Of water and people
Credits: federico borella
Date of Work: 09/02/19 - Ongoing
Updated: 11/27/19
Location: missi delta
Archived as:  Abundance, Agriculture, Animals, Business, Capitalism, climate change, Community, Dying/Death, Environment, Globalization, Oil, Science, Water
Each year, excess nutrients from cities and farms are drained into the Gulf of Mexico trough the Mississippi River.
An overabundance of nitrates and phosphorus can cause algae to grow abnormally fast. When algal blooms die, the decaying matter consumes the oxygen and kills out fish, shellfish, coral and vegetation, causing a hypoxic area, or “Dead zone”.
Nutrient runoff is a considerable threat to North America’s marine and fresh water systems, threatening natural areas and wildlife habitat, tainting drinking water supplies, and imposing tremendous water treatment costs on communities.
The largest human-caused hypoxic zone currently affecting the United States, and the second largest worldwide, occurs in the northern Gulf of Mexico adjacent to the Mississippi River on the Louisiana and Texas continental shelf. In 2017, it has been measured with the record size of 8,776 square miles, approximately the same size as the state of Massachusetts.
The Gulf’s hypoxic zones are caused by excess nutrient pollution, primarily from human activities such as agriculture, wastewater treatment, urbanization and burning of fossil fuels.
The cause for much of this fertilizer pollution is also deeply related to a high demand for meat in the U.S. where areas of native grassland are being converted into soy and corn fields to feed livestock.
The dead zone threatens the commercial and recreational fisheries of the Gulf, valued at almost $1 billion.
According with a study led by the Duke University, it also drives up the price of large shrimp relative to smaller sizes, causing economic ripples that can affect consumers, fishermen and seafood markets alike. But dead zones are not confined to U.S. waters: They affect dozens of coral reefs around the world stretching from South America to Japan and elsewhere and threaten hundreds more, according to a new study by Smithsonian scientists published in Proceedings of the National Academy of Sciences.
Scientists are also worried that warming waters in the Gulf of Mexico could increase rates of hypoxia, reducing the oxygen levels. Climate change is also expected to cause more intense precipitation and flooding in the Midwest, which will contribute to the amount of chemical fertilizer washed into the ocean. In July 2019, a bloom of toxic algae has forced Mississippi to close 25 beaches along its Gulf Coast. State environmental officials say people can still visit the sandy beaches but they should avoid any contact with the water. The blue-green algae “can cause rashes, stomach cramps, nausea, diarrhea and vomiting,” the Mississippi Department of Environmental Quality says.
Policymakers developed goals to reduce the area of hypoxic extent because of its ecological, economic, and commercial fisheries impacts. However, the goals remain elusive after 30 years of research and monitoring and 15 years of goal-setting and assessment be- cause there has been little change in river nitrogen concentrations. The Mississippi /Gulf of Mexico Hypoxia Task force (established in 1997) along with several organizations like The nature conservancy, are working with farmers, academia, governments, and the agriculture industry to tackle the challenge of nutrient runoff.

By Michela Balboni — That’s a WRAP! Japan wraps everything in plastic. Fruit and vegetables are individually and meticulously wrapped in sealed transparent..
Dec 19, 2019

By Federico Borella — Senza titolo 2 In Japanese, “Ama” means “women of the sea”, and this name is referred to Japanese pearls divers who strike the magination..
Mar 28, 2018

By Federico Borella — Crystal Meth is a totally synthetic drug which comes in the form of white crystals. It can be sniffed, smoked in a glass pipe or injected. It is..
Mar 23, 2018

By Federico Borella — Indian Summer: Amusement Park Industry The amusement park industry in India is more than two decades old and is still at nascent stage. The first..
Mar 23, 2018

By Federico Borella — LIVING WITH THE ATTACKER   Geeta and her daughter Neetu are still living with the man who, 25 years ago, disfigured them with the acid.  ..
Mar 22, 2018

By Federico Borella — Located in a narrow valley three hours north-west from Oslo, Rjukan counts 3400 inhabi- tants, who during the cold winter months from September to..
Feb 18, 2018

By Federico Borella — Warabistan “WARABISTAN” - The Kurdish limbo in Japan - In a country like Japan, with increasing demographic crisis and shortage of workforce..
Jan 15, 2018

By Federico Borella — The Sheroes Hangout Cafe is not a place like any other. It’s unique in the world. Customers are served coffee, of course, but the women who work..
Nov 1, 2016