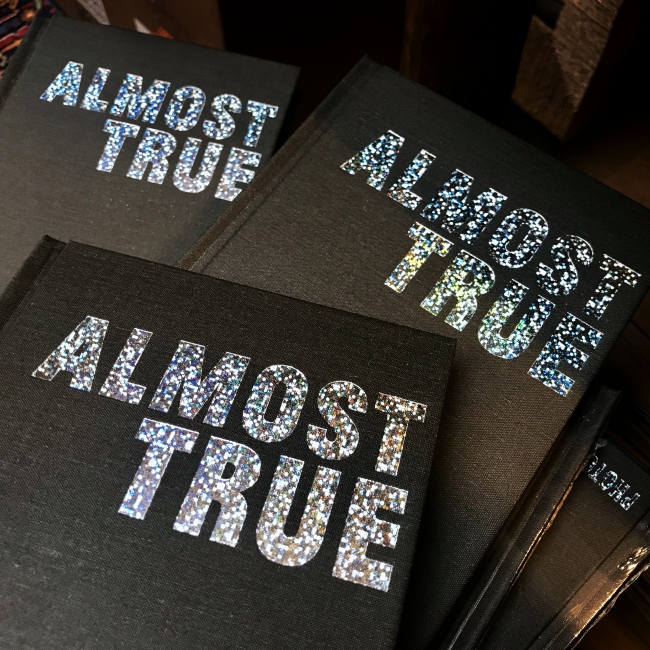 THIRTY YEARS IN THE MAKING, BUT COVERING JUST A FEW SECONDS IN REAL TIME

Almost True, comprised of 81 black and white photos carefully sequenced into nine chapters. The diverse images included in Almost True draw from over three decades of work from many different projects including Cuba during Fidel Castro's time, religious processions in Sicily, and during the elections in Haiti in 1987.

Each chapter has been sequenced as individual narratives, relying on mood, gesture, and elements that relate to one another, avoiding more common ways of grouping photos such as topic, time, or place. Photos from Cuba, Haiti, Italy, Mississippi, New York, Oakland, Portugal, Santa Fe, and Spain, are represented. Almost True was designed by Steven Bollman. Alfredo Triff wrote the afterword.

Alex Ramos, curator of Bollman's solo exhibition Almost True at The Gallery/Leica San Francisco wrote: "Bollman's photographs enable us to glimpse mysterious depths below the surface details of everyday life. What might seem whimsical upon first glance gives way upon steady reflection to profound beauty and suffering. There is a melancholy to his black and white images, a bittersweetness leavened by their uncanny knack for capturing everyday street life."

Steven Bollman gained an interest in photography at an early age. He was shy but obsessively curious about the people and places around him and the camera helped him better understand. In 1983, he graduated from The School of Visual Arts in NYC after studying with Julio Mitchel. Freelance editorial and commercial assignments followed, with work published in U.S. News, Newsday, World Report, Vanity Fair, and Aperture among others. More at www.stevenbollman.com