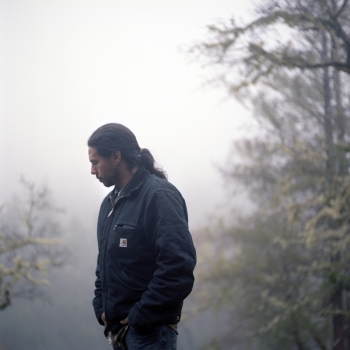 b. 1979 A San Francisco native, I have worked on social documentary projects across the Americas focusing on cultural identity, social inequality, violence, workers rights and the environment.  My 2-year project, Downstream,... read on
brianfrankphoto.com
About

A San Francisco native, I have worked on social documentary projects across the Americas focusing on cultural identity, social inequality, violence, workers rights and the environment.

My 2-year project, Downstream, Death of the Colorado is held in the permanent collection at the United States Library of Congress and was recognized by POYi with the Global Vision Award. My project on the drug war and culture of violence in Mexico, La Guerra Mexicana, was awarded the Domestic News Picture Story of the year by the NPPA. My work has been recognized with numerous other awards from both national and international press organizations.

After completing the Journalism program at SFSU, I worked primarily for The Wall Street Journal from 2008 - 2014 and currently focus on long-term documentary magazine features in California, the American Southwest, and Mexico.

I have always found inspiration from my family. My mother is a first-generation immigrant from the island of Trinidad, and my father is a paramedic and staunch union activist.

My grandfather, Waldo Frank, was a highly acclaimed Bolivarian scholar, author and the first western journalist invited to Havana, Cuba after the revolution in 1959.

I have always been fascinated by the politics of revolution and social injustice in the Americas. During my college years studying Journalism at San Francisco State University, I spent many semesters curiously roaming around Bolivia, Venezuela and Cuba learning and sharing what I could.

In 2007 I headed out in my yellow '68 VW "baja bug" across Mexico towards Guatemala, inadvertently ending up in the middle of the drug war escalation and accompanying mobilization of the Mexican Army to fight the cartels. I spent my weekend nights riding graveyard shifts on ambulances in the slums of Mexico City with my Leica. The work, La Guerra Mexicana, was my first big break and I learned it had been recognized by the NPPA while battling salmonella poisoning on a friends couch in Oaxaca. After that, I worked for The Wall Street Journal from Mexico City.

In 2010 I finished Downstream, Death of the Colorado. It was the first time I proved to myself that I could conceive a project from beginning to end and when it was purchased by the United States Library of Congress in 2011, I thought somebody had made a mistake.

It took me 2 years to recover emotionally after completing Downstream. In that time I stayed close to my family in San Francisco and worked on assignments in the Bay Area.

With the help of my Razon Collective colleagues, I got back on the road in 2012, this time on my Harley. I started American Dreamscape, which reminded me of my passion for photography and storytelling.

It is this re-found passion that I strive to bring to my work now that I am back home, living in the San Francisco Bay Area, while continuing personal projects, primarily in the Southwest and Mexico.