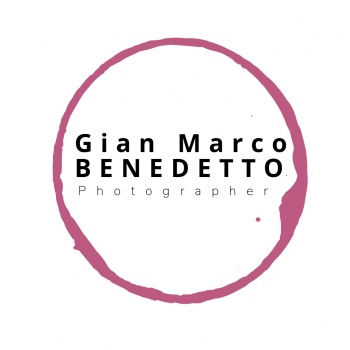 Benedetto feels the urgency to tell the stories focused on human rights of people who are rendered powerless from the modern world. Gian Marco is an author known for his documentation of the Catalan independence process and the humanitarian consequences of migrations.  He spent the last five years covering events in Turkey, Mexico, and Europe reporting from Istanbul after Gazi Park about conscientious objectors to compulsory military service  - from Europe- during the humanitarian emergency and migration - from south Mexico border with Guatemala and Chiapas after Donald Trump's wall - from Catalonia during the referendum for Republic and independence process from Spain.

Before becoming a photographer in 2013 Benedetto received a degree in law from Bocconi of Milan. In 2015 he wrote "Dica pure ai suoi che possono spararmi, obiezione di coscienza al servizio militare" and left his work as a lawyer to devote himself to journalism and entirely to photography. The book was also featured in Anticopyrightpedia and A Rivista anarchica between others. In the same year, Benedetto founded Marsia onlus, a non-profit association for the abolition of prison and collaborated with the book "Morti di cie, storie di ordinaria detenzione amministrativa" before the association was dissolved in 2016. In 2017 Benedetto wrote "Fughe impazzite dal sogno europeo" his testimony in a journey  from Turkey to Melilla, from the Balkans to Calais, from Lampedusa to Brussels with Doctor K, publishing some videos for L'Espresso magazine between others.

Since 2017 Gian Marco was affiliated as a member of UPIFC and Journalist college of Catalonia with the journalist card 1434-B. Benedetto co-founded Rafaga, a Cooperative of photojournalists developing storytellings, Interactive exhibition, labs and educational programs. His first photographic project "Anihuman being" was selected by Lumix n.6 in Hannover to expose in the container square. Since than Benedetto has also been exposed to Stripart2018 and Stripart2019, participated in pro-week Visa pour l'Image 2019 in Perpignan and in a collective exhibition -organized by more than 40 photojournalists- in defense of the right to information in Barcelona. In 2019 Benedetto started working as a contributor photographer covering breaking news for the International agency Polaris in Spain.
Nowadays Gian Marco works as freelancer for international agencies, newspapers and magazines including Abc news, L'Espresso, el Pais, La Vanguardia, Europa press, el Faro de Vigo, Expansión, el Periodico, La Razon between others. He also collaborates with several No-Governamental Organisations (NGOs) and International Agencies including Marsia onlus, Acad, Osservatorio contro la repressione, Dynamic International and Xera between others. Benedetto's images have been exhibited, with solo and group exhibitions, in galleries worldwide and his artworks appears in several collections. Gian Marco Benedetto loves to collaborate so give him a shout.
Sign-up Log In
Cart
Loading...
Edit Check Out