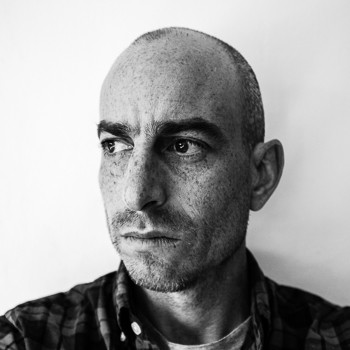 Bear Guerra is a photographer whose work addresses globalization, development, and social and environmental justice issues. He was a 2013-2014 Ted Scripps Fellow in Environmental Journalism at the University of Colorado -... read on
Location: Quito, Ecuador
bearguerra.visura.co
About

Bear Guerra is a photographer whose work addresses globalization, development, and social and environmental justice issues.

He was a 2013-2014 Ted Scripps Fellow in Environmental Journalism at the University of Colorado - Boulder, a 2014 Mongabay Special Reporting Initiatives Fellow, and a 2014 International Reporting Project Health and Development Reporting Fellow.

His images, photo essays, and multimedia stories have been published by outlets including The New York Times, The Wall Street Journal, Orion Magazine, The Atlantic, Le Monde, On Earth Magazine, Virginia Quarterly Review, NPR, the BBC, The Boston Globe Magazine, Texas Monthly, National Geographic NewsWatch, Time.com, and many others. In addition to editorial work, he focuses on longer-term projects, and in recent years he has worked on stories in Mexico, Bolivia, Haiti, Brazil, Panama, Peru, Turkey, and Thailand. Bear often collaborates with non-profit human rights and environmental organizations. His work has been exhibited widely, both nationally and abroad - including as part of Aguas, Rios, y Pueblos - a multi-year international traveling exhibit highlighting water justice issues.

Bear is a Blue Earth Alliance project photographer for his ongoing body of work "La Carretera: Life Along Peru's Interoceanic Highway" - a project which also received an honorable mention in the 2012 Photocrati Fund competition and the 2013 FotoVisura grant competition, and was highlighted on NPR's Picture Show blog in early 2013. Bear has been a finalist for a National Magazine Award in Photojournalism (2010); and has been the recipient of funding from Mongabay (2014), the International Reporting Project (2014), the Society of Environmental Journalists (2012), the Puffin Foundation (2011), the Christensen Fund/Project Word (2009/2010), and the Pulitzer Center for Crisis Reporting (2008).

Bear has taught photography to refugee youth in San Diego, CA; and was the photographer and creative director for the  (In)Visible Project - a mobile, multimedia installation that offers an intimate portrait of San Diego’s homeless community. A native of San Antonio, TX, he is currently based in Quito, Ecuador where he lives with his daughter, Camila, and wife, journalist Ruxandra Guidi. Guidi and Guerra collaborate under the name Fonografia Collective to bring stories about human rights, the environment, and social issues to a wider audience, through print, radio, and multimedia storytelling. Bear is also a producer and board member for the award-winning non-profit journalism collaborative, Homelands Productions.