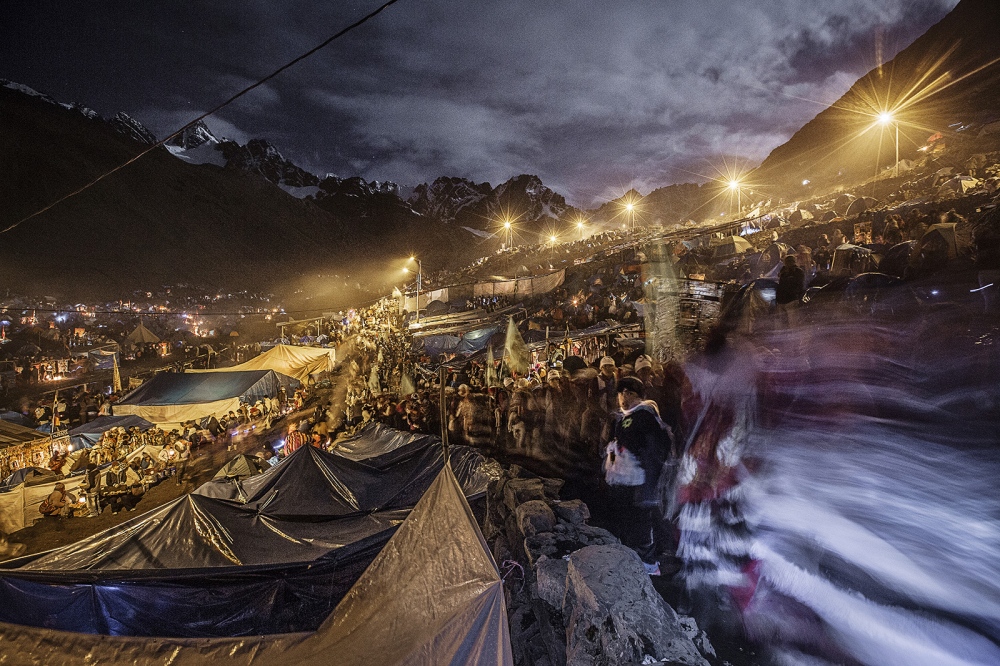 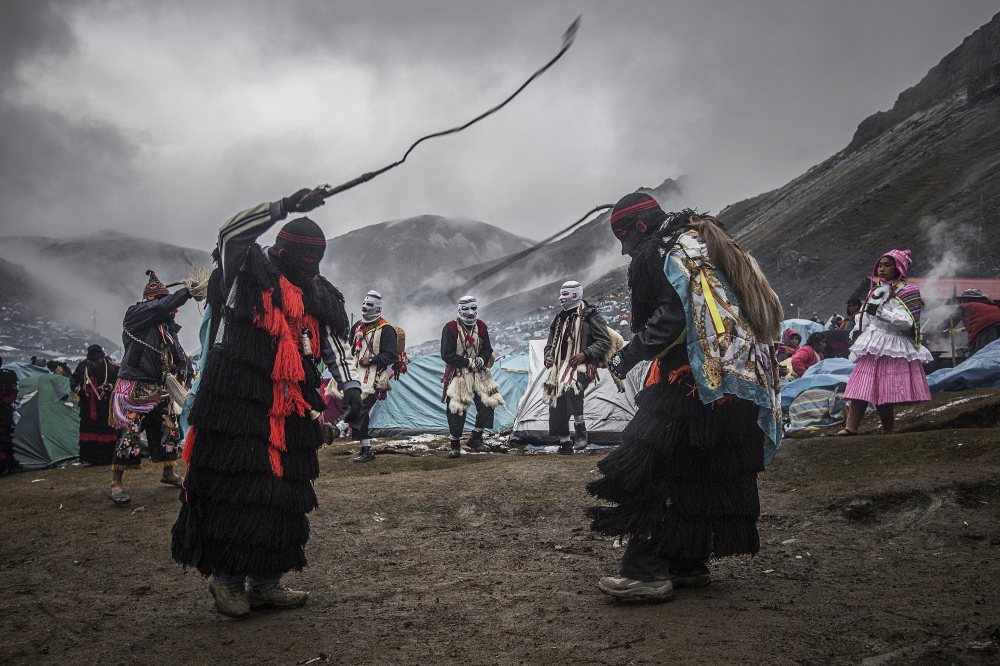 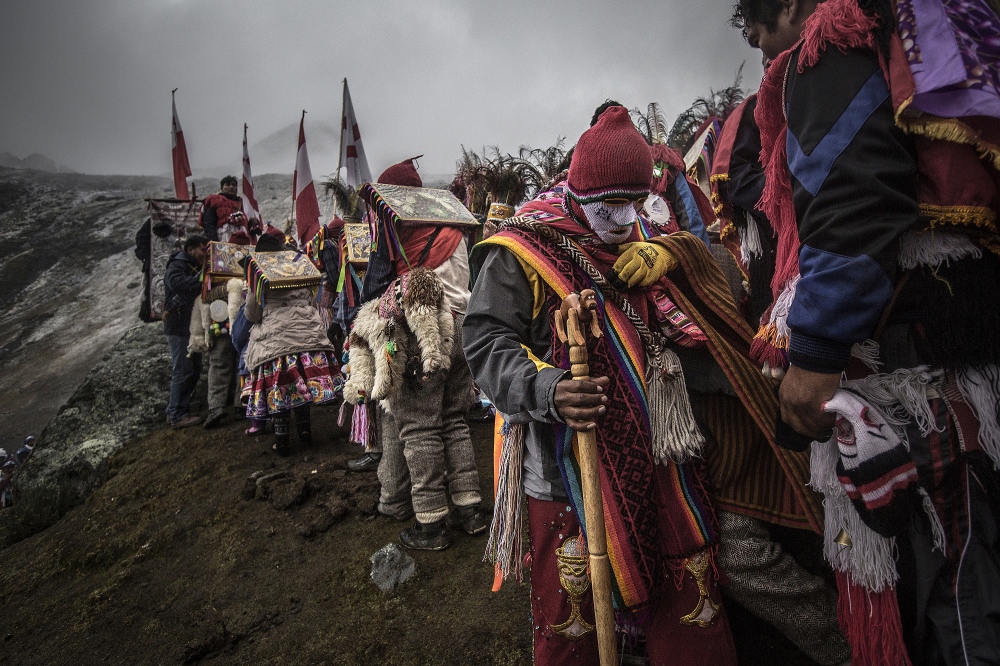 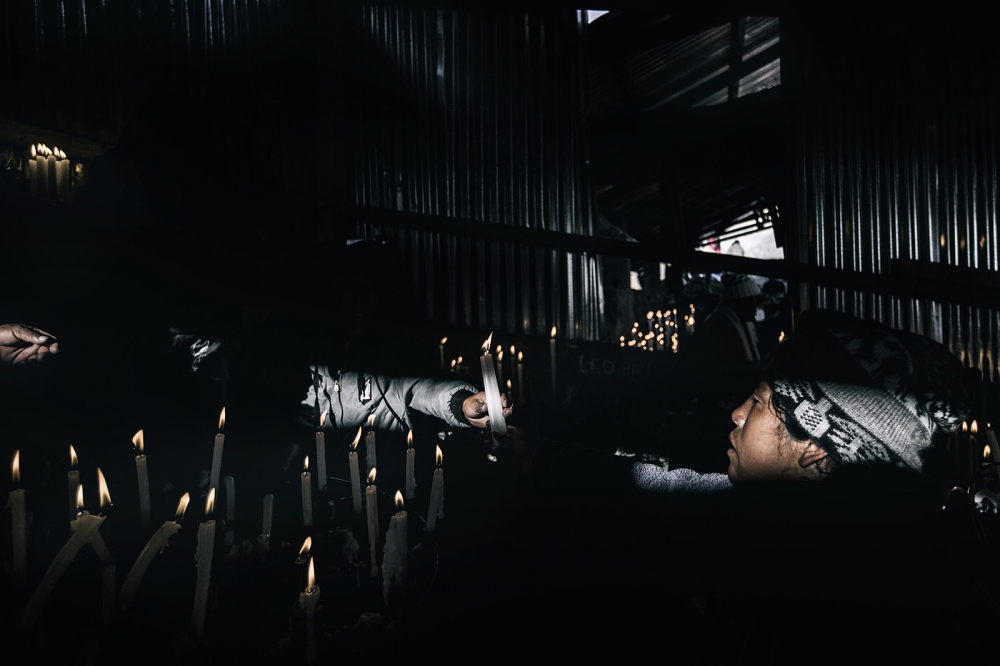 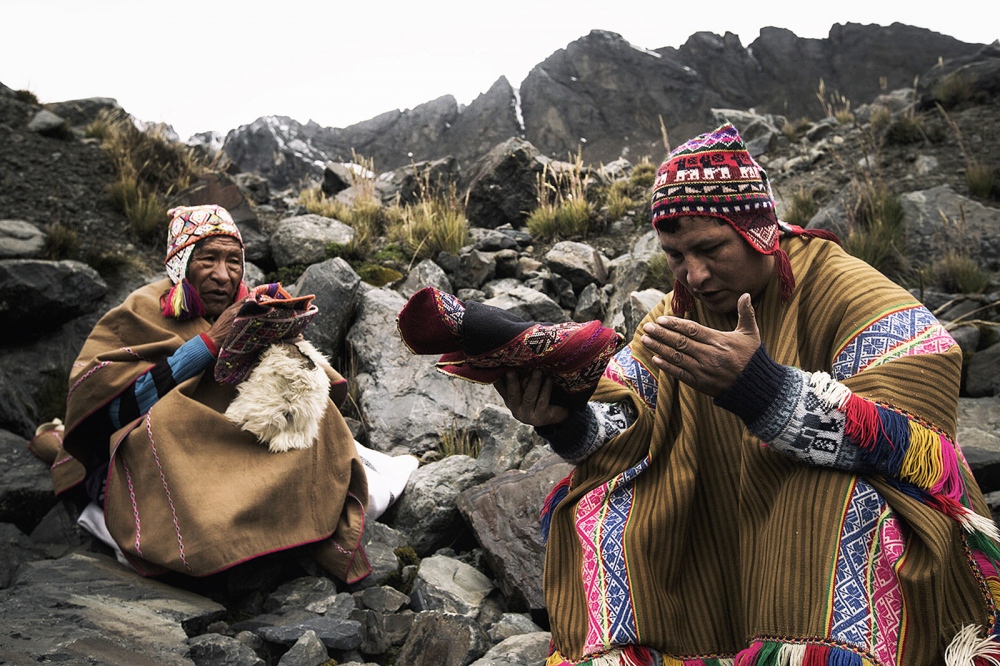 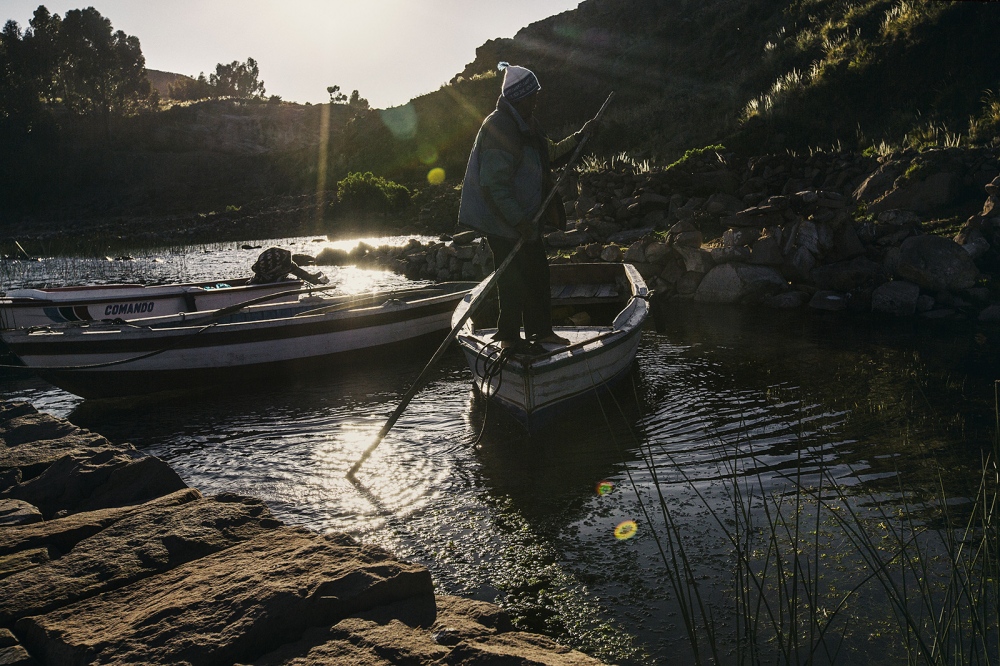 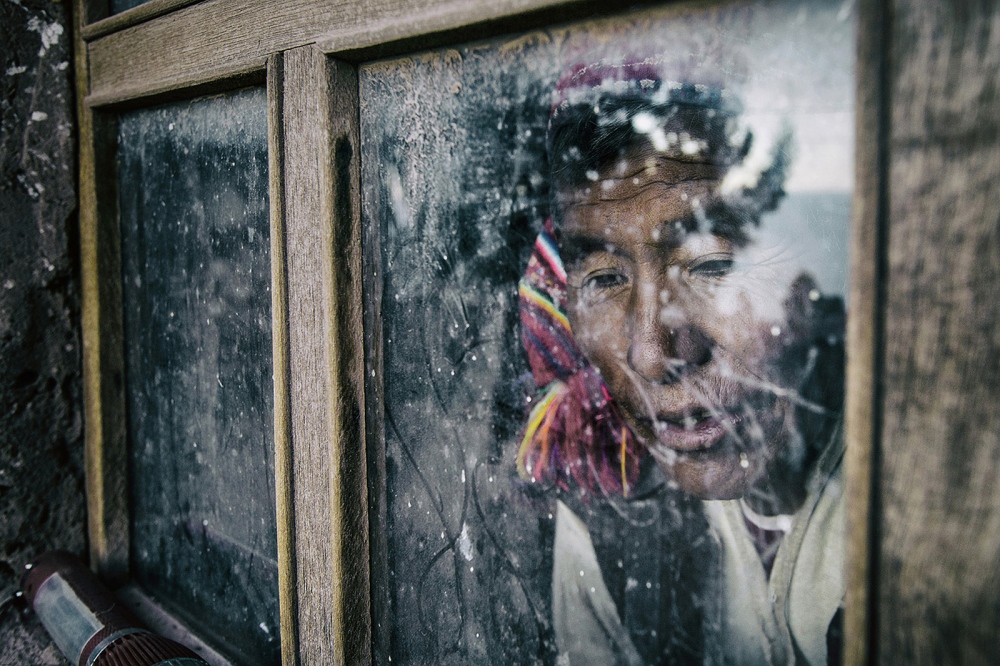 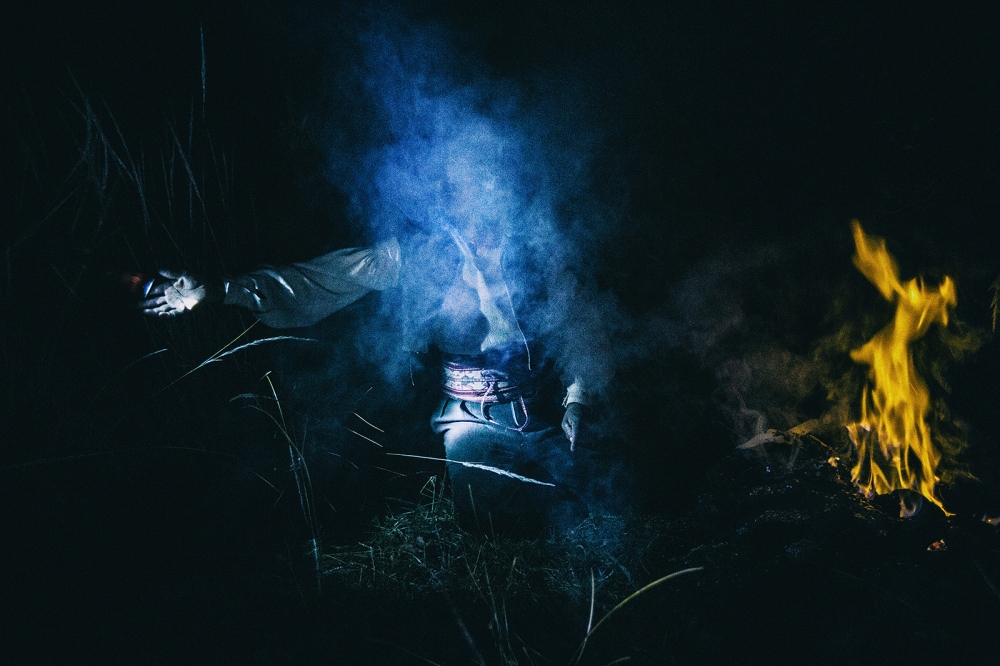 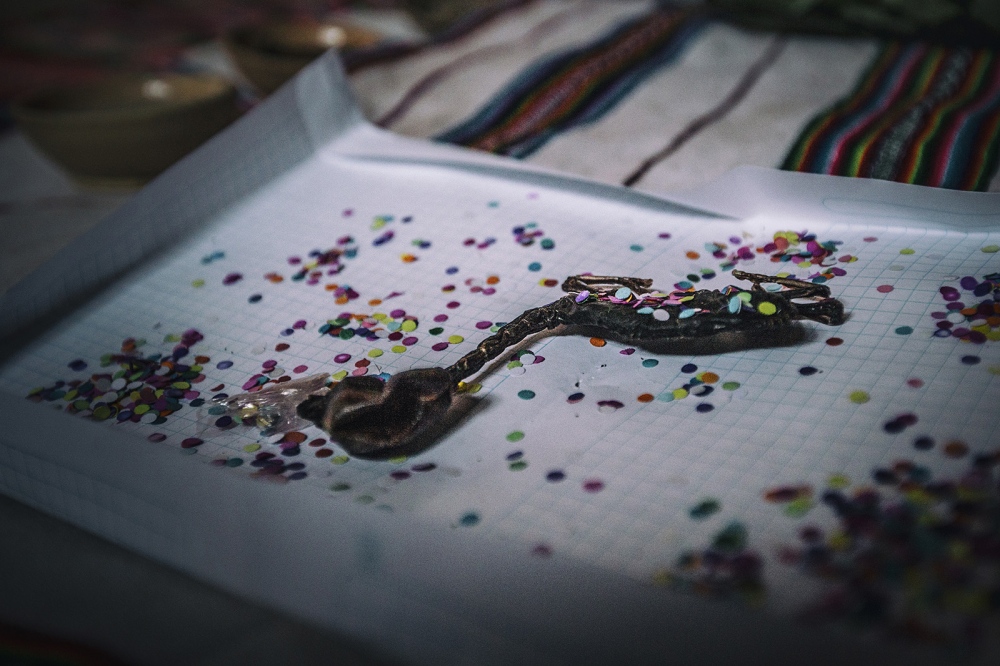 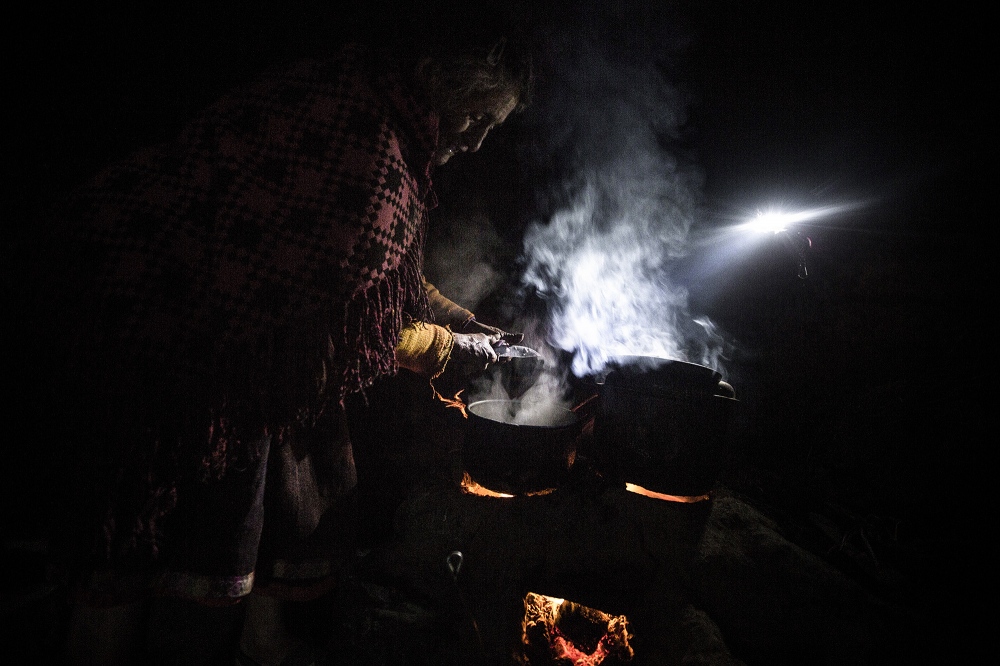 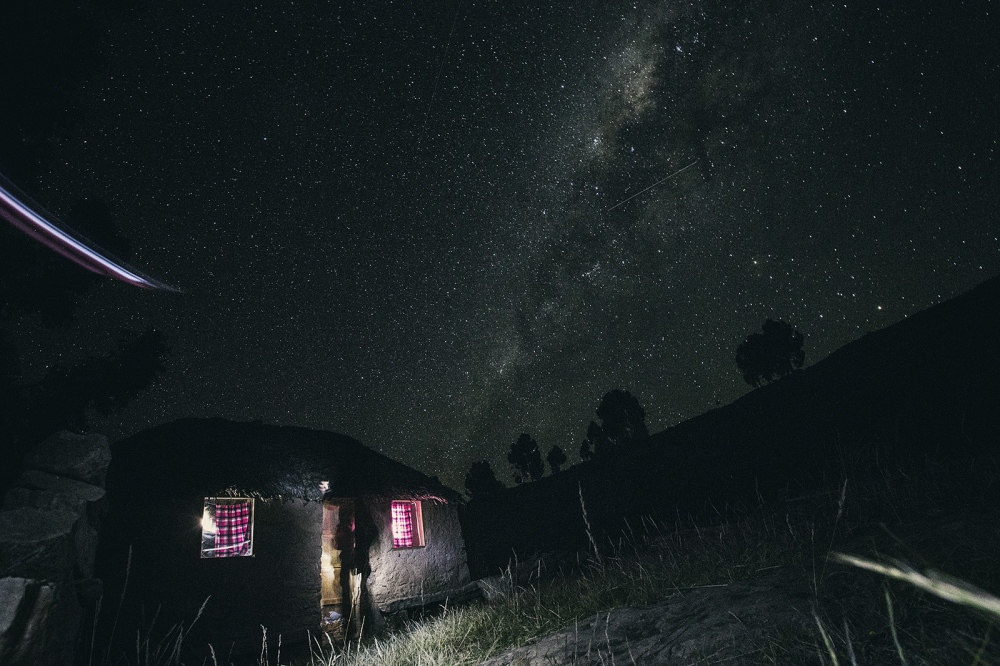 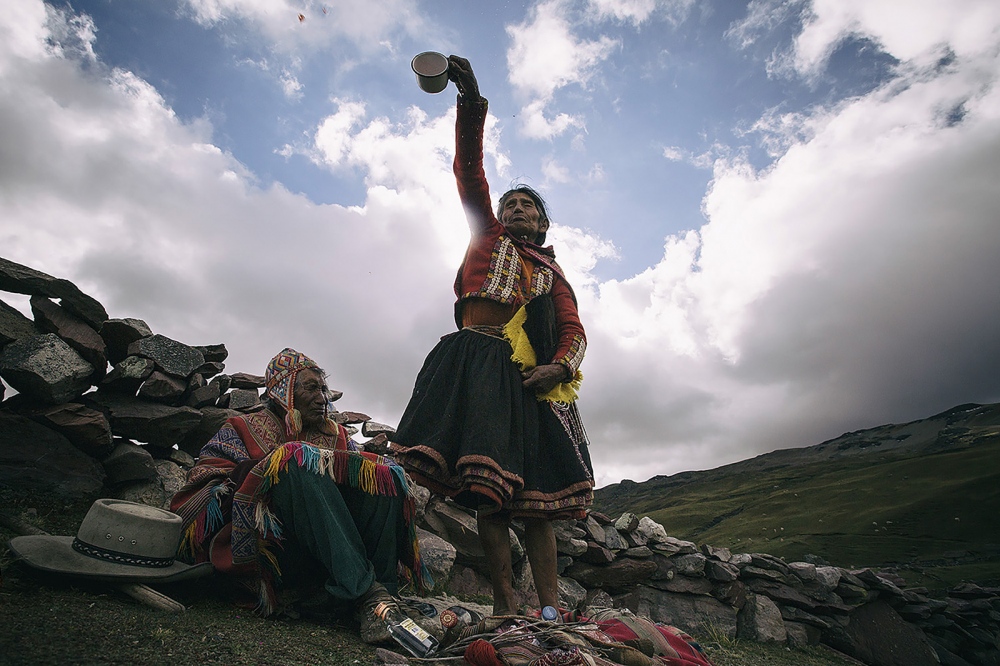 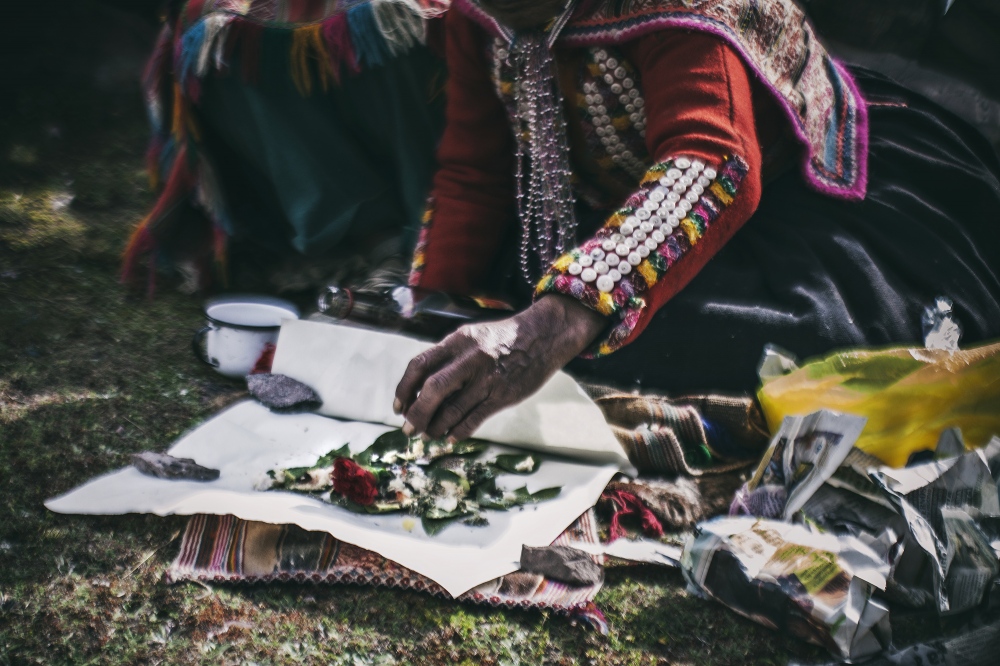 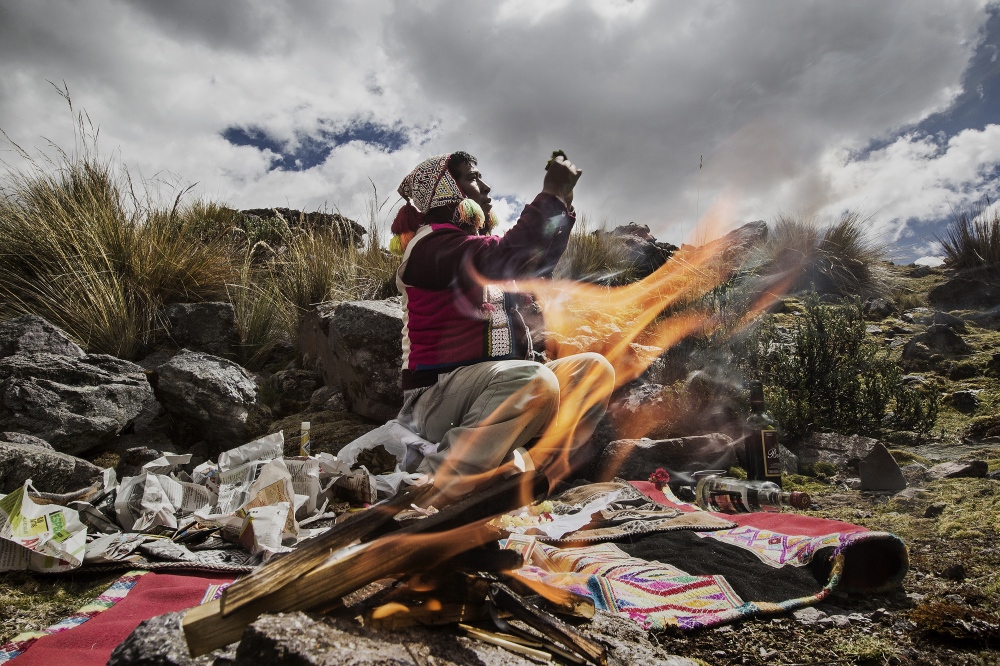 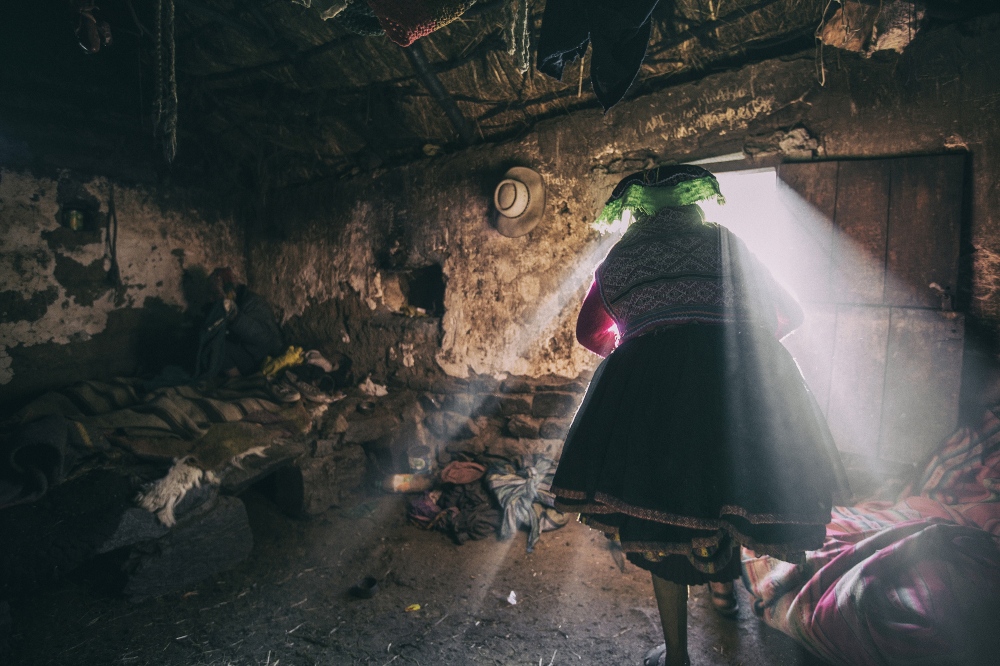 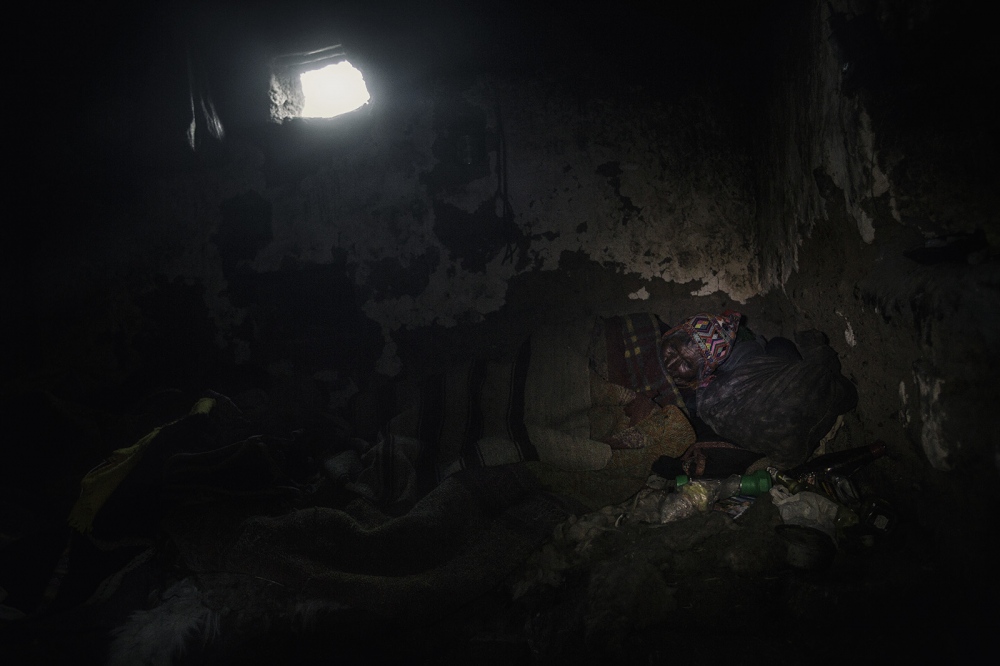 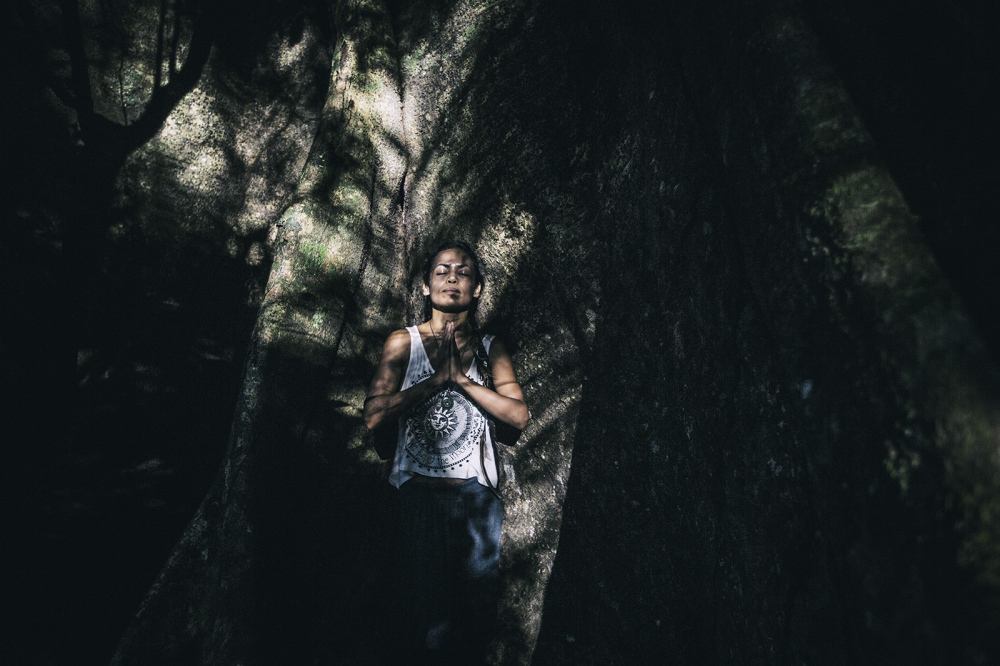 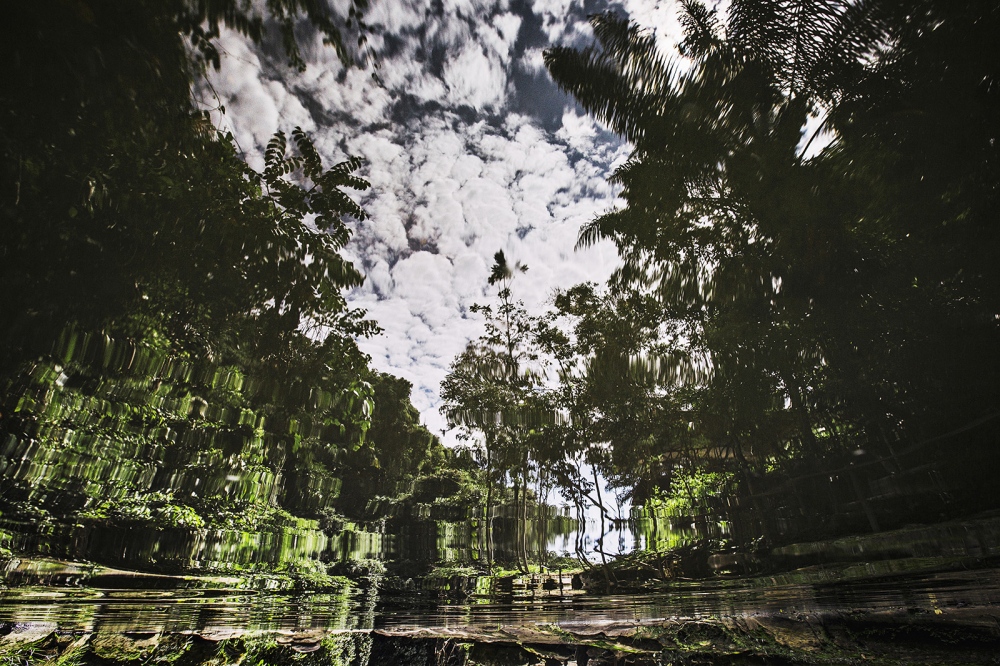 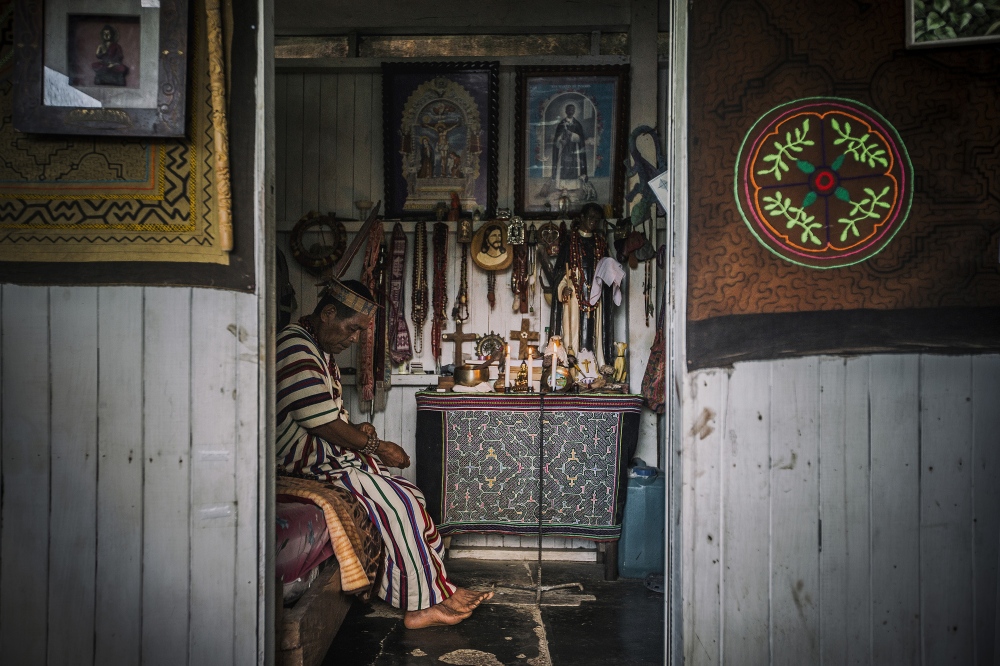 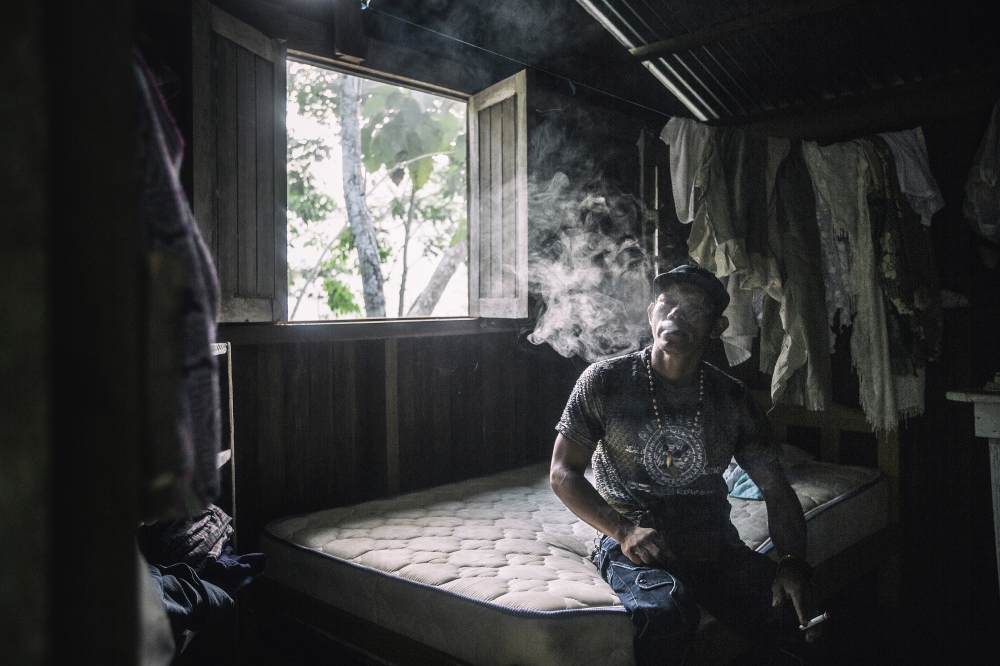 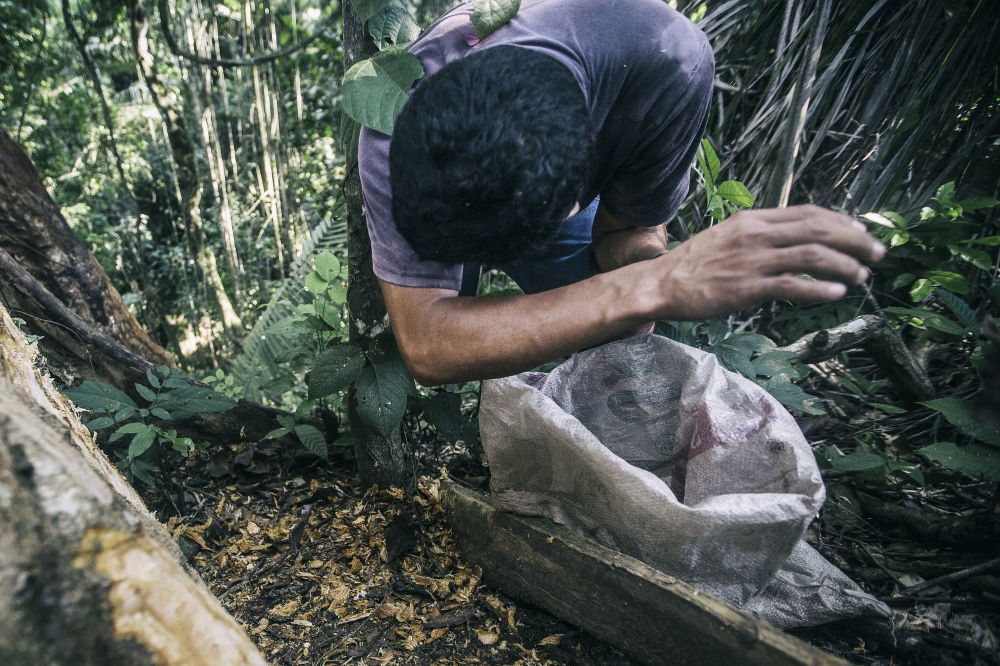 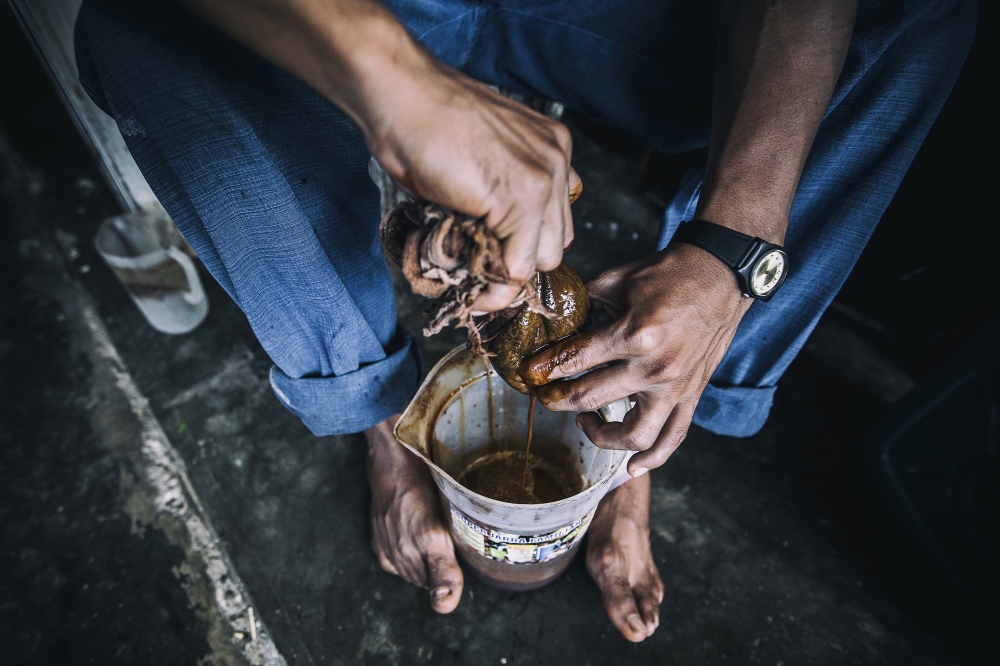 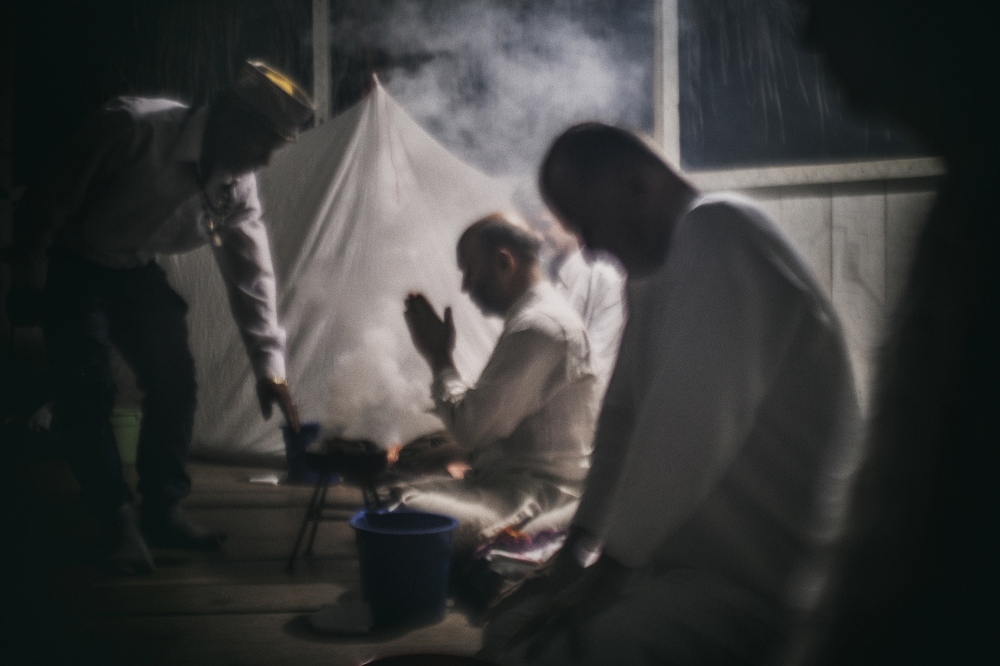 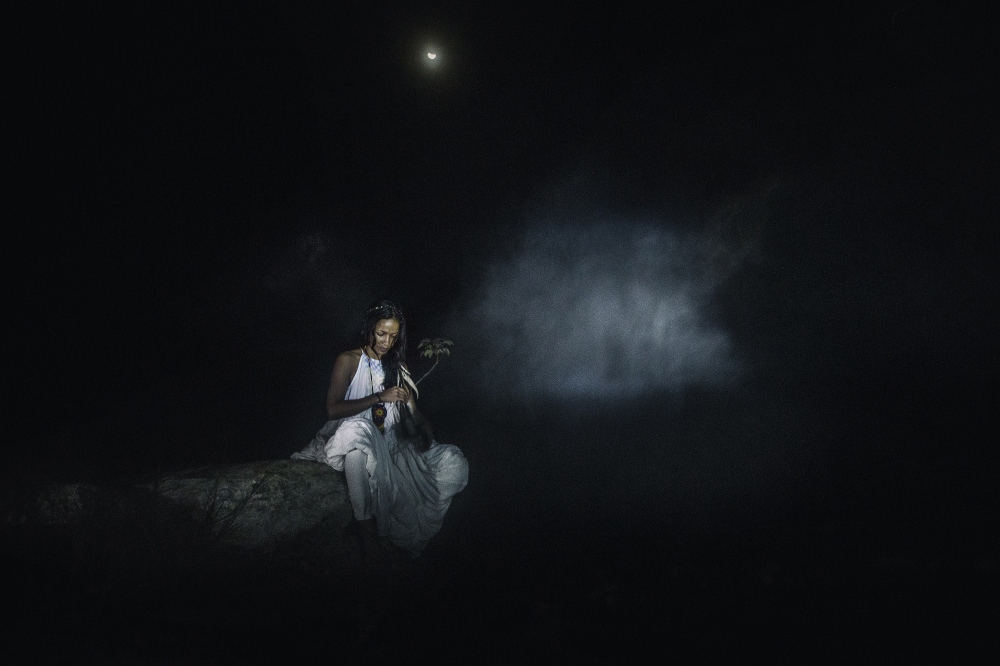 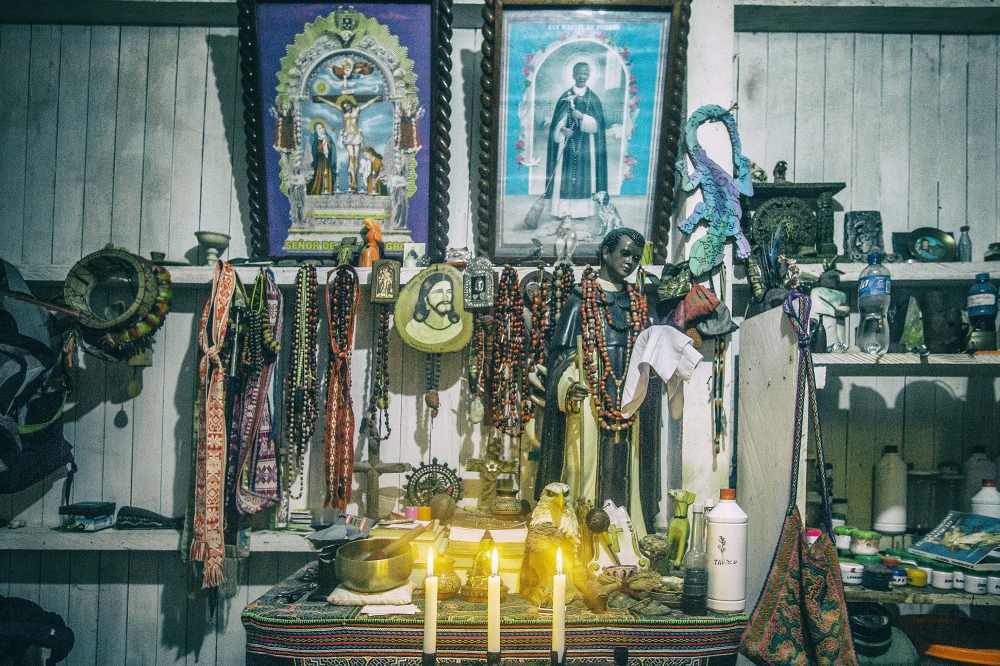 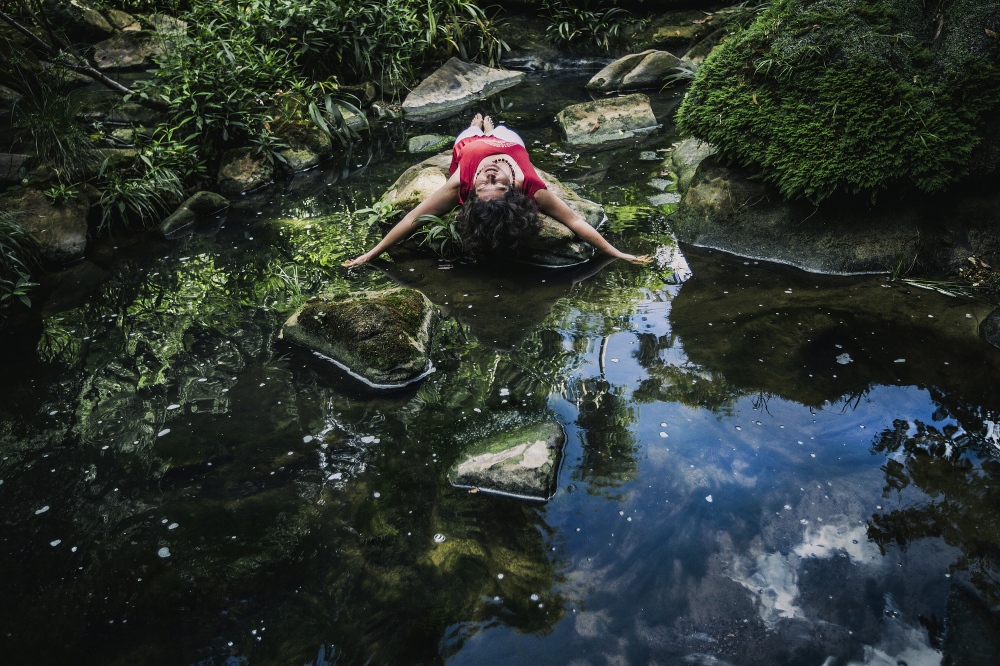 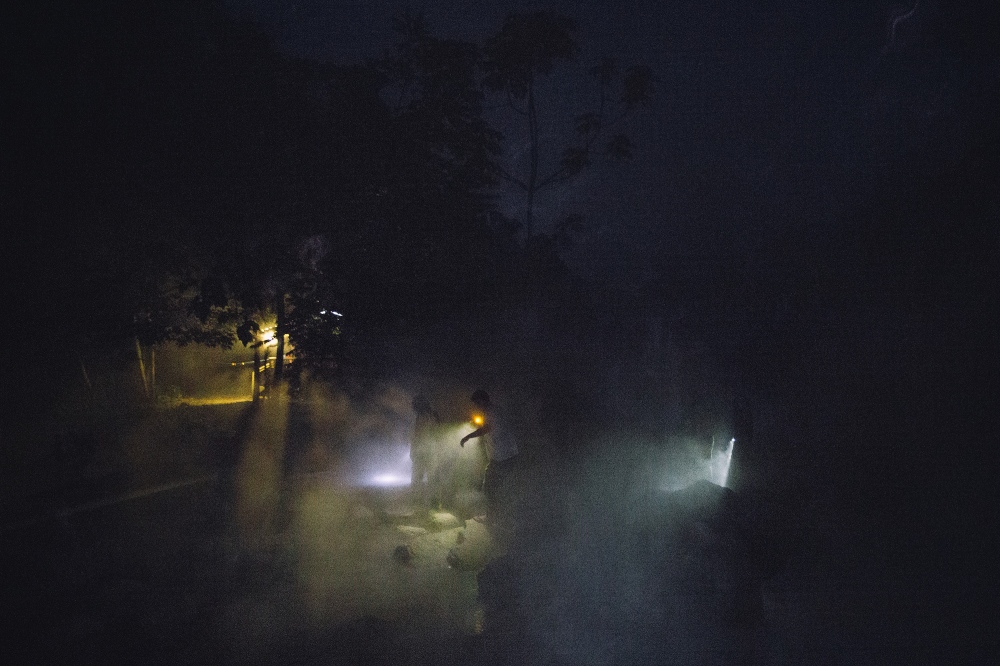 PERUVIAN CURANDEROS, FROM THE ANDES TO THE AMAZON

Pre Columbian traditional medicine has, for centuries, relied on the figure of the Curanderos healers who, through spirituality and magic, often succeed where official medicine has failed. Today, the figure of the Curandero is far less widespread because it is no longer recognized in society. There are still a few and for the most part, they are elderly people, holders of an ancestral wisdom, verbally handed down from their ancestors. In Peru, from the high places in the Cordillera and the southern islands of Lake Titicaca and in the depths of the Amazon jungle, it's a tradition that is still very much alive and indeed attracts new waves of "mystic" tourism, which is recognized by the government as such and therefore upheld. Each rural community has its own Curandero or shaman, as a spiritual guide for the village who works by using the powerful energies of the universe and of the Pacha Mama, to help his community to dispel the evil eye, have more abundant harvests or to cure often incurable diseases.

In South America, following the Spanish conquest and the indigenous repression, the nature spirits and the energies of the Universe modified their characteristics and were for the most part assimilated to holy figures of the Catholic tradition. Despite all this, the shamans have continued to exist in more traditional indigenous communities, handing down their knowledge for generations since the dawn of times.

Isidro, 53, is the Curandero on the island of Taquile on Titicaca Lake, the spiritual guide for 400 inhabitants. He is married to Dionisia who assists him during his offers to Mother Natures and rituals. A great connoisseur of healing herbs and traditional Inca, obstetrician and official caretaker of the island, until only a few years ago when the first doctor appeared.

Juliana, 85, and Lorenzo, 100 years old, married for over sixty years and living alone in a stone and thatched hut at the foot of the Caliangate mountain. The contact with the spirits of nature has always protected them and has been the big focus of their lives. Thanks to them they are still alive, explains Lorenzo now deaf and blind, they survived by frost, wild animals and the withe invasion.

In the heart of the Amazon rainforest, on the banks of boiling springs and in the shade of vegetation so thick it blocks out the sky, you can find Mayantuyacu, a place of study and healing. Popular with young Curanderos from around the world who come to learn the secrets of the Master, Juan Flores, one of the few surviving ethnic Ashaninka shamans.

Europeans or Americans seek inner peace in these places or even go to cure diseases which we would call incurable. The original healing methods are based on connecting with nature assuming plant extracts and vines with powerful and hallucinogenic properties, that reconnect with the most hidden parts of the unconscious. Mayantuyacu is a little Amazonian paradise, where the boundaries between dreams and reality are lost in a pool of warm water.

By diana bagnoli — The Curandero is a traditional Native healer that in Mexico is still the primary healthcare providers in..
Mar 6, 2018

By diana bagnoli / milan — Maternity and giving birth at the time of the Corona Virus-19 In the Covid hospitals, maternal child wards..
Apr 27, 2020

By diana bagnoli — TEHUACAN, THE CITY OF THE BLUE TOXIC WATER Factories in Tehuacán, Mexico, produce distressed denim for..
Mar 29, 2018

By diana bagnoli / senegal miomp casamance — THE BUKUT, Casamance, August 2016. Summer time in a small village of Casamance, the southern and more..
Dec 22, 2016

By diana bagnoli / cusco — PERUVIAN CURANDEROS OF THE ANDES Pre Columbian traditional medicine has, for centuries, relied on the..
Dec 17, 2016

By diana bagnoli — MAYANTUYACU In the heart of the Amazon rainforest, on the banks of boiling springs and in the shade of..
Mar 2, 2016

By diana bagnoli — THOSE WHO REMAIN, MOTHERS OF THIAROYE SUR MER "To leave is a matter of survival. Here there is no money, no..
Sep 14, 2016