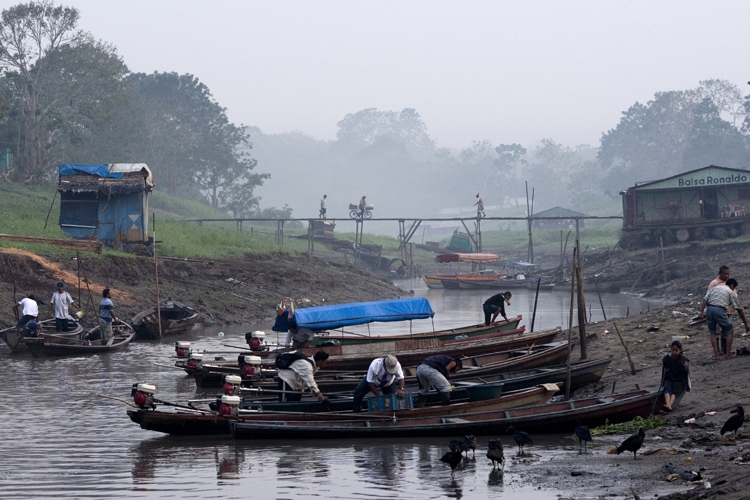 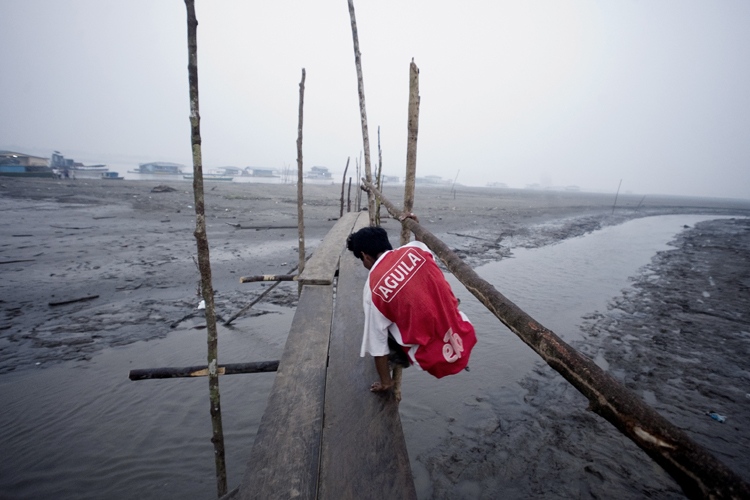 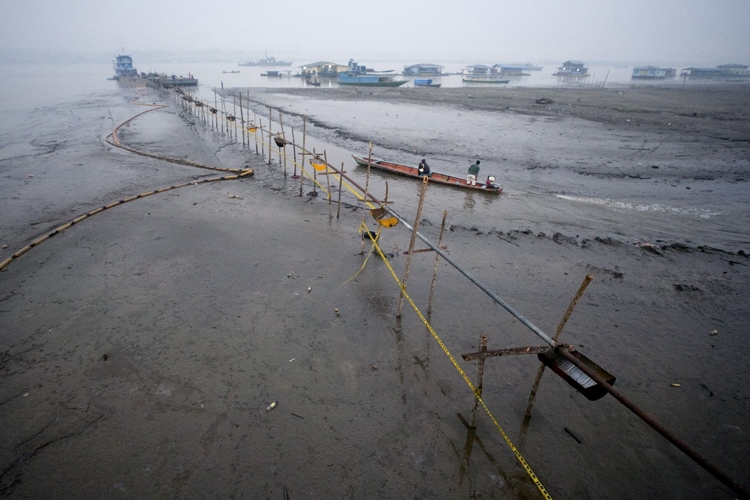 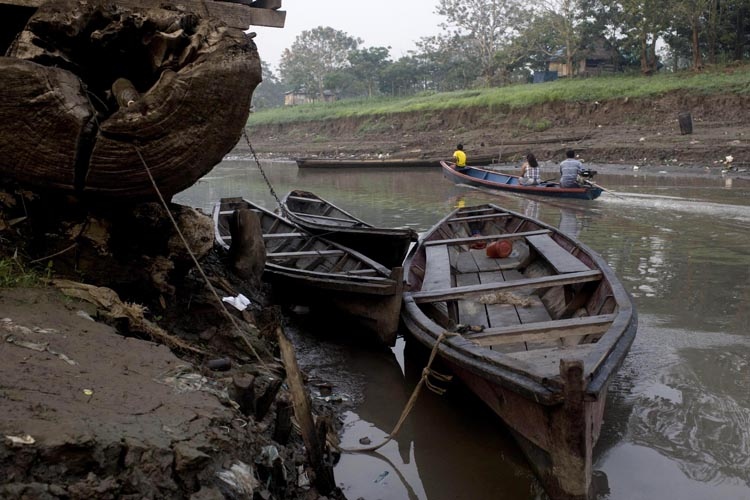 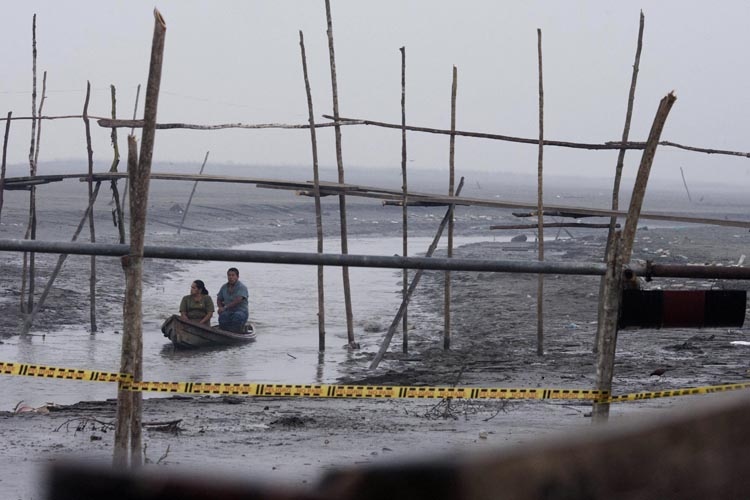 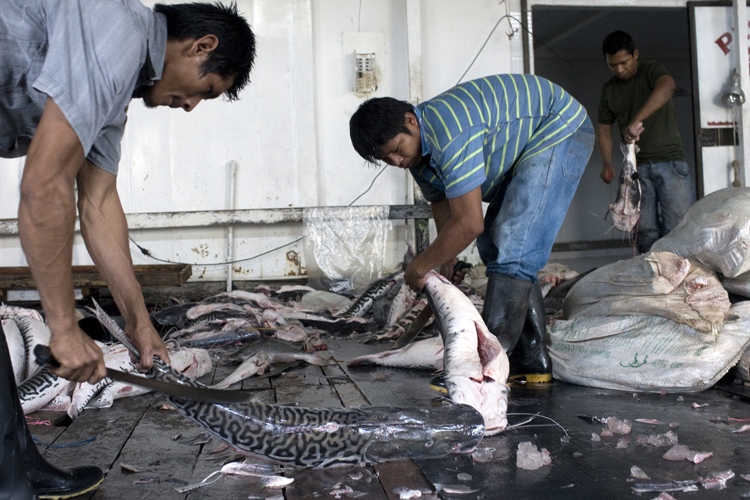 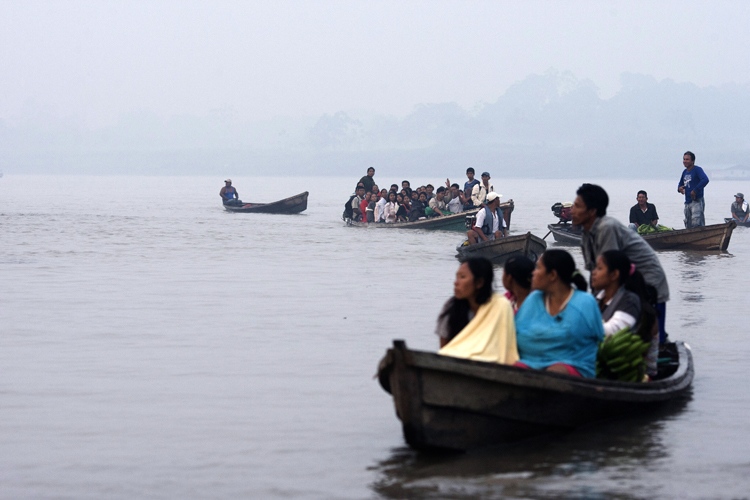 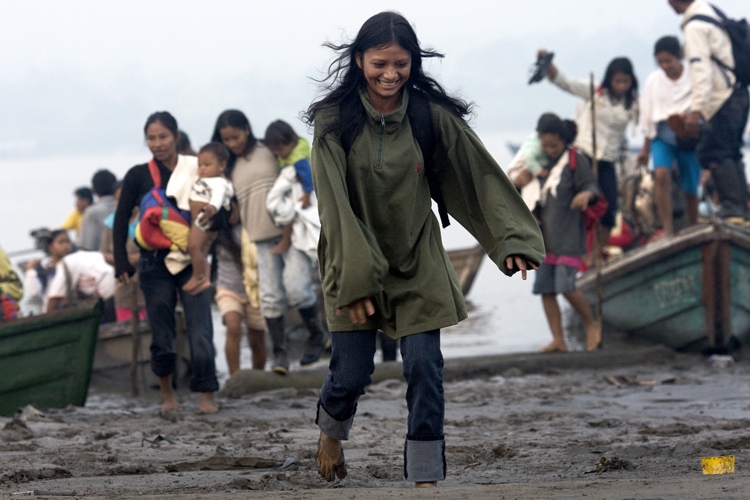 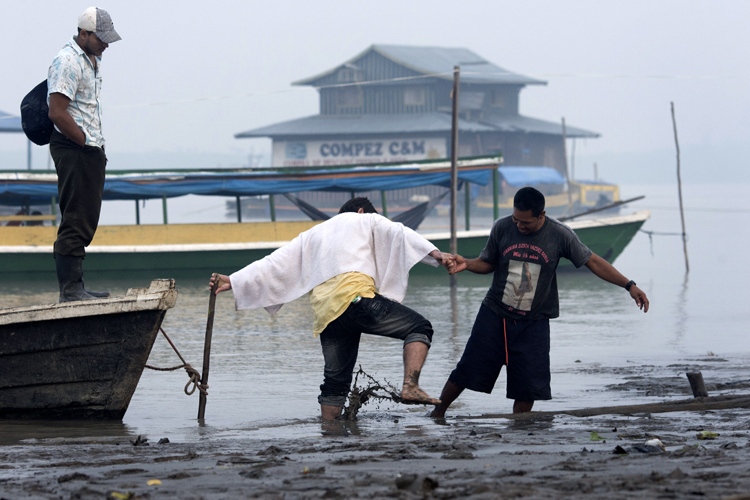 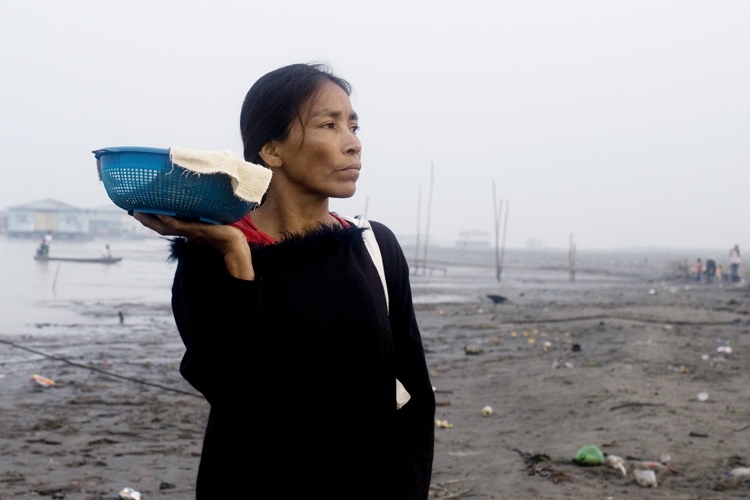 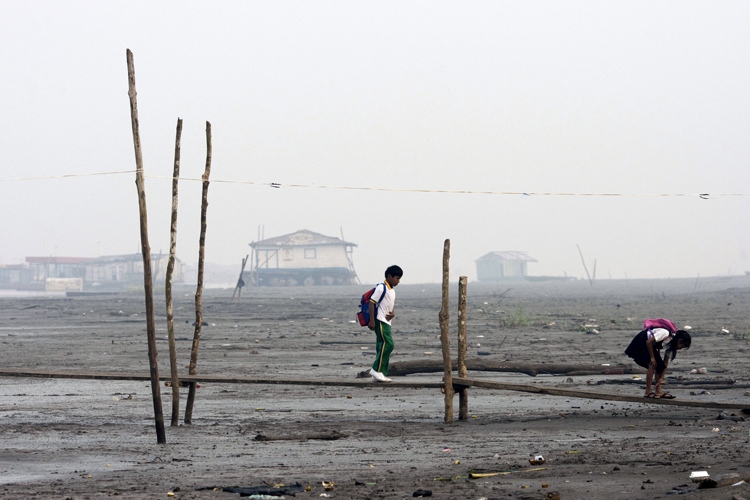 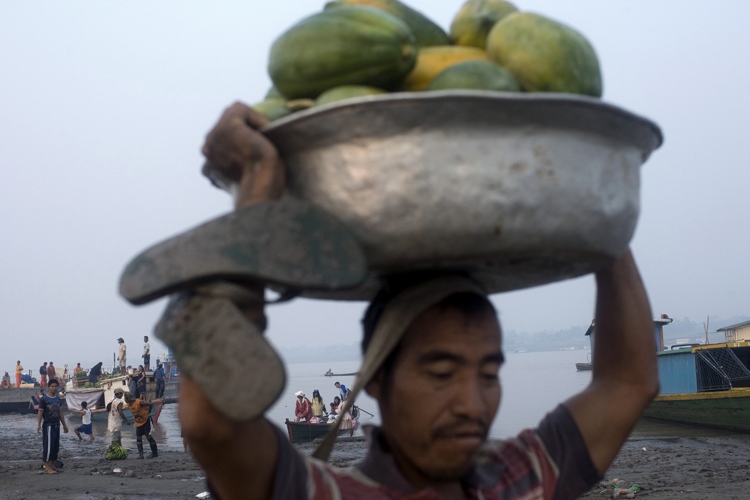 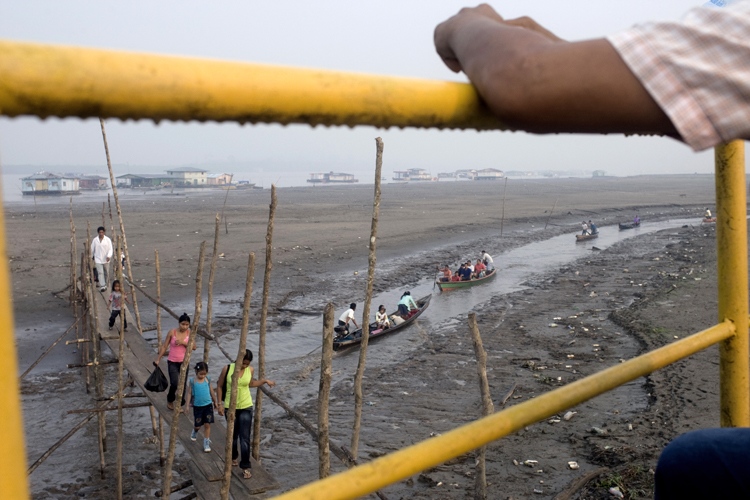 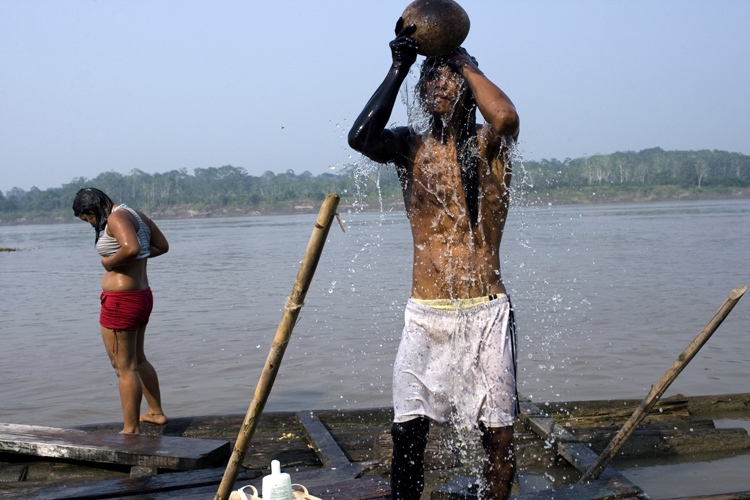 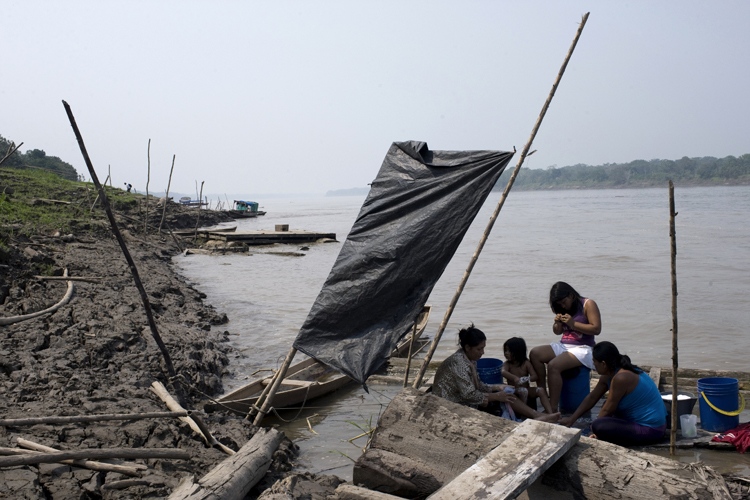 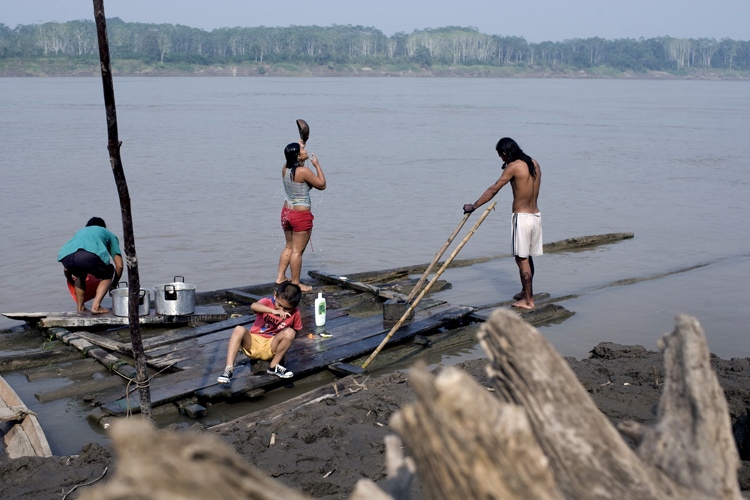 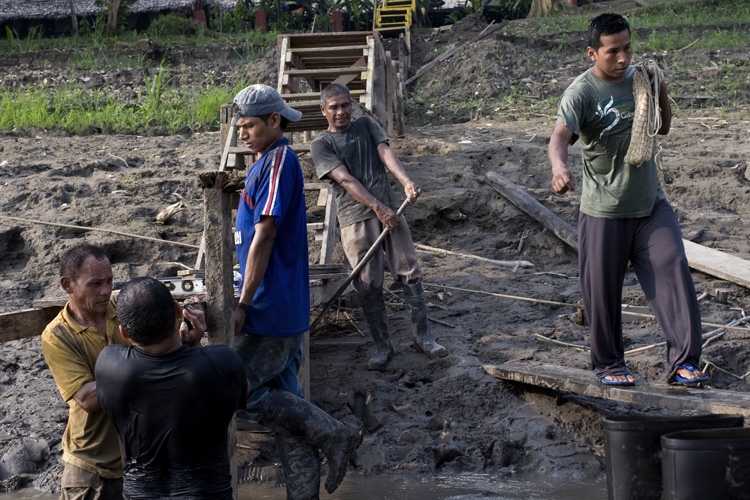 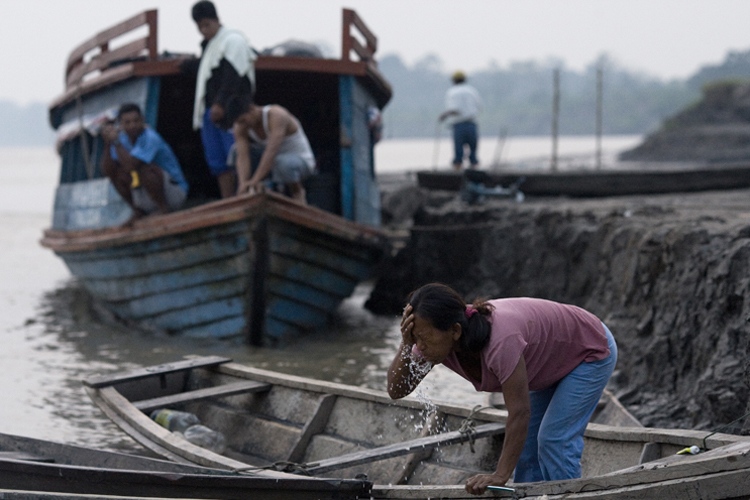 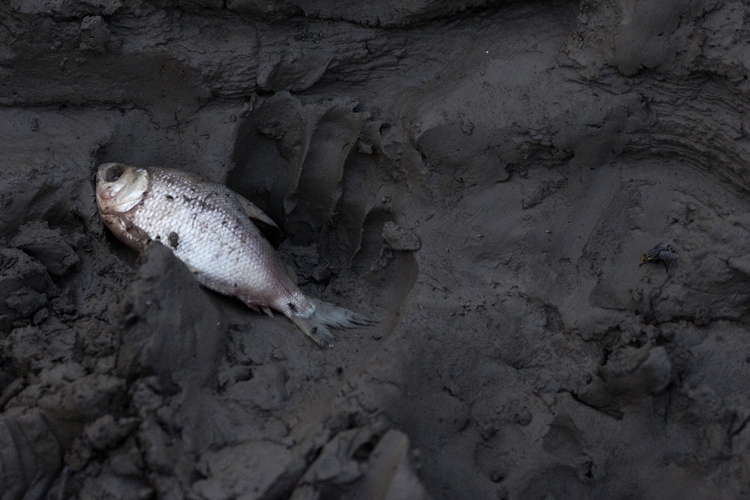 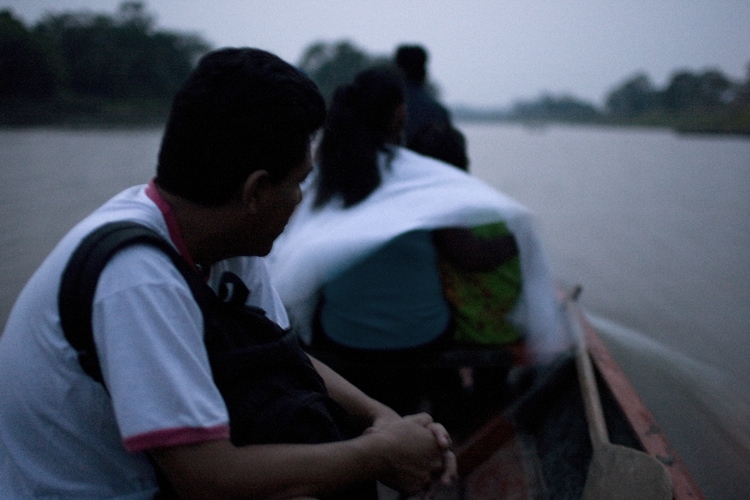 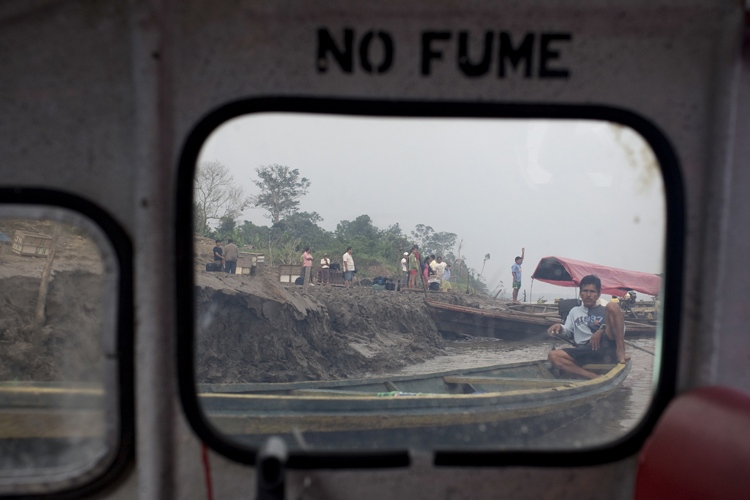 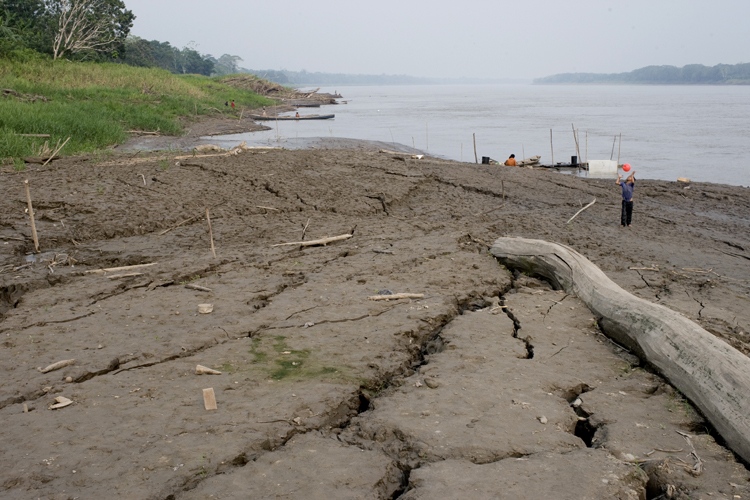 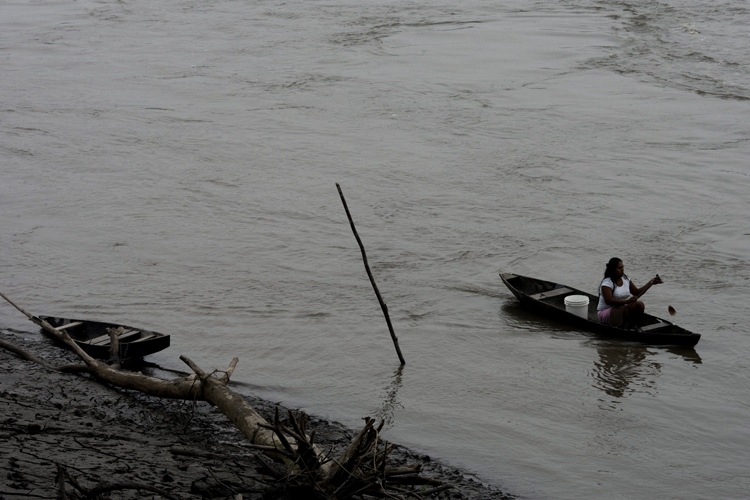 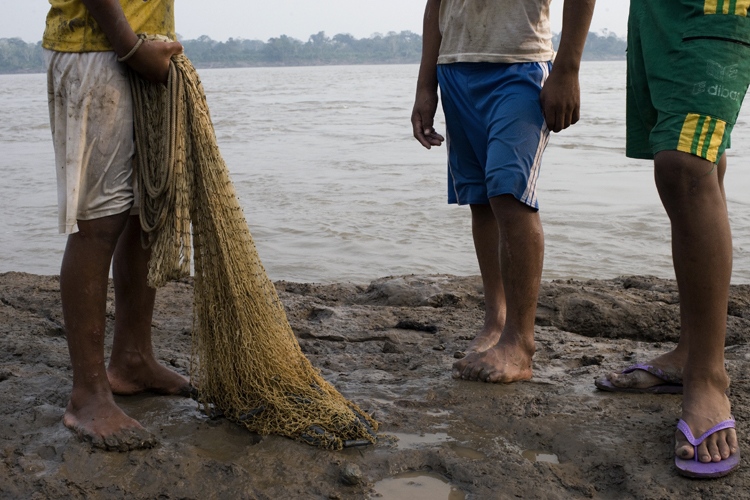 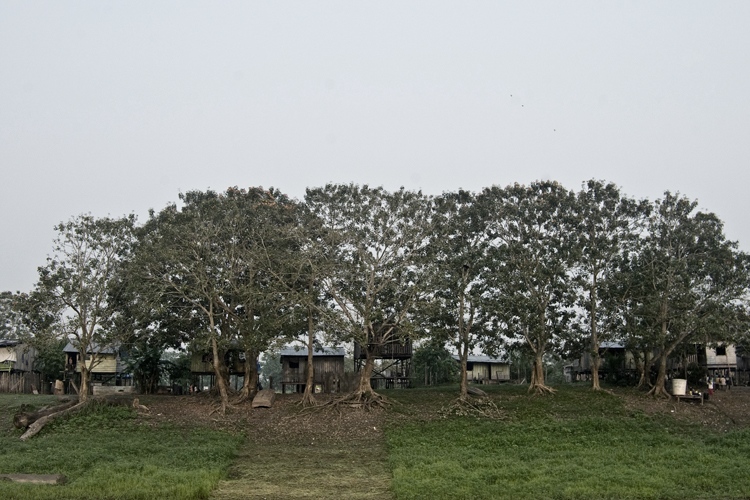 The amazonian forest constitutes the tenth part of all the forests of the planet. This is the river basin that regulates the climate of almost all South America and its Amazon river, is most mighty of the world with a length of 6.580 kilometers, whose origin is born in the Andes on the south of Peru and ends at the Atlantic Ocean at the North coast of Brazil.

A great drought whips the amazonian river basin, and the immediate effect is an alarming reduction of the waters that cross the longest and mighty river of the planet. From July to October of 2010, has experienced one decrease of more than 13 meters and technically the situation can be denominated as an ecological disaster.

The clinical picture of this one green puzzle made up of seven million squared kilometers of exuberant  flora and fauna is worrisome.

The loss of the water levels in the Amazon has caused that thousands of fish and different marine species die, some which are the main food source of the communities that live in the ribieras of the river.

One “virtual” isolation exists between tens of indigenous towns whose unique form of interchange with the world is the boats that circulate through the thousands of arteries that are born from the extensive river. These take the food to the towns and they have remained beached in the hope of rains.

In some segments of the river, the water volume is almost nonexistent being reduced to a water row whose muddy grounds prevent the displacement of the small canoes that transport the food.

One of the more affected parts is the city of Letizia, a small city located in the heart of the denominated amazonian trapeze, in the border between Brazil, Peru and Colombia, at which it is only arrived by air or boat.

This small port becomes a boisterous market at which arrive the natives in their canoes loaded with fruits, vegetables, and fish. The economy of many Indian communities depends to a great extent on the sale of these products and the exchange.

Here the loaded boats of food cannot arrive to the port because of depth in waters, which has taken to a sudden increase of the transport and daily consumer goods.

The drought also affects the daily life in the dispersed communities throughout the labyrinthine basin of the river.

The loss of the water levels in the Amazon and its affluent rivers has caused that the fluvial transport is delayed and navigation can little be viable in certain sections, leaving isolated some indigenous communities that live in the region, totally employee of the rivers, and that suffer to move and to be able to have access to the fuel, the food and the potable water.

The people whose water wells have been dried see in the necessity to drink water from river, contaminated by dead waste waters and animal.

The cases of diarrhea have increased in the region. Many fear that the static waters carry malaria.

They will spend months until the level of the water raises during the season of rains. Inclusively, when that moment arrives, the residents fear that the contaminated water arises to the surface, which would bring about diseases and make difficult the economy.

Some scientists have said that this drought must to the high temperatures of the ocean brought about by the global heating, who ties to the active season of hurricanes in the United States and Central America. The ascending air masses in the North Atlantic could have caused that the air descended in the Amazon, which has avoided the formation of clouds and precipitations and the increase in the low levels of the river basin.

There are some who think that the deforestation also could have contributed to the drought, because the cutting of trees diminishes the air humidity and increases the penetration of the solar light on Earth.

Before this phenomenon, the average of the humid years in the Amazonia repeated every 4 years and the periods droughts each 3, but from the year 2000 all the harmony is had lost and the droughts are appellants more.

In the last 30 years, the Amazonia has lost near the 17 percent of its vegetal layer.

Some experts think that in the 2050, the 40 percent of the amazonian forests of South America will stop existing, and will increase the temperature more than 12 degrees.

By Alvin Baez / Morovis, Puerto Rico — Photography by Alvin Baez. Reporting by Gabriel Stargardter and Hugh Bronstein for REUTERS. In the Puerto..
Jul 10, 2020

By Alvin Báez — Puerto Rico has been devastated by Hurricane Maria, a powerful Category 4 storm that also impacted several..
Jul 9, 2020

By Alvin Baez — Although the historical relations between Haiti and the Dominican Republic have been marked by conflict and..
Oct 8, 2018

By Alvin Baez / SAN JUAN, PUERTO RICO — On the streets of San Juan, Puerto Rico, hundreds of homeless people walk around in a quest for the money..
Oct 8, 2018