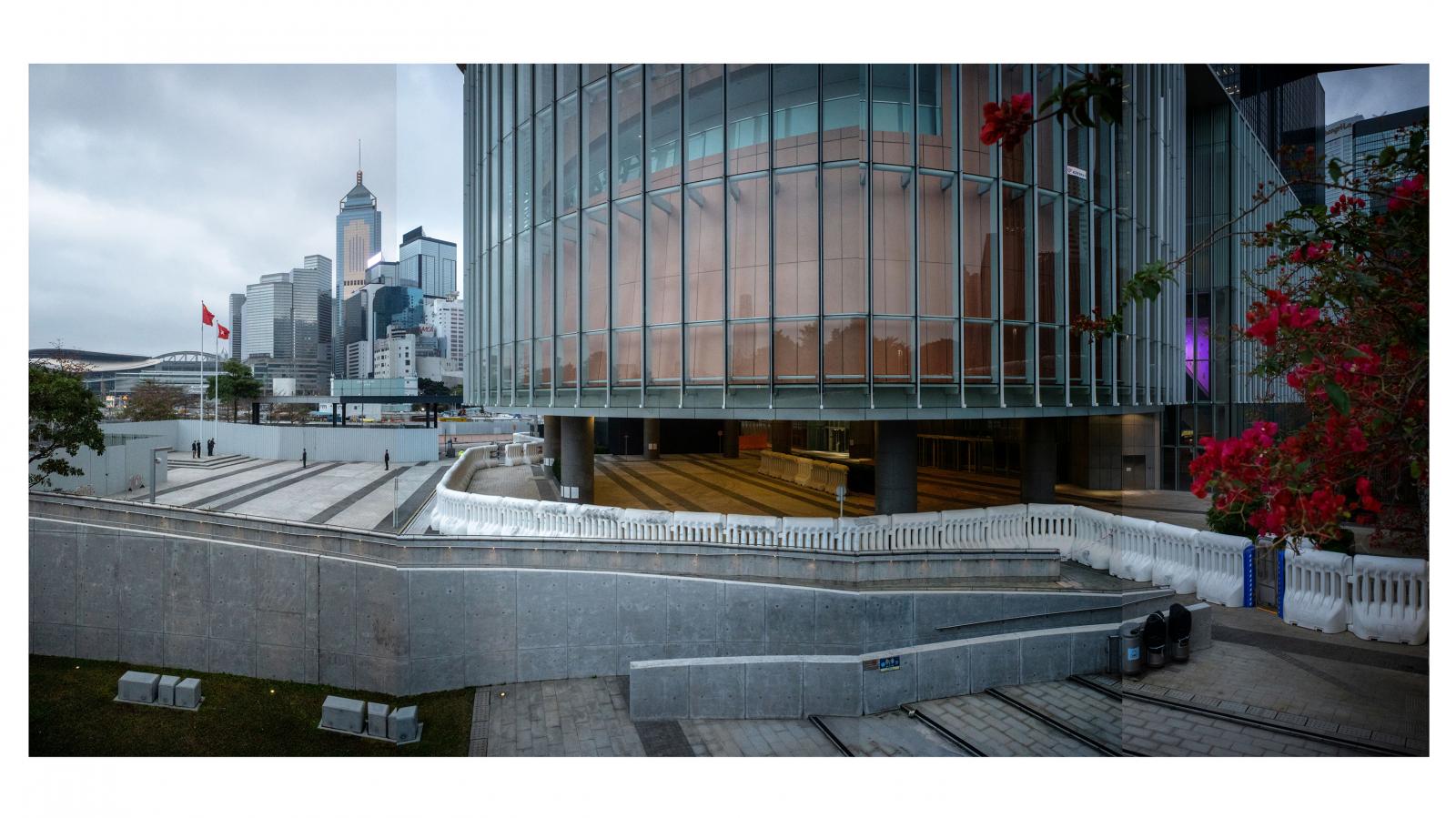 7 of 15 © 2022 Yan Zhao
April 2021 - White paint and colourful spray on a wall in Hong Kong
The words underneath the whitewash was a popular protest slogan that has now been declared illegal by the government. With the colourful outline around these eight Chinese characters, the message is clear. 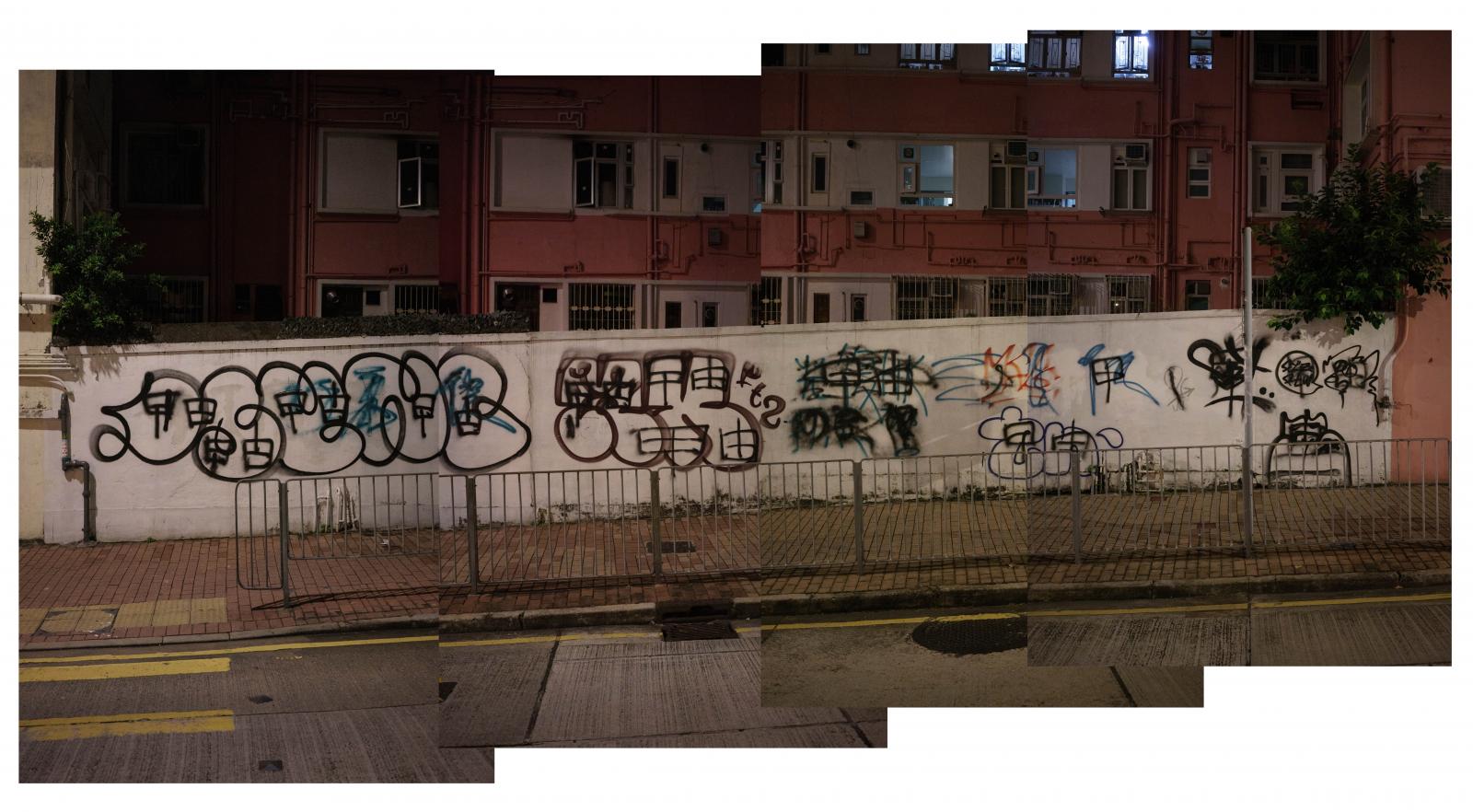 8 of 15 © 2022 Yan Zhao
June 2020 - Graffiti of pro-democracy slogans is seen defaced and painted over by anti-protest graffiti reading “cockroaches” — a term often used by pro-Beijing protesters and the city’s police to insult protesters.

For more than seven months in 2019, I witnessed, as a news wire journalist, Hong Kong turned into a battleground by protesters raging against a proposed law allowing extradition to authoritarian China and an increasingly brutal police force.

After exhausting days and nights of clashes on the streets, the city and my tattered spirit would be salved by a veneer of normality by morning as debris was cleared away for business as usual.

But what couldn’t easily be blanketed was the extensive graffiti protesters sprayed on walls. It was a daily reminder to the authorities of the people’s demands: freedom, universal suffrage, independent inquiry into police abuse.

I shot the panoramas frame by frame as I followed the stretches of graffitied roads walked by hundreds of thousands of protesters. Almost unavoidably, the time, movement of the surroundings and ever-changing lights were captured together with the somehow repetitive space.

By piecing the frames together as a horizontal collage -- using the main subjects as a reference, I hope to show a cityscape different from the financial hub’s typical and iconic verticality.

Much of graffiti has been wiped by the government, but the tit-for-tat battle between protest graffiti and heartless paint is still ongoing, vying for the power of discourse, layering up over the walls.

In its place, I documented water-filled barriers fortifying buildings where local and national authorities are deemed at risk, such as the headquarters for Beijing’s enforcers of the new national security legislation strangling the city.

The barriers are Hong Kong’s new writing on the wall.