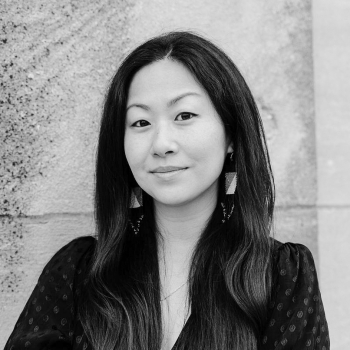 Coverage Regions: USA & Canada
Languages Spoken: English and conversational Korean
Arin Yoon is a Korean American documentary photographer, visual artist, and arts educator based in the greater Kansas City area. Her work focuses on the military, families, and women and issues of representation and identity.

Arin's project "To Be At War" is funded by grants from the National Geographic Society, We, Women, the National Military Family Association, and the City of Leavenworth. She is a member of Women Photograph and an alumna of the Missouri Photo Workshop, and has been a recipient of the Darkroom Residency Program through Baxter Street Camera Club of New York.

Her work has been featured in National Geographic, Reuters, ProPublica, The New York Times, The Atlantic, The Guardian, and The Korea Times.

Arin has exhibited at venues such as the National Museum of Korean Contemporary History in Seoul, Daegu Arts Center, Corcoran Gallery of Art in Washington, DC, Anthology Film Archives and A.I.R. Gallery in New York. Her work on Korean "comfort women" is a part of the permanent collection at the Museum of Sexual Slavery in South Korea.

She has an MFA in Photography, Video and Related Media from the School of Visual Arts and a BA in Political Science and a BA in English Language and Literature from the University of Chicago.